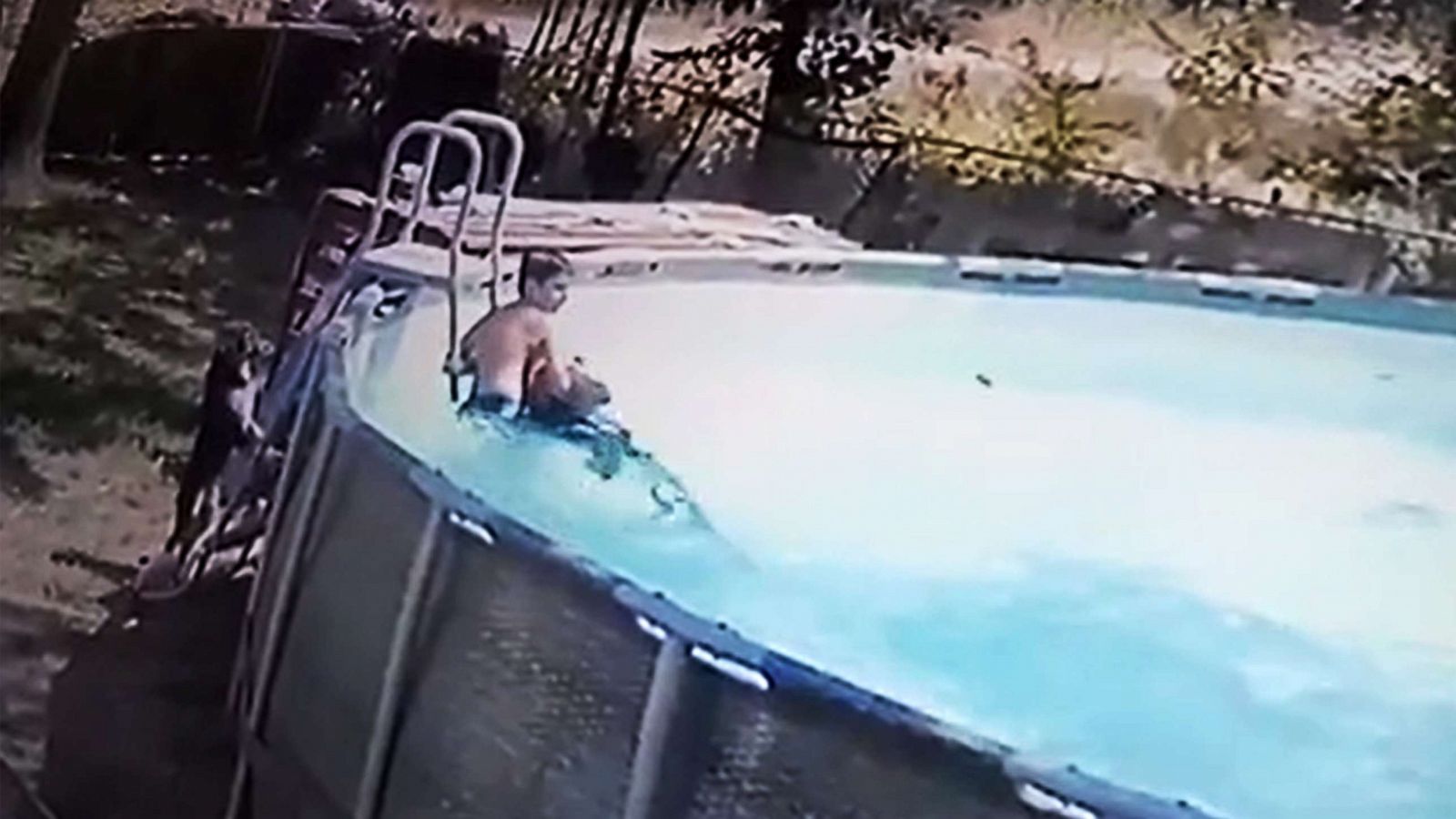 A 10-year-old boy saves drowning mother suffering seizure in pool and this was captured on a security camera.

The footage was then released by the family.

On August 5, 2021, Gavin Keeney saved his mother Lori, becoming her hero for the second time after completing the Heimlich maneuver and dialing 911 in 2021 when his mother choked on lunch.

Gavin Keeney, a 10-year-old Oklahoman youngster who is just like any other kid, is a hero in his mother's eyes. 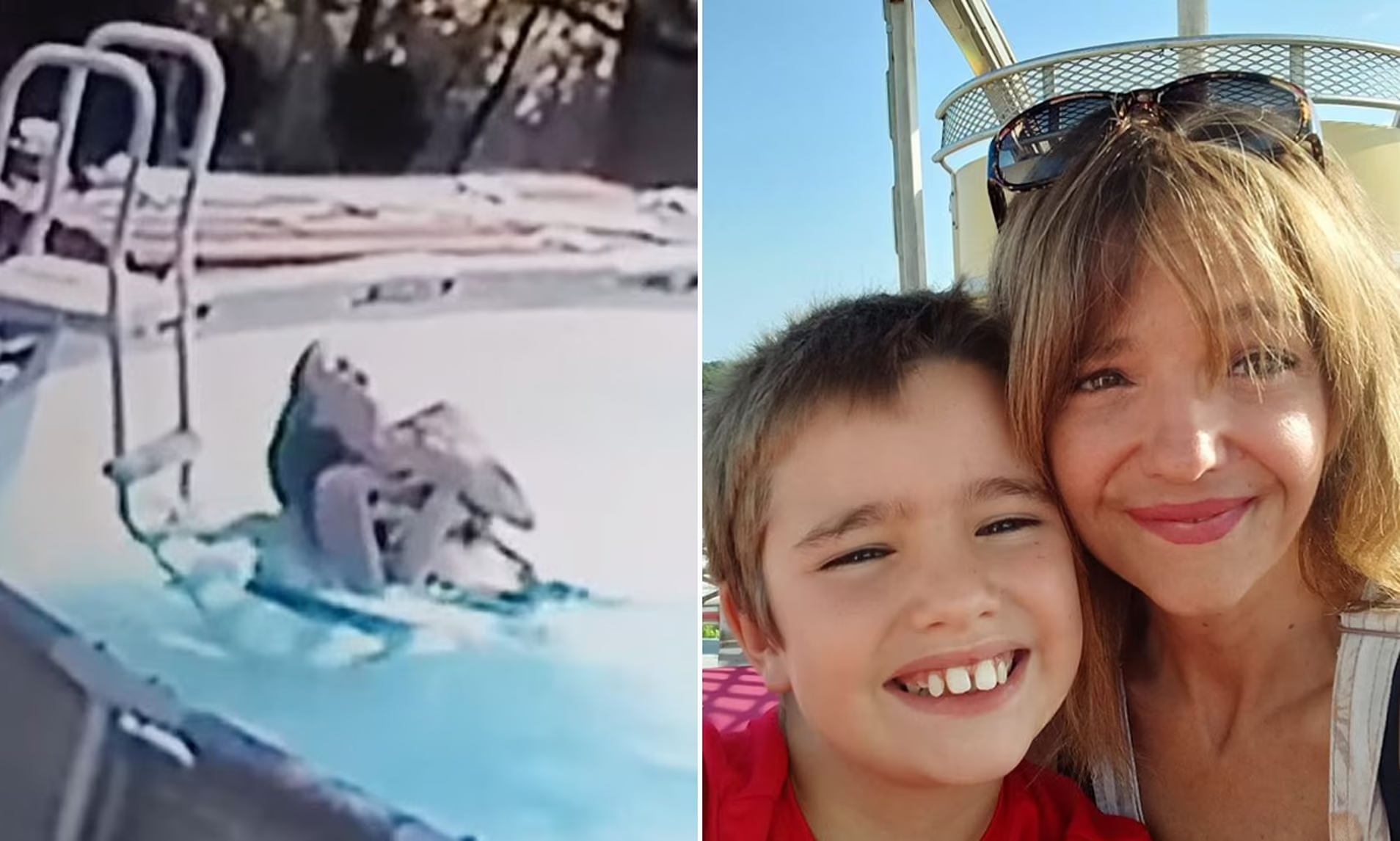 10-year-old Gavin saved his mother from drowning; Gavin and his mother Lori smiling for a selfie

A home security camera caught the moment Gavin 10-year-old boy saves his drowning mother who was suffering a seizure in a pool located in the backyard of their house.

The two decided to go swimming since they were enjoying a "great morning," according to Lori Keeney.

[Gavin] had just gotten out of the pool and I just went into a seizure. It scared me more than I've ever been scared.

As an epileptic, Keeney is prone to seizures.

On the veranda, Gavin claimed to have heard splashing before turning to see his mother "sinking in the pool."

Before his grandfather dived in to assist, he dove into the pool, lifted his mother to the staircase, and kept her head above water for more than a minute.

Gavin said, "I was scared a little bit"

The Kingston Police Department eventually gave Gavin a commendation for his bravery.

Fortunately, Lori's father, Stephen Lowe, who lives next door and was startled by the Keeneys' dogs, sprung into action to assist his daughter.

Lori told Storyful, 'I was told later that he never asked for help.

"My dad, who lives next door, heard the dogs barking and he ran out and jumped in as Gavin held me on the ladder and kept my head above water," said Lori.

One of Lori's biggest nightmares came to life this morning, she wrote on Facebook after posting the footage.

Because watching the video was "very, very hard" for her and because she doesn't like "for anyone to witness when I have a seizure," she claimed she was "hesitant" to share it.

The first time Gavin had to perform a Heimlich technique on his mother was when she began choking on a chip in May 2021.

Gavin tried to help his mother breathe, but he wasn't strong enough, so he quickly dialed 911 and directed the emergency personnel to his mother, who was gasping for air.

As Joshua Gilette, chief of the Enos Volunteer Fire Department, recalled, "She was still breathing, and we started the Heimlich maneuver. After about the third or fourth thrust, it came free."

Gavin got an honorary job in the Fire Department because of how quickly he thought that day.

He’s been through so much with me and my health and he handles it with such grace and maturity,

Proud isn't enough of a word!

Keeney expressed her sincere gratitude for her son, Gavin because this 10-year-old boy saves drowning mother suffering seizure in pool.

"He's definitely my hero," she declared, "But I really do feel like he's my guardian angel, as well."