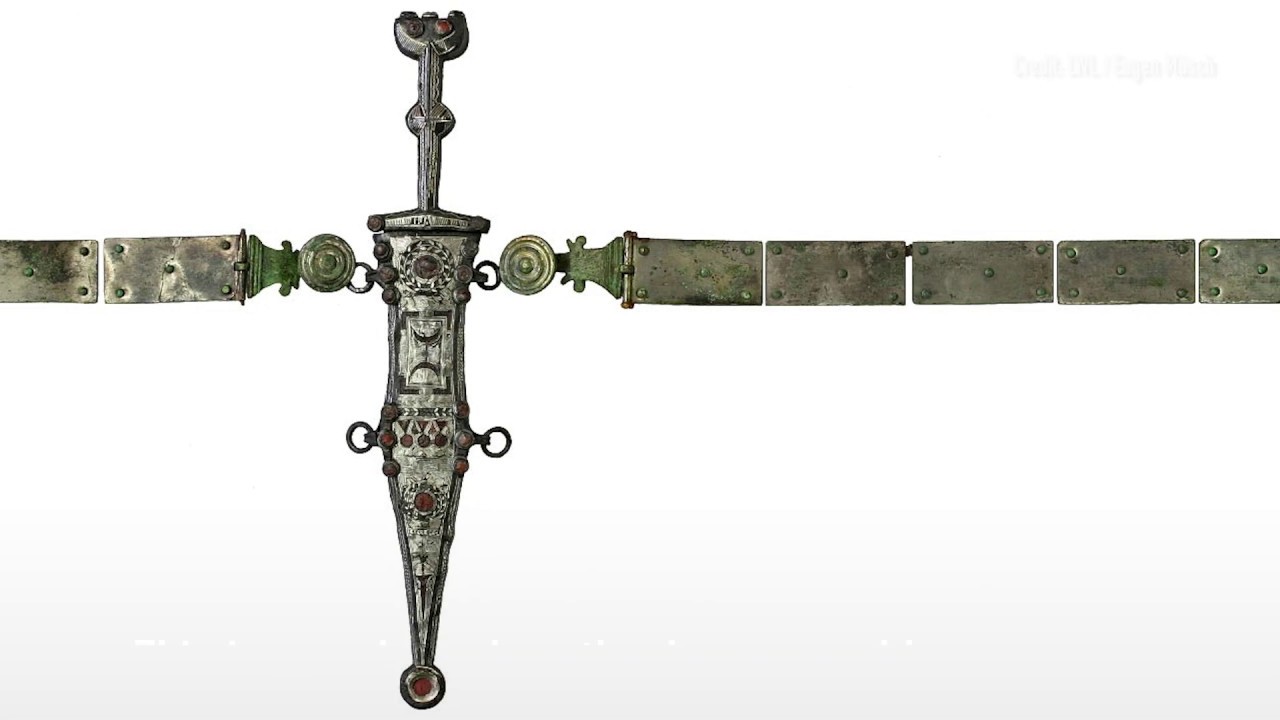 To the extent that temporary jobs or internships go, Nico Calman apparently had a particularly decent one. During his stretch with the Westphalie Department for the Preservation and Care of Field Monuments in Germany last year, 19-year-old Calman uncovered a 2,000-year-old Roman silver dagger blade that might have assisted the Romans with taking up arms against a Germanic clan in the first century A.D.

What Is A Roman Dagger?

Two of the most well-known Roman blade types are the pugio and the parazonium. Fighters in the Roman militaries were given the long, pushing knife called a pugio, which was utilized for close battle, death, and self-destruction.

The Roman pugio (Latin: [ˈpuːɡioː]; plural: pugiones) was a knife involved by Roman troopers as a sidearm. It appears to be logical that the pugio was planned as an assistant weapon, yet its accurate reason for the warrior stays obscure. 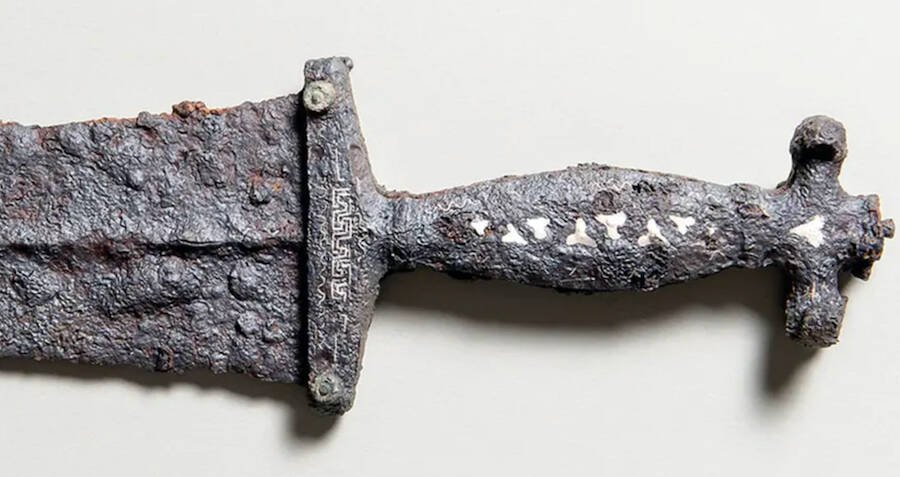 A close up shot of ancient rusty roman dagger

Discovered still in quite a while sheath in the grave of a fighter at the archeological site of Haltern, the weapon was almost unrecognizable because of hundreds of years of erosion. In any case, nine months of fastidious sandblasting uncovered a tremendously ornamented 13-inch-long edge and sheath that once dangled from a matching cowhide belt, reports Laura Geggel for Live Science“This combination of a completely preserved blade, sheath, and belt, together with the important information about precisely where they were found, is without parallel,” Michael Rind, overseer of paleo history at the Westphalia-Lippe chamber, tells Oliver Moody of the Times.

Dating to the Augustan time frame, which endured from 37 B.C. to 14 A.D., the edge and its embellishments probably had a fantastic view of the absolute most embarrassing losses in early Roman history, as indicated by the Times. Around then, Haltern, which sat on the edges of the immense Roman domain, housed an army installation for troopers up to 20,000 of whom were butchered when Germanic clans moved throughout the area in 9 A.D.

Many of these men were buried in a close-by graveyard where the Westphalie group has been gradually accumulating antiquities. The knife being referred to, implanted in an earthen square, showed up while Calman was digging through a trench. Though the knife was wrapped in a thick layer of rust, paleologist Bettina Tremmel immediately perceived its worth and reached restorers to unearth and renovate the cutting edge.

The treatment returned the weapon Roman Silver dagger to startlingly immaculate condition, displaying a sparkling handle and sheath decorated with silver and glass on a scored, tightened iron edge. Likewise striking was the wood-lined sheath, embellished with red polish, that actually stuck to four rings that once appended it to them a distant memory fighter's belt.

The knife's perfect appearance was an obvious sign of status. Be that as it may, the unimposing sharp edge, helpful just at exceptionally short proximity, likely didn't get a lot of activity in the war zone, rather being kept fundamentally as a reinforcement weapon conveyed just when blades were lost or damaged.

Still, expresses Tremmel to Live Science, its disclosure was "enthusiastic" for the team.“We were lost for words,” she adds. “… Though thousands of Roman soldiers were stationed in Haltern over almost 15 years or more, there are only a few finds of weapons, especially complete and intact ones.”

“It was not the normal practice for Roman soldiers to be buried with their military equipment,” Tremmel tells Live Science; the scientists stay uncertain why the weapon followed its proprietor to the grave. 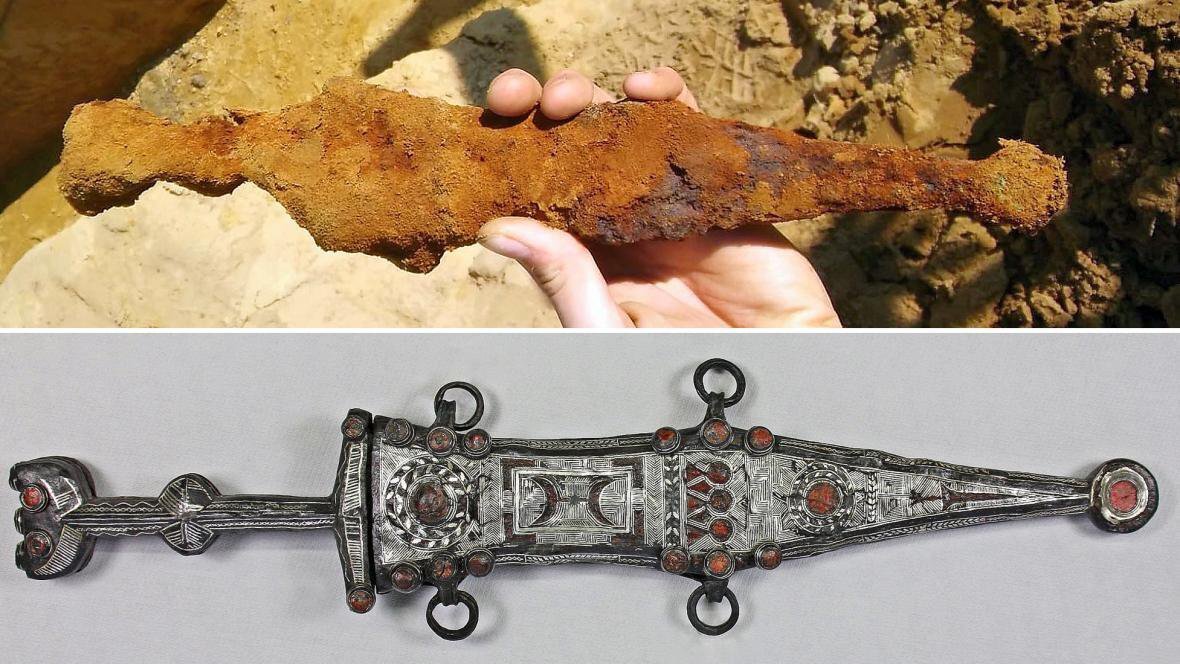 The picture provided above shows the restoration process of a 2000-year-old Roman Silver dagger, which is on Reddit too. This is what people have to say about it.

"Remarkable piece of work, in both the original construction and the restoration."

"It says that it's made of silver."

"I think silver was also forged then, dunno if they could melt it to cast. Might be wrong though."

"You never cast weapons, you only see that in movies. Casting causes bubbles and uneven spread of density, which makes the blade very weak/brittle. It'd break on the first swing.

Especially since it's silver, it most likely was forged as that produces the highest quality.

"And the intern didn't get shit bc he's just an intern?"

"That's not true at all! He got college credit. A three month dig in the desert can net an archaeology student as much as three or four credit hours at most universities.

And he'd be permitted to write a paper about it for his master's program and maybe even publish it as long as he credited his professor as the author and kept his own name in the footnotes.

Editing to add: Only after I posted did I realize I put nothing in this to denote that the enthusiasm I'm projecting here is meant to be facetious and anyone whose never considered graduate school might think I meant it. So... /s"