30 Discontinued Food Products You Loved But May Have Forgotten 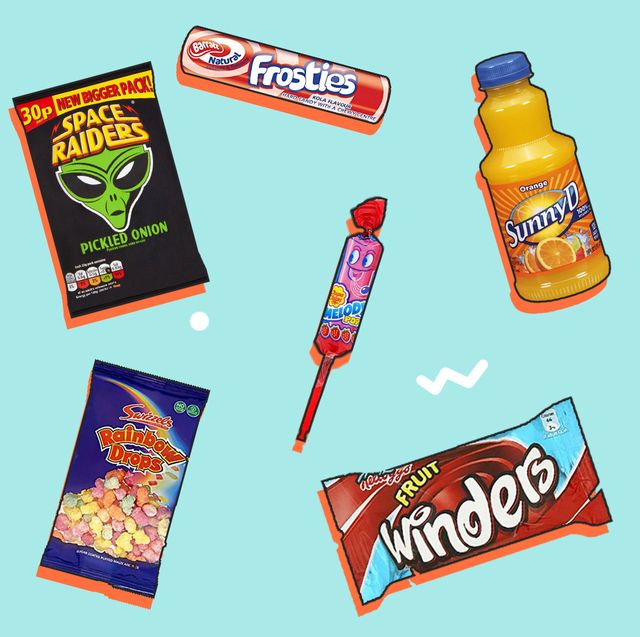 Growing up was never supposed to be easy, but it became a lot more difficult when Turkey Twizzlers vanished from our grocery freezers. Thank you, Jamie Oliver.

We have all felt the pain of craving a food product that no longer exists. For me it was MilkyBar Moments (basically white chocolate Minstrels). Why they were cancelled, I will simply never understand. I mean why get rid of heaven in a packet? They were so delicious and smooth with a hint of milky crunch. Ahhh, snap out of it Sophie.

Having said that, it is important that we look back on our favourite snacks, so that we can appreciate why they made growing up British so iconic. 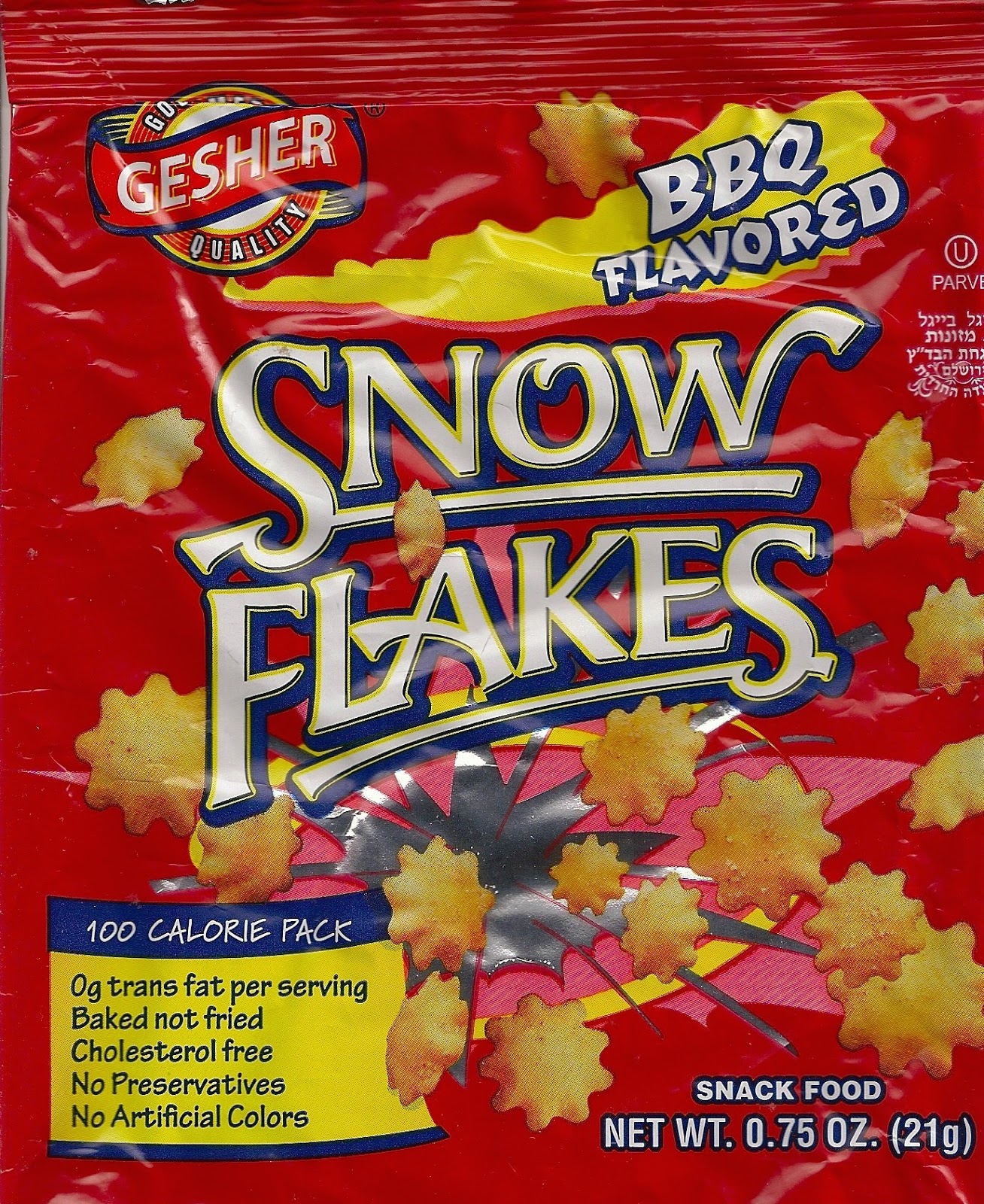 A chips that packed in red packaging

White chocolate flake coated in milk chocolate is the definition of perfection in a wrapper. So yeah, it was a sad loss. 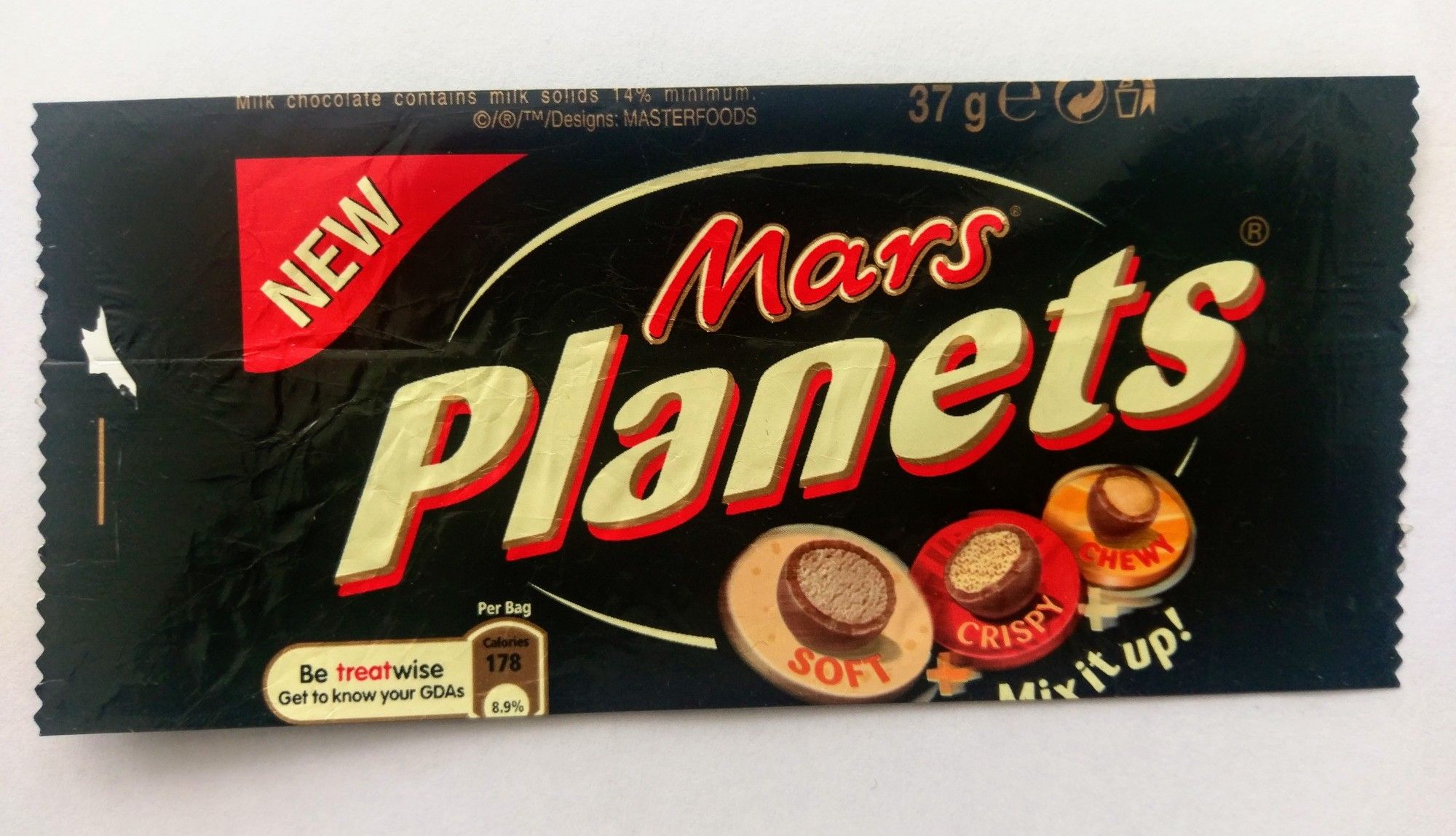 A chocolate in black packaging

These were yummy balls of soft, crispy and chewy treats, inspired by the textures of the well loved Mars Bar. Sadly, they weren’t around for long. 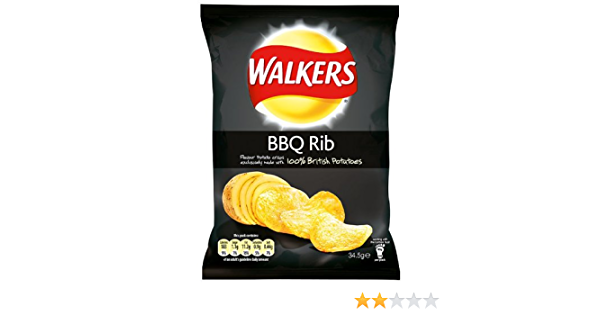 I don’t think there is one Brit that doesn’t wish Walkers BBQ Rib crisps were brought back. Listen to the people! 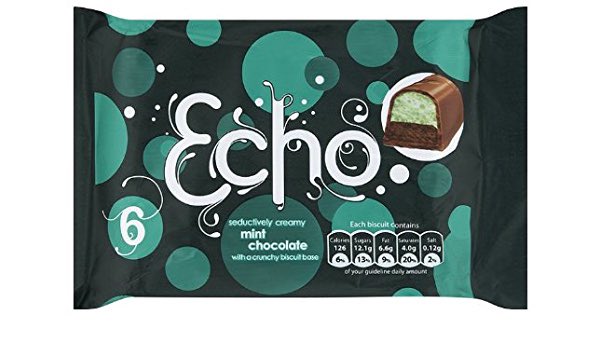 Simple, magical and only 91 calories – the mighty Prawn Cocktail Wotsits. 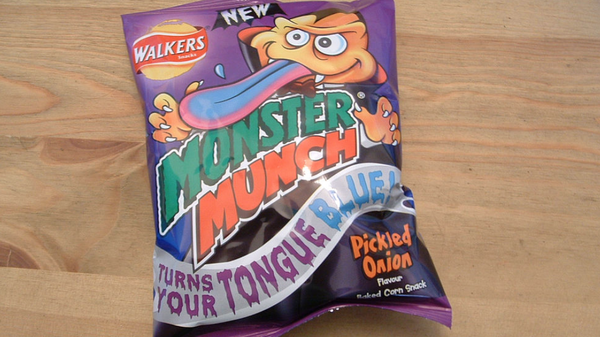 A candy packed in a purple packaging

Kids today wouldn’t believe that we had Monster Munch that turned our tongues blue. These were legendary! 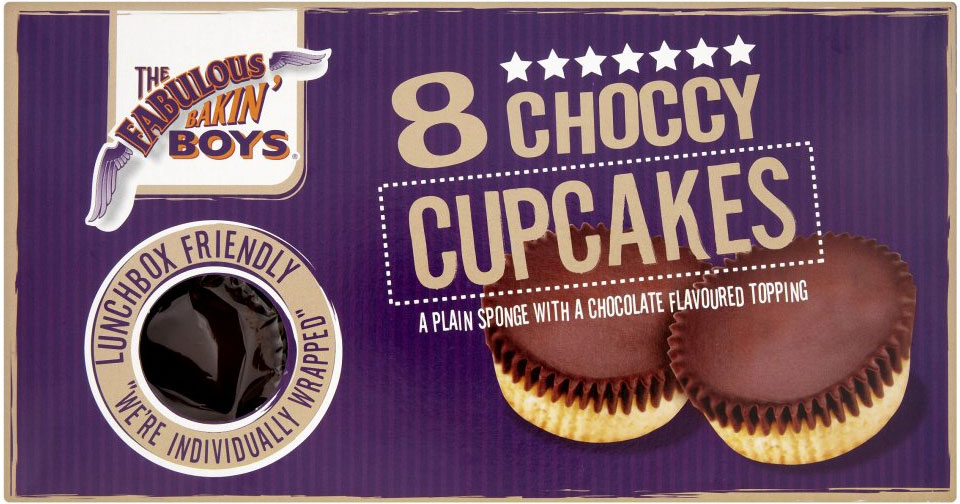 Chocolate cupcakes in a purple packaging

If you didn’t have Bakin’ Boys Choccy Cupcakes in your school packed lunch then you honestly missed out. These were discontinued after being re branded. Why mess with the best? I just don’t get it. 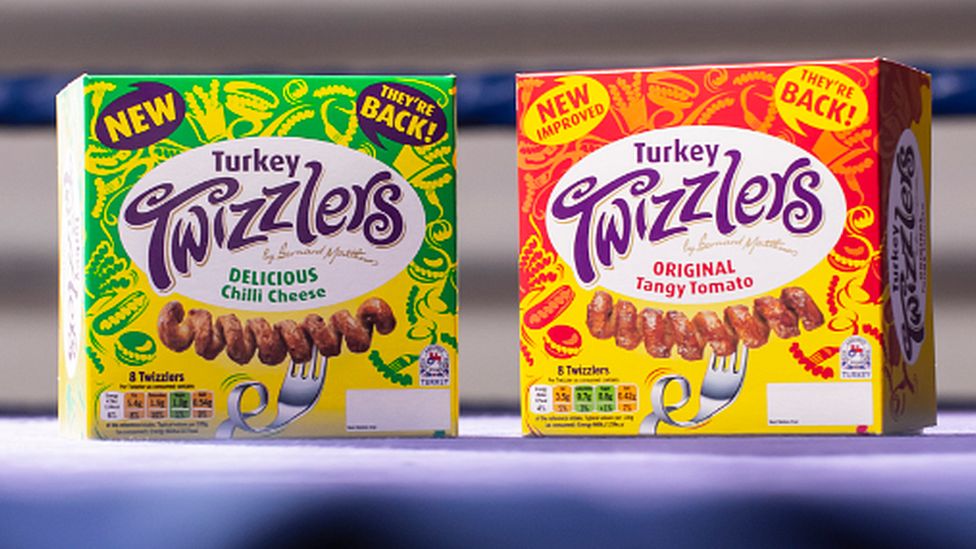 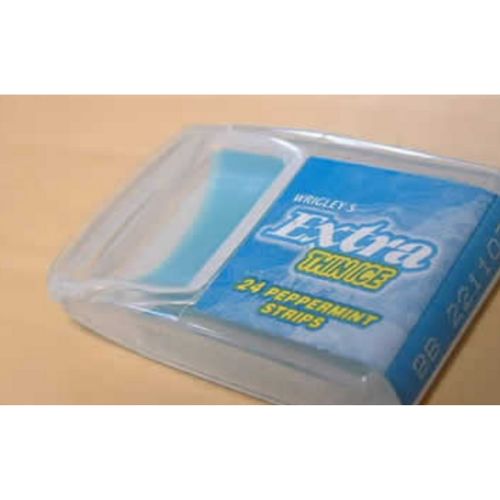 Admittedly, these ‘fresh breath strips’ kind of had a strange texture. But how dare you discontinue them, surely they’re better for the environment than standard gum? 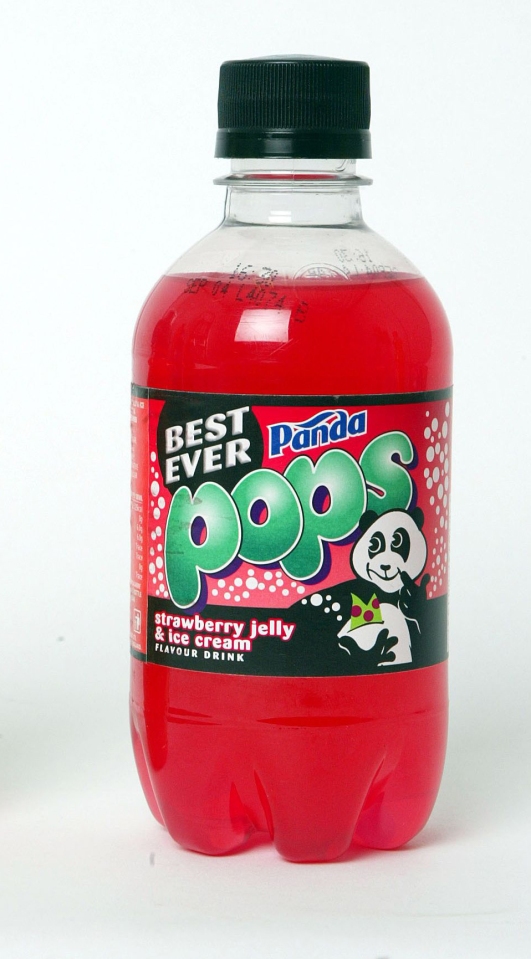 A red drink in a bottle

This drink was the Red Bull of the day, but for kids. With so many e-numbers and dodgy ingredients, it seemed only fair that these were taken from our shelves. Flavours of the epic drink included strawberry jelly and ice cream, blue raspberry, cherryade, orangeade, lemonade and cola. 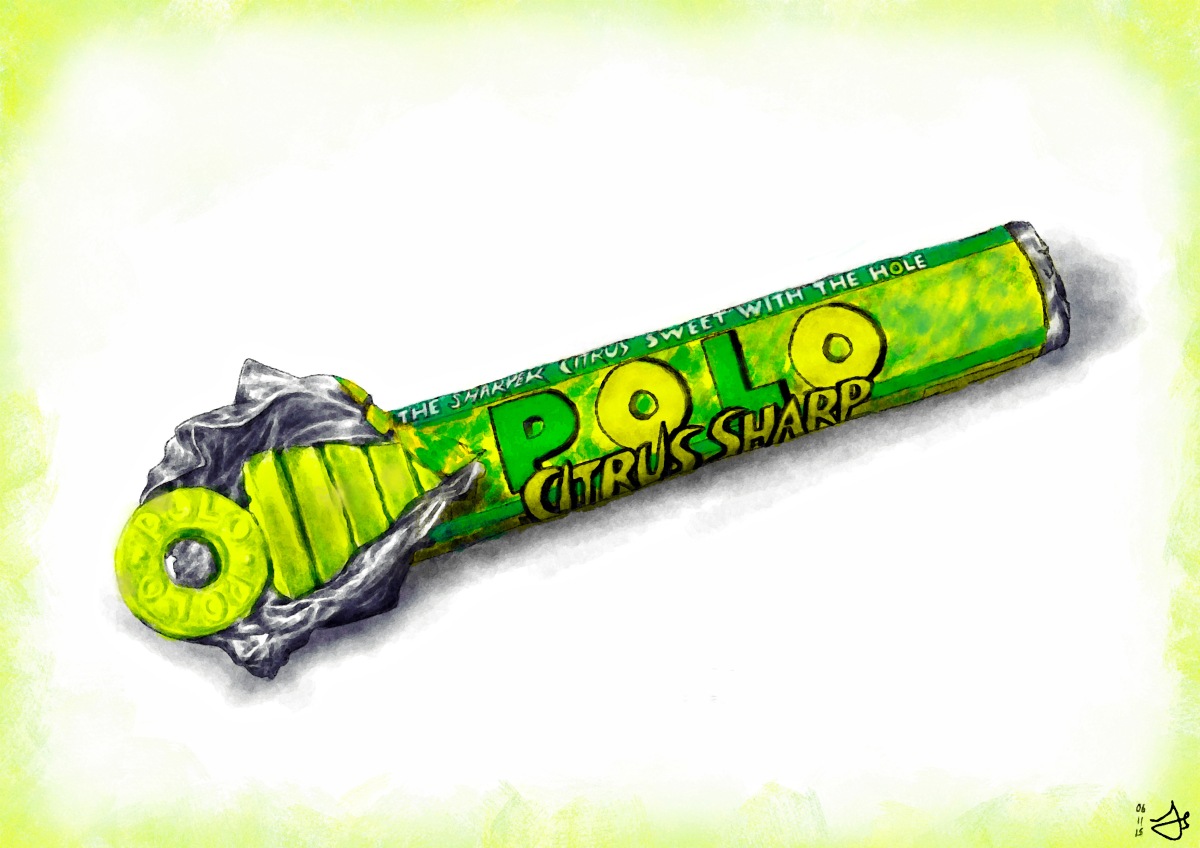 A round green candy

These were lemon and lime flavoured Polo’s and boy, were they good. 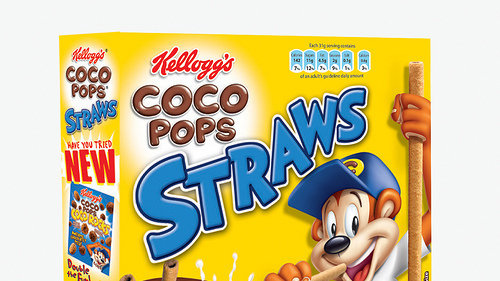 A chocolate fingerstick in a box

CoCo Pop Straws were thin crispy shells with a chocolate and hazelnut lining, designed to slurp up the remaining milk after eating your cereal. The best thing about this is that you could eat the straw afterwards. Nom nom nom. 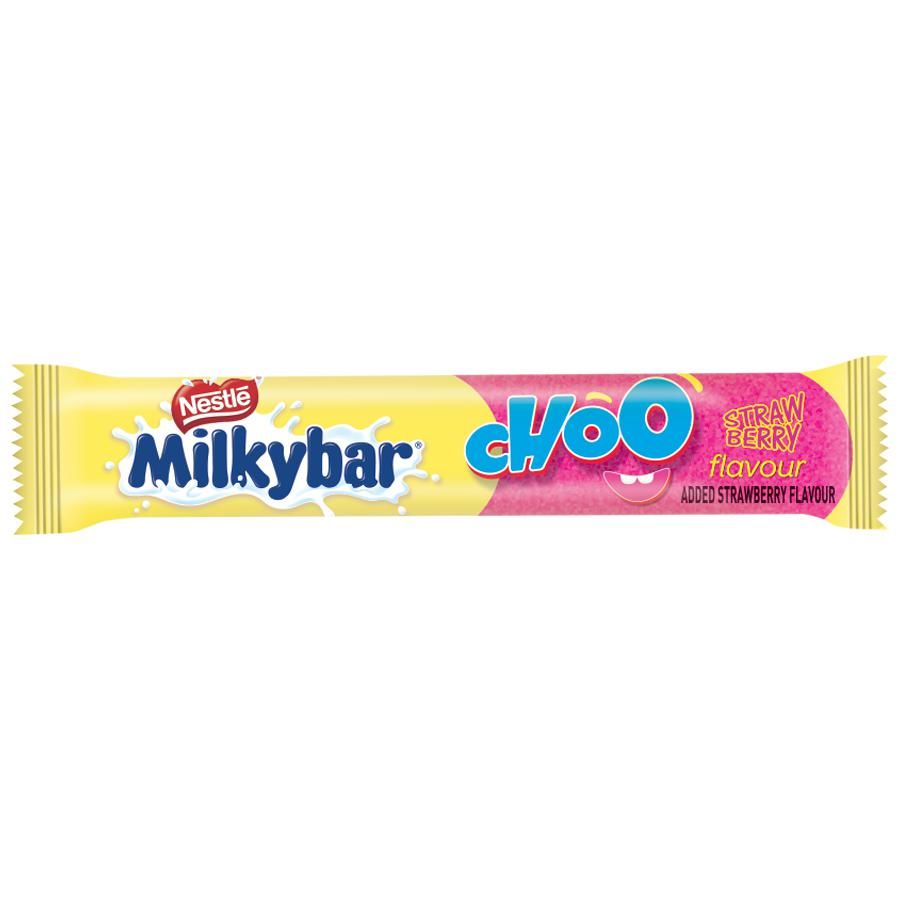 Milky bar in a white packaging

Memorable for its uniqueness, Milkybar Choo was a scrumptious bar of chewy fudge and Milkybar chocolate. We miss you.

An orange drink in a bottle

This was the worlds first soft drink to contain an aerosol container, designed to create a “foamy blast of orange” according to its makers, Britvic. I reckon these got banned because kids shook them and sprayed them on each other on the way to school. They were a bit messy to be fair. 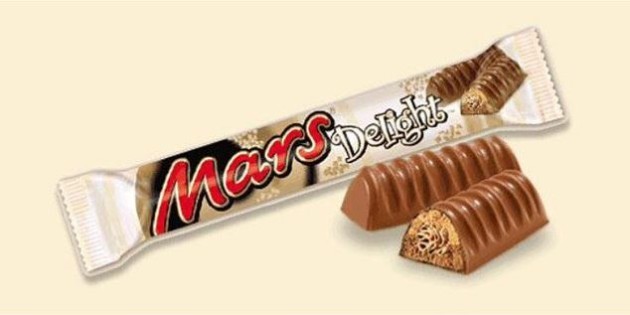 Chocolate bar in a packaging

This was my ultimate ‘go to’ chocolate bar, for whenever I wanted a light chocolatey fix. Mars Delight was a mouth watering treat, containing soft cream and a chocolate wafer middle. 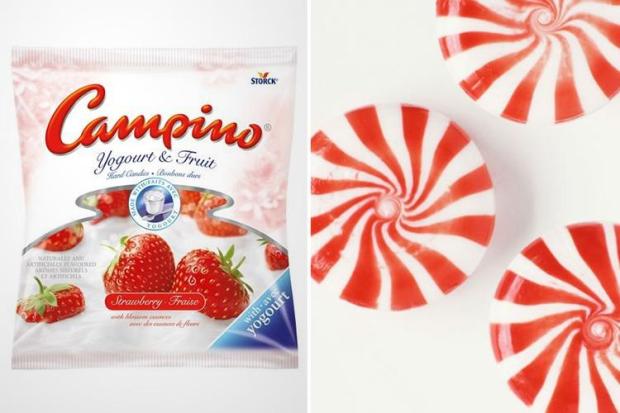 We can never remember the name of them, but we can still taste them! 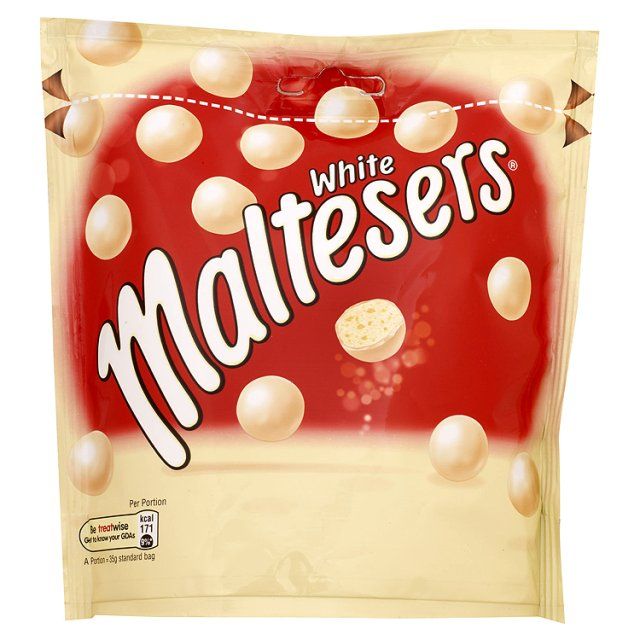 Honestly, if these aren’t brought back soon, I will be forced to melt some white chocolate and dunk normal Maltesers in it. 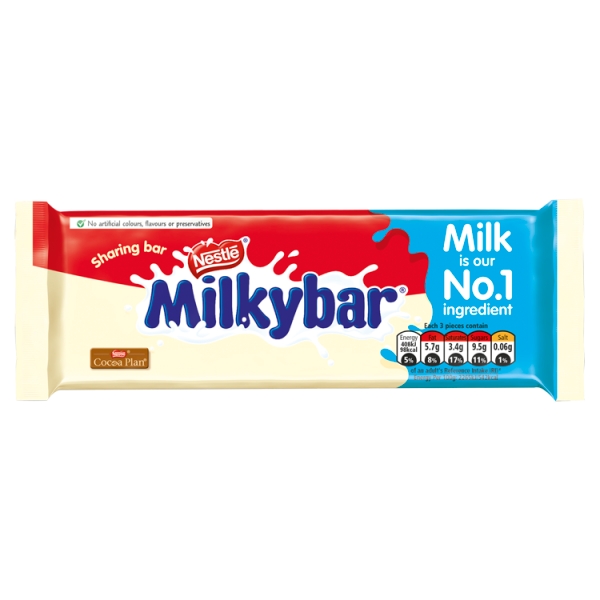 Milkybar in a white packaging

As I said, these were the closest things we ever had to white chocolate Minstrels. 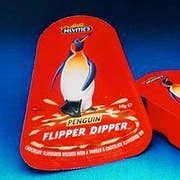 A pot shaped like a small flipper, containing a side of chocolate Penguin biscuits and a dip of white and milk chocolate. Again, these were a lunch box must! 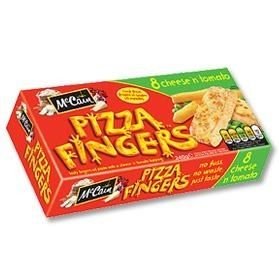 A biscuit that is a pizza flavor

McCain’s Pizza Fingers with a portion of smiley faces and baked beans was my favourite childhood meal. I swear they were also served at primary school. (Sometimes I joined the ‘hot dinner’ gang). 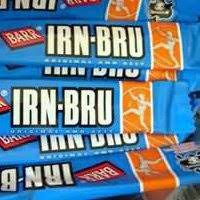 If you love the drink, then you can only imagine how incredible these were. Bright orange and sticky with the perfect taste of Irn Bru. 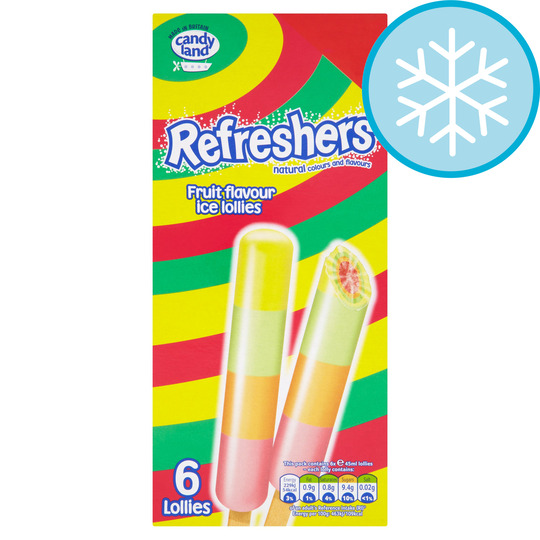 Ice cream that is also a jelly ace

Refreshers Ice Lollies tasted exactly like the sweets but in the form of ice cold poles. Mmmm. 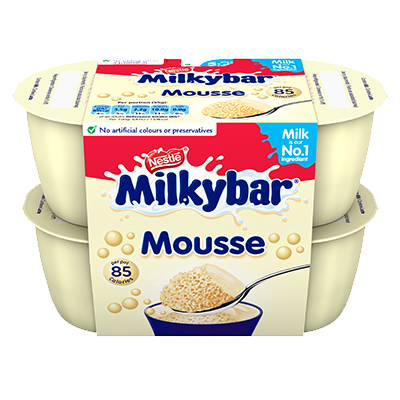 The beloved MilkyWay chocolate bar but in the form of delicious mousse. I have no idea why this awesome invention was cancelled but I’ll still cherish the memories of scoffing these for a secret, midnight snack. 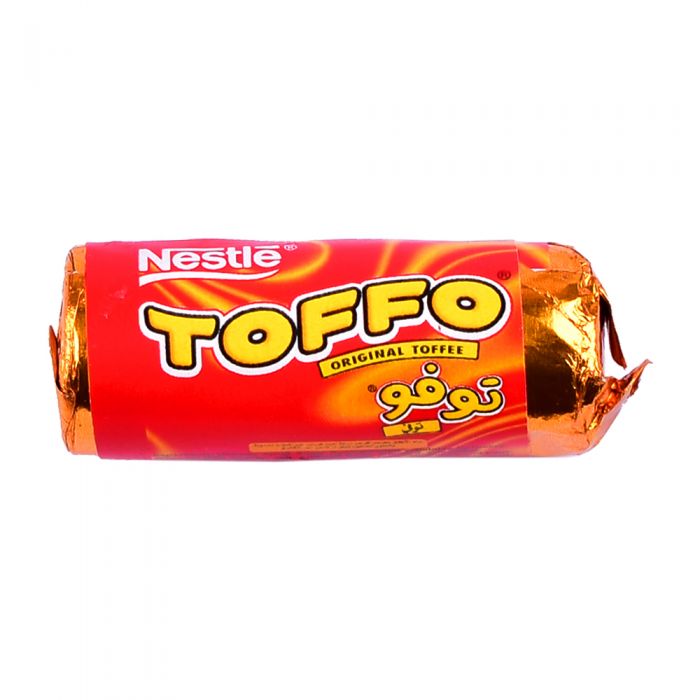 If you went back to the 90s and put your hand in your trouser pocket, you’d probably find a pack of these in there. In three mouth-watering variations, these chewy toffee’s were sold as a standard toffee flavoured version, a mint version and as assorted flavours. 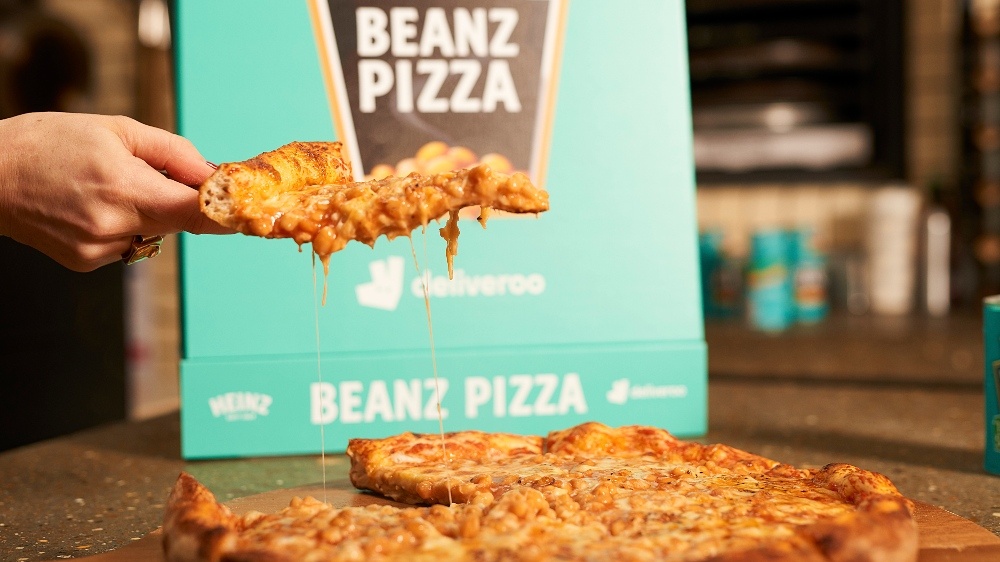 Heinz baked beans on a pizza. I don’t even need to say any more. 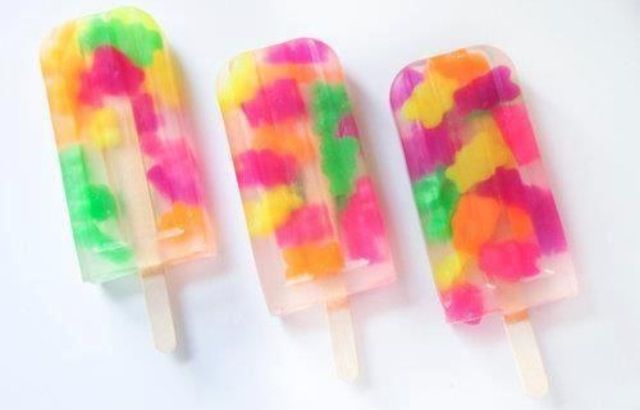 Jelly Baby Ice Lollies were the perfect wobbly treat. I remember these being really soft and tasty, just like the sweets. 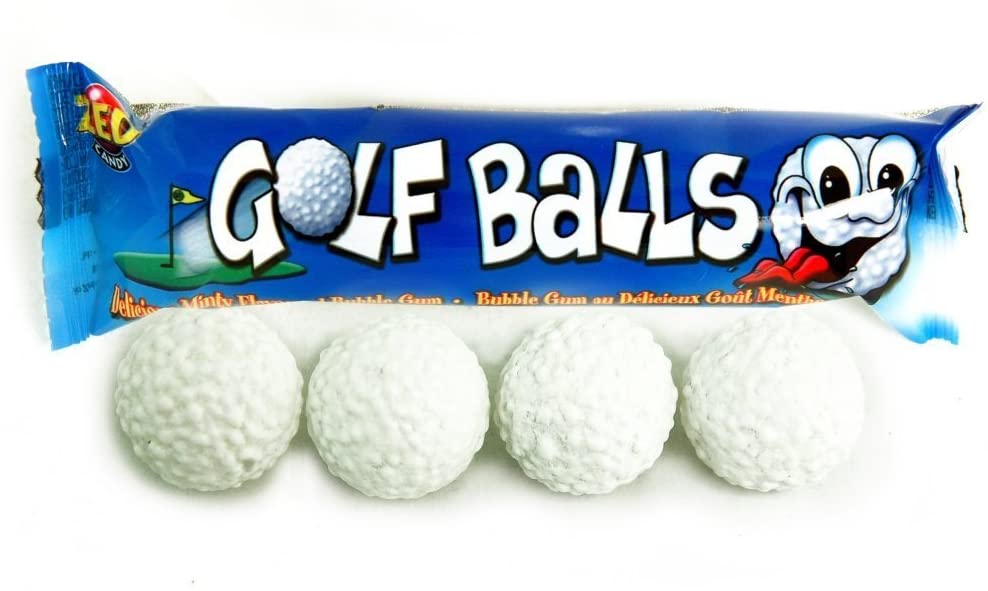 I bought these from my local news agent for 10p each. Admittedly, the flavour went after like 3 seconds of chewing. But still, I want these back. 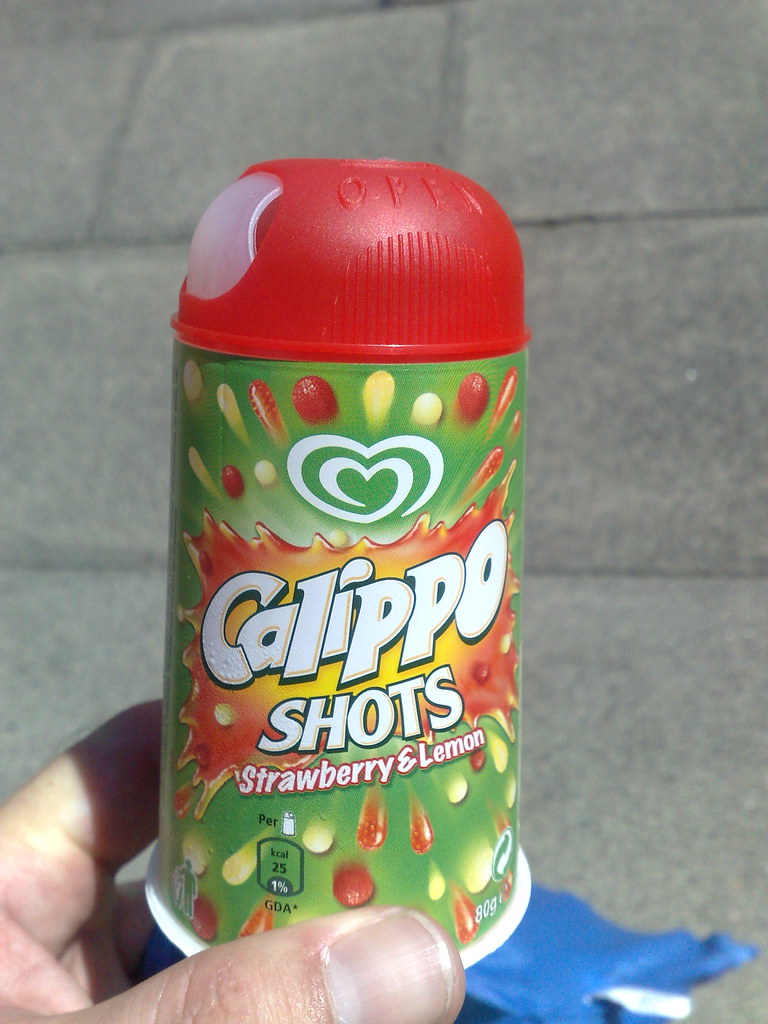 A hand holding a candy

Since these vanished from existence, I swear ice cream vans did too. These tiny Calippo balls in strawberry and lemon flavour were almost £3 a pop, but totally worth it. I’m sure the rest of Britain will agree with me on this. 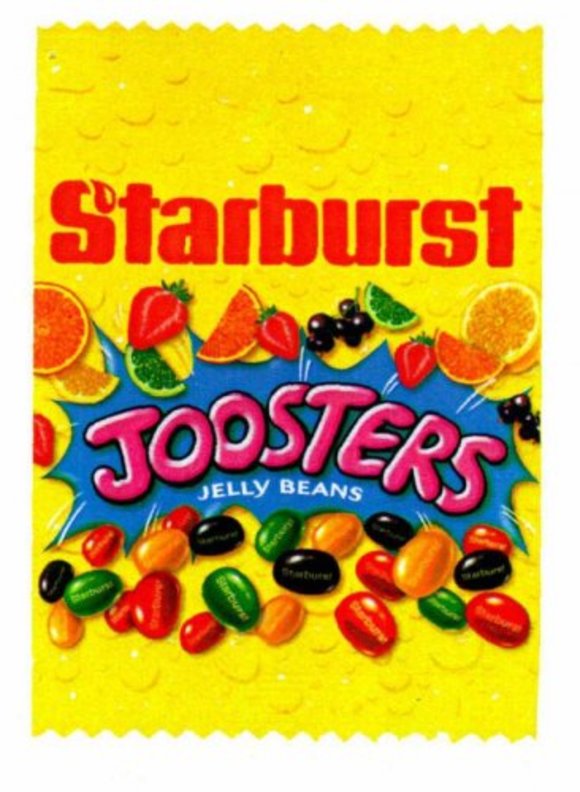 Yeah, Starburst actually made juicy jelly beans. I can only apologise if you missed this. 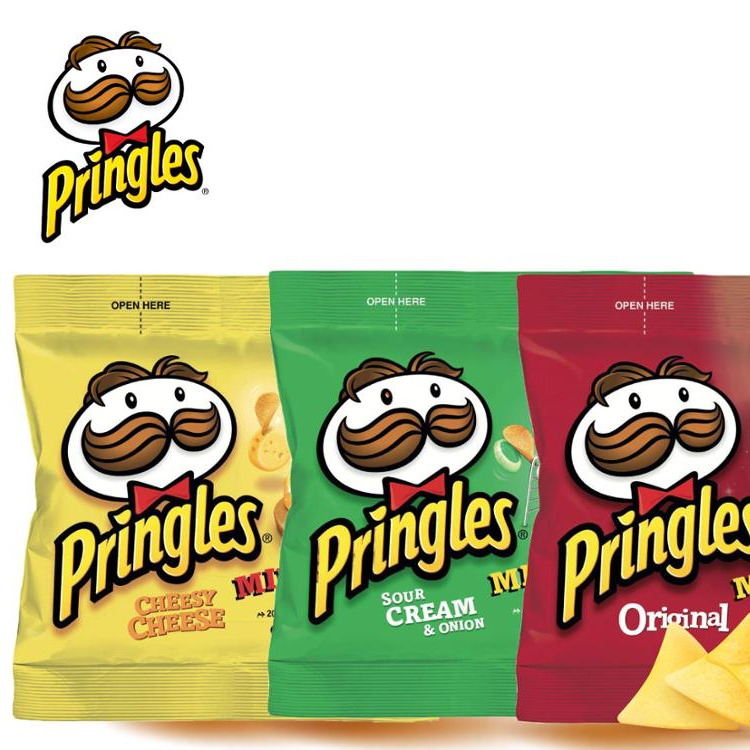 Okay, so Pringles are still very much in existence. But mini Pringles were so adorable and tiny. Why these were cancelled I’ll never know, they were the ultimate lunch time snack.