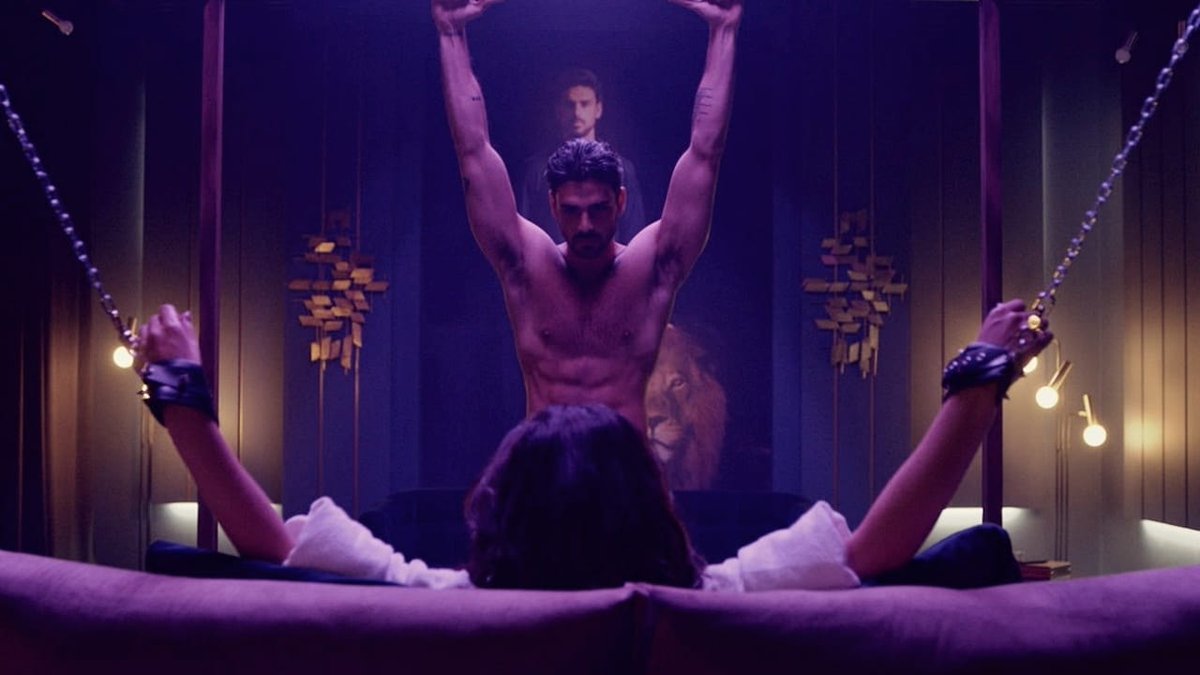 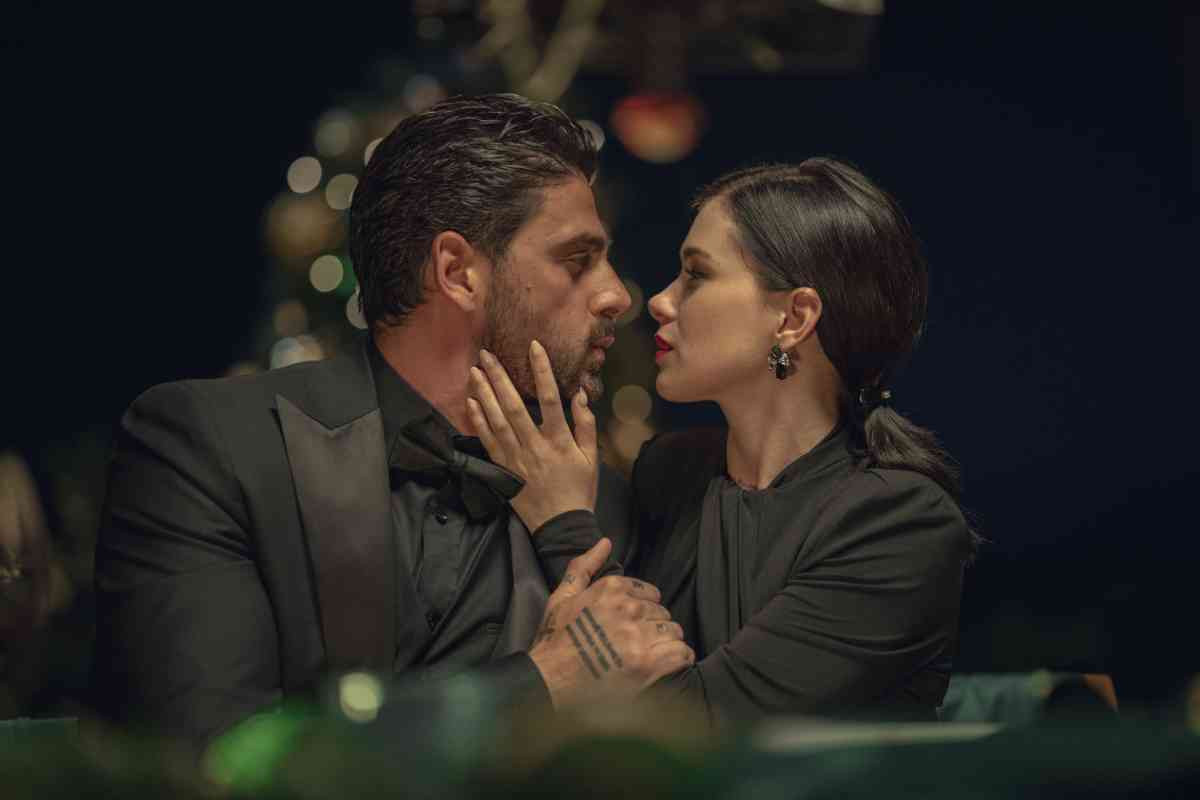 The film 365 Days: This Day (Polish: 365 Dni: Ten Dzie) was directed by Barbara Biaows and Tomasz Mandes in 2022. It is a sequel to 365 Days and is based on This Day, the second novel in Blanka Lipiska's trilogy. It stars Anna-Maria Sieklucka, Michele Morrone, and Magdalena Lamparska. The film was released on Netflix globally on April 27, 2022, to a similarly dismal critical review as its predecessor. The sequel, Next 365 Days, is set to be released later this year.

Massimo and Laura marry at the commencement of the film. Laura had lost her baby as a result of an accident from the previous film. They are both happy until Laura becomes bored because she has nothing to do while Massimo is occupied with his work. Daily squabbles cause her mind to wander to Nacho, Massimo's gardener. Laura discovers Massimo having sex with his ex-girlfriend Anna at a party at Massimo's place one night. She is devastated and leaves the party where she meets Nacho. They both take refuge on an island. Meanwhile, Massimo is perplexed about what transpired and begins looking for Laura. Laura begins to enjoy her life over there while hallucinating about having sex with Nacho.

Nacho invites Laura to see his father one day and informs her that his father is a member of Massimo's rival mafia clan. Laura is stunned and feels misled, but she nevertheless follows Nacho to his father's house. Laura is left with a few guards, while Nacho visits his father. Massimo is arguing with Nacho's father, and it is revealed that they are accompanied by Laura. Nacho suddenly realizes that he has left Laura with the incorrect guards, and Massimo and Nacho rush to her aid. Meanwhile, Massimo's twin brother Adriano kidnaps Laura, and it is revealed that the night Laura saw Massimo having sex with Anna, it was Adriano. Massimo enters the room and attempts to save Laura. Massimo and Adriano had always been competitors. It was all part of Adriano's game plan. Laura flees and is shot by Anna, while Massimo shoots Adriano. The film concludes with Laura laying in Massimo's arms.

365 Days: This Day is the sequel to 365 Days, which already received critical acclaim last year for its steamy scenes and confusing plot. In the film, Michele Morrone plays the role of Massimo, a mafia boss who kidnaps and imprisons Laura, who is played by Anna-Maria Sieklucka, on his farm for a year, giving her the opportunity to fall head over heels in love with him.

The film, which was based on complex issues such as Stockholm syndrome and romanticizing abuse in the name of love, received mixed reviews from critics. However, it was one of Netflix's most popular shows throughout that year.

The reviews were harsh, to say the least. the latest film, on the other hand, has received a scathing review from the critics. According to a Variety review, it is,

is barely a movie. It's the emotionally bankrupt id of late capitalism, a braindead miasma of choreographed sex.

Twitter has been ablaze with amusing responses to the film as well,

The sequel begins with a wedding, despite the fact that the previous part appeared to have ended with Laura's death, as Massimo's enemies went after her in an attempt to exact revenge on him. The official synopsis of the film is as follows: Laura and Massimo are back and stronger than ever. However, Massimo's family ties and a mysterious man bidding for Laura's heart complicate the lovers' lives. Michele was most recently seen in a music video for the song Mud Mud Ke, in which she co-starred alongside Jacqueline Fernandez. Michele had already spoken with Variety regarding the subject,

I’m excited about foraying into the music space in India. It is heart-warming to be welcomed with so much love. I love challenges and Mud Mud Ke posed a challenge that excited me. I thank the people of this country for waiting for my Indian debut.

Eventhough many people and critics shared their disappointment with the movie and gave a lot of negative feedback, many film enthusiasts still show their interest in the said film and wonder if there will be a Part 3. 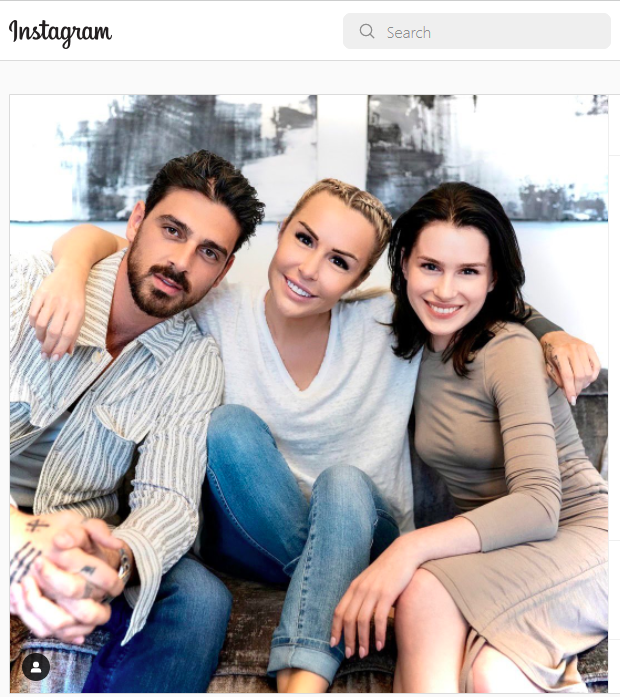 When the cast reunited in the summer of 2021 to film "365 Days: This Day," author Lipiska shared on Instagram that the franchise had been confirmed to continue into a third film, named Next 365 Days.

One thing remains the same in books and movies ... there will be sex, sex and even more sex,

While no release date has been mentioned, it could be coming soon. The second and third films were shot back-to-back in the summer of 2021, according to Deadline and Lipiska's article. The second film was shot in Poland and in Sicily, where Laura and Massimo are from. Given that they were shot concurrently, we may expect to see more Sicilian perspectives in the third film, especially now that Nacho (Simone Susinna), a rival gang leader vying for Laura's heart, is involved. The third book in Lipiska's trilogy, "The Next 365 Days," is now available in English and may provide a glimpse of what to expect in the third film.

The official publisher's synopsis depicts a marriage and a life in turmoil: "Laura's life is a roller coaster as the wife of Don Massimo Torricelli, one of Sicily's most dangerous Mafia lords. She is frequently in danger, a potential victim of Massimo's unscrupulous opponents who will go to any length to eliminate the strong man. And when Laura is gravely hurt in an attack, pregnant, and battling for her life, Massimo is forced to make the most difficult decision of his life. What will he do without Laura? Is he capable of raising their child on his own? What will become of his family, and whose 365 days may be coming to an end?"

While some just find the said film nonesense and inappropriate, many people still liked it especially those who are into this type of movie genre like 50 Shades Of Grey. We all have different tastes and not because someone said it's not good, means it applies to the everyone.