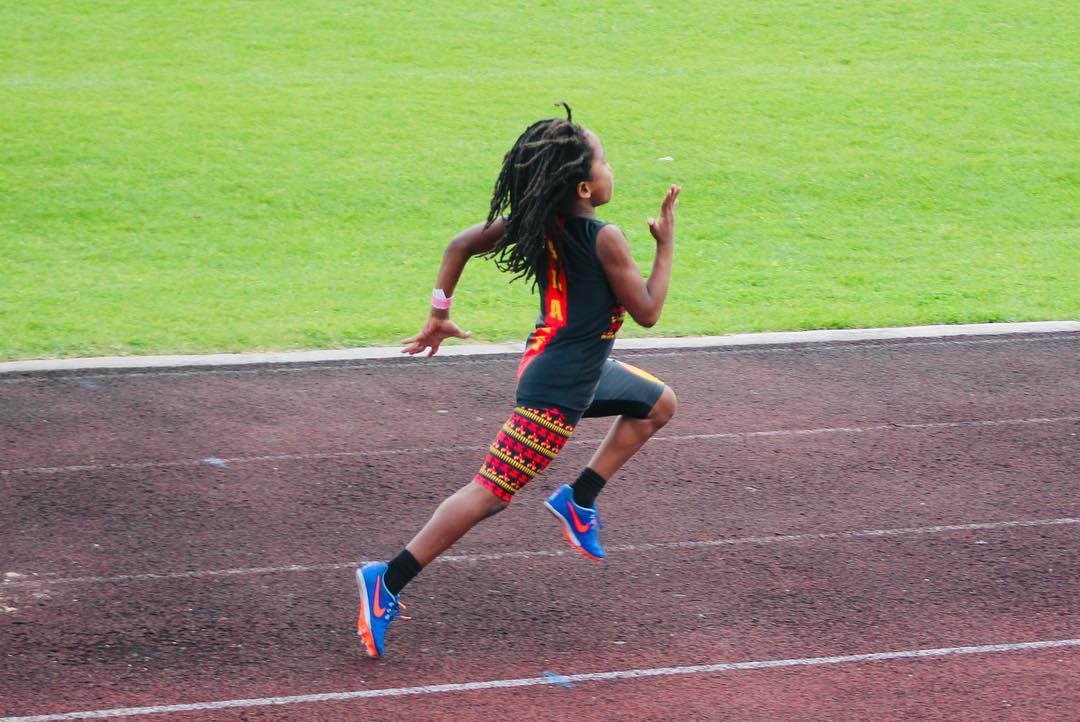 I thought that The Flash, a fictional character, was only seen in movies and other cinemas. We know that this character can run and move exceedingly fast. However, we may embrace, converse, touch, and see him face-to-face in reality. It took the Human Flash 13.48 seconds to run a 100-meter dash, which is faster than most people can run. Everyone is blown away and can't believe how quickly he ran.

Who Is The Fastest 7 Year Old In The World

Blaze, a Florida native, stunned onlookers as he ran a 100m sprint in 13.48 seconds. His father, Rudolph Ingram Sr., called him "one of the fastest kids around" on BBC Radio 5 Live.

Rudolph "Blaze" Ingram was born on August 13, 2011, in Florida in the United States of America. Rudolph Ingram, Sr. is a sports coach and personal trainer who runs the On Key Performance Training Company, LLC. There aren't many details about his mother's name. She is a very supportive mother to all of her kids, no matter how hard it might be for them to go to school or work.

The Other Side Of Rudolph “Blaze” Ingram

His parents are so proud of him because of his achievement in the field of athletics. He might be the fastest 7-year-old in the world, his dad said. There's a lot of love at the top.

Rudolph is also very good at football, playing running back for the Tampa Ravens when he was just six years old in a league for older boys. He also did very well in school, getting A grades in Science, Introduction to Computers, Music, and Physical Education.

Is It Good To Run Everyday

Running every day might be good for your health. You may live longer if you run for just 5 to 10 minutes a day at a moderate pace, according to research. This could help you avoid heart attacks and strokes, as well as other common diseases. Cross-training, strength training, and rest days should be part of your training plan.

The author shows how Rudolph "Blaze" Ingram proves the famous line, "Small but Terrible." Most people see a child as a helpless and unworthy individual. Psychologically, this may have an effect on their sense of belonging or how they perceive their own identity. This article serves as an eye-opener that even a child can serve as an inspiration to others and serve as a role model as a hardworking individual who enjoys and cultivates discipline through physical activity.