A Bengal Tiger Was Spotted Roaming Around A Town In Mexico 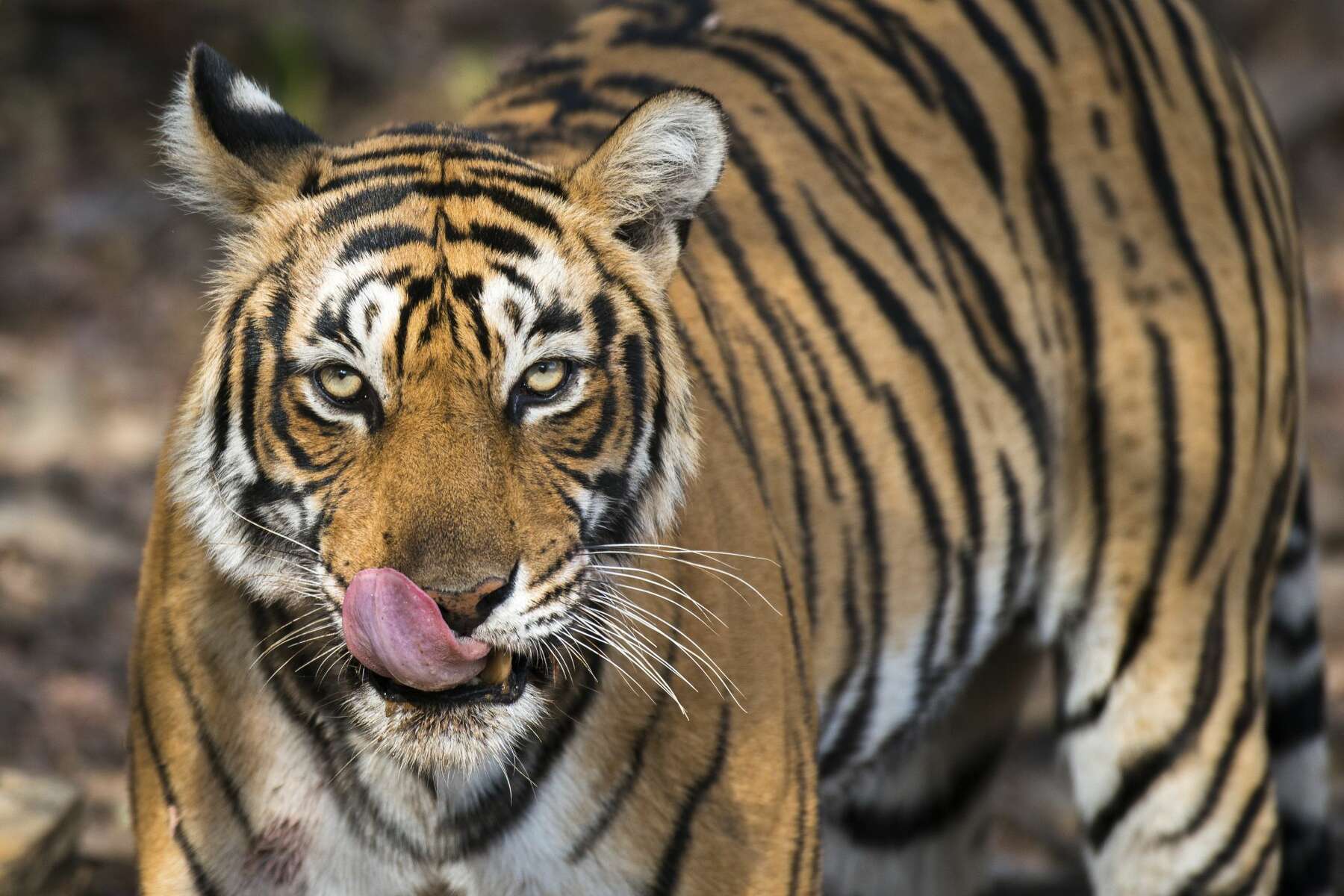 Recently, a Bengal Tiger was spotted roaming around a town in Mexico and the footage of this sighting is quickly gaining traction on various social media platforms.

The Bengal tiger footage cuts to a woman who is suddenly seen confronting a tiger; immediately after this, the woman lets out a terrified cry.

You have probably seen animals (cats, dogs, and cows) walking freely on the streets.

However, if tigers are observed walking on the streets instead of cows and other animals, then the condition of any individual traveling through that area is guaranteed to be negative owing to dread.

As a matter of fact, only lately, a tiger was seen strolling through the streets of Mexico, and video of the sighting is quickly spreading throughout social media.

Following the viewing of this shocking video, you too will be stunned for a brief period of time.

In the video, a Bengal tiger can be seen strolling down the side of the road.

After a while, the tiger can also be seen sitting in front of a truck and relaxing. This video is also shared on Reddit.

Another Reddit user said, " Tigers are vicious, scheming animals and can hold grudge. They don't like human flesh but for whatever reason develop a taste for humans, they are the most dangerous animal on the planet. In early 1900's a single tigress killed more than 436 people before being shot down by Jim Corbett."

The story behind the video of Tiger that has gone popular on the internet comes from Nayarit, Tekuala, which is a state in Mexico.

The footage shows that the tiger is glancing at the people that are walking by while it is roaming on the road.

The video cuts to a woman who is abruptly confronted by a tiger; immediately after this, the woman cries in terror upon seeing the animal for the first time.

The way the Tiger looks in the video makes it appear as though he is exploring the woods.

Even though you've probably seen people rearing animals like dogs and cats, you may not be aware that individuals in some countries (like Mexico, where this Pet Tiger Video was filmed) enjoy the hobby of breeding wild creatures in their homes.

Something very similar can be seen occurring in this video as well, specifically when Tiger is shown to be exhausted and resting on the side of the road, after which a person approaches him and wraps a rope around his neck.

In addition to this, he brings Tiger with him when he leaves the place. And the Bengal tiger just goes without any resistance.

As per the translation provided by DailyMail, a child can be heard shouting “Mommy” before she tells him, “'Shut up! It's not going to do anything to you, it's on the other side.'

During this time, a person who can't be seen is rumored to be cautioning the mother and child not to get too close to the Bengal tiger because of the risk involved.

Animal rights campaigner Antonio Franyuti claims that while it is permitted in Mexico for individuals to acquire exotic pets, it is not unusual to come across a wild cat in the backyards, rooftops, garages, or basements of houses located throughout the country.

However, there are ongoing campaigns to raise awareness and discourage people from buying big cats like tigers, lions, jaguars, and panthers.

Late in the month of April, the lower house of the Mexican parliament cast its vote in favor of a measure by a margin of 463-0, with just one member abstaining from the vote.

If passed, the bill would make it illegal to own exotic animals as pets.

The plan has not yet been put to a vote in the House of Representatives or the Senate, but as of right now, wild cats can be bought and sold online for a price ranging from as low as $25 to as much as $35.

What Is The Famous Bengal Tiger Video Of Mexico?

The video showed that an adult male Bengal Tiger was loose and roaming the streets of a residential area in Mexico, which created both terror and interest among the locals.

In the footage, a young woman can also be heard screaming after coming face to face with the tiger.

A guy can be seen wrapping a rope around the tiger's neck and removing it from the scene when it is spotted waiting for someone later in the video. The tiger's claws had been cut off, according to the local media.

Where Did This Bengal Tiger Incident Happen?

This happened in the Tecuala, Nayarit (Mexico).

Is That Bengal Tiger Kept Illegally?

According to the Sydney Morning Herald, the Attorney General for Environmental Protection (PROFEPA) said the tiger was taken near the border with Sinaloa, which is the home of the same-named cartel.

The government determined the animal was being kept illegally and took action "after receiving reports about a Bengal tiger walking the streets of Tecuala."

What was your reaction when you heard about a Bengal Tiger was spotted roaming around a town in Mexico?