A bidet company is looking to pay someone $10,000 to poo. A weird thing to write, don’t get me wrong, but I don’t get to choose what happens in the world.

There’s all sorts of weird jobs out there, aren’t there? You can’t predict what will be the big next craze in job advertising. One day it’s writing Javascript or whatever, the next it’s having a sh*t.

Tushy is the name of the company – because of course it is – and they want to pay you $10,000 to have regular visits to the toilet, which in pounds is around 8,000. I wager that’s more than what you currently get paid to sh*t. 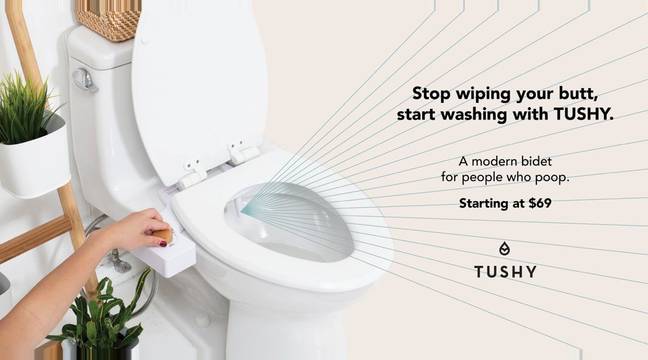 The job they’re advertising for is the “VP for Fecal Matters,” which sounds pretty gross, and in that job you’ll be expected to do the aforementioned stuff, as well as test Tushy’s new products, write about them on social media and interview others about their bathroom habits.

No-one wants to talk about that, do they? So I suppose you’re going to have to be pretty charismatic too, I guess.

The job posting expires in two days on the 10th of July, so you better apply speedily if this sounds like a bit of you. If you do get the job, then you’ll be working with Tushy for three months.

“TUSHY is looking for our first VP of Fecal Matters to ASSist in the day to day op-poo-rations of our #Bidet2020 campaign.

“With guidance from our Chief Pooping Officer, Dr. Mark Hyman, our new VP of Fecal Matters will be testing and studying their own pooping habits and documenting it via TUSHY’s social media.

“This will be a fart-time, (about the average time you spend on the toilet per week), $10,000 contract role.

“On day one, the new VP of Fecal Matters will have a one-on-one with Dr. Mark Hyman and TUSHY’s founder Miki Agrawal to plan out their dooties.

“By week two, the VP of Fecal Matters will have assembled a butt-ton of data around their bowel movements based on their diet and research.

“By their final week, they will have converted more buttholes to the TUSHY movement through their research and content“.