A dog in Hong Kong whose owner has been infected with Coronavirus has tested positive for the virus.

The COVID-19 virus has been making headlines daily since it’s outbreak in December of 2019, and today is no exception to the trend.

This comes after a dog has tested positive for the disease, after its owner was suffering from it.

The Pomeranian has not been exhibiting symptoms of the disease, yet has been seen to be carrying the virus, which it may have picked up from environmental contamination.

Having been subject to oral, nasal and rectal samples, the dog showed a “weak level” of Coronavirus and it currently in quarantine for two weeks as more tests are conducted.

Officials at the Agriculture, Fisheries and Conservation Department revealed that the Pomeranian will be kept in isolation, so it can be monitored. They went on to say:

“At present, the AFCD does not have evidence that pet animals can be infected with COVID-19 virus or can be a source of infection to people.

“The Department will conduct close monitoring of the dog and collect further samples for testing to confirm if the dog has really been infected with the virus or this is a result of environmental contamination of the dog’s mouth and nose.

“Repeated tests will be conducted for the dog and it will only be returned when the test result is negative.“

If the dog tests positive for having Coronavirus, rather than just carrying it, it will be the first confirmed pet to be infected by the pandemic virus.

Thought to originate from eating bats and/or snakes, it was previously believed that animals couldn’t be infected by the Coronavirus, which is what led to the general amusement of the sighting of a cat wearing a face mask. 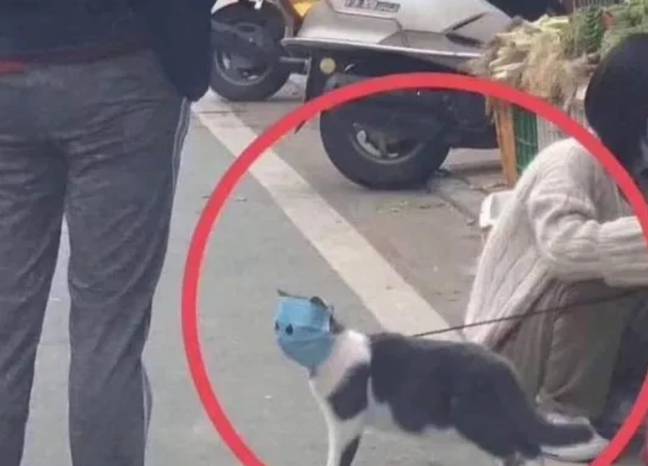 Obviously that doesn’t excuse the actions of that mask. It’s very pointless.

Dangerously so in fact, as the integrity of said mask would be entirely ruined by the new additions. It would be like cutting some air holes in your swimming goggles.

There’s all sorts of things that make this mask a total waste of time. It’s cute, sure, and it makes the cat look like that round knight character from Smash Bros. (the one with the wings) but masks aren’t even that good at protecting humans. 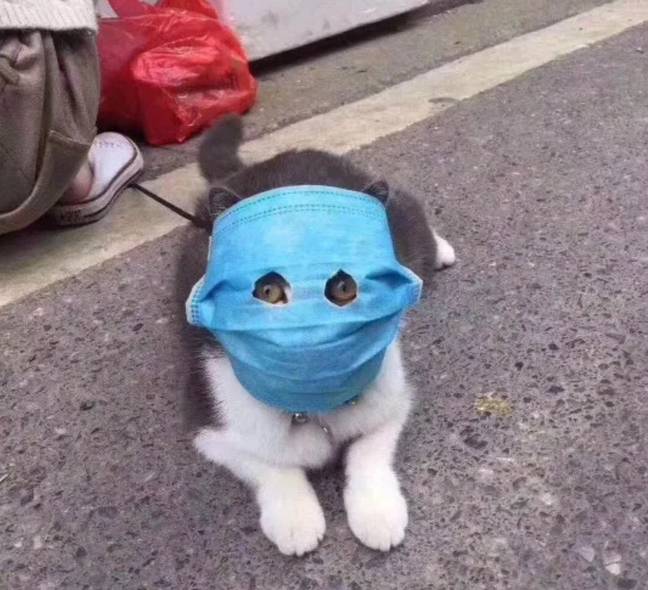 The issue is that they’re too loose, don’t cover enough space, don’t get replaced enough and they look incredibly lame (the last one is a personal issue).

Speaking to the BBC, Jonathan Ball, professor of molecular virology at the University of Nottingham, said:

“In one well controlled study in a hospital setting, the face mask was as good at preventing influenza infection as a purpose-made respirator.

“However, when you move to studies looking at their effectiveness in the general population, the data is less compelling – it’s quite a challenge to keep a mask on for prolonged periods of time.”

It’s not a new stance at all, but I really hope this all blows over very soon.