A Large Sinkhole In Chile Appears Suddenly And Ranks Among Deepest 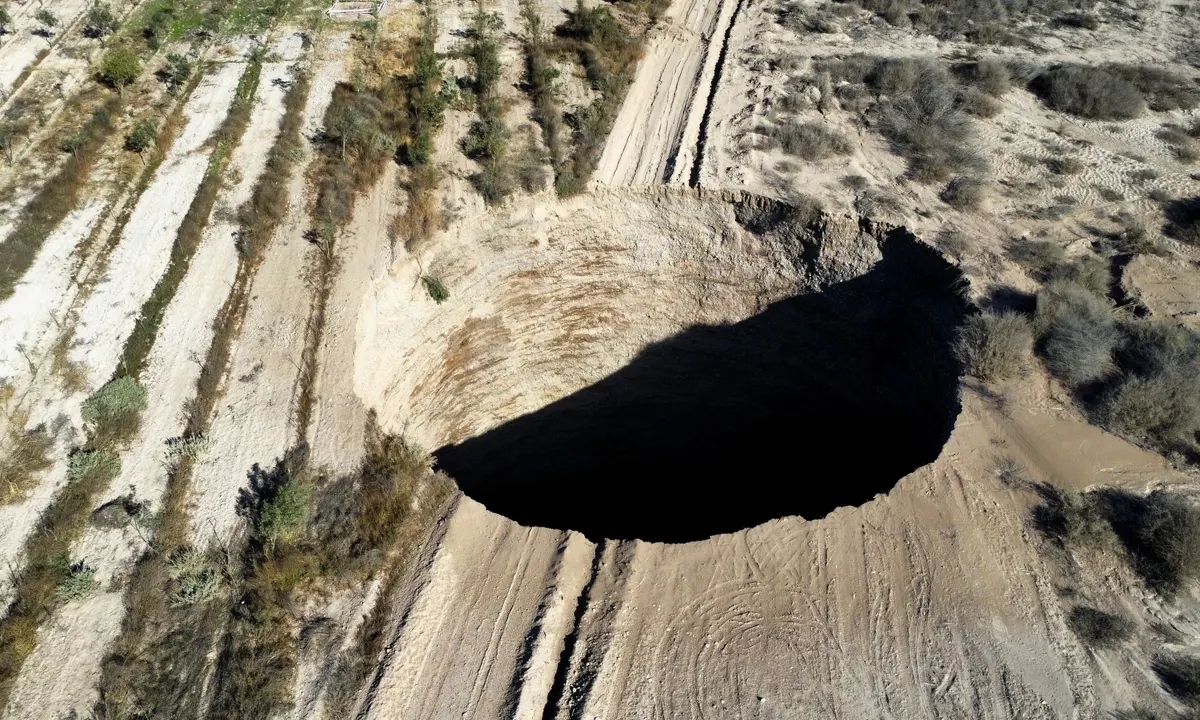 It resembles a sinkhole from a cartoon in appearance. A large sinkhole in Chile, Atacama desert has appeared. When was it discovered? It was first discovered on July 30, 2022.

By Tuesday, the organization had determined that the sinkhole was actually larger, with a diameter of about 105 feet.

A basketball court in the NBA or WBNA is about 11 feet shorter than that.

Aerial photographs show the sinkhole adjacent to the Tierra Amarilla hamlet and the Alcaparrosa underground copper mine owned by Lundin Mining Corp. in Chile's Atacama Desert. 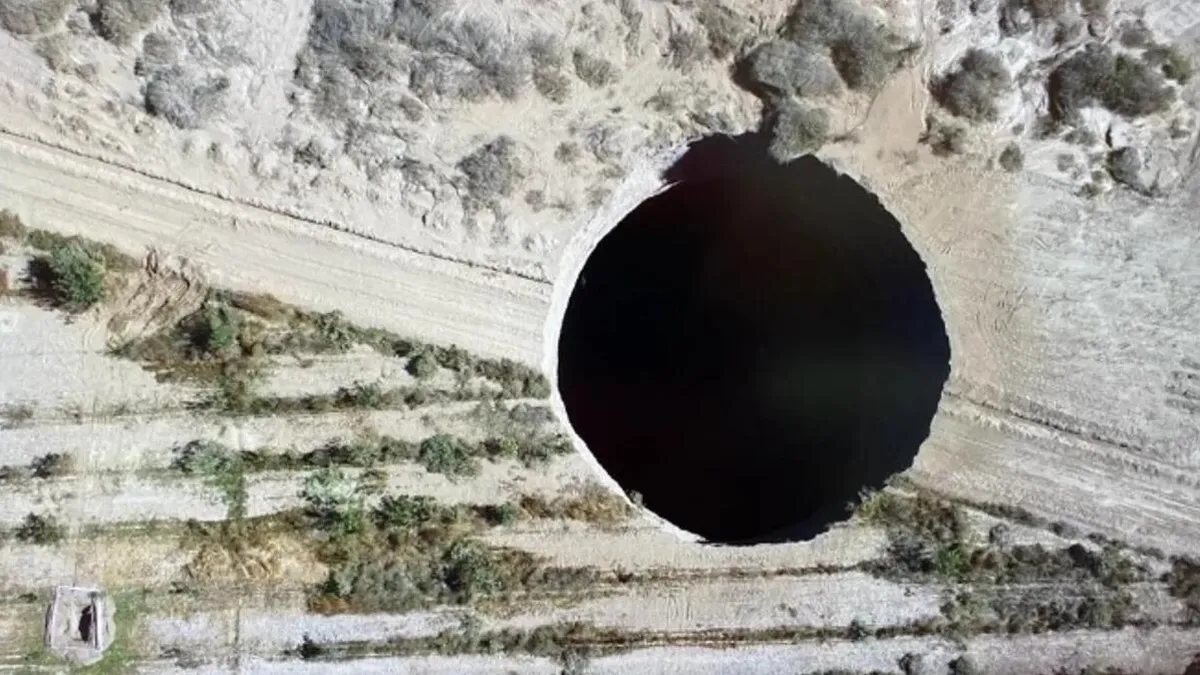 Aerial view of a large sinkhole in Chile

Reuters said the Copper Mine can be found approximately 665 kilometers north of Santiago, Chile's capital, according to the reports.

The reason why a large sinkhole in Chile suddenly appeared is still not known.

The area where the hole appeared is home to a copper mine run by the Canadian business Lundin Mining.

Upon detection, the area was immediately isolated and the relevant regulatory authorities notified. There has been no impact to personnel, equipment or infrastructure,

in a statement released on Monday, Lundin confirmed the sinkhole.

The National Service of Geology and Mining (Sernageomin) of Chile tweeted a picture of the hole.

A security perimeter has been established around the sinkhole, which agency experts are evaluating.

In a news release on Tuesday, Sernageomin stated that after learning of the sinkhole's discovery, authorities went right away to the scene to respond to safety concerns and to investigate the sinkhole.

The Alcaparrosa mine's workers, machinery, and facilities were all inside and close to the surface.

However, Lundin Mining and Sernageomin both affirmed that none of these things were harmed by the sinkhole.

Since it was discovered, the sinkhole, according to Lundin, has remained stable.

The business is keeping an eye out for any activity connected to the incident at the adjacent Alcaparrosa mine.

The company's Minera Ojos del Salado operations include the Alcaparrosa mine, where "no movement has been recorded related to the surficial sinkhole."

The underground mine's operations have been temporarily put on hold. According to the firm, Minera Ojos del Salado is also "doing a technical examination" to figure out what caused the sinkhole.

A flyover of the hole that demonstrates its size and the darkness of its depths was published by the news agency Reuters.

The sinkhole is approximately 656 feet (200 meters) deep by now, according to Sernageomin Director David Montenegro, who made the statement in a statement obtained by Reuters.

"We haven't detected any material down there, but we have seen the presence of a lot of water," Montenegro said.

There was no information provided on the sinkhole's origin.

According to Pennsylvania's Department of Environmental Protection, sinkholes are often brought on by a drop in water levels, such as during a drought or as a result of groundwater pumping.

The disturbance of the soil and the concentration of water flow are two additional activities that might cause sinkholes.

The USGS states that while sinkholes can have a number of origins, groundwater and rock dissolution are frequently linked.

This results in caverns or places that, despite the surface appearing sturdy, can abruptly collapse.

The origin of a large sinkhole in Chile has not yet been established by the investigators. There is no additional information on this topic.

The sinkhole serves as a stark reminder of how your perception of solid ground can occasionally be deceptive.

Have you heard about the greater short-horned lizard?