A Man Fights A Crocodile With A Pan 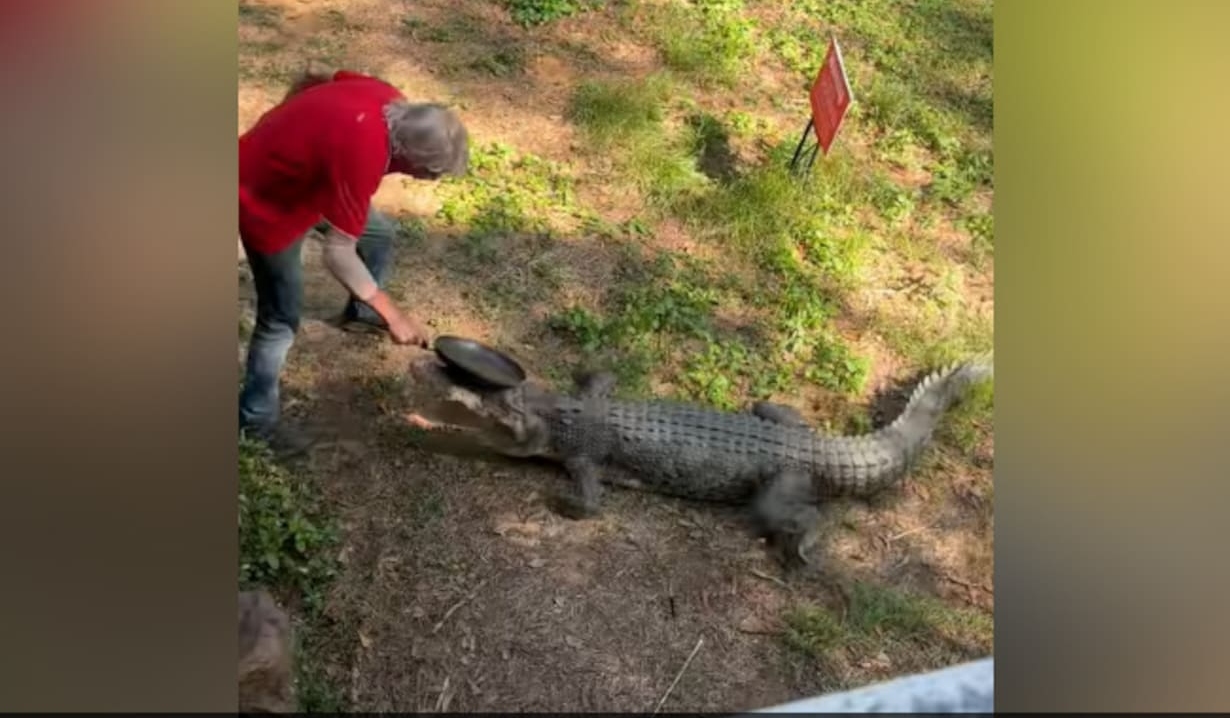 You have seen a video in which a man fights a crocodile with a pan many times on social media. This video is quite funny and I have watched it many times too.

Keep reading to find out how it all happened.

The brave proprietor of a tavern who repelled an attacking crocodile by striking it over the head with a frying pan said that the reptile required a "good lesson." 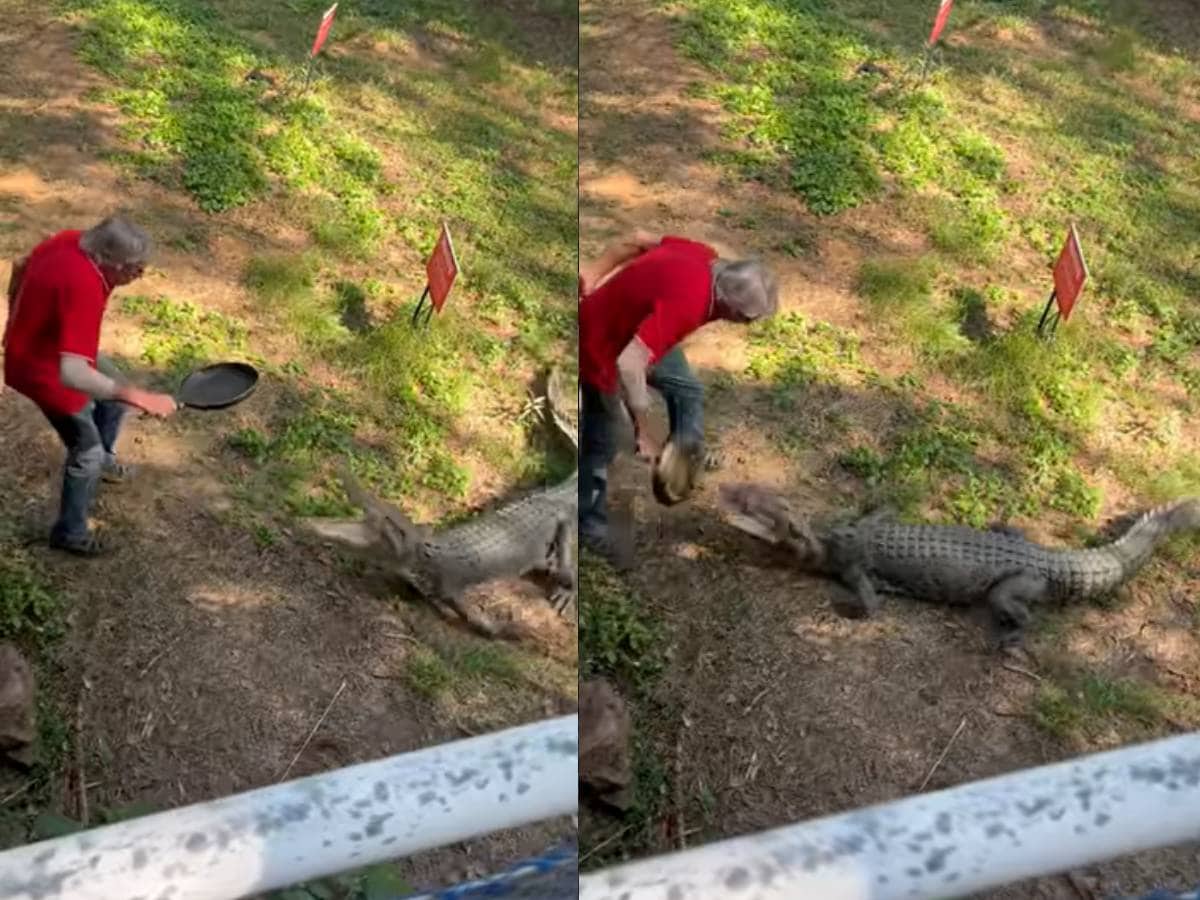 Kai Hansen, who was staying at the Goat Island NT lodge in the Northern Territory, was the one who refused to back down from the charging reptile that was 2.5 meters in length.

The terrifying event was caught on camera.

In the footage that was released by Storyful, bar owner Kai Hansen can be seen coming face to face with a crocodile.

Shane Chambers, who was the one who captured this video, explained to Storyful that the reason why this particular encounter between lodge owner Kai Hansen and his pet crocodile, Casey, turned out to be so uncomfortable was that the animal was blocking their path.

We were leaving the island via helicopter and the croc was blocking the path. [The owner] was worried about our safety, so he grabbed the frypan to shoo the croc away.

At that time, Mr. Hansen appears to make a sprint at the reptile, at which point he employs a frying pan to strike the animal twice on the head.

After the second blow, the crocodile is seen immediately turning away and fleeing into some bushes as the battle continues.

Two blows to the muzzle were all that was necessary to get the crocodile that was causing difficulties to turn around and run back to the water.

"I wouldn't say it's an everyday event, but I've got to stay safe and do what I can," Mr. Hansen told Daily Mail Australia. 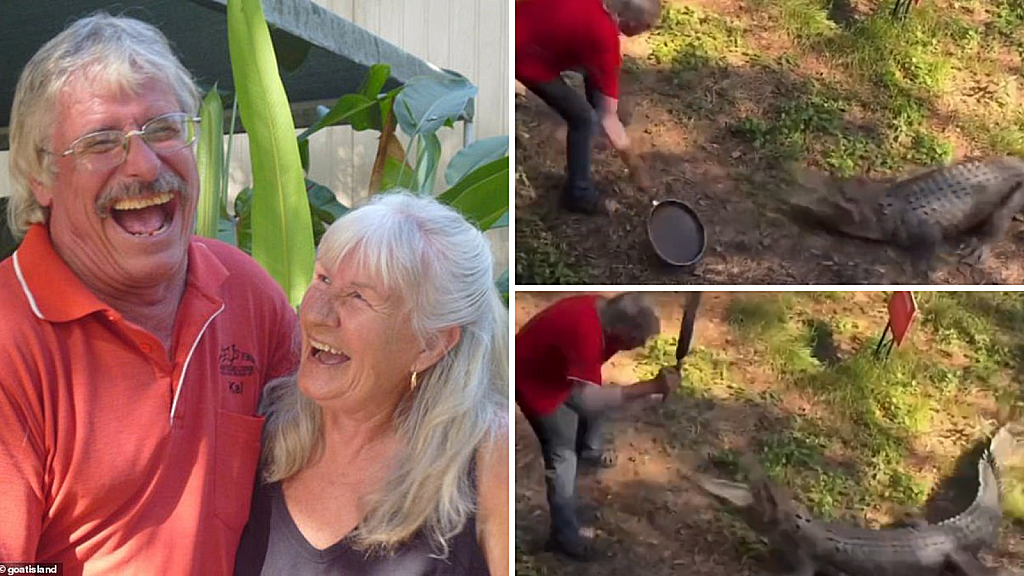 "No one got hurt and the croc got a good lesson."

The caption of the post states that the event took place at Goat Island Lodge, a secluded facility that is situated on an island in the Adelaide River.

Airborne Solutions Helicopter Tours posted the video along with a caption on their social media page,

After it was uploaded online, the video quickly gained widespread attention. More than 2 million people have viewed it, and it has more than 7,000 people have liked it.

To this point, the video has been shared more than 14,000 times.

The people are going on and on about it, and the comments are making jokes about the crocodile and how a frying pan can be used as a defensive weapon.

There are a lot of jokes and humorous comments in the area of the tape that is for user feedback.

Meanwhile, Mr. Hansen and his run-ins with crocodiles are apparently well-known, at least according to Newsweek.

In spite of the presence of crocodiles in the area, he relocated to the isolated island a number of years ago.

Up until the year 2018, he also had a tiny dog named Pippa who would charge at crocodiles in an attempt to drive them back into the water where they belonged. 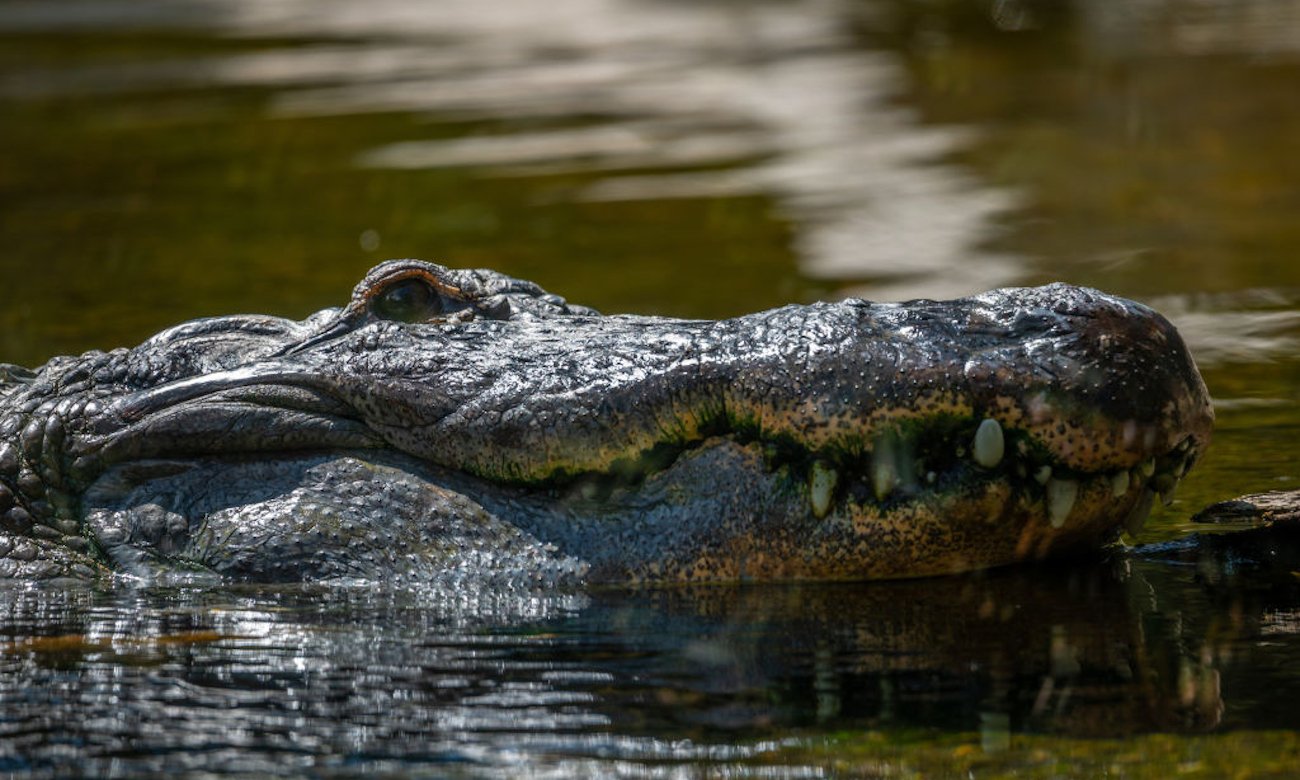 However, there came a day when the crocodile, who Mr. Hansen referred to as Casey, captured the dog and ultimately murdered her.

Hansen has stated that he is not afraid of the animals, despite the heartbreak that has occurred and the continuous dangers that they bring.

When you're driving along in a car and all of a sudden a dog is right in front of you, are you scared, no, you just do what you have to do. You just work by instinct.

There was a split of opinion among those who left comments on social media, with some users praising Mr. Hansen for his bravery while others arguing that he was taking an extreme risk that wasn't warranted.

'That Gator understood the assignment. He was gonna be in that frying pan and that's why he went back to that water,' one American joked.

Another voiced skepticism on the selection of the weapon, advising, "I have seen the teeth marks on oars that have been used to deter cranky crocs."

One thing you should know about the crocs attacking you so that you can avoid these situations is given below.

Why Do Crocodiles Attack Humans?

People are attacked by crocodiles for one of four reasons:

This video is also getting popular on Reddit too. Check out some of the comments below.

CheedarVapor said, "Gators are so much more docile compared to crocs though, most of the time they'll ignore you, they just sun bathe and chill, unless you look like food."

Reddit user ontheburst shared, "It is and the same croc ate his dog in 2018. No hard feelings apparently."

What Happened In The Video Of In Which A Man Fights A Crocodile Wit A Pan?

In this video, it can be seen that a pub owner hits the crocodile with a heavy-base saucepan. And just after two strikes, the crocodile runs away.

Who Was The Owner Of The Australian Pub Who Fought The Crocodile?

Kai Hansen was the owner of the Australian pub who fought the crocodile with a pan.

Did Crocodile Attack Back On Kai Hansen?

No, the crocodile did not attack Kai Hansen. Instead, he just ran away after getting mere two strikes of the pan.

Have you watched the video in which a man fights a crocodile with a pan? I just loved this video. What about you?