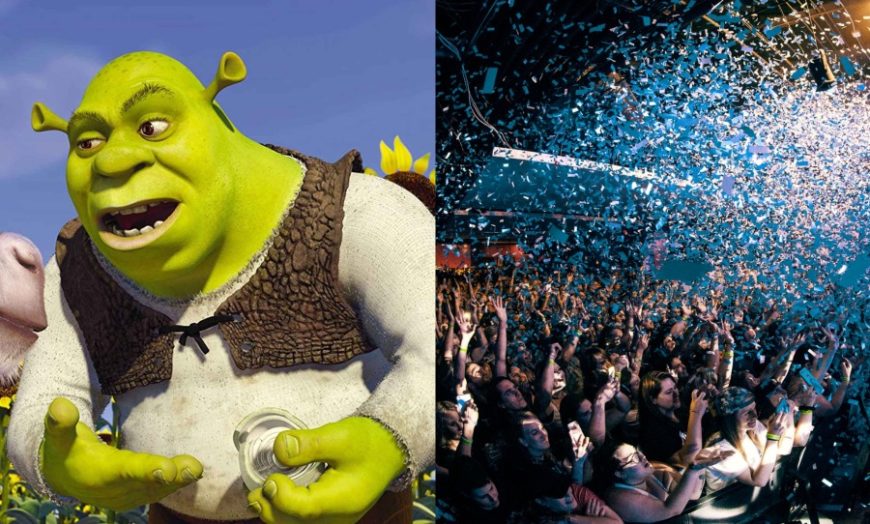 A Shrek rave is touring Australia and will be playing ‘hits to bring out your inner ogre." If you're a huge Shrek fan and have always wanted to yell, "What are you doing in my swamp?" without sounding completely insane, now is your opportunity. Australia is getting a Shrek rave right now, and yes, the famous song "All Star" by Smash Mouth will be played.

Throughout December and into 2023, punters in Ballarat, Perth, Sydney, Melbourne, Adelaide, Brisbane, and Canberra will get the opportunity to transform into green, mean, Shrekking machines at what is expected to be the largest Shrek-themed party of the decade.

Shrek may have been released more than two decades ago, but the rave version of what became a worldwide phenomenon will be nothing short of epic. The Shrek Rave will transform seven exclusive venues in Australia into "The Kingdom of Far, Far Away," allowing you to unleash your inner ogre. After all, all that glitters is gold.

Shrek and his raving companions have already visited a few select places in Australia, and it sounds like a night of epic adventures to us. Aussies on social media appear to be eager to get Shrek'd and slizzard at a rave in honor of the famed DreamWorks ogre.

"This is definitely going to be the single greatest waste of money in my life, and God damn, am I proud of it," one person said. Another attendee is excited to try the rave's themed beverages, saying, "I wanna taste of that Shrek juice."

The evening will include Shrek-themed music, a photo opportunity with a Shrek-themed balloon wall, free green glow sticks, free green fairy floss, and a free green glitter bar. In addition, at midnight, there will be a 'I'm a Believer' singalong, and the finest Shrek-inspired costume will receive a reward. You can order Shrek Juice, Donkey Drank, or Farquaad Fizz on the night.

Tickets range from $11 to $50, depending on the location and date of release. More information may be found on their social media pages, as this promises to be a Shrek-themed bash unlike any other. After all, it was Donkey who remarked in Shrek 2: "From now on, it's going to be champagne wishes and caviar dreams."