According To A Classic Ad Campaign, What Day Was Prince Spaghetti Day? 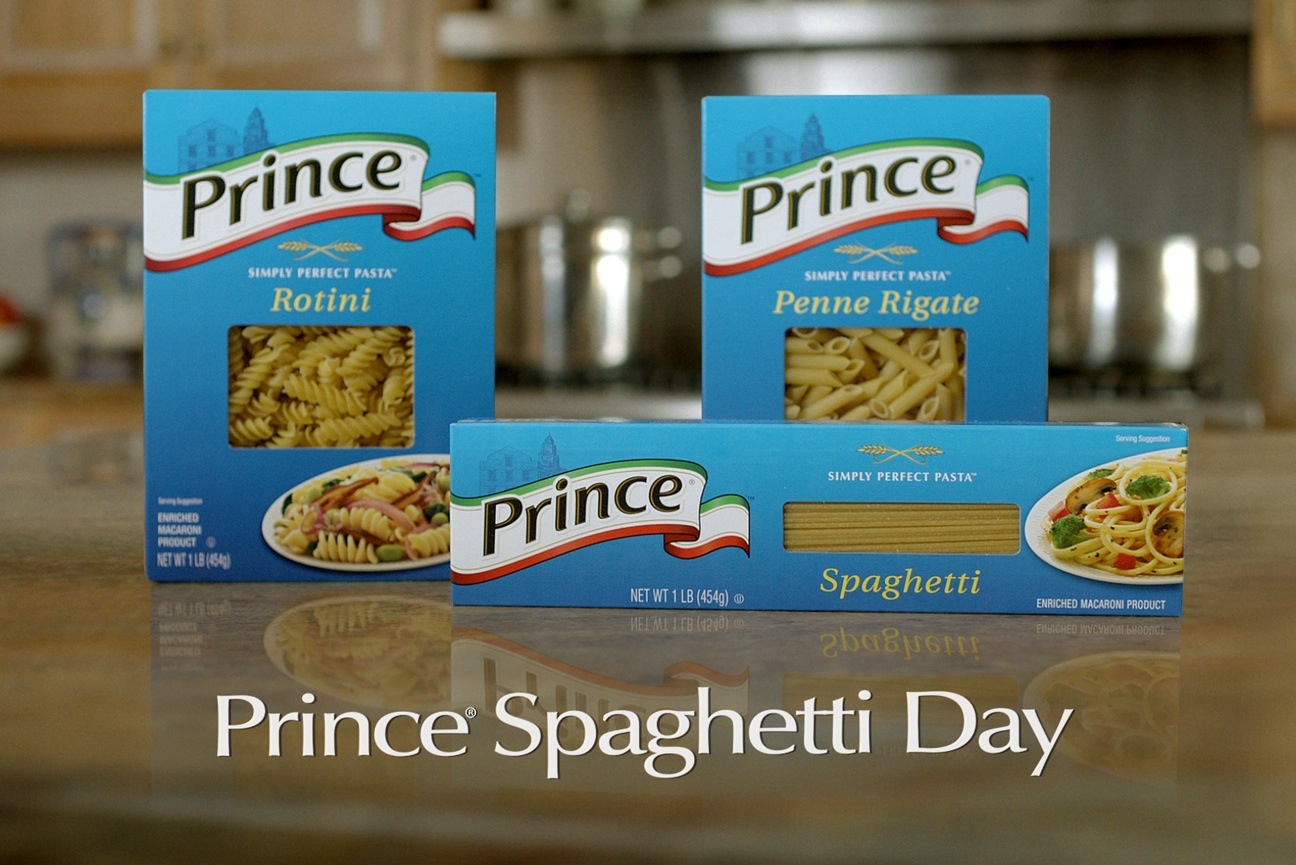 According to a classic ad campaign, what day was Prince spaghetti day? It was Wednesday. Remember when "Wednesday is Prince Spaghetti Day" was popular?

The now-famous 1969 Prince spaghetti ad went something like this:

A woman in a Boston North End apartment leans out the window and beckons her son, "Anthony! Anthony!" to come home for supper. Anthony is running through a well-known Italian neighborhood as his family makes the usual Prince spaghetti meal.

Most days, Anthony takes his time getting home, but not today, the narrator claims. As every family in Boston's North End will inform you, this is Wednesday, which is Prince Spaghetti Day. Anthony makes it home at last, just in time for a dish of spaghetti, smiling and out of breath.

The 13-year-old ad is well-known in New England for its nostalgic look at family life in the North End in the 1960s (the area is now mostly made up of young, single professionals).

According to a classic ad campaign, what day was prince spaghetti day? Yes, it was Wednesday, and goes by the catchphrase "Wednesday Is Prince Spaghetti Day."

Prince pasta was still being produced in Lowell, Massachusetts, in 1969. Three Italian immigrants established the business in 1912 in Boston (at 92 Prince Street), but it was moved to Lowell in 1939.

Another Sicilian immigrant named Guiseppe Pellegrino took over the company in 1941, and it was he who later coined the catchphrase "Wednesday is Prince Spaghetti Day." The Lowell facility closed in 1997 after Pelllegrino sold the company.

Prince is currently employed by New World Pasta, a Pennsylvania-based business that produces its goods in St. Louis, but New Englanders don't seem to mind.

Boston was the second-largest market for pasta in the US in 2012, accounting for half of Prince's $22 million in sales. Pasta dietary traditions persist.

Also excellent were the recipes. Just look at some of these gorgeous macaroni dishes! Who could refuse Baked Lasagna, Elbow Macaroni Salad with hard-boiled eggs, olives, and radish roses, or Egg Bonnet Casserole?

Cool Fact: Producers hand-picked 12-year-old Anthony Martignetti, a real-life resident of the North End, to portray the role of "Anthony" in the advertisement. His mother's actress, Mary Fiumara, was also a local. The popularity of the commercial led to the emergence of both as small celebrities.

What Day Is Prince Spaghetti Day?

Wednesday is called Prince Spaghetti Day in a 13-year-old ad.

It appears that Prince Pasta, a firm, is where the notion that Wednesday being spaghetti day first appeared. A child named "Anthony" ran around his city in a Price Pasta commercial that was released in 1969 in order to reach home in time for his mother's dinner. The catchphrase of that ad was "Wednesday is Prince spaghetti day."

What Was The Prince Spaghetti Day Commercial Year?

The commercial of the "Prince Spaghetti Day" was released in 1969.

According to a classic ad campaign, what day was prince spaghetti day? It was Wednesday. The now-famous "Wednesday is Prince Spaghetti Day" commercial by Prince Pasta first aired in the fall of 1969 and ran for 13 years.