According to psychotherapist Ashley D. Sweet, M.A., LPC, LMHC, virtual sex is anything sexual in nature that occurs in a digital domain. It covers any sort of sexual behavior that takes place on or over the internet. Virtual sex includes video chat, phone sex, sexting, long-distance sexual play enabled via toys and sextech, and even some forms of interactive pornography. 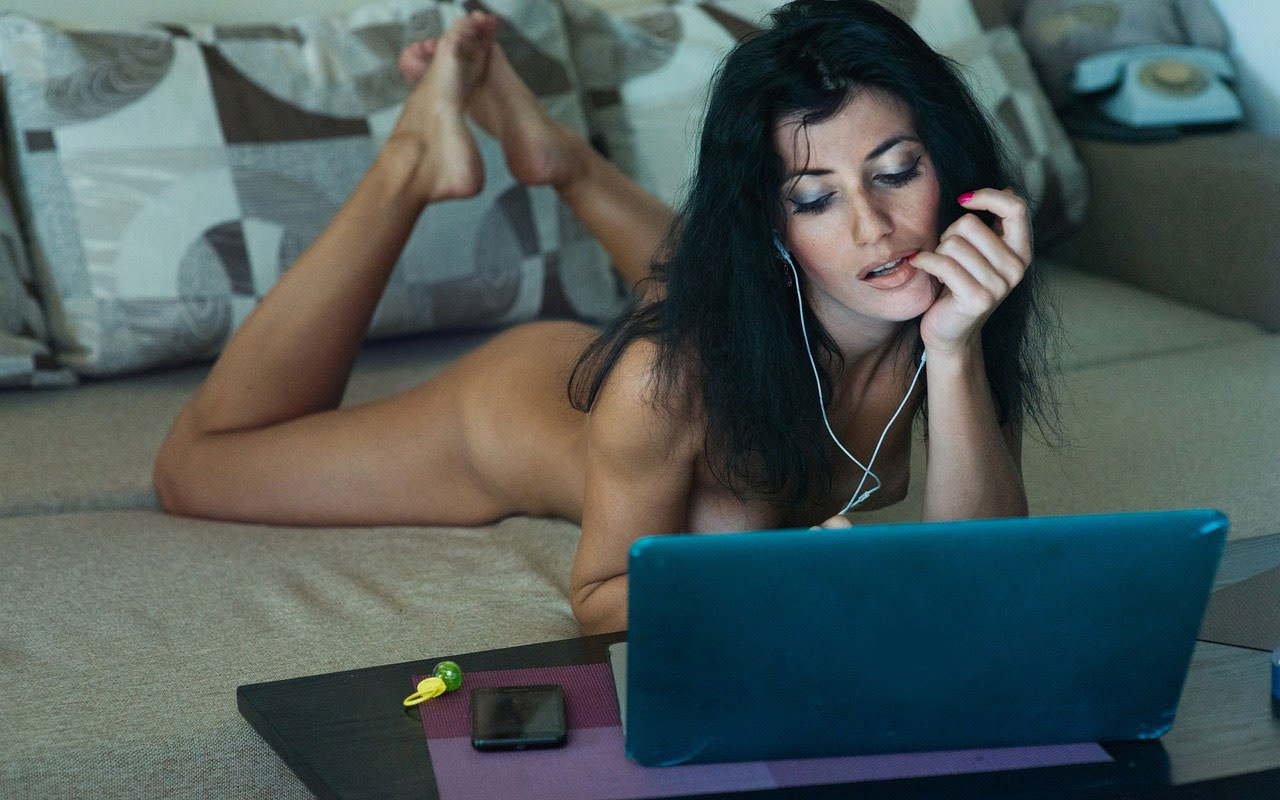 Rather, they're a charming and enjoyable method to leave notes for a partner to watch whenever they want. However, much as most conferencing apps, you'll need an established partner who is eager to sext with you.

A Woman Opening Her Legs For Cybersex

Adult chat rooms have existed since the internet's inception, when the majority of online information was text-based. Adult chat rooms allow individuals and groups of people to communicate anonymously.

Finding a companion who might be interested in expanding the topic to a private chat is frequently the purpose of spending time in adult chat rooms. Some adult chat rooms are free, while others require a subscription. At higher payment tiers, some offer additional functionality.

A Woman Undresing For Cybersex

StripChat.com and Chaturbate.com are video-based adult chat platforms that feature models. Most adult chat and viewing services are free, but if you want to communicate privately or make specific requests, you will need to tip the models.

To connect with the models on some sites, you must first register for free. Others charge a monthly fee to gain access to private rooms where you may make requests.

How To Engage In Adult Chats And Cybersex

A Woman About To Engage In Cybersex

Cybersex etiquette and rules differ based on the platform and space. However, some rules are universal. Before making requests, it's a good idea to get to know the space or community you're in.

Before jumping in, read or watch other people's interactions for a while. Take the time to study any established rules regarding how adult chatters are expected to behave on that site or forum.

Sharing sensitive personal information in adult chat rooms or with strangers should be avoided at all costs. Because the internet is everlasting, don't share photos if you don't want outsiders to have access to them long after you've finished conversing.

Likewise, only upload or share photos of other people with their prior consent. It would be a violation of their privacy, and it is illegal in many areas.

Technology has made it possible to engage in sexual behavior while avoiding many of the disadvantages associated with 'in person' sexual encounters. These advantages include:

Because of the anonymity of cybersex, persons who are married or in committed relationships may feel as though these virtual interactions are "not real" or that they are less meaningful than in-person experiences.

On the other hand, a participant may get more devoted to their virtual sex partner (or partners) than is typical, violating the encounter's previously established agreement.

To be healthy and work for everyone, cybersex, like any other relationship, involves clear communication, trust, and mutual respect for the partner.

Can Chat Rooms Track You?

Communication is via a chat server. So its unlikely they can find out your IP/etc. However if they compromise BB's servers or Forums, then it is possible. Chances are they are just loud-mouthing.

While anonymous chat forums may be that location, the risk of being discovered still exists, especially in a smaller school where word may spread quickly. As a result, the victim may continue to attract unwanted attention and develop a negative reputation.

Some people can enjoy these forms of online conversations safely, but they can be extremely addicting, and people have ended up in dangerous circumstances as a result of overindulging in paid private chat rooms. Stopping chatting is one approach to see if you're addicted.

What Is Cyber Relationship Addiction?

Cyber-Relational Addiction is when someone is addicted to chat rooms and is over involved in online relationships.

A Couple Videochatting Together

You might have to look around and explore a little before you locate the right online sex spot. Fortunately, most adult chat rooms and cybersex websites are free to try. Look around until you find the ideal app, website, or platform for pursuing your passions.