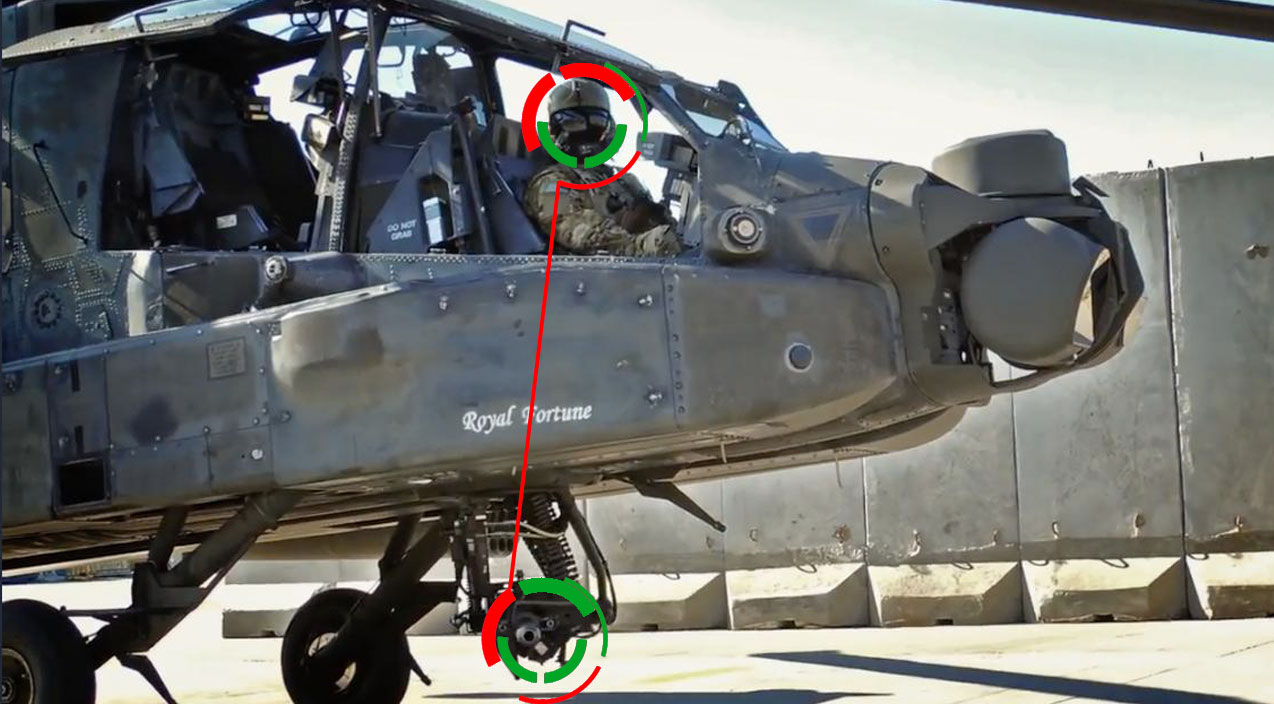 Executes rear, close, and shaping tasks, as well as deep precision strike operations. Distributed operations, precision strikes on relocatable targets, and armed reconnaissance are all carried out with this AH-64 Apache helmet gun tracking system when necessary in a variety of settings, including day and night, clouded battlefields, and poor weather.

The AH-64 Apache is the heaviest division/corps assault helicopter of the United States Army. Among the upgrades to the AH-64D Longbow are a millimeter wave fire control radar, a radar frequency interferometer, and a radar-guided HELLFIRE missile of the AH-64 Apache helmet gun tracking system that can be fired and forgotten, as well as improvements to the cockpit management and digitization systems. The combination of the FCR and RFI, as well as the advanced navigation and avionics suite of the aircraft, results in greater situational awareness, lethality, and survivability for the pilot. 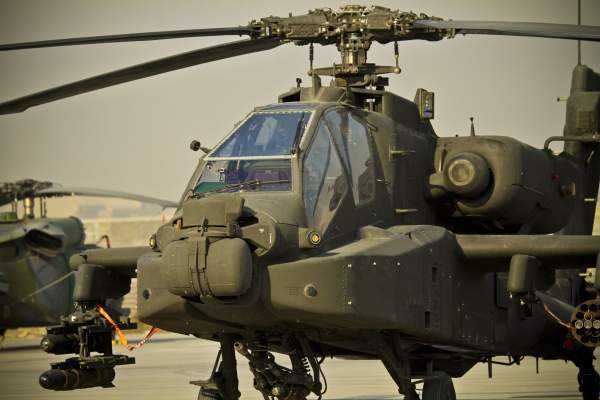 A close up shot of MH-64 Apache helicopter

The primary rotor on the AH-64 Apache longbow is four blades, while the tail rotor is also four blades. The pilot and copilot/gunner sit side by side, with the pilot seated behind and above the copilot/gunner. Together, the members of the crew are capable of flying the aircraft and executing weapon engagement procedures independently of one another.

The crew compartment is equipped with shielding between the cockpits, allowing at least one member of the crew to survive a strike. Bullets of 0.91 inches (23 millimeters) diameter are designed to penetrate the compartment and the rotor blades without breaking. The airframe is armored with approximately 2,500 pounds (1,100 kg) of protection and is equipped with a self-sealing fuel system to keep out ballistic missiles. According to MIL-STD-1290, which establishes the minimum standards for crash impact energy attenuation in order to minimize crew injuries and fatalities, the aircraft was developed in order to achieve these requirements. This was accomplished through the inclusion of enhanced structural strength, crash-worthy landing gear, seats, and a crash-worthy fuel system, among other improvements. Up to six AH-64 Apache helicopters can be safely transported in the cargo hold of a Lockheed C-5 Galaxy transport plane.

A helmet-mounted display, the Integrated Helmet, and Display Sighting System (IHADSS) was one of the most distinctive features of the Apache when it was first introduced. Among other capabilities, the pilot or gunner can slave the helicopter's 30 mm automatic M230 Chain Gun to his helmet, causing the gun to track head movements and point at where he is looking. Alternately, the M230E1 can be fixed in a locked forward-firing position or controlled by the Target Acquisition and Designation System (TADS). A hit rate of at least one hit for every 30 bullets fired at a wheeled vehicle at a range of 800–1,200 meters (870–1,300 yards) is the minimum requirement for aerial gunnery performance for the AH-64. 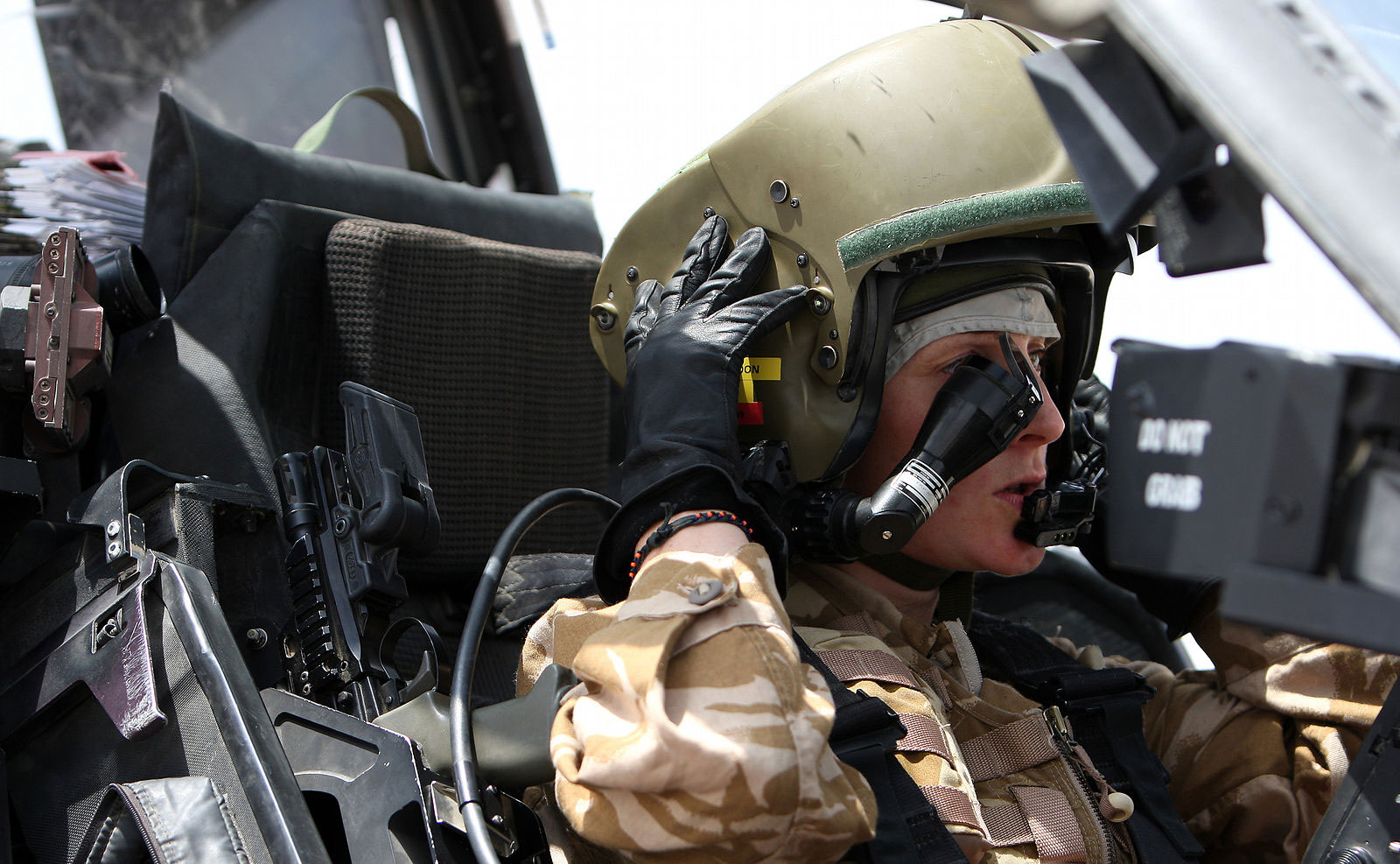 Due to the advanced avionics and onboard sensor suites, the AH-64 is capable of operating in harsh front-line settings, at any time of day or night, and in any weather condition. Tactical Acquisition and Designation System (TADS/PNVS), passive infrared countermeasures, a global positioning system (GPS), and the IHADSS are some of the systems that are used to do this.

Boeing is the manufacturer.

These attack helicopters, which are outfitted with a variety of sensors for scouting threats, a forward-mounted chain gun, four missile hardpoints, and machine guns on their wingtips, have become increasingly lethal as technology has improved. One such breakthrough is the "helmet-to-gun" tracking technology that it has developed.

Despite the fact that a variant of this system has been available since the 1980s, the most recent video from 2016 demonstrated just how far this "look and shoot" technology has come. The video below shows the gunner in the front seat moving his head (while wearing a helmet) pretty quickly, with the cannon replicating his movements in real-time on the screen. Once the gunner has zeroed in on the target, all he or she has to do is pull the trigger to fire in the direction that s/he is looking.

The Hughes M230 Chain Gun is the weapon placed on the AH-64 Apache helicopter. This chain cannon, which can hold 1,200 30mm rounds, provides the Apache with an extended loiter period, allowing it to provide excellent CAS (close air support) capabilities. This cannon, which was developed in 1975, is also employed on the MH-60 DAP (Direct Action Penetrator), a gunship derivative of the Black Hawk helicopter that was developed in 1975.

How Many AH-64 Apaches Does The Army Have?

The video provided above is on Reddit, and it shows that people have a lot of suggestions about this. Check out some of them below.

"I wonder what the programming behind this looks like"

"It's called IHADSS. Integrated Helmet And Display Something Something (I know the "Somethings" fit the acronym but that's not what the SS stands for)😁

It's pretty cool shit and it does account for sneezes as far as I know."

"I’m guessing it processes the vector and distance of the target and the gun automatically leads for the gunner, so they can be looking directly at the target and actually hit it."

"Imagine if he sneezes while firing"

After all that was said and done, this killer chopper AH-64 Apache helmet gun tracking system has only become deadlier as its weapons system has been improved and made more user-friendly.