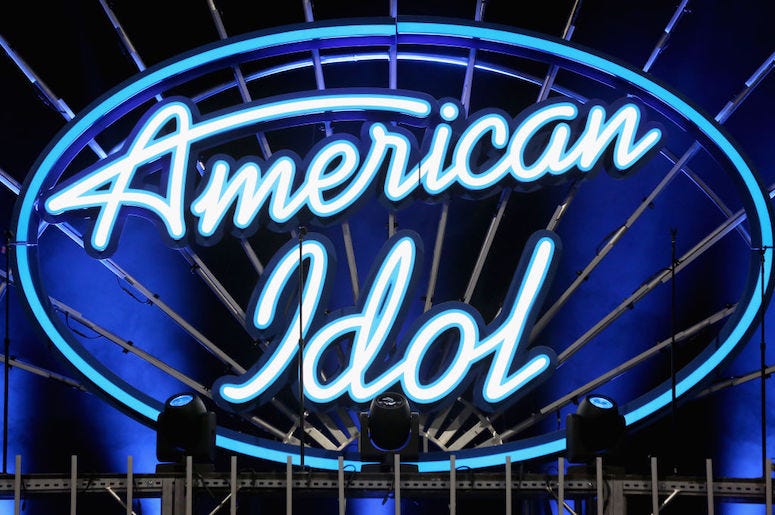 American Idol contestants dark secrets - The American Idol TV program is for aspiring singers who want to become superstars. They will try out and compete in a series of hard rounds in the hopes of making their childhood and lifelong dreams come true.

However, not every contender walks away victorious; rather, some are eliminated from the competition as a result of the dark truths they have been hiding from the judges.

Unfortunately, the dark truths of the competition's fan favorites were brought to light, and as a result, their prospects of winning the competition were lost, and their careers were affected. Here are the American idol contestants' dark secrets featured in the article.

Frenchie Davis And Her Nude Photo

Franchell "Frenchie" Davis is a soul, dance/electronica, and pop singer who is based in the United States and has performed on Broadway.

She first came to the notice of the general public in 2003 when she participated as a competitor on the singing competition show American Idol.

Soon after that, Davis became a cast member of the Broadway production of Rent, in which she continued to appear for the next four years.

Davis claims that she had done nude images in order to contribute financially to her education, and she discussed in an interview how she had been honest with producers regarding her background.

It was during that process of background checking and all of that, that I had a conversation with the producers of the show and I said, 'Hey you know, I just want to be upfront and honest about this. You know, five years ago I took topless pictures. As far as I know, they are not even on the internet anymore.

Corey Clark Having An Affair With One Of The Judges

Corey Delaney Clark is a name that's familiar to American music fans. He is famous for his elimination from the second season of American Idol, which received a great deal of media attention, as well as for the subsequent allegations that he had a sexual relationship with Paula Abdul, who served as a judge on the show at the time.

Moreover, Corey Clark was also kicked off because he failed to disclose to the show's producers the fact that he had a criminal history that includes accusations of violence and resisting arrest.

I've been painted to a corner, and now I've sort of got to lay it all out in order for things to be straightened up. I've tried to move on with my life and career for the last two years and do my own thing, and 'American Idol' and FOX, they've just been making it really tough for me to do that.

Clark said that he had an affair with Abdul that lasted for three months and that she even assisted him in his progress on "American Idol" by selecting songs for him to perform. Clark made this claim in an interview. 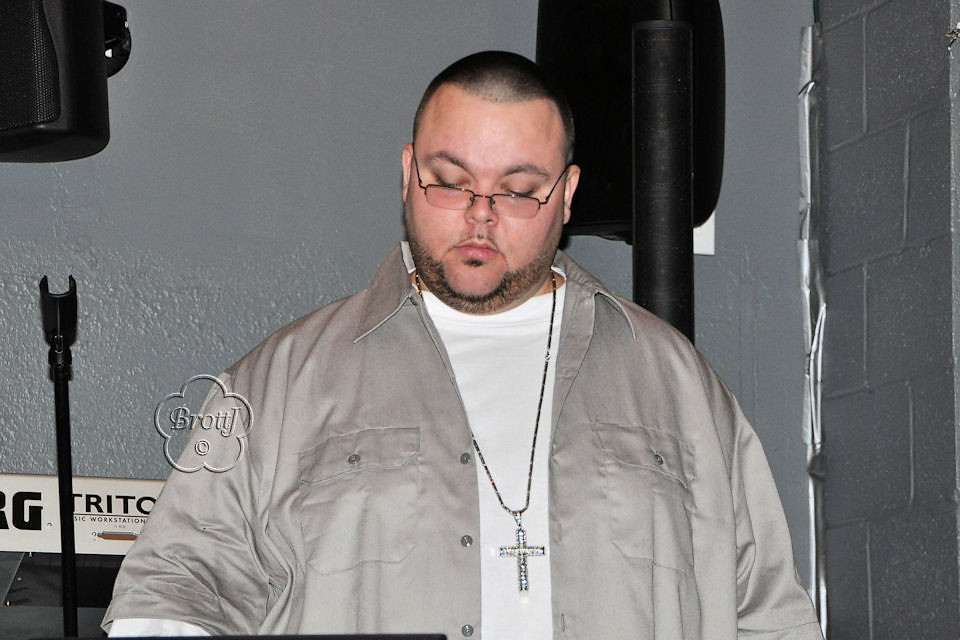 In a recording room, Scott Savol looking down while operating something in front of him

During the fourth season of "American Idol," one of the contestants was a man named Scott Savol. During his audition, he performed "Superstar" by The Carpenters, and the judges were blown away by his deep voice.

Savol was able to advance all the way to the Top 5 round of the competition before being ousted from it. In the end, Carrie Underwood was recognized as the season's winner.

In February 2001, he was arrested for domestic violence after he hit the mother of his baby boy.

Meanwhile, it was said that after Savol had assaulted her and thrown a phone at her, he then proceeded to make a variety of threats. His charge of domestic violence was changed to a misdemeanor, and his son and the woman were given a protective order.

Even though Scott was honest and sorry, the show's producers said that the situation didn't call for him to be kicked off.

Mario Adrián Vázquez is a musician that hails from New York City's Bronx in the United States. He was a contestant on the fourth season of American Idol, which was broadcast on the FOX network at the beginning of 2005.

Magdaleno Olmos, who worked as a production accountant for "American Idol," said that Vazquez sexually harassed him while he was on the show.

Olmos said that Vazquez followed him into a bathroom and asked him if he wanted to have sex when he came out of his stall.

American vocalist Antonella Barba. Barba rose to fame while participating in the sixth season of American Idol. She got all the way to the top 16 before she was kicked out. Her semi-nude images were leaked online, attracting media attention.

When she was arrested for possessing drugs in 2018, her name was again in the headlines for all the wrong reasons.

In October of 2018, Barba was taken into custody in Norfolk, Virginia, when it was discovered by the police that she had nearly two pounds of the deadly synthetic narcotic fentanyl with the intent to distribute it.

She said after her release from the imprisonment:

I've been scared to put myself out there. To be honest, approaching social media again, after not having access to it for 3 years, brings up a lot of anxiety. A few years ago, I made some really bad choices. Choices that I regret. But I've learned that the only thing I can control is the choices that I make moving forward.

Jason Castro And His Addiction To Pornography 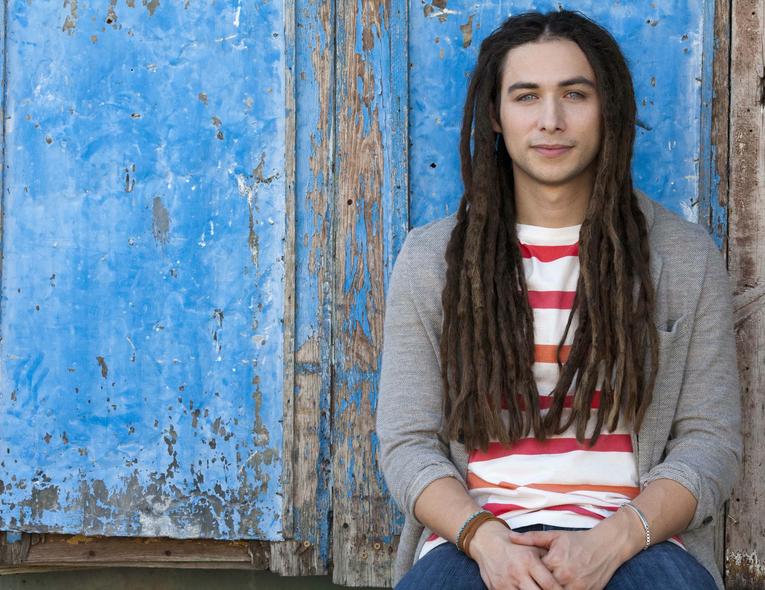 Jason René Castro is a singer, composer, and real estate agent from the United States. On season seven of American Idol, he came in fourth place.

He earned a recording contract with Atlantic Records after Idol and released his self-titled debut album on April 13, 2010.

He sang outstanding covers of songs by Leonard Cohen and Judy Garland, including "Hallelujah" and "Over the Rainbow."

The former contestant on "American Idol" also stunned his fans in 2016 when he disclosed that he had battled an addiction to pornography in the past.

Having a secret just eats you so much. You feel like a liar the whole time. I thought this thing was too dirty, too dark to share with anybody, but once I trusted Him, we started the road to living a godly life.

During the fourth season of "American Idol," Jessica Sierra sang a cover of a song by LeAnn Rimes, which is what led to her elimination from the competition in the Top 10 phase. However, in 2007, she was taken into custody twice in the city of Tampa, Florida.

In April of 2007, Sierra was taken into custody for the first time. At the time, she was charged with domestic assault and was found to be in possession of cocaine.

In December of 2007, she was taken into custody once more on various accusations, some of which included disorderly drunkenness, resisting arrest, felony battery, and possession of cocaine.

Arthur Gunn Did Not Appear In The Finale

Dibesh Pokharel, better known by his stage name Arthur Gunn, is a Nepalese-American singer-songwriter from Wichita, Kansas, who rose to national prominence in 2020 as the runner-up contestant on the eighth season of American Idol.

Due to 'Personal Morals' and 'Unpleasant' Experiences, just five minutes before his scheduled performance, Gunn decided not to perform. Producers decided to have DeFranco, who was in the audience, sing with the country artist when he refused to come out of his trailer.

What happened is not much to discuss at this point ... It was a last-minute decision but I couldn't help but say any cause of some personal morals and values due to unpleasant environmental experiences. It's not the show to blame, they were there long before nor anyone related to the show ... I feel upset about it as much as all you might have, and I'm sorry if I did let down anyone but I felt like all these confrontations didn't need to happen at the show. 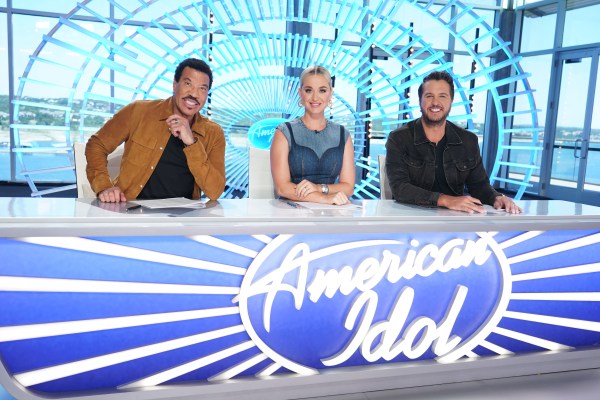 Three American idol judges are sitting and smiling at the camera

Idol Across America virtual auditions returned due to the COVID-19 pandemic. The remote auditions took conducted from August 5 to October 28, 2021, and the producers chose the contestants who will subsequently audition in front of the judges.

No. In fact, on Sunday, May 22, at 8 o'clock PM Eastern Standard Time, the final episode of Season 20 of "American Idol" will air on ABC. The top three contestants will compete against one another on the Idol stage in the hopes of winning America's vote; however, only one contestant will emerge victoriously and be named the next American Idol.

Who Made The Top 3 On American Idol?

As they approach the finale of this season of 'American Idol,' Leah Marlene has joined Huntergirl and Noah Thompson as the top three contestants in terms of vote totals.

Which American Idol Contestant Is The Most Successful?

During season four of the show, Carrie Underwood became "American Idol." The win was the start of her country-pop career and has made her one of the richest country music stars.

Chris Daughtry, who came in fourth place on Season 5 of "American Idol," has done very well since then. In 2006, his band "Daughtry" put out their first album, which was also called "Daughtry." It has sold over six million copies in the United States alone. The band is still together right now.

Who Was The Youngest American Idol Winner?

At the age of 17, Jordin Sparks became the youngest person to ever win American Idol.

How Do You Audition For American Idol 2023?

An online audition tape has been required in recent seasons. The American Idol official website will have all the information on the 2023 season's auditions when they open. Here's your chance to show off your pipes and tell us a little bit about yourself.

Thank you for reading this article about American idol contestants' dark secrets. You are now aware of the dark secrets that the American idol candidates have been keeping from you. However, the fact that they sincerely apologize makes it so that whatever they did is meaningless anymore.