American Pastor ‘Destroys’ Coronavirus With The ‘Wind Of God’

It seems people from all walks of life, across the globe have their own ideas on what it takes to beat Covid-19.

Many of those ideas can only be described as ludicrous and of course, have zero science behind them.

But does religion hold the answer? Or the ‘wind of God’ to be more precise? 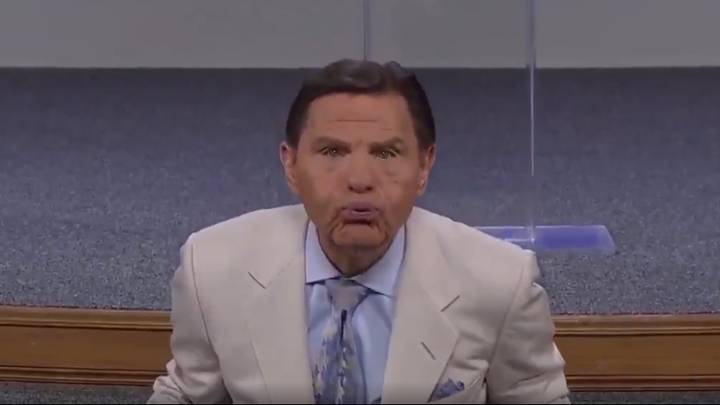 American televangelist Kenneth Copeland must really believe he has the ‘power’ to defeat the novel coronavirus, which has now nearly killed 70,000 people across the world, as it wasn’t so long ago he took to his ministerial channel claiming he could ‘heal’ those watching through prayer whilst they touched their television screens.

Kenneth Copeland healed viewers of the coronavirus through their televisions last night. pic.twitter.com/8lwHufTIy4

Kenneth led a chant with other members of his megachurch over the weekend in a televised service, via Kenneth Copeland’s Ministries YouTube channel.

The pastor can be seen blowing in the camera’s direction and addressing Covid-19 he says: “I blow the wind of God on you. You are destroyed forever, and you’ll never be back. Thank you, God. Let it happen. Cause it to happen”. 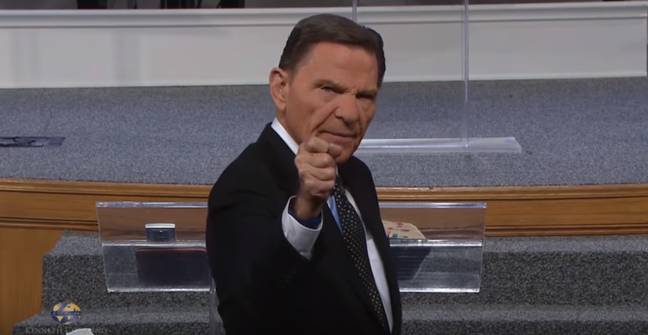 Of course, here in the UK although as a country we have very diverse religious groups we aren’t so accustomed to televised sermons such as Kenneth’s – and it’s all a bit, well, American in its animation.

Personally, I think it’s all a bit bonkers and Kenneth’s eyes freak me out a little – but as he blows ‘God’s wind’ at the camera in efforts to ‘destroy’ coronavirus I’m inclined to think Kenneth needs to take a moment and reassess some of the science and stats.

Copeland, who very much stands behind President Trump also chanted: “Wind, almighty, strong, south wind, heat: burn this thing, in the name of Jesus. I say, you bow your knees. You fall on your face”.

Kenneth believes that the ‘wind’ needed to be ‘hot’ as this is what it would take ‘to kill this thing’.

He said: “This thing is gonna hit New Orleans. I tell you, it gets hot down there…Because it’s right down there on the coast. It gets muggy”.

“And that’s what it takes to kill this thing. It hates heat, it hates humidity, it hates water – it just dies”.

Our mini heatwave needs to ramp up somewhat then (or if we’re to take Kenneth’s word for it, that is).

And, I wouldn’t be so quick to take his word as it was only at the end of March that Copeland told followers of his service that the Covid-19 virus was ‘finished’ adding: “It is over”.

It doesn’t appear so, or perhaps we aren’t partial to this news here in the UK yet.

Kenneth’s latest video clip has since been shared to Reddit with commenters claiming ‘the wind of God’ “only works if you pay him $19.95 a month”.

Another commenter joked: “He farted at God?”.

Others have taken aim at Copeland’s ‘demonic’ appearance saying: “Looks like a literal demon in human skin”. 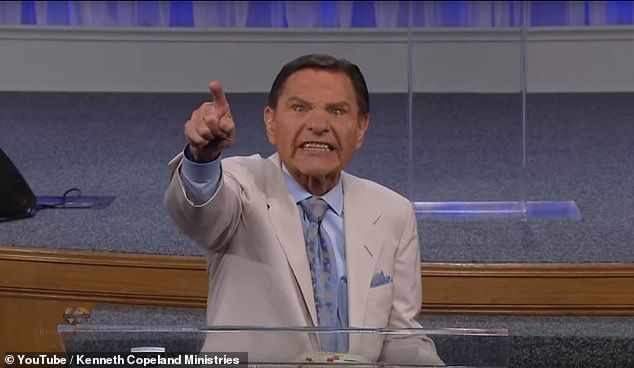 A second added: “He’s one of the Iluminati lizard overlords who live in the moonbase”.

A third said: “I’m a Christian and within that context of my religion I am 99% sure Kenneth Copeland is a demon possessed. He’s the only person I’ve ever thought that about. I don’t know what’s going on or how many are packed in there, but Ken is not the one in the driver’s seat of his body and hasn’t been for a long time. It’s terrifying to think how many people he will successfully prey upon during this time, especially amongst the poor”.

He does look demonic to be fair.