Anonychia - The Partial Or Total Loss Of Nails 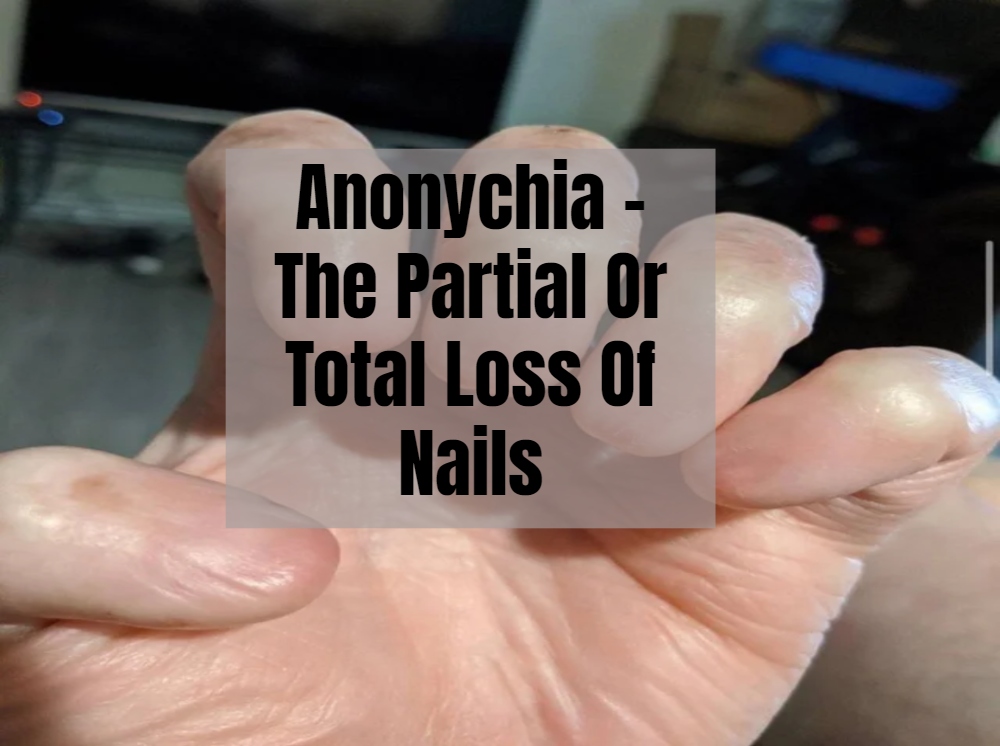 Anonychia (absence of nails) is a rare disease that can be caused by a congenital ectodermal defect, ichthyosis, a severe infection, prenatal exposure to phenytoin, severe allergic contact dermatitis, or other severe exfoliative diseases.

Anonychia is a relatively uncommon hereditary disorder that can affect either the fingernails or the toenails.

People who have this disorder often do not have any fingernails or toenails remaining on any of their digits or toes (anonychia).

The nail matrix can be destroyed by a variety of processes, including trauma, infection, and burns; this will result in the nail not growing again.

In many cases, little fragments of the nail will be left behind, which might lead to other secondary abnormalities.

Anonychia is a congenital condition that affects very few people and is characterized by the absence of nails.

It may also be found in association with congenital developmental abnormalities such as microcephaly and wide-spaced teeth (both of which have an autosomal recessive mode of inheritance), autosomal dominant Cooks syndrome, etc.

Anonychia can potentially manifest itself as an autosomal recessive condition in the affected individual.

The symptoms of anonychia are that it can be after delivery, or a portion of the nail is affected.

This nail deficiency is immediately observable after delivery (congenital).

In some circumstances, only a portion of the nail is lost (a condition known as hyponychia), while in other instances, only some of the fingers and toes are affected.

The remaining tissues near the tips of the fingers and toes, including the structures that typically support the nail and its growth (such as the nail bed), are healthy and unaffected by the condition.

Anonychia congenita is caused by mutations in the RSPO4 gene, which is located on chromosome 20p13.

R-spondin-4 is a protein that can be made from the RSPO4 gene, which contains the instructions for generating the protein.

The Wnt signaling pathway is a sequence of processes that influence the way cells and tissues develop.

R-spondin-4 is involved in this route and plays a function in its operation.

Wnt signaling is essential for many different cellular processes, including cell division, the process of cells adhering to one another (called adhesion), the migration of cells, and many more.

Wnt signaling is an essential component in the early stages of development when it comes to the expansion and maturation of the nail bed.

R-spondin-4 is a protein that is active in the skeleton and contributes to the construction of limbs.

It does this most notably at the tips of the fingers and toes, where nail growth takes place.

It was determined that the patient had anonychia (congenital nonsyndromic simple partial) based on the clinical symptoms and history of the condition. Treatment consists of either complete inactivity or the application of artificial nails.

For the purpose of nail reconstruction, both free partial and composite nonvascularized nail grafts have been described by McCash and Lilleet al.

When it comes to the complete restoration of a nail bed, you'll require both germinal and sterile matrices.

To achieve an appearance that was comparable to that of the fingernail's breadth, Zook suggested doing a full-thickness, second-toe germinal, and sterile matrix graft.

To a lesser extent than nail bed grafts, however, imitations of the nail's appearance have been achieved by using skin grafts.

For the treatment of traumatic nail absence and congenital nail absence in which numerous digits are implicated, proponents of this procedure have recommended its use.

The scar is removed from the fingertip in the shape of a nail that is 10 percent bigger than normal, and it is replaced with a split or full-thickness skin transplant that is similarly shaped.

Anonychia congenita is a very uncommon genetic condition that affects the fingernails and toenails.

This condition is caused by a mutation in the autosomal recessive gene.

Another Reddit user shared that he had suffered from this disease and how he deal with that, "Honestly, the drawbacks aren't really that bad, and pretty easy to adapt to. I have this condition, but I still have nail beds.

I scratch by roughly rubbing the itch. Friction it [is] amazingly efficient at calming an itch. Picking up change off the floor can be tricky, but if you apply pressure to one edge of the coun the other will usually lift up enough to grab it.

But the benefits include no clipping, no cleaning, no hangnails, no ingrown toenails, and having a cool and interesting conversation starter. I'm 38 now and if somehow I started growing nails I would be so incredibly pissed. Grateful every day to not have to deal with them."

The condition known as anonychia can either be present at birth or developed later in life. An acquired case of anonychia could be brought on by adverse drug reactions, trauma, surgical ablation, frostbite, or inadequate blood flow to the area.

Anonychia congenita is brought on by abnormalities in the RSPO4 gene. R-spondin-4 is a protein that can be made from the RSPO4 gene, which contains the instructions for generating the protein.

Anonychia has only been reported in a small handful of patients; it is thought to be an autosomal recessive characteristic that is passed down through generations.

Anonychia can occur when the nail fields do not form or when the proximal nail folds do not form nail plates. Both of these conditions can lead to anonychia. This defect, which was present at birth, is permanent.