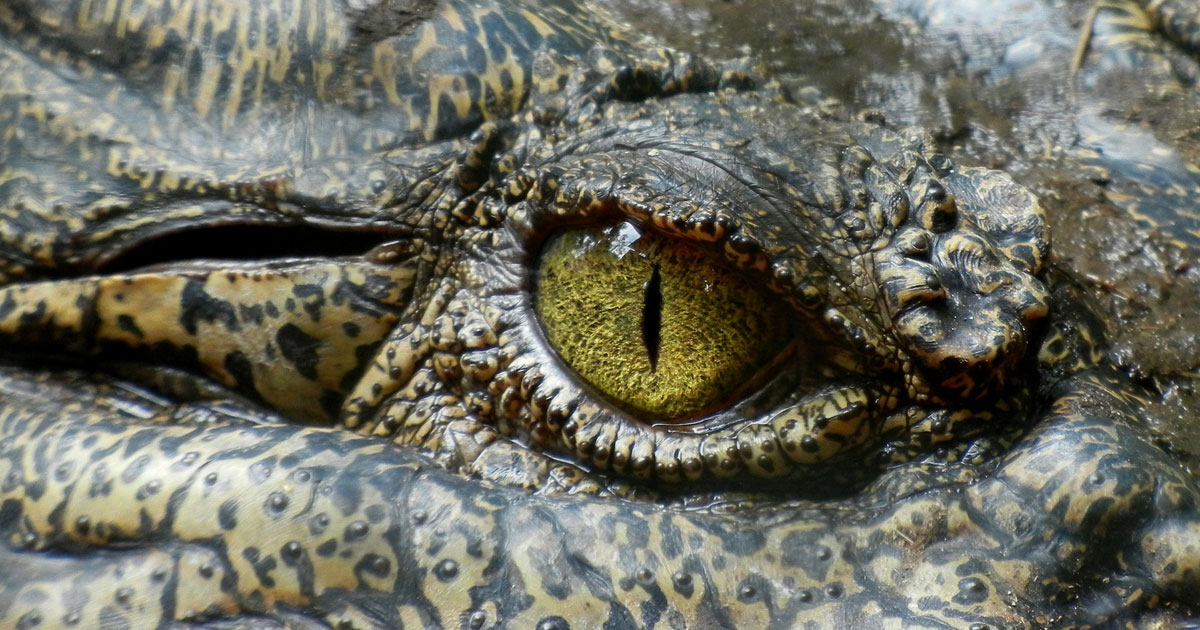 The world-famous physicist Dr. Michio Kaku is an expert who has thought about the subject, "Are crocodiles really biologically immortal?" Naturally, they aren't. However, they continue to be fascinating because of their lifespans.

You observe the aging of your parents, dogs, and yourself, as well as non-living objects like automobiles, clothes, and out-of-date iPhones. Aging is a fact of life.

People don't consider immortality for humans a reality, but what about crocodiles? Does it refute or contradict your beliefs about eternal life? Are crocodiles really biologically immortal?

They have "negligible senescence," which is why people say that they are immortal.

Senescence is the biological process of aging, which includes losing the ability to reproduce or do other important things that keep life going. 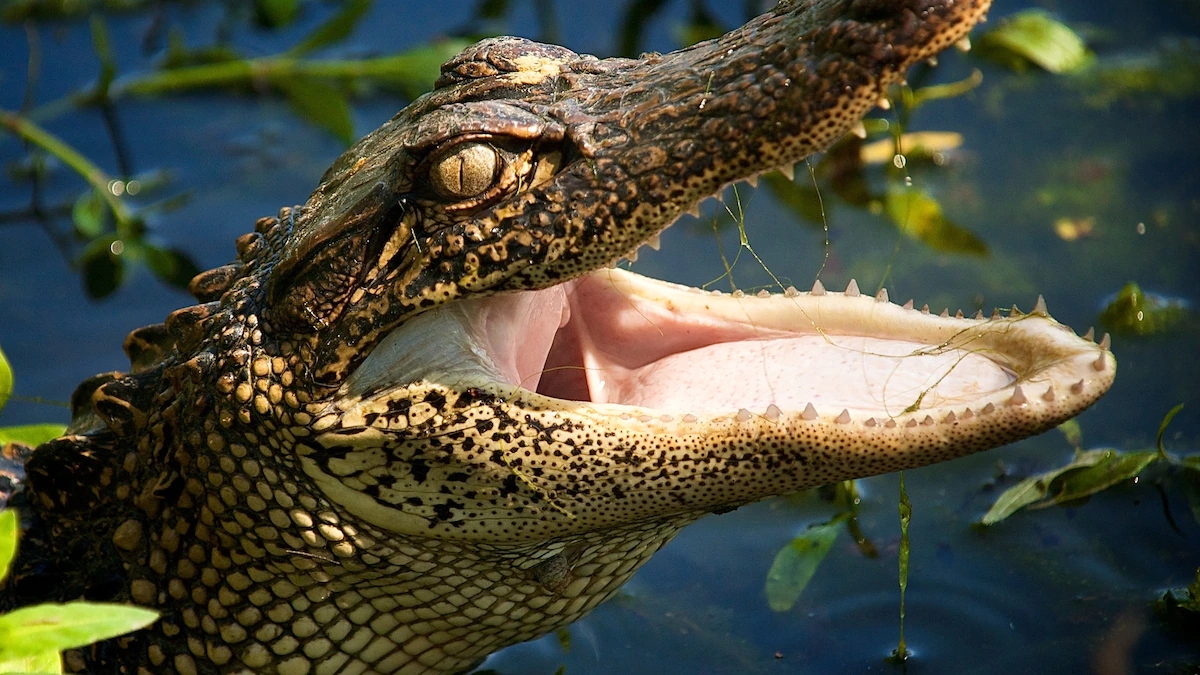 A crocodile with its mouth open

This indicates that they have a higher likelihood of dying from accidents, sickness, predation, or famine than an average or specified lifespan.

Do they now possess immortality? It all depends on how you frame it.

Crocodiles are semi-aquatic reptiles that live in wetlands. They are the world's largest reptiles and are virtually ubiquitous.

They don't live naturally on any other continent but Europe. They can't produce their own heat because they have cold blood. They live in tropical climates because of this.

On earth, there are 14 different crocodile species. The dwarf crocodile, which can reach a height of 4.9 feet and weigh between 40 and 71 pounds, is the smallest species.

Additionally, crocodiles have the world's most powerful bite! Greater crocodiles are capable of biting with more than 5,000 pounds of force.

They can capture a variety of prey because of their strong bite. As carnivores, meat makes up the majority of their diet.

Are crocodiles really immortal? If hunters, illness, and natural calamities left them alone, they wouldn't perish?

According to a Vice article, this is the case, but crocodile specialists call this assertion, well, a crock.

The largest species of crocodile in the world, the saltwater crocodile, is the "poster child" for never getting old, according to the Vice article. Its lifespan is unknown.

Additionally, it claims that crocodiles don't age gracefully; rather, they simply get bigger and bigger until they're slaughtered or pass away from stress in captivity.

The report says that crocodiles can live forever because they can live without oxygen for long periods of time.

These are noteworthy assertions, and they undoubtedly generated interest online. The sole issue? Experts on crocs say that none of them is accurate. 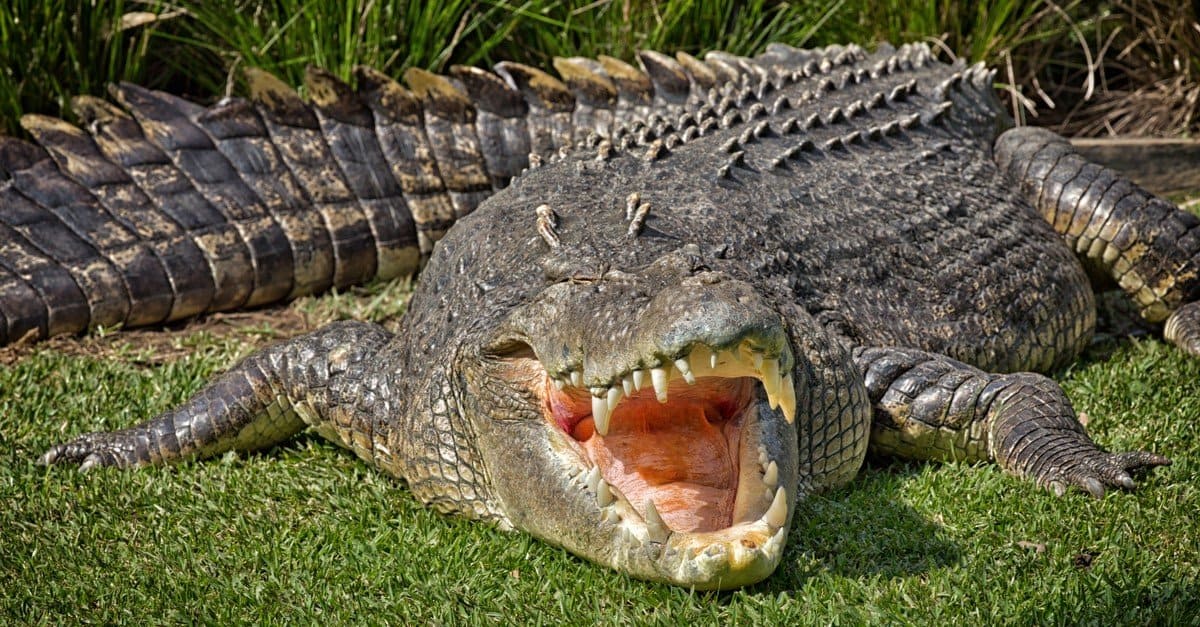 Saltwater Crocodile on the grassy ground with its mouth wide open

How Long Do Crocodiles Live?

Crocodiles do not have a set lifespan, yet they are not immortal either. They seem to live over an average of 70 to 100 years in the wild.

However, they do not frequently die from what you would consider "old age." Crocodiles typically die from other various reasons.

In spite of this, they age differently. As they age, female crocodiles generate fewer eggs and lose muscle tone just like humans do.

Even when adequately cared for, crocodiles in zoos do eventually pass away. However, they have been shown to have exceptionally long lives.

Crocodiles live lengthy lives, which accounts for the fact that more of them perish from causes other than old age.

They have a competitive advantage over others who lose it as they get older since they remain practically the same from the time they reach adulthood for the remainder of their life.

Despite being naturally immortal, crocodiles can nonetheless die for a number of reasons.

What Is The Deal If Crocodiles Aren't Eternal?

There is no set length of time that crocodiles live. In fact, they frequently survive human's desire to attempt to understand them.

They can live to be over 100 years old and are still as active as they were when they were younger. They grow larger, which is the only real difference.

However, becoming larger might be a problem because it means they must eat more and run the risk of starving.

Even while people may not age biologically, the longer you live, the more likely it is that you may pass away through sickness or an accident.

The following quote is from a Vice article on the immortality of crocodiles:

"This is the reason we don’t happen to see crocodiles the size of Boeing 747s in the wild." 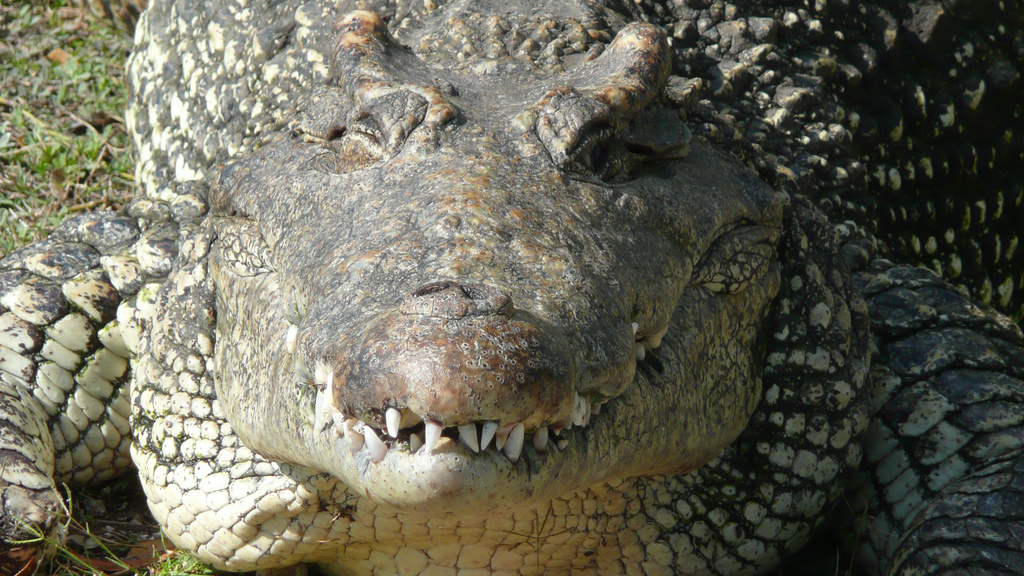 A close up view of the mouth section of a crocodile

The World's Largest And Biggest Crocodile

After talking to Billy Collett of the Australian Reptile Park, Vice added:

"Queensland is actually home to the world’s largest captive crocodile, Cassius. Measuring in at around five and a half meters long, he’s estimated to be more than 110 years old.

When I asked Billy what he thought of the proposition that saltwater crocodiles could not biologically die, he was skeptical.

He did concede though that there’s not a lot of research around the aging process for crocodiles.

In captivity, stress appears to stem their lifespan. In the wild, most crocodiles are relatively young because the market for handbags in the early 20th century wiped out anything older than 100 years."

Crocodiles are the top predators, so they don't have many natural adversaries in the wild. They may rest easy knowing they won't have to worry about animal attacks.

A crocodile's longevity might also be impacted by other things. Crocodiles are hunted and killed by poachers and hunters for their skin.

There are significant elements to take into account besides hunters. These include human interference and habitat degradation.

Crocodiles don't age biologically, but they still have to deal with the bad things that come with getting older.

They start losing their teeth as they become older. They cannot hunt or eat if they are missing their teeth. They eventually pass away because of this.

They are also prone to cataract development. Their capacity for hunting is also badly impacted by this.

However, Anne Welsbacher's book Crocodiles claims that crocodiles can go up to a year without eating.

They can actually sustain long periods of energy from their body fat. Due to their highly developed metabolisms, this is possible.

The most fascinating aspect of crocodiles is that they do not die of old age. They do not die because they only grow bigger and bigger with time and also their growth slows down after attaining adult size. Instead, they continue to grow and expand until they are killed by an external event.

Can Crocodiles Live Up To 150 Years?

While most are known for their big, terrifying stature, crocodiles have a long lifespan, living for more than a century.

What Animal Is Immortal?

So far, only one species has been designated as "biologically immortal": the jellyfish Turritopsis dohrnii. These small, translucent animals may travel back in time by returning to an earlier stage of their life cycle and can be found in waters all over the world.

Are crocodiles really biologically immortal? That crocodiles and alligators never stop growing is a myth.

According to crocodile expert Adam Britton, "No, crocodiles don't grow indefinitely, being prevented from exceeding the size of a small moon only because they get killed first by a competitor!"

According to studies on various species, a crocodile's growth slows down after attaining adult size, eventually reaching a point where the animal is essentially not getting any bigger. According to Britton, "The largest crocs are the ones that grow the fastest when they are young,"