The Land Down Under is famed for some of the most jaw-dropping animal stories from the weird and wonderful to the damn right unbelievable.

Globally we have been left utterly heartbroken amid Australia’s most recent bushfires, which claimed 33 human lives and over a billion of its animal inhabitants.

In latest viral news, one Aussie lad has received mixed reactions in the social media realm after a video of him eating flies live on TV started circulating.

Many found the footage bizarre with some even sympathising with the young boy’s snack of choice amid ongoing drought conditions in rural communities.

Australian Channel 10’s The Project reached out to the family of four to ask them about the droughts and how recent rainfalls had bought them some much-needed relief from the relentlessly arid conditions.

Beaming from ear-to-ear, the young Aussie in a traditional rancher hat and bright blue shirt, stands proudly with his family whilst they are interviewed live on Australian TV. 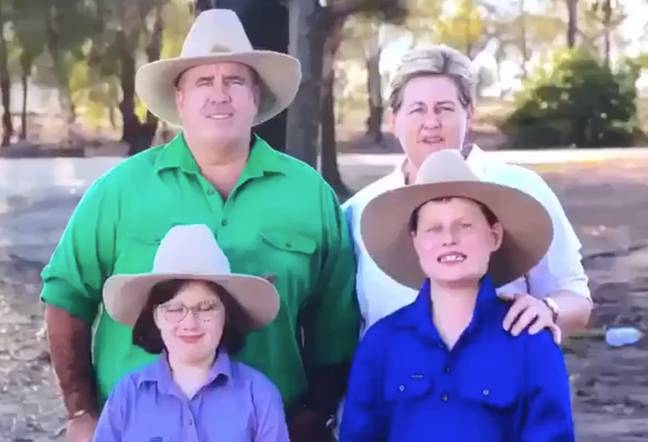 They look every-inch the outbackers.

A fly can then be seen landing on his face, followed by another.

The boy is then seen casually sticking his tongue out to the corner of his mouth to capture the little critter,  swallowing up the unlucky pair.

It bears a striking resemblance to the chameleon’s quick flash of its long, sticky tongue – just not quite so spectacular.

The footage has received mixed reactions online with one user writing:

“Imagine becoming a legend at such a young age, knowing all life is downhill from there”.

Oh, I don’t know, maybe he’ll take note of his instant viral fame and move on to bigger and better tongue-catchable critters.

It could become quite a talent.

Although he should probably keep things ethical.

Another asked: “How is that flies can dodge a fast-moving hand, but they can’t dodge a slow-moving tongue?”.

Yeah, how is that? The little blighters always seem to live to fight another day no matter our persistent hand flapping.

While another says: “When you’re in a drought, flies can be an important source of protein”.

And if that’s how we gotta’ play things with the pesky buggers during British summertime – we’re completely down with it.

Fly swatters have had their day.