This Majestic Baobab Tree Can Hold Up to 32,000 Gallons Of Water 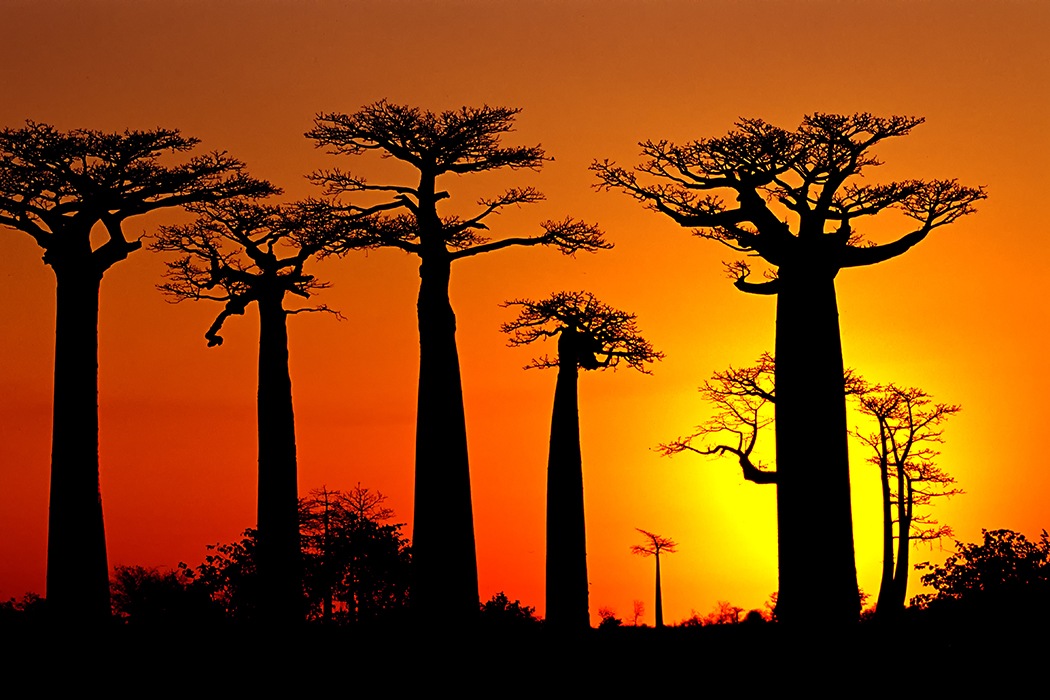 They are known as the camels of the plant world because their broad, barrel-like trunks of the Baobab Tree can hold up to 32,000 gallons of water. One renowned baobab in Namibia has a trunk that reaches 87 feet in diameter; it may be the biggest tree in the world!

How Can A Baobab Tree Hold 32,00 Gallons Of Water?

The Baobab has become used to its surroundings throughout time.

This fruit tree is succulent, which means that during the rainy season, it collects and stores water in its massive trunk, allowing it to produce an abundant crop of nutrient-dense fruit during the dry season when everything else is dry and barren.

It was because of this that it came to be known as "The Tree of Life."

Baobab is a genus containing nine species of deciduous trees in the hibiscus, or mallow, a family that is native to southern Africa (Malvaceae). They are distinguished by their distinctive barrel-like trunks and are well-known for their exceptional lifespan as well as their ethnobotanical significance. The baobab's unusual form is the subject of Arabian mythology, which states, “the devil plucked up the baobab, thrust its branches into the earth, and left its roots in the air.” 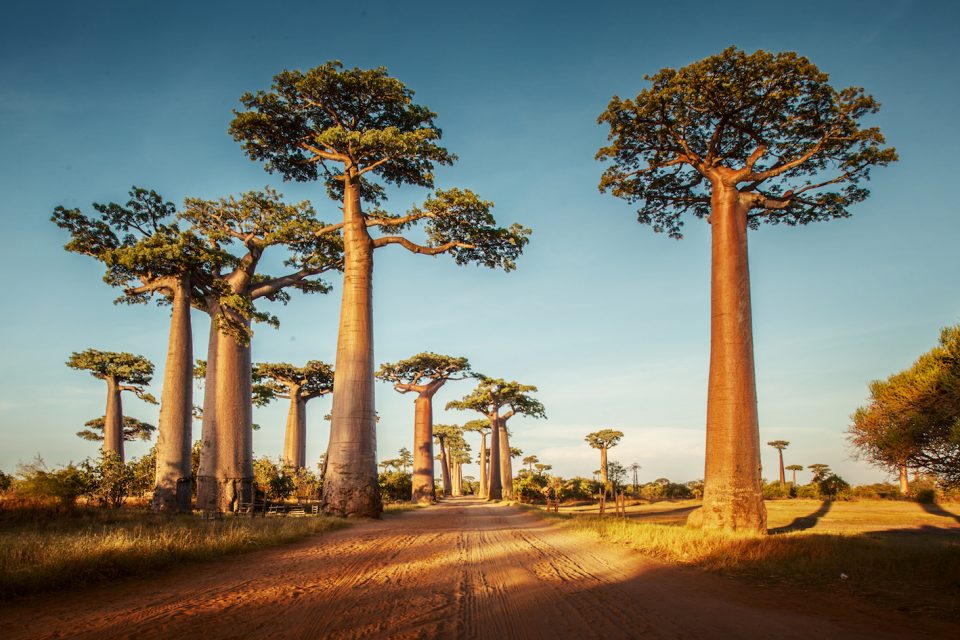 Evening view of the majestic baobab trees in the ground

Known as the African baobab, Adansonia digitata is the most widespread tree species in the genus Adansonia, which includes the baobabs. It is endemic to the African continent as well as the southern Arabian Peninsula (Yemen, Oman). These are extremely long-lived pachycauls; radiocarbon dating has revealed that some of them are more than 2000 years old. From a distance, they are often found in the dry, arid savannas of Sub-Saharan Africa, where they dominate the landscape and betray the presence of an underground watercourse.

The African baobab (A. digitata) is the world's oldest known angiosperm tree, according to carbon-14 dating, which dates a specimen found in Namibia to around 1,275 years.

In many cultures, they have long been treasured as supplies of food and water, as well as health treatments and as places of refuge, and they are a major food source for several species. They are entrenched in folklore and superstition, and they are feared. It is possible that climate change is to blame for the death of many of the largest and oldest trees in recent years. The baobab is also known by a variety of other names, including monkey-bread tree, upside-down tree, and cream of tartar tree.

Due to the fact that it is a succulent, the tree can absorb and retain water from the rainy season in its gigantic trunk, allowing it to produce a nutrient-dense fruit in the dry season that may grow up to a foot in length during the dry season.

Bats and bushbabies pollinate the tree's distinctive pendulous blossoms, which are found only on this species.

Early-blooming leaves may be eaten, and the enormous gourd-like woody fruit within has a delectable mucilaginous pulp that can be used to make a pleasant drink.

It has been reported that since 2005, nine of the thirteen oldest African baobab specimens and five of the six largest trees have died or suffered the collapse and death of their largest or oldest stems, a statistically unlikely occurrence that scientists believe may have been caused by climate change's effects.

How Long Does It Take For A Baobab Tree To Bear Fruit?

Although the tree grows slowly, it might take anywhere from 15 to 20 years for it to bear fruit in some cases. Tree grafting has shown to be effective, with fruit-bearing trees appearing within five years of being grafted. Growing a baobab tree in this manner is the most effective way to do it. 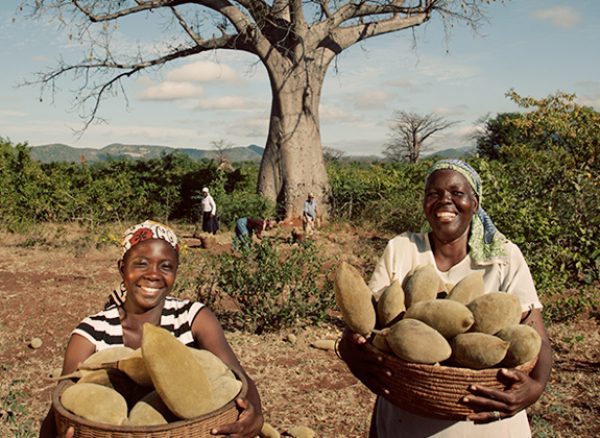 A. kilima was discovered to be a separate species from A. digitata in 2012, based on morphological and phylogenetic evidence.

It is superficially similar to the African baobab, but prefers mountainous settings on the continent of Africa and has different floral and pollen characteristics, in addition to having one fewer chromosome than the African baobab.

A compact crown and gray-brown to red trunks that taper from top to bottom or are bottle-shaped to cylindrical characterize the six Madagascan baobab species, which are found in Madagascar.

Because of the threats of habitat loss and the slow generation time of these species, three species (A. grandidieri, A. perrieri, and A. suarezensis) are listed as endangered on the International Union for Conservation of Nature Red List of Threatened Species, including the iconic baobabs of the famous Avenue of the Baobabs in the Menabe region (A. grandidieri).

"Near threatened" is the designation given to the last three species (Anthrax madagascariensis, Anthrax rubrostipa, and Anthrax za).

The baobab tree is widely used by the indigenous inhabitants of the area.

Many species contain edible leaves and fruits, and they are useful in the production of a variety of herbal medicines.

The bark of the tree produces a strong fiber that is used for rope and textiles in many parts of the world, and the trees also provide raw materials for hunting and fishing implements.

Naturally hollowed or dug trunks are frequently utilized as water reservoirs or temporary shelters, and have even been used as prisons, burial grounds, and stables in the past. Many cultures and religions place a high value on trees, and this is true in many places.

Some of the Reddit users have better comments for a Baobab Tree.

"Feel like they could use some of these scattered on Arrakis."

"Looks like a giant ball sack grew a tree"

Baobab Tree can hold up to 32,000 gallons of water in natural hollows between branches and on the exterior of the trunk, which serves as a reservoir for the tree. It is common practice in dry locations to carve hollows into baobab trees in order to build storage "wells" to collect rainfall, which may have contributed to the misconception that Baobab trees can provide drinking water to passing animals and humans, as has been suggested.