Barbarian Is The Most WTF Theatrical Release In 2022 So Far 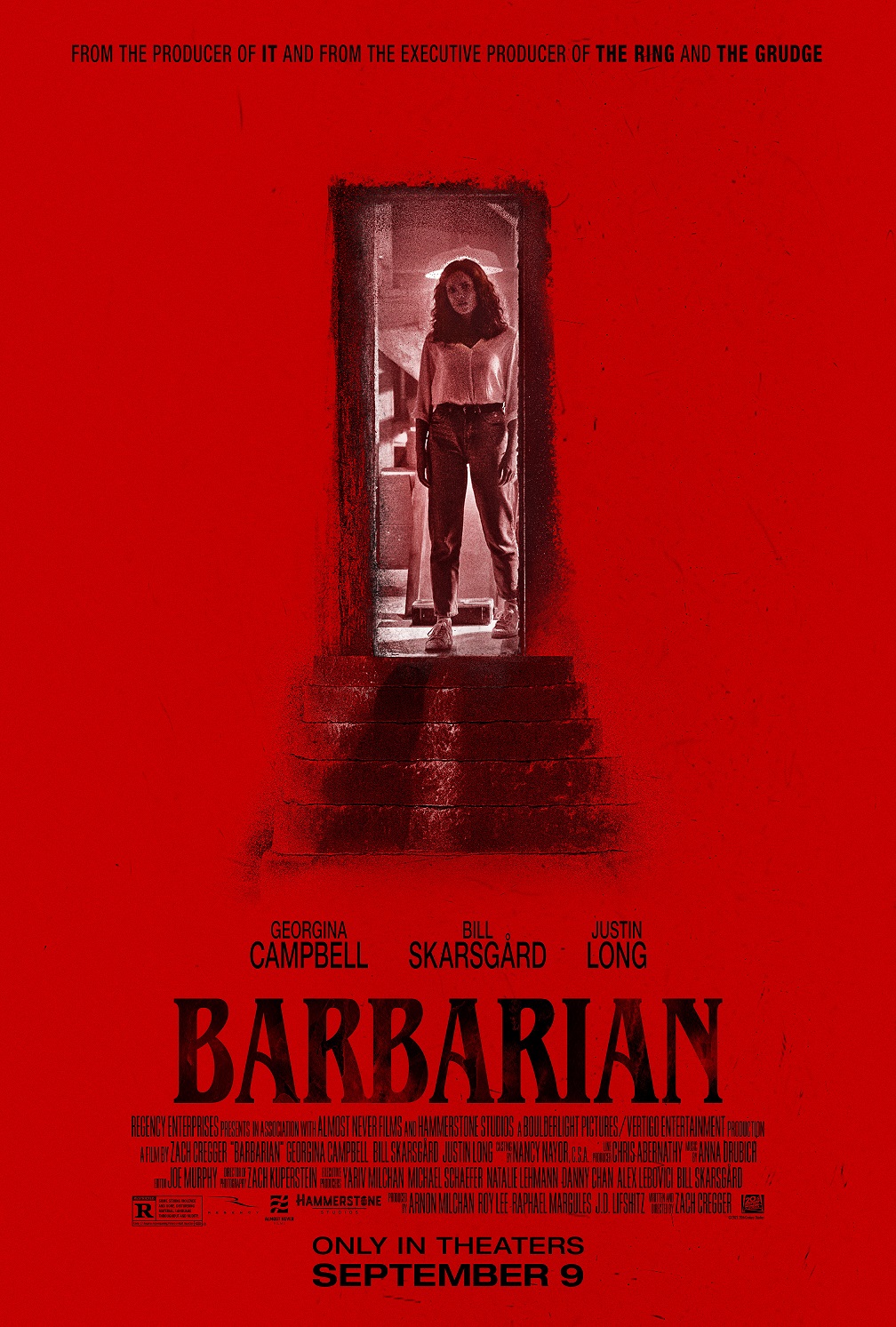 Zach Cregger's debut solo project, Barbarian, is the craziest, goriest, most WTF theatrical release so far in 2022, like some bastard creature that escaped from captivity.

Barbarian Trailer - One Of The Best And Creepiest Horror Movies

Meet one of the year's biggest and most brutal horror surprises. In order to keep viewers on edge, writer/director Zach Cregger ("The Whitest Kids U' Know") forgoes conventions in Barbarian, resulting in one of the most wonderfully bonkers viewing experiences in recent memory.

A simple rental nightmare turned into a dramatic pressure cooker situation that kept getting worse and worse until midnight. Zach Cregger, who previously wrote and directed The Whitest Kids U'Know, is the film's writer and director. In addition, he produced the show as well as, among others, the Hulu documentaries Sasquatch and Comedy Zen.

Tess is Georgia Campbell. Viewers may recognize her from Suspicion, where she portrays Natalie Thompson, or the Black Mirror episode "Hang the DJ."

Bill Skarsgard is Keith. Most people may be familiar with him from his portrayal of Pennywise in the most recent IT movies, although he has also been in Atomic Blonde and The Devil All the Time.

In the trailer, you can just about make out Justin Long (New Girl, Giri/Haji) as Cale, Matthew Patrick Davis (American Dad!, Henry Danger) as The Mother, Richard Brake (Brave New World, The Royals) as Frank, Kurt Braunohler (Bob's Burgers, Mr. Mayor) as Doug, Jaymes Butler (Snowden) as Andre, and Kate Bosworth (Along for the Ride, The I-Land) as Melisa. 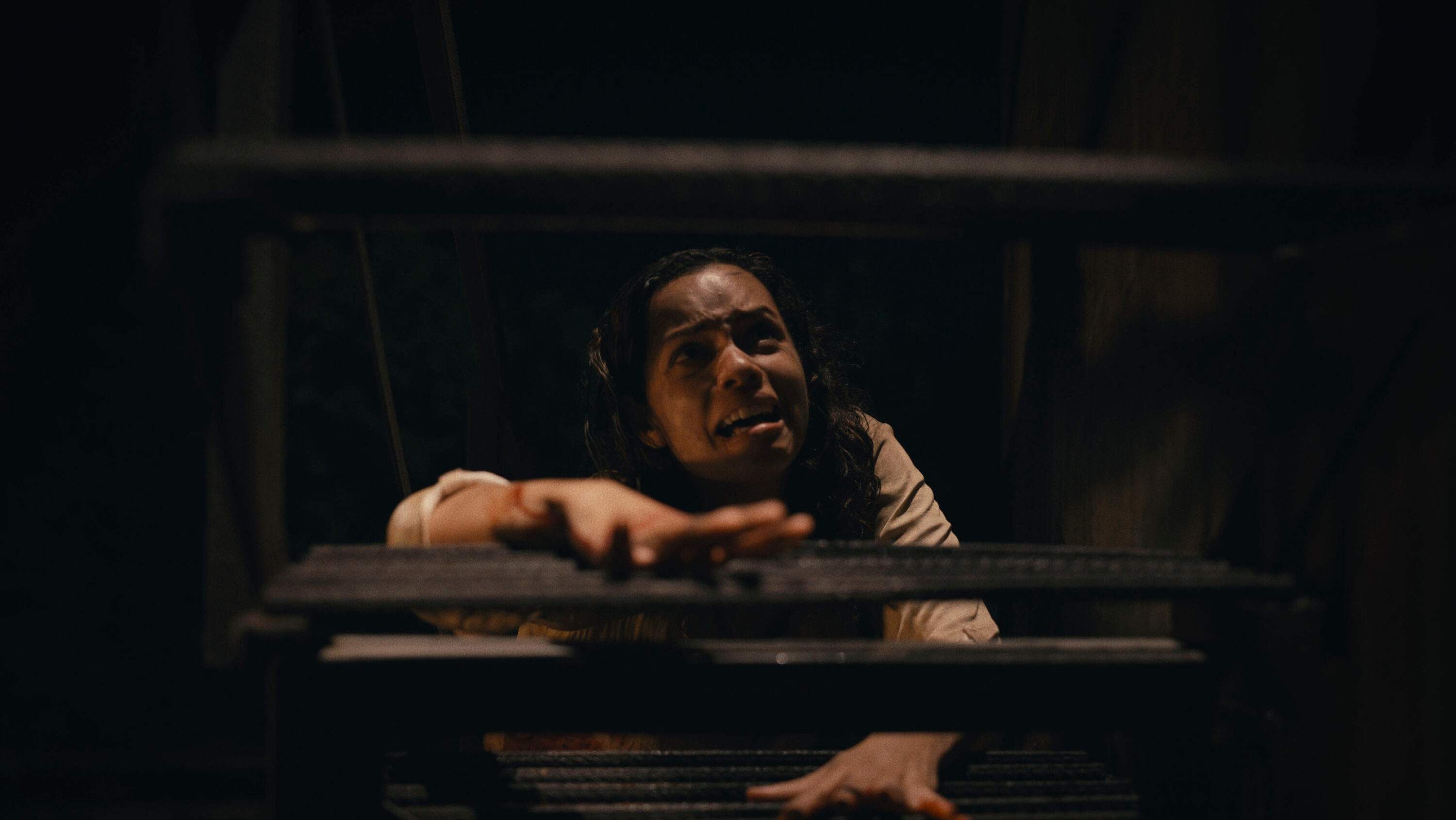 A girl screaming for help in the movie "Barbarian"

In the opening scene of this film, Tess (Georgina Campbell) finds Keith (Bill Skarsgrd) already living in her Airbnb rental in a sketchy area outside of Detroit. Keith's odd and awful acting makes you immediately assume that the film will be a crazy timeshare slasher, similar to Dave Franco's not-at-all terrifying The Rental or Brandon Christensen's far more insane Superhost.

S*xual assault is alluded to in the following sentence. You know, you're not supposed to feel bad for AJ because he says stupid things, like "it took some convincing," when asked if his s*xual tryst with the actress accusing him of rape was consensual.

But then Barbarian pivots unexpectedly from the destroyed residential ruins of Michigan to the sun-kissed beaches of California to suddenly focus on AJ (Justin Long), a schmuck-y TV director whose career gets #MeToo'd.

When AJ realizes he owns property in Detroit while facing career suicide and financial disaster, you know this is going to morph into some horror film about white male privilege and violent retribution when the prodigal asshole goes home.

If only barbarians could be defined or even described that simply. Tess and AJ eventually cross paths in a cute way in the dismal, underground labyrinth that lies beneath the rental property that AJ owns. 40 years prior, there, a man by the name of Frank (Richard Brake) began gathering women to serve as his conjugal incubators. But wait, that's giving too much away.

Not knowing the movie's story before it begins adds to the excitement of discovery in Barbarian. And one of the reasons Barbarian is so perplexing is that, even after seeing it, you still have no idea what's going on.

Cregger writes with a propulsive flare that keeps his movie going forward with purpose even as you battle to adjust to its slippery narrative slope, and he successfully navigates some confined boundaries to achieve maximum uneasiness.

The unhinged final act of Barbarian features some of the craziest and most nauseating practical effects work in recent memory, and for at least the dedicated horror aficionados, that right there is plenty.

Best of all, revealing this is not giving anything away. The Barbarian may not have a lick of logic, but it is savage AF and entertaining as hell. For everyone else, you'll just have to trust this movie and its director. 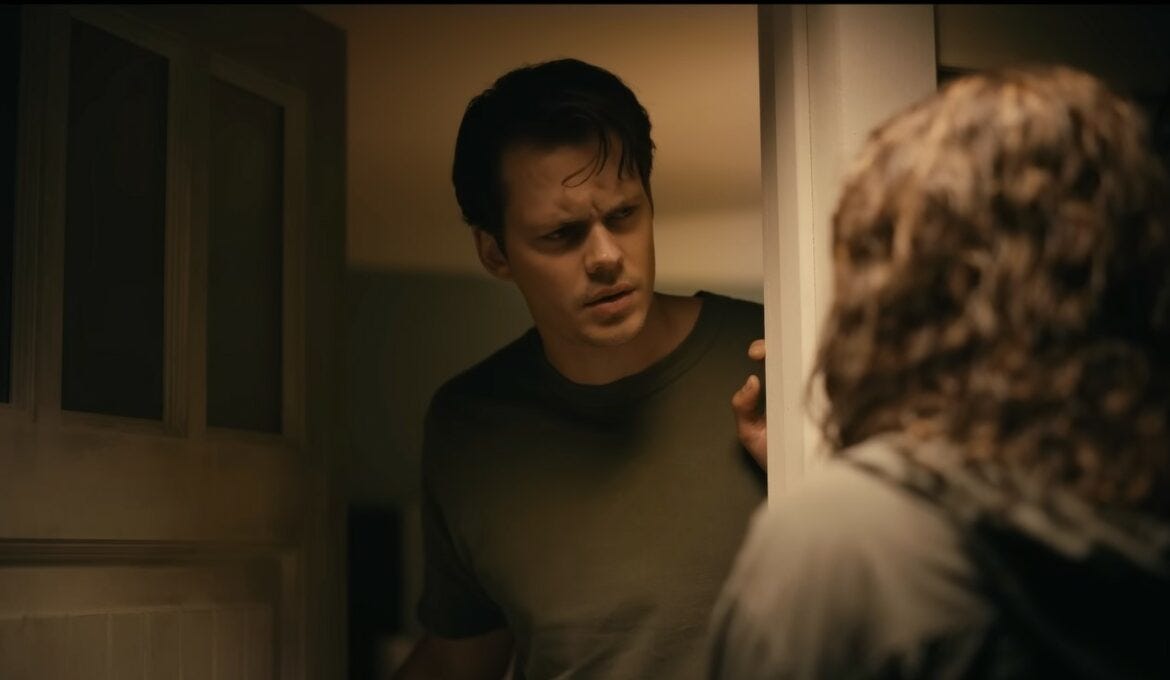 A girl and a boy talking to each other

What Happens At The End Of Barbarian?

It is revealed that Frank has been abducting women, raping them, and carrying their children in secret chambers beneath his home without consequence for decades. It is also revealed that Mother is the daughter of another of his victims, who was born into dreadful captivity.

The Barbarian is a dark, incredibly gruesome horror film (with satirical undertones) about a scary house near Detroit. Parents need to be aware of this. Although it's expertly crafted and engaging, the monster is a letdown.

What Is The Plot Of Barbarian?

The rental house a young woman reserved is already occupied by a stranger. She decides to stay the night against her better judgment, but quickly realizes there is much more to be afraid of than simply an unexpected house guest.

Barbarian insists on being seen in a group. Creggers offers astute insights about human nature at its best and worst, using them as the basis for a gut-wrenching horror film. Every norm is broken, resulting in a confrontational and spooky feature that hits you like a freight train and leaves you gasping for air.

It has a wonderful cast that is fully dedicated to the lunacy, and it is well-written and expertly crafted. The kind of bloody, brutal, and violent horror that leaves a mark is more significant.