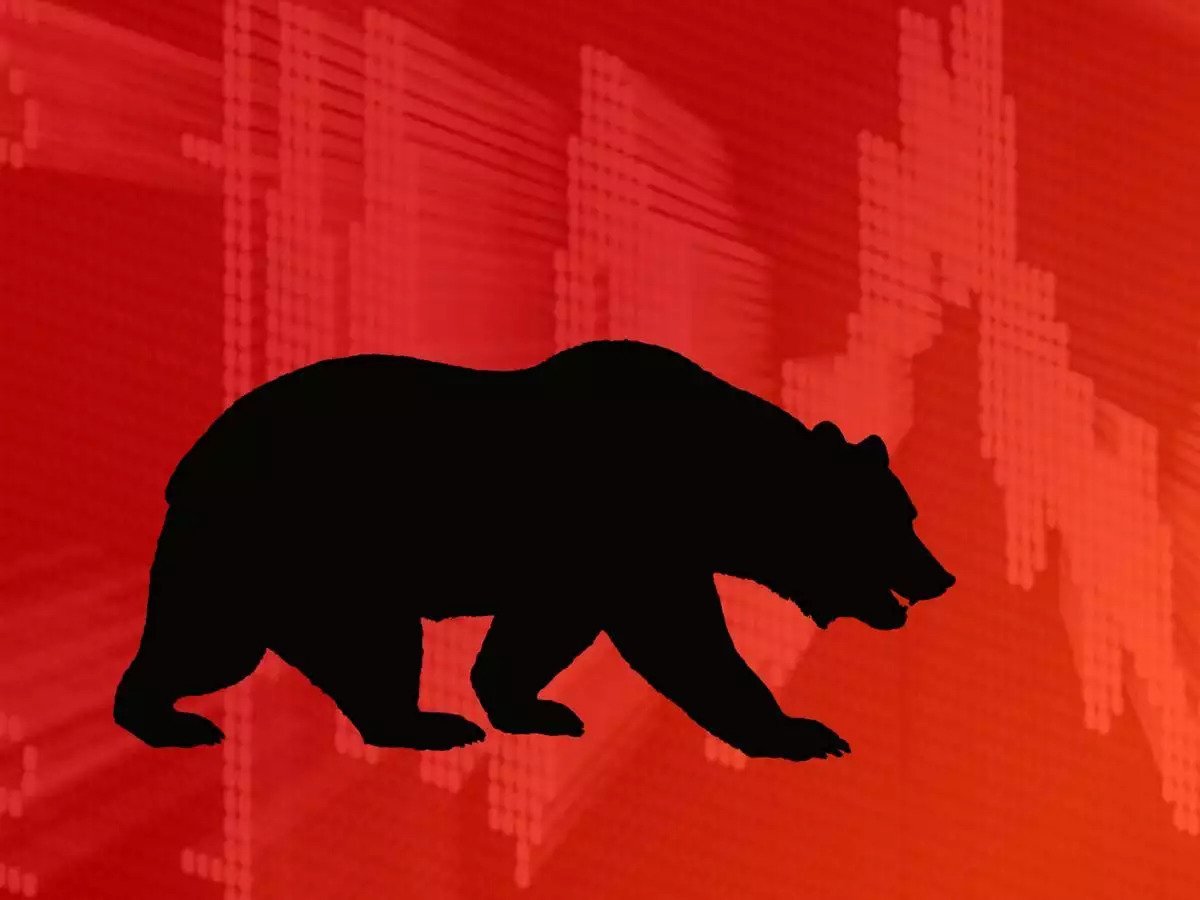 A bear trap is a type of technical pattern that happens when the price action of a stock, index, or another financial instrument mistakenly signals a reversal from a downward trend to an upward trend.

It's possible that a technical analyst will argue that institutional traders are trying to set up bear traps so that they can entice individual investors to buy long positions. 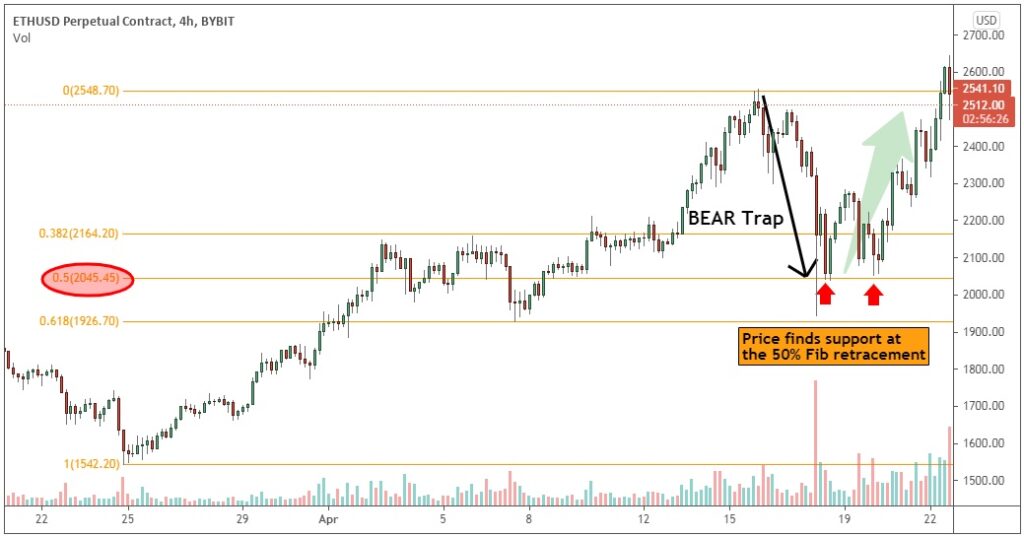 What Is A Bear Trap Crypto?

A false technical indicator of a reversal from a down market to an up market is an example of a bear trap, which might entice investors who are not paying attention.

These kinds of events are possible in any and all markets for assets, such as those shares, futures, bonds, and currencies.

A bear trap is typically set off when a price decrease prompts market players to initiate short sales.

These short sales then suffer a loss in value after a price turnaround when market participants are forced to cover their short positions.

How Does One Set Up Bear Trap Trading In The Cryptocurrency Markets?

Bear traps in cryptocurrency markets function in the same way as their counterparts in other asset classes, luring both bearish and optimistic bets despite the frequently disproportionate dangers involved in doing so.

A bear trap in crypto markets is a form of market manipulation that is brought about by the concerted efforts of a group of traders who hold enormous quantities of the underlying cryptocurrency.

The term "bear trap" is used to describe both the mechanism and the short-lived price reversal falsely indicating the onset of a downtrend.

It is used to describe both the mechanism and the price reversal.

The collective selling of a particular token causes its price to decline, which in turn leads other retail participants to assume that the upswing is no longer continuing.

This is accomplished by the sellers coordinating their sales with one another.

Because of this, many investors may decide to sell their holdings, which brings about an even steeper decline in price for a period of several hours or days at the conclusion.

It is common practice for influential trading groups to repurchase previously sold amounts at lower prices once a price level has broken below a level that had been previously held as support.

This action then sets off a strong upward surge that catches a large number of bearish bets in its net.

Traders who had short positions would then rush to purchase the cryptocurrency in an effort to minimize their losses.

The subsequent purchasing momentum would simply help to boost the price even higher than it already was.

Therefore, the trader group or bear trap setters intend to profit from the difference in price between when they sell their positions at a higher price and when they buy back all of the positions that they sold at a lower price level.

This will be accomplished without affecting the total amount of cryptocurrency that they hold in the long run. 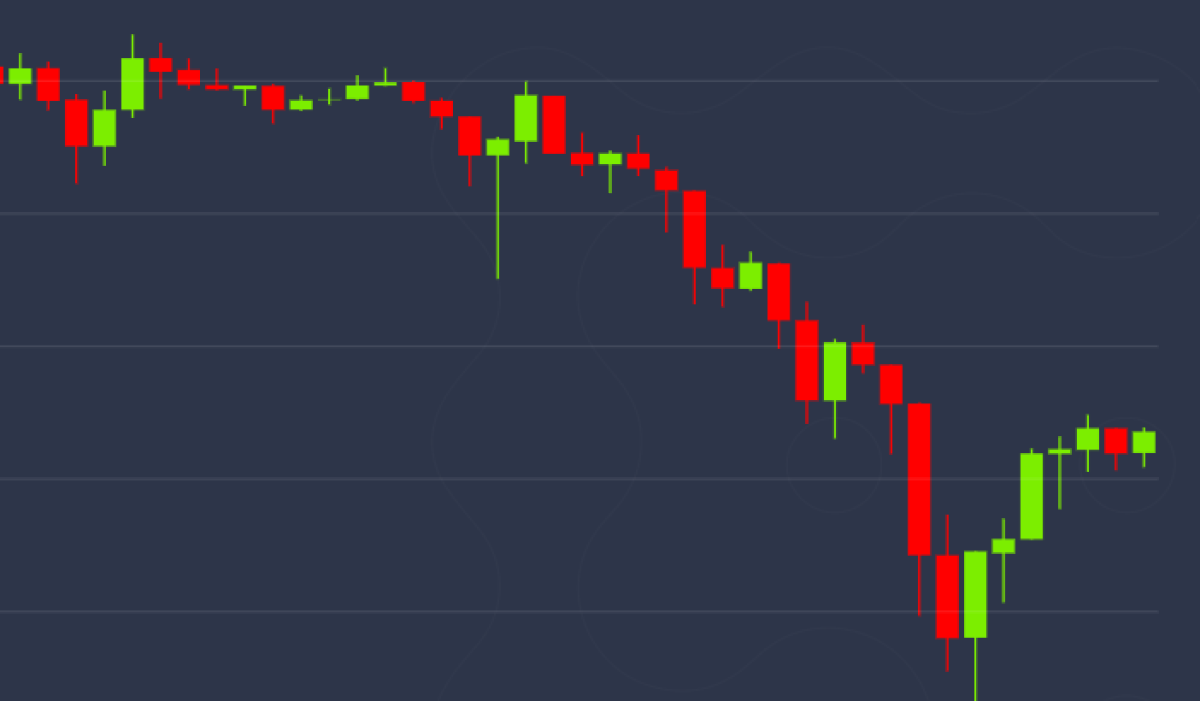 An example of a bear trap is given below.

Take into consideration the possibility that investors were monitoring a crucial support level located at $425 on the SPDR S&P 500 ETF (SPY), which is a proxy for the US stock market.

Some investors engaged in stock shorting on the assumption that a sustained move below this support would be interpreted as a bearish signal.

Nevertheless, the price turned around, which resulted in financial losses for short-sellers.

A Multiple Top Breakout that reverses after surpassing the previous highs by one box is an example of a specific pattern known as a Bull Trap.

A Multiple Bottom Breakdown that reverses direction after exceeding the previous lows by one box is referred to as a Bear Trap.

Bull and Bear Traps offer immediate warnings of a signal failure, but chartists need to be careful not to get caught.

Bear traps are unique in that they include both a downward move and an upward move; as a result, bearish and bullish traders can trade them, and they do so using quite different tactics and with very different potential results.

In order to provide the groundwork for a bear trap, one must first engage in short selling of cryptocurrencies or create short positions using other market instruments.

Popular cryptocurrencies such as Bitcoin (BTC), similar to other asset classes such as well-traded equities, are able to be "shorted" through the use of a variety of different mechanisms, such as short-selling tokens, margin trading, or trading in futures and options of the base cryptocurrency.

One example of such an asset class is Bitcoin (BTC).

These opportunities are frequently utilized by experienced traders and institutional investors in order to safeguard their investments in the secondary market and hedge their positions in the event that the market or trend experiences a reversal.

As a result, shorting a cryptocurrency by selling it or shorting it through any of the available channels is a frequent activity.

Despite this, the volumes involved in shorting a cryptocurrency are just a fraction of the volume of primary token trading. 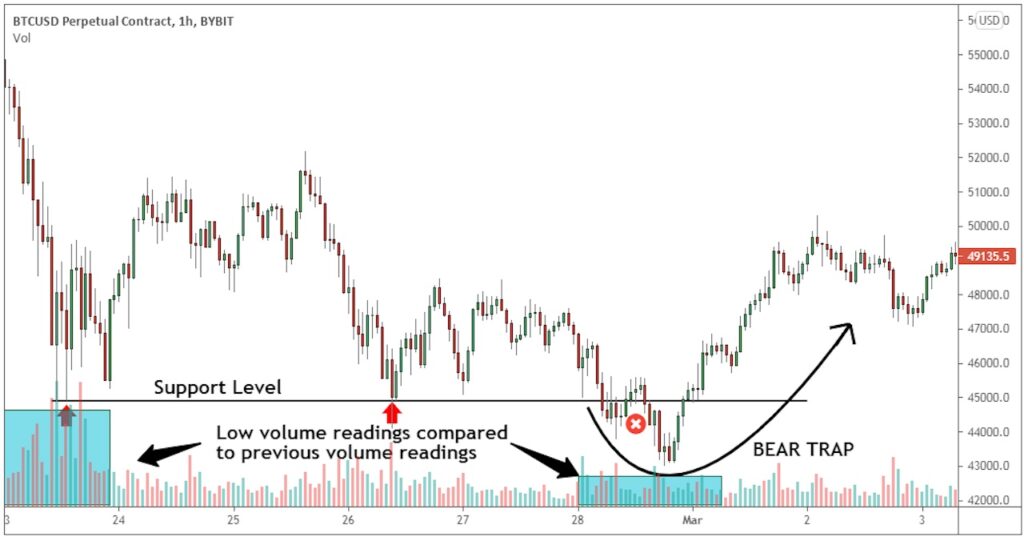 However, when done on an excessively broad scale, shorting a cryptocurrency such as BTC can produce enormous downward pressure on its pricing due to a collective rise in the fear quotient. This can result in significant price decreases.

The entry of a cryptocurrency into bear territory can be signaled by technical indicators like the relative strength index (RSI), which can then set off a wider sell-off that is fueled by less-informed retail investors who wish to remove risk from the equation.

If this sentiment continues to persist and prices continue to fall below the key support levels, it could attract even more bearish investors to go short, which would serve as a lucrative opportunity for large trading entities to cause a bear trap by covering their original short positions.

As a result, the beginning of a bear trap is marked by a group of investors with significant token holdings engaging in the short selling of a cryptocurrency.

The bear trap comes to an end when the investors either disclose their derivative positions, buy back their short-sold cryptocurrency positions, or some combination of the two.

Although anyone has the ability to initiate a short position or short-sell a cryptocurrency, it is against the law in markets such as the United States to conspire with other participants in order to manipulate the price of an asset, and doing so can invite the wrath of a number of different central authorities.

A market participant may be persuaded to anticipate a fall in the value of a financial instrument as a result of a bear trap, which may then result in the person taking a short position on the asset.

In contrast, the value of the asset does not change or even go up in this case; hence, the participant is compelled to take a financial hit.

A price reversal is said to be a bear trap if the predicted downward trend either does not materialize after the anticipated amount of time has passed.

When analyzing market trends and deciding how to invest their money, market participants frequently rely on analyzing and evaluating technical patterns.

Technical traders use a range of analytical methods to try to spot bear traps and steer clear of them.

Some of these tools include Fibonacci retracements, relative strength oscillators, and volume indicators.

Traders can use these tools to better analyze and predict if the current price trend of security is authentic and will continue for the foreseeable future.

What is a Bear Trap in Trading And How to Identify It?

How Do You Identify A Bear Trap?

The volume of the market is an important indicator that can assist you in recognizing potential bear traps in advance. When a share price is getting close to a new high or low, the market volume varies considerably, which is an indication of changing emotions. However, if there is a decrease in price but not a correspondingly big increase in volume, then it is most likely a trap.

How Do You Trade Bear Traps?

Have you ever heard about the bear trap in crypto before? I hope this article answers all your queries.

Have you heard about the seven deadly sins of cryptocurrency?