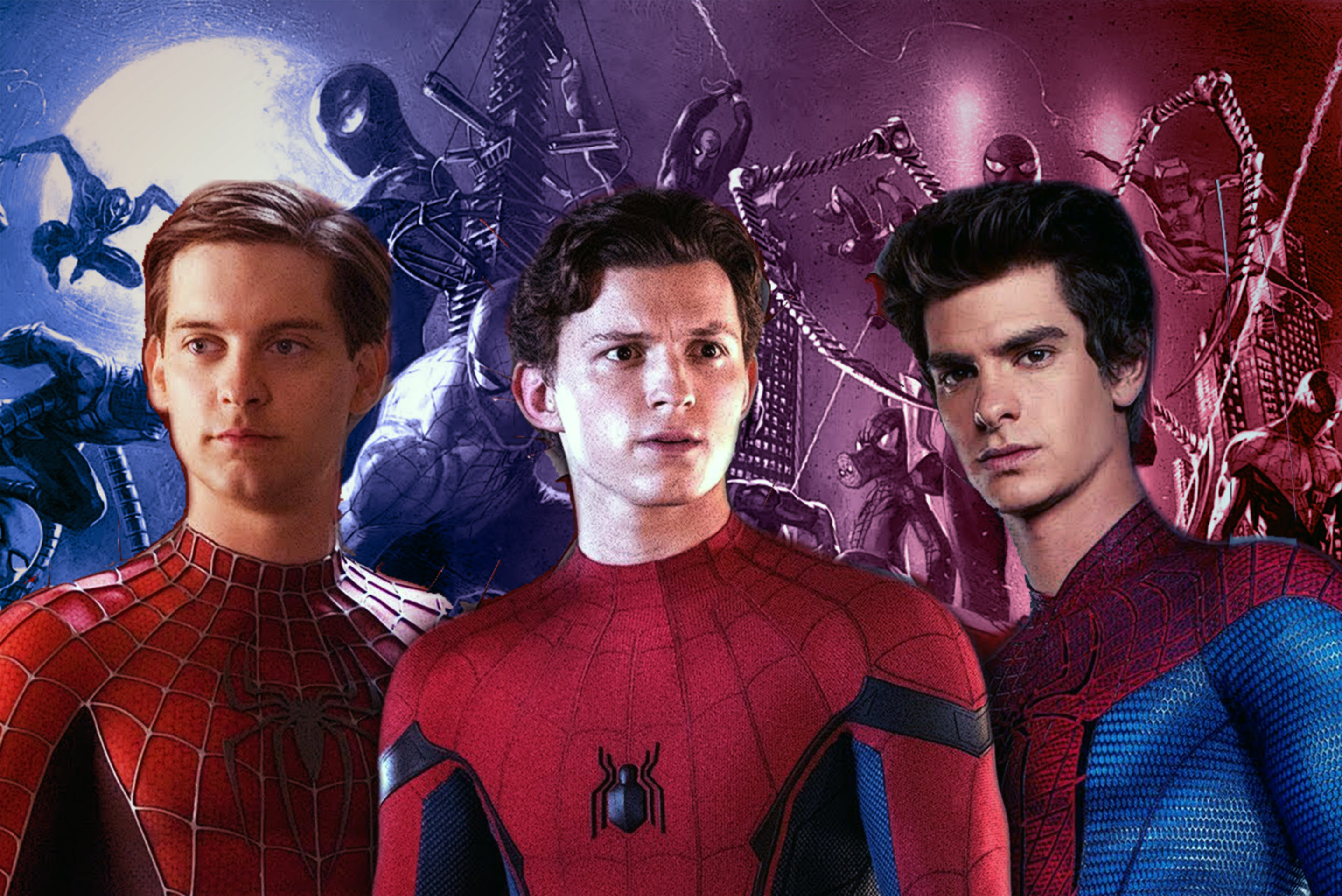 Who doesn't scream and cry when Spiderman's aunt is killed by a powerful enemy in the latest Spider-Man film, "Spider-Man: No Way Home"?

If you already watched this latest reboot, it's for sure you really enjoyed and were satisfied with the plot of the movie, especially when Dr. Strange was included in the story.

Because we all loved these movies, you are going to meet the best actors who played Spiderman! 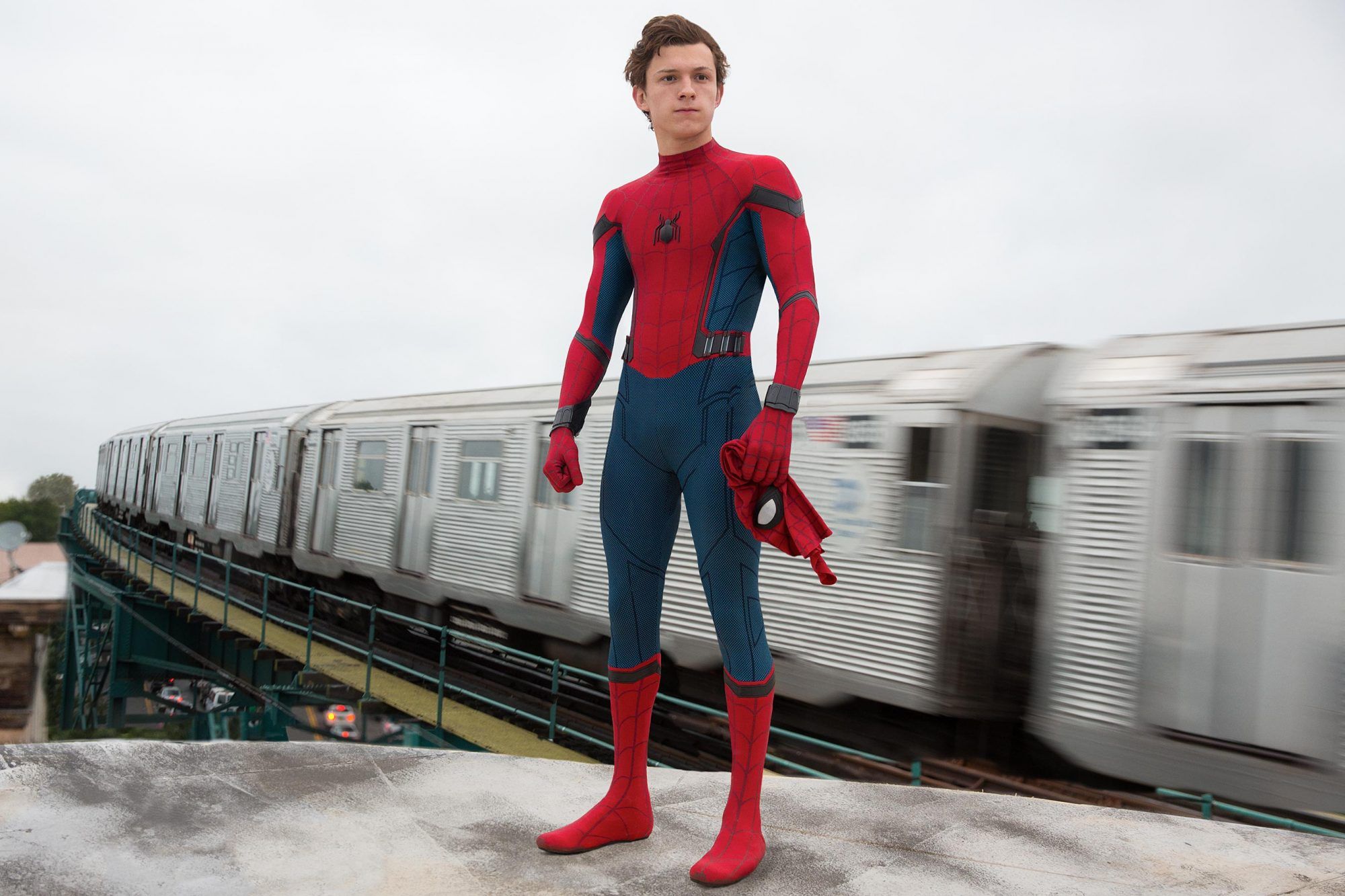 Spider-Man is a superhero and a high school student who has spider-like abilities.

He is given spider-like skills as a result of being bitten by a spider, and he uses these powers to combat crime as his superhero alter ego, Spider-Man.

You may also recall that, despite his best efforts to conceal his identity from the rest of the world, later on, Tony Stark was able to discover him and join him in his team.

In exchange, he received a new suit and advanced technology that he uses to fight his powerful enemies in the latest sequel.

Tom Holland is the most recent live-action version of Spider-Man. What can you say about his performance?

Maybe because he is the latest Spiderman character, it's without a doubt that Tom Holland, who used to play the role of Peter Parker in the movie, is the best Spiderman dramatization ever.

Holland first appeared in "Captain America: Civil War," where he is a high school student who lives in Queens, New York City, and fights crime using his improved agility and a device that shoots tensile webbing.

On the other hand, he last appeared in the movie "Spider-Man: No Way Home," where he was surrounded by reporters, federal agents, and locals who believed that Parker was a murderer.

This impression made Peter and his best friends, MJ and May, a subject of controversy in their senior high school years.

Peter went to Doctor Stephen Strange in hopes he could utilize the Time Stone to undo Mysterio's scheme, but there were serious consequences to Peter's request.

The trailer for the latest Spiderman film is embedded below, and you can see how viewers reacted to it.

Man I remember being so excited for this movie and getting goosebumps every time I watched this trailer. I’m glad I can say it was all worth it because NWH was the greatest experience of my life and the perfect end to my childhood.

Then, a fan of the Spiderman movie commented in the comment section:

6 months after the release of this movie I still rewatch this trailer in shock that this movie now exists, it is a literal dream come true seeing our childhood heroes and villains coming back to reprise their roles and to top it all off we see MCU Peter's insane development, this was and forever will be an unforgettable experience.

"I grew up a massive fan of Spiderman in the early 2000s, and when I went to see this I knew nothing about it, so I was absolutely starstruck when I saw all my childhood favourites return. I was not expecting it at all. What an incredible way to wrap up the series."

Latly, Zoey Bunch felt the emotions of Tom Holland's role where she said:

"Can't believe I cried so much when Peter was on the rooftop and when's saying his goodbyes. I really felt his pain."

At this point, you will notice that Tom Holland played Spiderman in the following films: 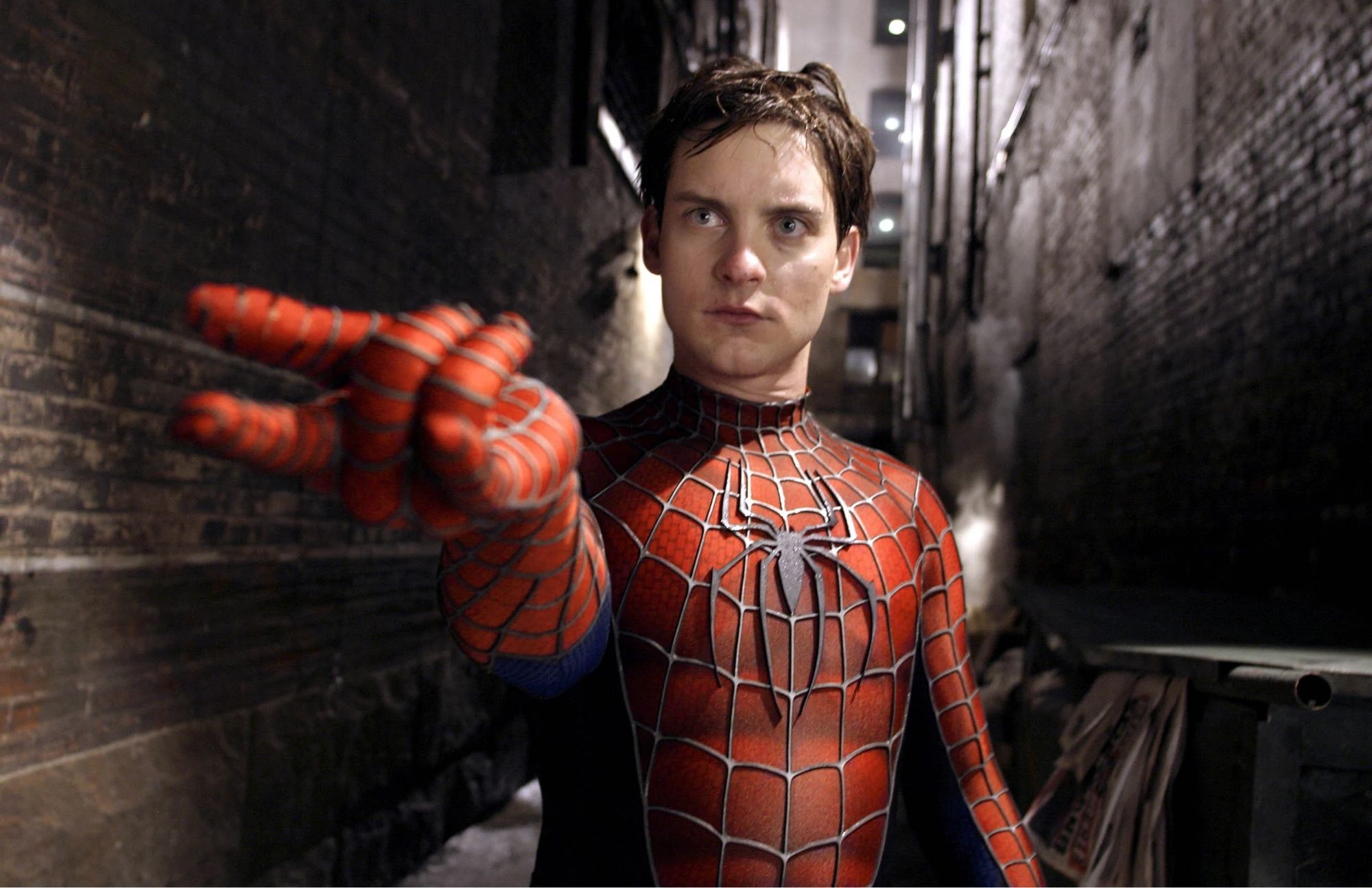 Tobey Maguire, one of the actors who portrayed Spider-Man, is preparing to shoot his web in the picture

American actor Tobias Vincent "Tobey" Maguire is credited with being the first to play Peter Parker/Spider-Man on the big screen.

Tobey Maguire is an actor who rose to prominence because of his performance as Peter Parker/Spider-Man in the Spider-Man trilogy directed by Sam Raimi (2002–2007).

In addition, he played the role of the character in Spider-Man: No Way Home, in which a different Spider-Man from a different universe emerges.

In the 2002 movie Spider-Man, Peter Parker is an orphaned high school student who is crazy about Mary Jane Watson, a popular girl who lives next door.

While on a field trip for science class and while taking a picture for MJ, a "super spider" created through genetic engineering bites Peter.

Because of this, Peter obtains superhuman skills such as greater strength, speed, and the ability to scale walls and make biological webbing.

Later, he fought the secondary antagonist, Harry Osborn, donned the suit, grabbed some explosives, and flew the glider out of the building as the Green Goblin.

Let's watch the trailer of his first break in the first ever Spiderman.

"One of the most influential movies in blockbuster history. This was one of the first movies to make the comic book movies explode in popularity and become what they are now."

Varun Hans is completely confident that Tobey Maguire will forever be his Spider-Man.

Meanwhile, a fan of Toby Maguirre said in the comment section:

This is where it all began. My childhood. My inspiration for being the person I am today. This movie inspired me to be a good person and to always be kind and to put others before myself. It'd amazing to think that a fictional character was more of an inspiration to me than the people in my actual life. Thank you Stan Lee. Thank you Tobey Maguire. Thank you Sam Rami.

"I was 4 years old when my father bought me this movie on DVD and when I saw this film, I lost my mind and Spider-Man became my favorite superhero of all time. Spider-Man (2002) will always be in my heart."

However, after several years of popularity, Maguire's prominence in the entertainment industry began to wane for a variety of reasons, including personal choices, unfavorable press, marriage, divorce, and fatherhood. 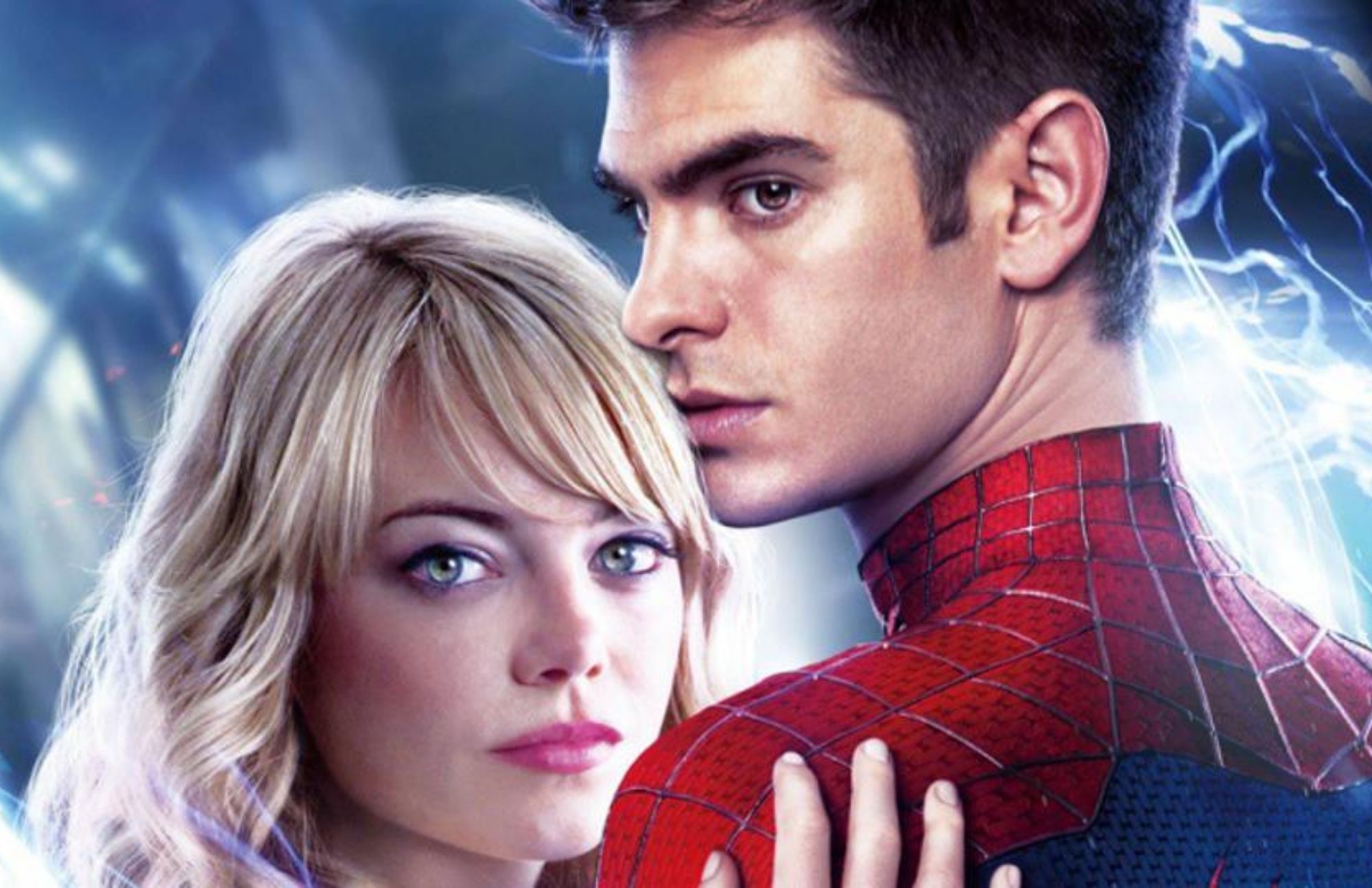 Andrew Garfield, who portrays Spider-Man, embraces MJ as a flash of lightning strikes behind them

Even though Maguire played the first live-action Spider-Man, many fans found that Garfield's interpretation of the character was much more to their preference.

Garfield, on the other hand, has gotten a lot of applause for going back to the red and blue spandex, even though this hasn't happened yet.

Both the original film and its sequel had excellent performances from Andrew Garfield and Emma Stone, but the problem with the former was that he just didn't have the appropriate vibe to pull off the role of Peter Parker.

Even though Peter is expected to be a nerd, Andrew gave off the impression that he was the coolest guy in his whole high school.

Let's watch the highlights of Andrew Garfield's portrayal of Spiderman below:

Heres the rundown of the comments accross the comment section of the "Andrew Garfield’s Spider-Man - Best Moments from the Amazing Spider-Man movies."

In my opinion Andrew Garfield is perfect actor for Spider-man role because he had funny quips, right body shape, height, and he moves like an actual spider just like comics. Sadly i'm not that a fan of his portrayal of Peter, I prefer Toby and Tom for that role.

"Garfield was the perfect Spidey because everything works. The actor, the acting, the suit, the independence, in that regard it is the most accurate Spiderman into perfection (even the guy's neck elongated enough) it just works beautifully

Best CGI Marvel has ever done in multiple instances. What breaks the thing is trying too much villains in the same movie, it was too much too earlier."

"The best Spider-man for sure, just not a great Peter, but for sure the best spider-man! Also, his emotions are amazing too! You feel with him!"

"In my opinion, I think Andrew Garfield is an excelent Spider-Man in his own way and with his own characteristics; seeing him at No Way Home was great. I hope there is a continuation of The Amazing Spider-Man, maybe with Tom Hardy's Venom, it would be really amazing!"

Tobey Maguire, Andrew Garfield, and Tom Holland have all taken turns portraying Spider-Man in the movies, so far.

Maguire starred in both Spider-Man films, which were blockbusters. They grossed $821 million and $789 million, respectively.

Andrew Garfield Garfield has been nominated for an Oscar for Hacksaw Ridge and has won BAFTAs. It grossed $750 million globally.

Peter Parker has been played in a lot of different ways. Peter Parker isn't even the only Spider-Man out there these days! Here are some actors who have been caught in a web.

Every Spider-Man Movie Ranked from Worst to Best

Tom Holland embodies the most perfect Peter Parker of anyone who has ever played the role, which is more than can be said for any of the other actors who have played the part.

We might be a little partial because he is still Spider-Man, but Tom is so good at playing Peter Parker that we might think he is Parker himself.

Who Is The Weakest Spider-Man Actor?

Andrew Garfield is arguably the weakest live-action Spider-Man we've seen so far, but it's difficult to blame him entirely.

The planned third film was canceled after a pair of divisive films, with the sequel in particular receiving a less-than-positive reception from critics.

Which Spider-Man Is Stronger Tobey Tom Or Andrew?

After watching No Way Home, it's clear that Tobey is the most powerful Spider-Man.

In their first fight, Tom is brutalized by the Goblin. Tom's punches make the Goblin laugh, whereas Tobey makes the Goblin beg for mercy after three punches to the helmeted face.

Which Spider-Man Suffered The Most?

It should be Tom Holland's portrayal of Spider-Man that suffered the most. He lost Aunt May and Tony, and no one knows who he is anymore.

Tom Holland is the most recent actor to portray Spider-Man on the big screen, following in the footsteps of Tobey Maguire and Andrew Garfield, who came before him.

They all tried their hardest to justify the iconic superhero.

It's safe to say that comparing the three best actors who played Spiderman only leads to misunderstandings and fan division.

No matter who appears first or last, they all deserve to be recognized and praised for their efforts in playing Spiderman.