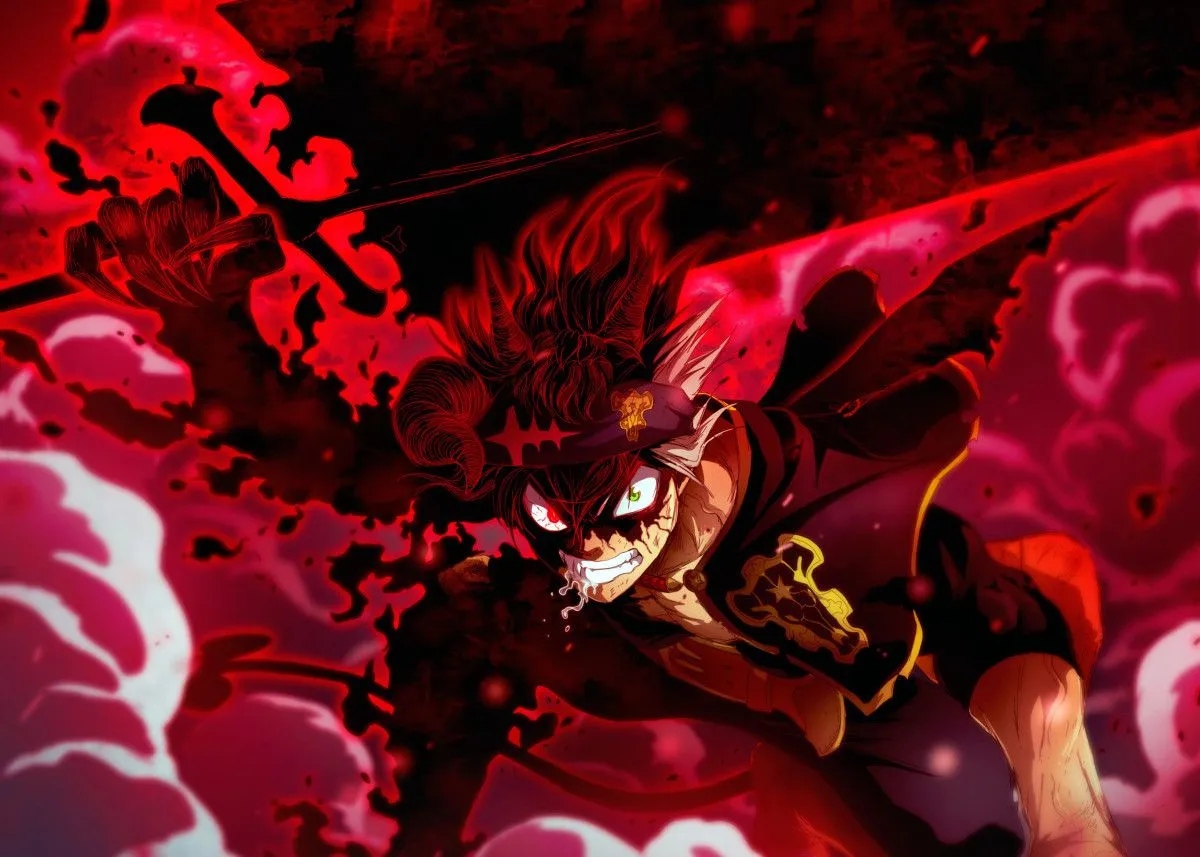 Like any great shonen, Black Clover has epic battles that test the limits of the participants.

Every fight has something to recommend, whether it be high stakes, mind-blowing magic spells, excellent sword fighting, fantastic aesthetics, or emotional relevance. So, here are some of the best fights in Black Clover.

Despite certain issues with the story, Black Clover's fights are often impressive in terms of quality, speed, and overall intensity.

Many of them are about Asta, the main character, and show how he grows as a fighter who doesn't use magic in a world where magic is the norm.

While there are other Black Clover fights of great quality that do not feature Asta, his participation is a frequent trend among the series' top bouts.

Dante, who employs both body magic and gravity magic, is a terrifying foe.

Because of his strength and arrogance, he plays around for the first half of the fight before turning it serious.

However, because of Dante's ongoing regeneration, Yami ultimately needs Asta's assistance to defeat him.

Asta defeats Dante by slashing at him while imbuing Yami's katana with Anti-Magic. The Anti-Magic prevents Dante from regenerating.

The voice acting is fantastic as well; you can tell the actors are truly into it. It's an epic battle.

Members of the Black Bull—Asta, Noelle, and Luck—along with Yuno, Mimosa, and Klaus of the Golden Dawn, engaged in combat with Mars, a very strong mage from the Diamond Kingdom, while on a mission to examine a recently found dungeon.

Everyone participating in this conflict, even Mars, was pushed to their physical and mental limitations, which makes it interesting.

While Yuno used the power of the Wind Spirit, Asta gained a new blade and briefly tapped into Noelle's abilities.

Everyone emerged from this conflict with a better version of themselves. 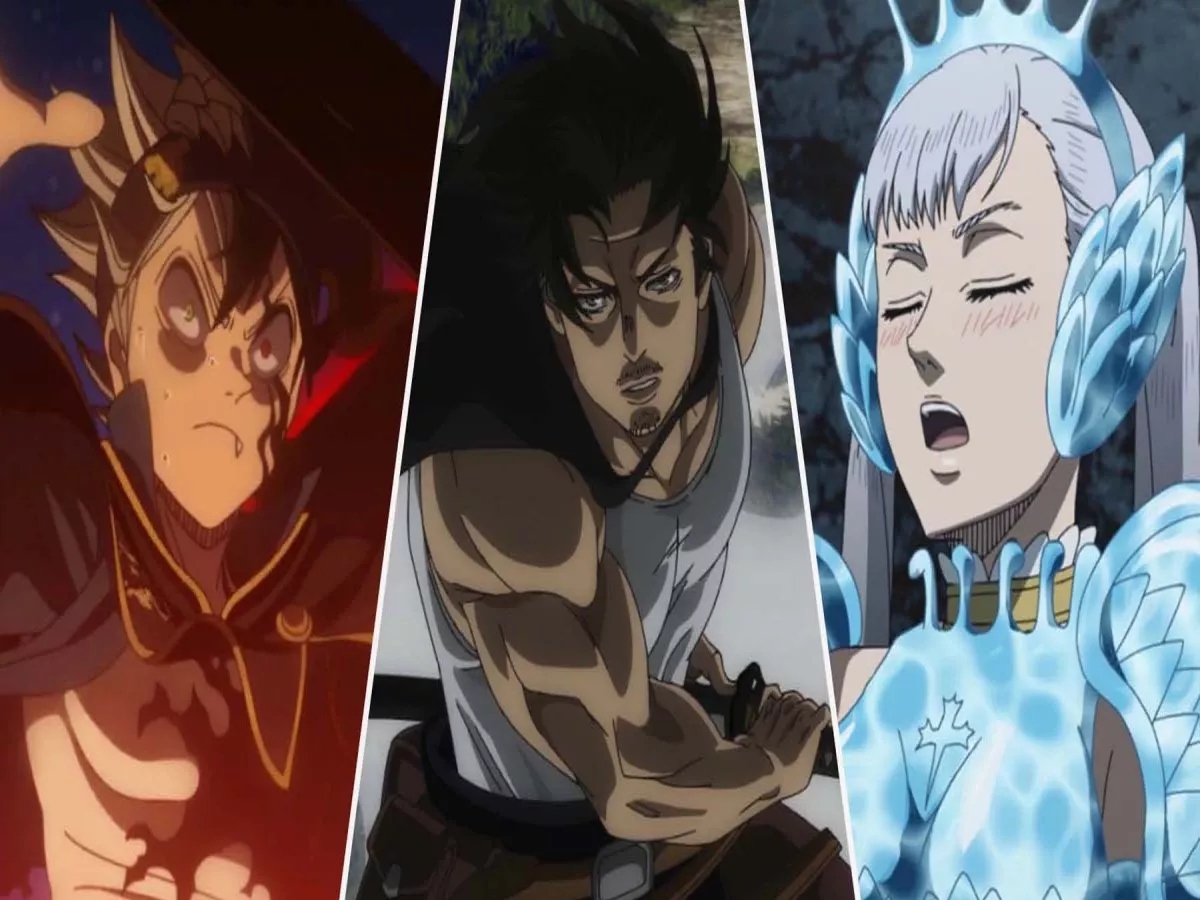 Asta And Black Bulls Vs. Vetto

The fight between Asta and the Black Bulls against Vetto was incredibly magnificent, both philosophically and artistically.

The conflicting perspectives of hope and despair held by Asta and Vetto provide an engaging plot for the battle, especially because the former is playing the underdog.

Even though Yami is needed to win, Asta's participation is without a doubt the highlight of this Black Clover conflict.

The best fights have two purposes: they advance the plot, reveal character traits and emotions, or raise an interesting question for the spectator. This conflict does that.

Along with witnessing Mereoleona's incredible firepower and Rhya's copy magic, you also get to see Asta struggling mightily to comprehend Rhya and articulate his own point of view.

Mereoleona believes it is difficult to win Rhya's trust because she has zero faith in people, and Asta isn't about to give up. 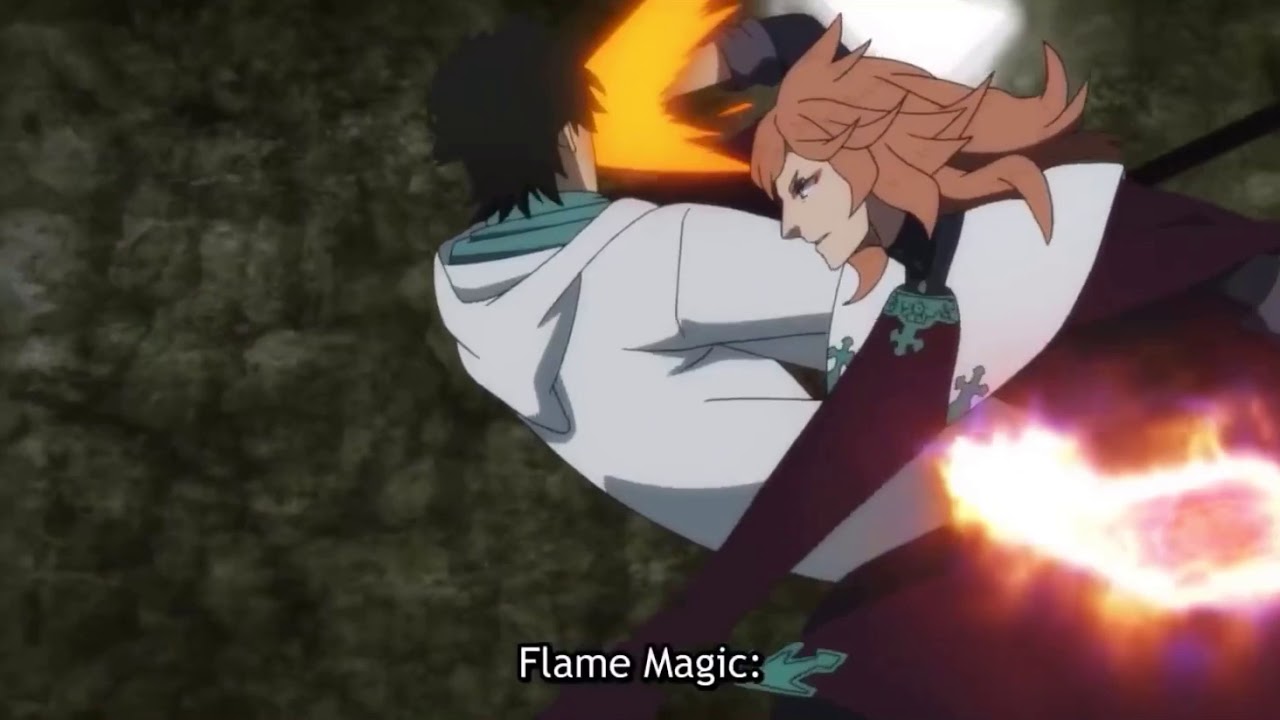 Screenshot of Mereoleona Vs. Rhya during a fight

The Black Bulls Vs Vetto

The Black Bulls, led by Vetto, one of the most powerful members of The Eye of The Midnight Sun, attacked the Black Bulls as they attempted to take a magic stone from the Underwater Temple.

In this brutal duel, every member of the Black Bulls was tested to the very limit. After a long fight, the Black Bulls finally won when Asta hit Vetto with a punch that knocked him out.

However, Vetto refused to stay down and was going to deploy all of his destructive strength, so their luck had run out.

The Black Bulls' muscular Captain, Yami, was not going to let this beefy monster murder them all.

Yami killed Vetto with a powerful attack of his own after he got out of the dimension where he had been locked up and heard his exhausted team cheering for him.

The Wizard King was challenged by the Eye Of The Midnight Sun Patry leader in an effort to take the final Magic Stone.

The Wizard King used time magic to anticipate and dodge all of his moves.

Patry was astounded by the Wizard King's power, and even more so when he revealed that he was withholding some of it.

The Wizard King didn't use offensive spells because William Vangeance and Patry shared the same body. He didn't want William to die.

The situation worsened when Patry used Julius' passion for the populace as leverage to inflict a lethal blow on him. The moment Julius came back to life, fans were ecstatic.

A show is created by the enormous alliance of different humans and elves against Zagred, the Word Soul Magic Devil.

There are opportunities for many characters to shine, but Asta, Yuno, and Patolli, in particular, steal the show.

The final episode of Season 4, the shortest season to date, of Black Clover aired on October 10th, 2021.

It's unusual that Pierrot Studio has put out the seasons of the show back-to-back, with Season 3 having 52 episodes.

The television show has been on hiatus ever since. There have been numerous untrue reports circulating that the show has been canceled.

Many fans who were looking forward to Black Clover Season 5 were angry when they heard these rumors.

Let's respond to these pressing inquiries and definitively distinguish the truth from fiction.

First of all, these rumors have been debunked by the fact that the show's creators have said that Black Clover Season 5 is currently in pre-production and that it should be finished by the end of 2022.

Since 2015, Weekly Shonen Jump has released a new chapter of the Black Clover manga every week.

Yki Tabata, the creator, and illustrator of the series, said in April 2022 that he would take a three-month break to plan the conclusion of the series.

Additionally, he stated in an interview four years ago that he wanted Black Clover to be as long as the popular Naruto series, which has over 700 chapters.

His health hasn't been in great shape since then, so this could just be a dream for him.

However, it could also be a sign that the series is coming to an end, which would put the conclusion sometime around 2024.

The anime Black Clover developed more quickly than its source material because it was continuously shown.

There are 32 tankobon volumes of the manga series available right now, and 27 of them have already been turned into animated series.

It is predicted that the movie will have a slightly higher volume than usual.

As a result, they will be able to provide the viewers with information on what will happen following the anime movie.

A year following the anime film's announcement, on March 13, 2022, the film's release date was made official.

The Weekly Shonen Jump issue 15 made a claim that the Black Clover movie would not be released in 2022.

Instead, the movie will premiere in 2023; a more exact date will be revealed later.

Who Is The Most Powerful Black Clover?

The most powerful characters of the Black Clover series are given below:

What Is The Best Black Clover Episode?

No, Asta can't beat Yuno. Because of Star magic and Wind magic, Yuno is more powerful than Asta because of the Zenon vs. Yuno duel (with Saint Stage). His Spirit Dive is completely stable, but Asta can only keep Devil Union, which is his strongest transformation.

In the animated film Black Clover, a young boy named Asta fights to go beyond his comfort zone in order to become the Wizard King.

There are many endearing characters in the fantastic anime series Black Clover. As much as fans adore the characters, they have also grown to adore the series' spectacular conflicts.

Some of these battles are both lengthy and fast-paced. Some intense encounters grew in size despite being intended to be brief fights. The above-mentioned best fights in Black Clover are just a few of them.