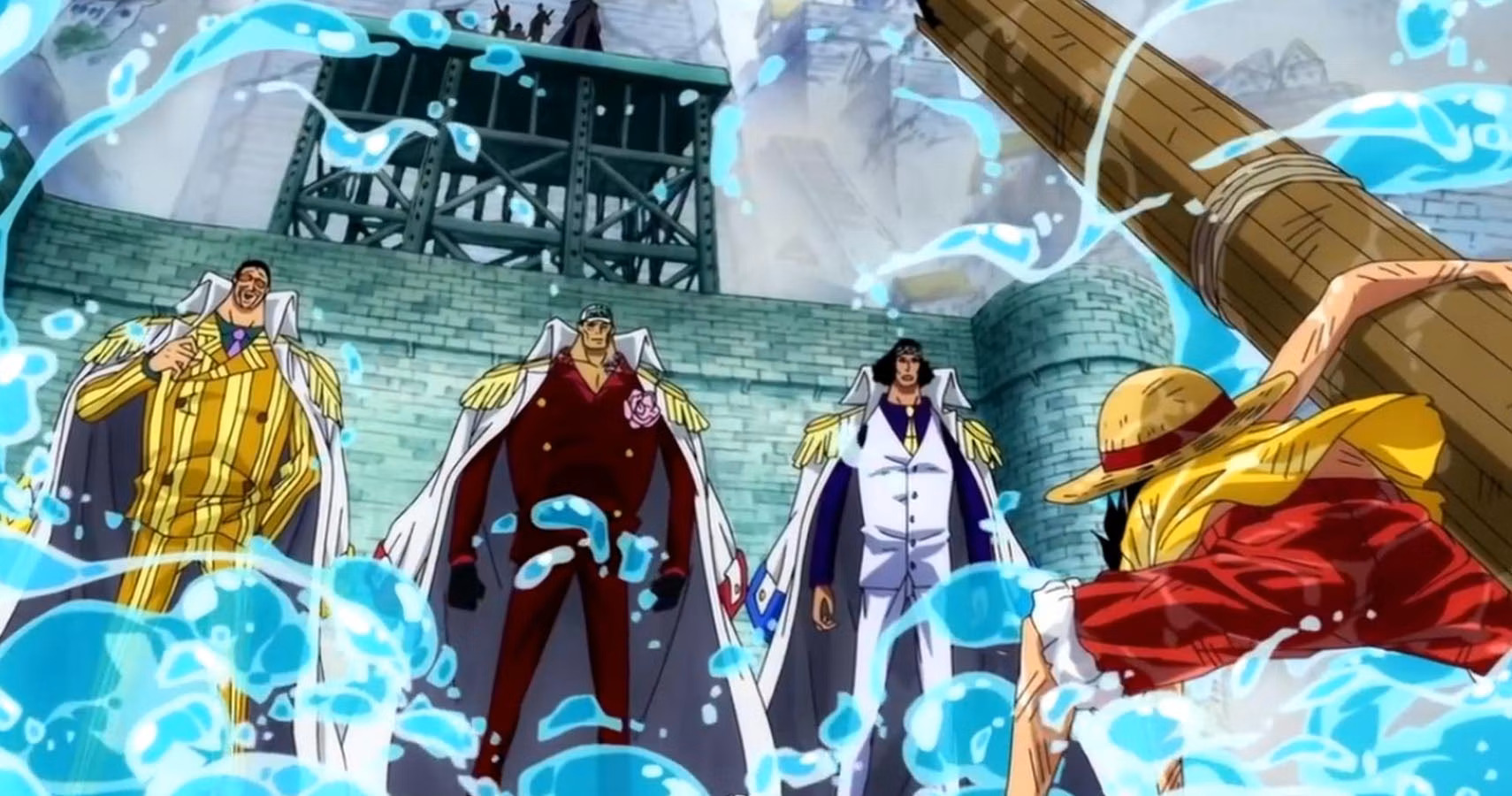 One Piece's fights, which are almost always done magnificently, are one of the series' great assets.

Right now, Eiichiro Oda's One Piece is the most popular series in Shounen Jump. It has been able to keep its fans interested over the years by building its world and characters carefully.

Contrary to its contemporaries, One Piece doesn't spend a lot of time on battle scenes, but that doesn't imply that they aren't intriguing in some manner because the show gives an anime genre that many people might have assumed was finished with its own brand of weirdness.

The top and best fights in One Piece will be ranked in this list.

Some of them have earned a seat just for show. Others for the sake of the plot And then there are those notable few who are only here for their absurdity and fascination.

Spoilers follow; beware. The Shounen series that never stops is One Piece. These characters are always engaged in combat, their hearts racing with every blow.

To the surprise of the fandom, the Wano Arc has picked up in both the manga and anime, providing lots of action.

More than ever, the show is getting people to think back to some of the best battles in the story.

During One Piece's Punk Hazard arc, Smoker and Vergo got into a shocking brawl that shocked most viewers.

It was an action-packed fight, especially in the anime, as the two Navy Vice Admirals used all of their skills against one another.

This fight stands out as one of One Piece's best because of its high-level Haki, some deft use of Devil Fruit skills, and amazing choreography.

In the end, Smoker took Vergo's heart back and used it to position Law to kill Vergo. 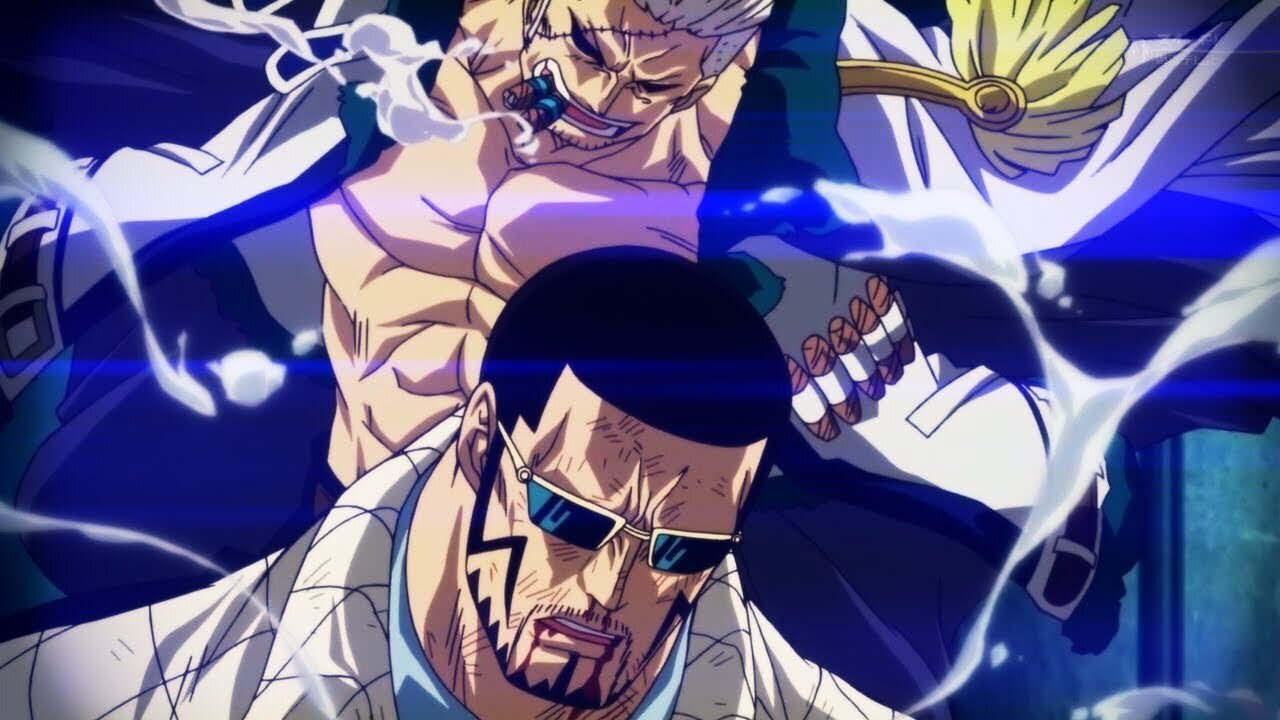 Smoker Vs Vergo in a fight in One Piece

Roronoa Zoro Vs. Kamazo The Manslayer

It already includes a solid contender for one of One Piece's greatest bouts ever, which is evidence that the Wano Arc is shaping up to be one of the best in the series.

Princess Hiyori can't get away from Kamazo the Manslayer, the secret killer of Orochi's soldiers, no matter how hard she tries to protect Toko and herself.

But he was severely restrained, and it was none other than Zoro. But it wasn't a simple battle. In a heated argument, both guys held knives to the other's throat.

Even though the manga helped make this connection possible, the anime should get all the credit because it took expensive animation to really bring this conflict to life. 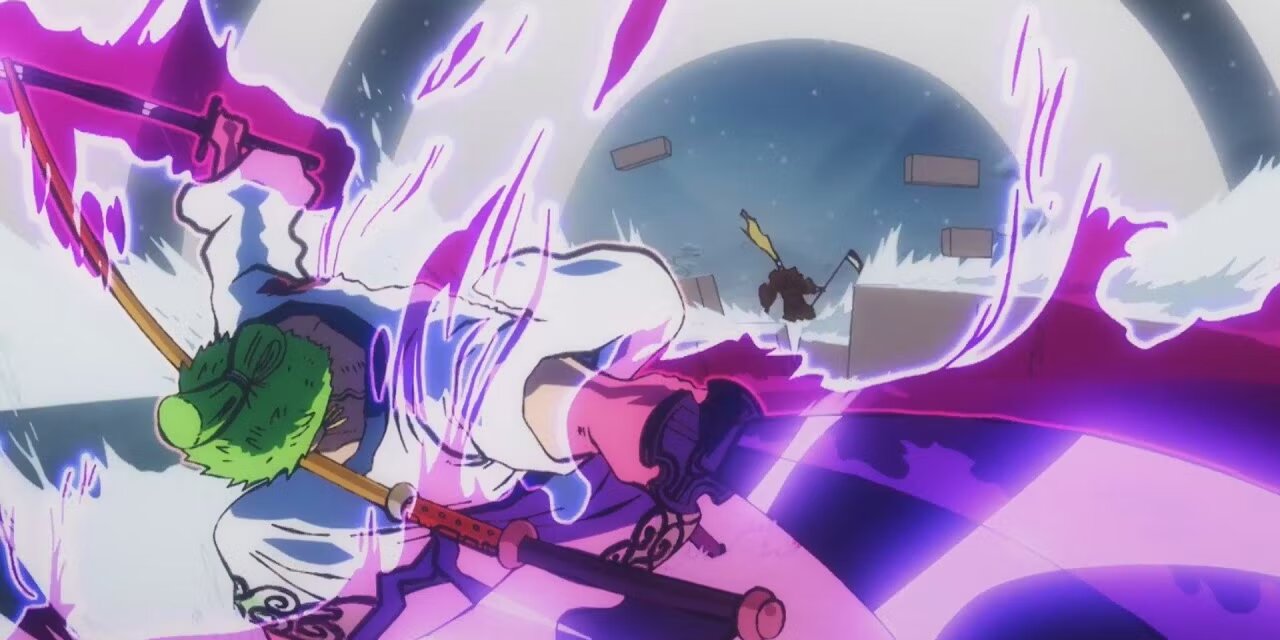 Zoro Vs. Kamazo in a fight in One Piece anime

Ace vs. Blackbeard is without a doubt one of the best bouts in the series, whether it's due to its abruptness or its metaphysical impact on the One Piece universe.

Ace's power standard was quickly and easily thrown out of date because the mysterious Blackbeard had become such a powerhouse.

The inclusion of the Dark-Dark Fruit here adds to Blackbeard's overall mystique.

It shows how much Ace cares about the Whitebeard Pirates' captain and crew. Ace is Luffy's brother.

In One Piece, Ace is portrayed as a formidable opponent thanks to his time in Alabasta, yet Blackbeard easily defeats him.

The end of this battle had a big impact on both the people who live in the One Piece universe and the fans of the series. 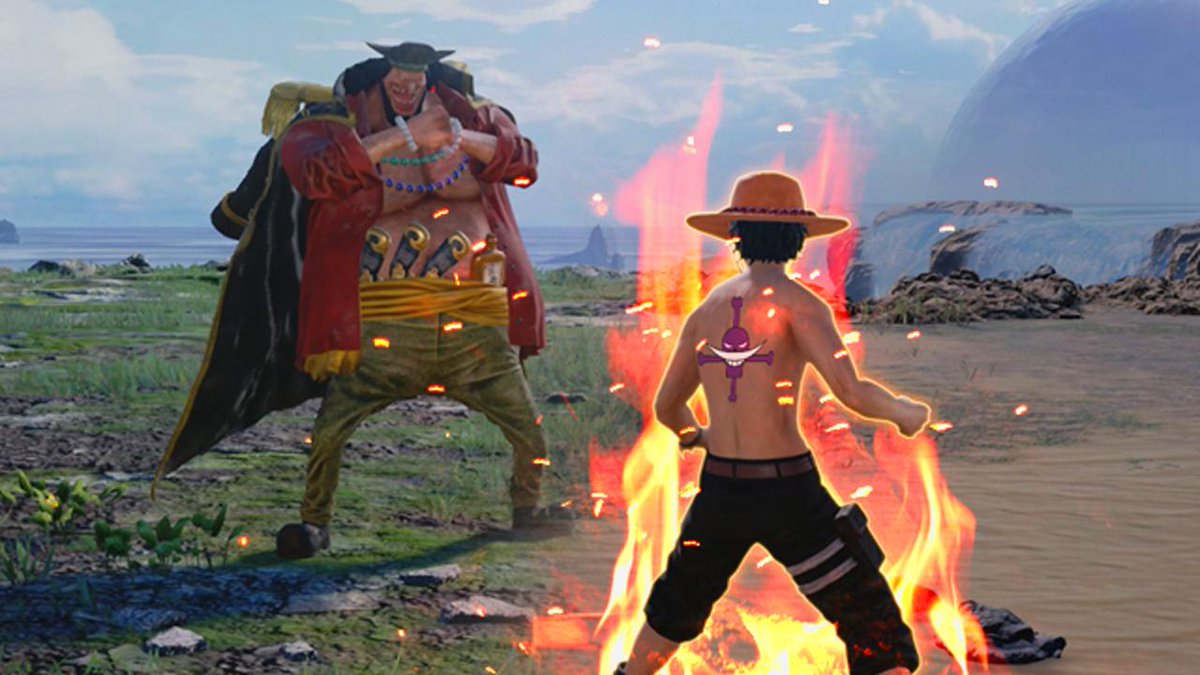 Animated version of Ace Vs. Blackbeard in a fight

Luffy vs. Arlong, one of the first and still most emotional fights in the series, is a great way to end the first great arc of One Piece.

The Arlong Pirates are the first pirate crew that the Straw Hats face that is fully realized and fleshed out. This shows how well the series can make bad guys.

Many One Piece fans also claim that this particular fight, as well as the Arlong Park arc in general, is what first made them fall in love with the show.

This is not at all unexpected, given how clearly the quality of this arc has improved.

Also, one of the best and saddest fights in the series is based on Nami's tearful story about how she was saved.

Luffy vs Arlong - One Piece

Even though Zoro vs. Pica doesn't have much of an emotional impact, it is one of the best battles in the series because of how it builds up and how well it is choreographed.

Zoro chases Pica around Dressrosa before the Stone-Stone Fruit Eater turns into a huge stone golem.

Then, fed up with chasing Pica around, Zoro orders his own rocket launch to attack his foe.

With it, Zoro divides Pica in half and starts chasing him between stones till Pica emerges.

In the last exchange of the fight, Zoro displays his Armament Haki prowess by dismembering Pica with a Three Thousand Worlds covered in armor.

Few One Piece antagonists have garnered as much attention or generated as much personal dread as Donquixote Doflamingo.

The future troll of all the Blues literally came into the One Piece universe already strong and evil.

Doflamingo has sold drugs, made money from war, used slaves as toys, and even murdered family members.

It was a big crescendo of catharsis for those who were only looking for someone to remove Doflamingo's self-centered smirk when Luffy finally stepped up to the plate.

Another Warlord battle for Luffy, this time against a dual-wielding natural Haki and an Awakened Devil Fruit user.

This battle required all-out effort, and it served as the King Kong Gun's and Gear Fourth's official debuts. 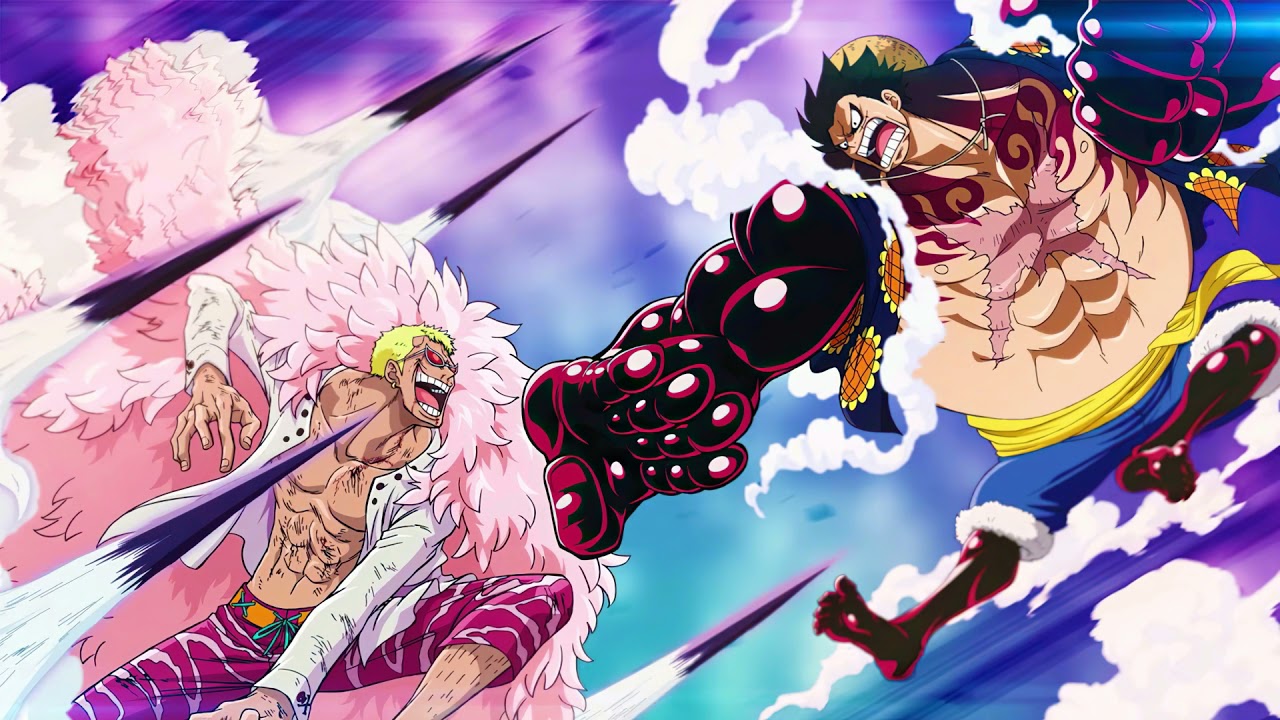 Luffy Vs. Donquixote in fight in One Piece series

Since May, the series' three seasons have been added to the streaming service on the 22nd of each month. But it appears to be taking a pause in August 2022.

One Piece is not listed in the August Netflix program, according to Decider.

As a result, it's possible that you'll have to wait until September or later for new episodes to hit the platform.

Despite the fact that its future live-action programs will undoubtedly arrive before you know it, Netflix might wish to space out its acquisitions a little.

After all, a publication date for its adaptation is still pending. Fortunately, it appears that the live-action One Piece is progressing well throughout production.

When Is Netflix’s Live-Action ‘One Piece’ Coming Out?

The cast and crew of Netflix's live-action One Piece haven't been given a release date yet, but their presentation at Geeked Week 2022 showed that they are making progress.

The ships appear to have been taken directly from the anime when they displayed some of the big sets during their Geeked Week time slot.

Despite the fact that it is still not known when the first season will premiere, it's a promising preview of what's to come.

The best guess is sometime in 2023, though production is still going on.

The streamer ought to be able to catch up by then, assuming Netflix keeps adding new One Piece episodes in the interim. Hopefully, more seasons will be released this fall.

What Is Luffy's Best Fight?

Luffy's best fight in One Piece are against the following characters:

What Episodes Are The Best Fights In One Piece?

What Is The Biggest Battle In One Piece?

It is well known that the Paramount War was the largest event to occur in One Piece during the Great Pirate Era. It started when Blackbeard kidnapped Portgas D. Ace and gave him to the Navy so he might become a Shichibukai.

While Luffy is the protagonist in One Piece, his crew, known as the Straw Hat Pirates, are as crucial to the voyage as he is.

The cast takes its time growing and maturing, but they're as entertaining to watch as any ensemble cast.

One Piece, as a shonen manga, has seen its fair share of battles. Even though they aren't the series' main selling point, they're nevertheless fantastic.

Luffy and his crew have been in innumerable skirmishes over the years, delivering some fantastic action for the fans to enjoy, and the best fights in One Piece above are proof of it.