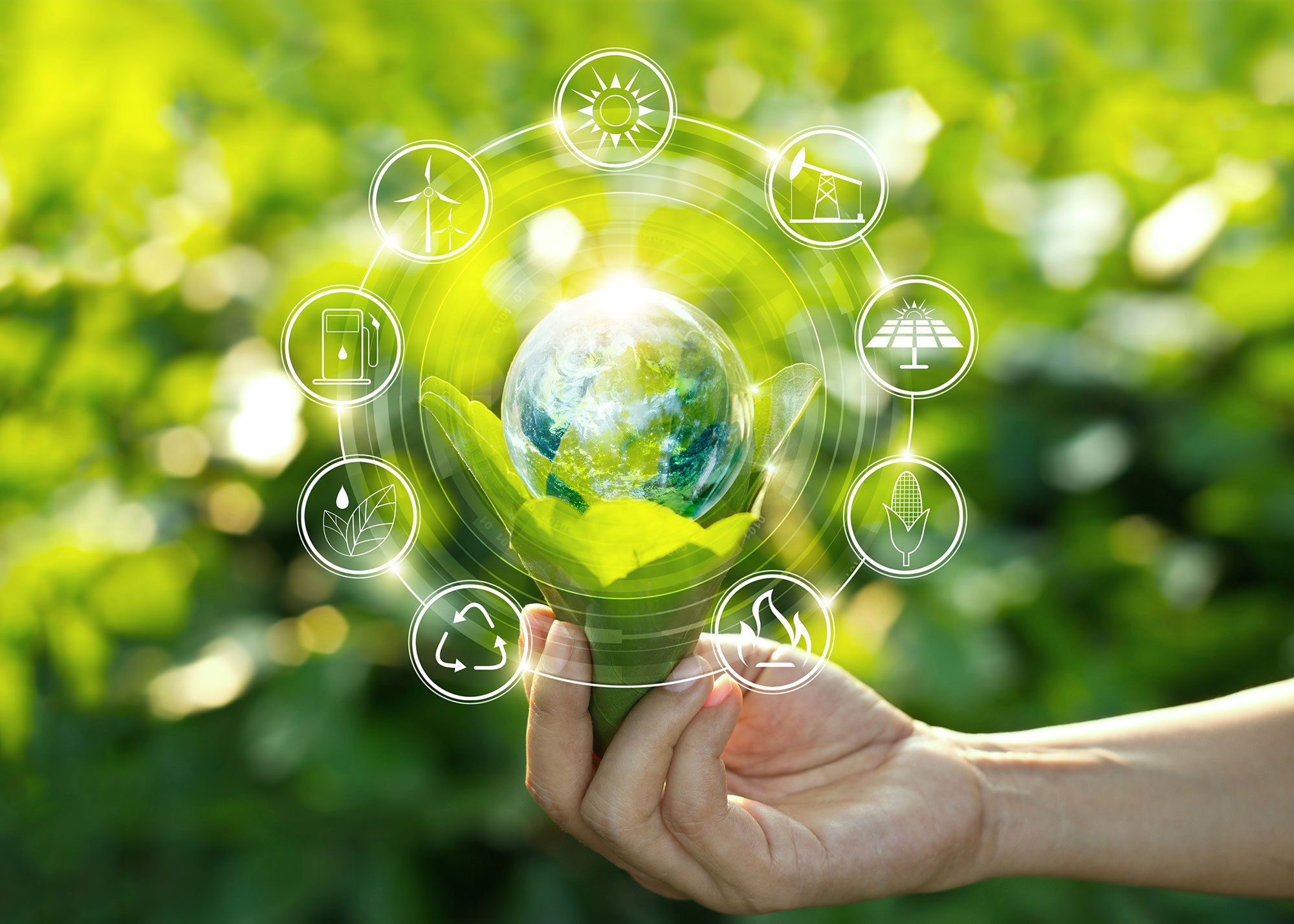 Dr. Gibson Nyanhongo, the inventor of Biohydrogel, has made it clear that this product will revolutionize the agricultural industry. This 100 percent biodegradable super absorber has the potential to revolutionize agriculture in drought-stricken areas by continuously releasing water and fertilizer while conserving a significant amount of water. 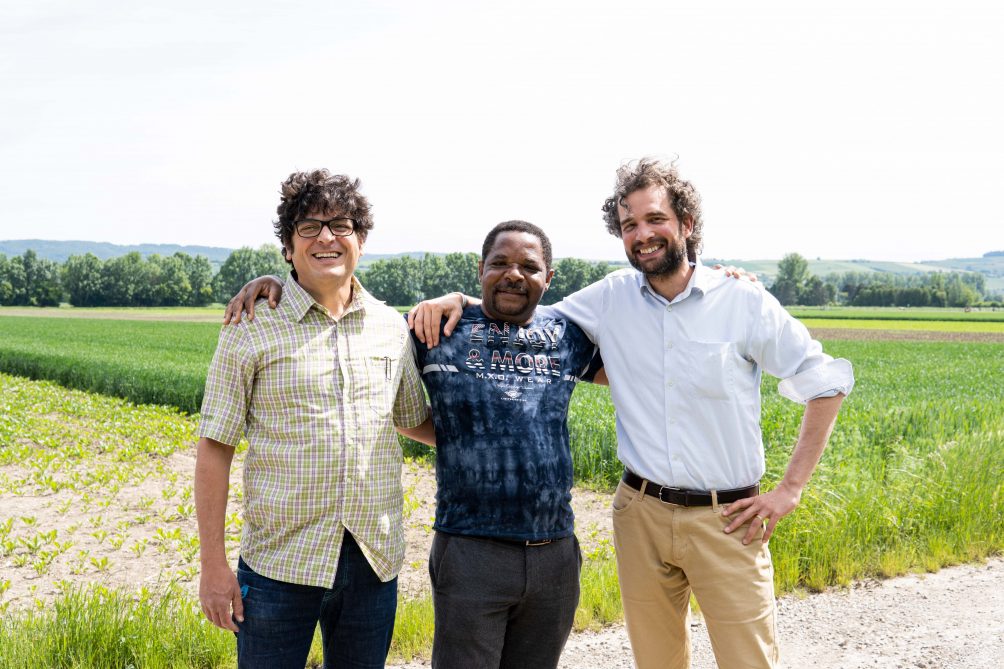 Droughts are becoming more common across the world as a result of global warming.

Rain-fed agriculture is used by around 60 percent of the world's grain producers, who do not use any other type of irrigation system.

This puts the world's population's food supply at risk, particularly in areas that have already been hit by hunger.

Agricultural production, meanwhile, in western regions is likewise being put under growing strain by climate change:

Extreme rainfall is degrading rich soils as a result of tropical heatwaves, which are causing harvests to suffer.

Furthermore, water use for agricultural irrigation already accounts for more than 70% of the world's total freshwater reserves.

It is possible that organic hydrogel will be able to greatly reduce the impacts of rising temperatures and decreasing rainfall.

Technologies That Are Currently In Use

Hydrogel is often applied to soils in the form of granules.

It has the ability to absorb vast volumes of water and gently release it back into the environment. However, existing hydrogel technologies frequently incorporate synthetic raw ingredients and may not be suitable for use in agricultural applications.

Dr. Gibson notes that when fossil raw materials are used, their degradation results in the emission of hazardous acrylic acid.

In addition to being the originator of Biohydrogel, Stephen Nyanhongo is also the leader of the Biomaterial Technology Research Group at BOKU Vienna.

In the 1960s, synthetic hydrogels were created for use in agriculture, but their performance fell short of expectations, and they were deemed inappropriate for usage.

The difficulty is that synthetic hydrogels bind water but only slightly release it when they are exposed to heat.

They are currently being employed in items that need the absorption of liquids, such as medicinal and hygiene products, as a result of this development.

Existing technology for biological hydrogels is not yet strong enough to be commercially viable, according to the company.

"I’d love to see this combined with landscape restoration projects." 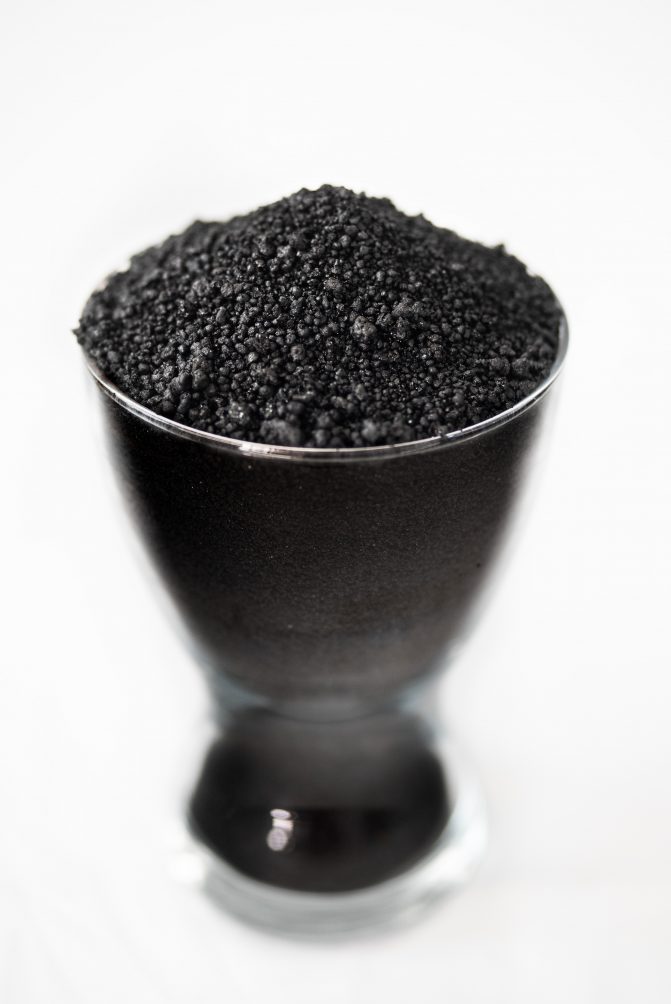 Nyanhongo is the creator of the start-up Agrobiogel, which is developing an organic hydrogel based on natural raw materials that are fully biodegradable. Nyanhongo has a bachelor's degree in biology from the University of Zimbabwe.

The concept came about as a result of a university research study that was looking for answers to the worldwide problem of climate change at the time.

When soil is combined with this hydrogel, it may absorb up to 95 percent of the water that seeps in, resulting in a 40 percent reduction in irrigation requirements.

Biohydrogel, also known as a super absorber, is a material that absorbs precipitation and nutrients from fertilizers in the soil, stores them, and then releases them back into the environment during periods of drought or extreme heat.

As a result, it has the potential to mitigate droughts and compensate for unpredictable or restricted water supply.

As a result, it may be able to assist in overcoming dry spells throughout the world and lowering freshwater usage.

A Quantum Leap In Technology

Comparing Agrobiogel to traditional fossil-based hydrogels, it represents a significant technical advancement, and it is compliant with the EU Fertilizer Regulation ((EU) 2019/1009), which will become effective in July 2022.

The regulation covers technical specifications on allowed feedstocks, process conditions, quality criteria, and requirements for quality management systems in addition to other information.

Agriculture land is treated with Agrobiogel, which comes in granule form and is applied by spreading. It is only when water is introduced that it transforms into a gel.

The granules are manufactured from lignified plants, which have biopolymers incorporated into their cell walls, allowing them to store extremely large volumes of water in their cells.

“The manufacturing process for our hydrogel is secret, but we use residues from the bio-distillery and pulp and paper processing,” Nyanhongo says.

Agrobiogel is non-toxic and biodegradable. Wood is a natural predecessor to humus, and as it decomposes over time, it contributes to the formation of more fertile soil.

Even sandy soils may be turned back into productive soils.

Because the wood is derived from waste wood from the timber sector, the product is also acceptable for use in a circular economy that is in operation.

The organic hydrogel also has the additional benefit of increasing soil fertility and root development.

This has the potential to boost agricultural yields while also reducing crop failure in dry years.

Depending on the situation, Agrobiogel can be used alone or in conjunction with any method of irrigation. It contributes to water conservation by lowering the frequency of irrigation.

Furthermore, any agricultural chemicals that have been added, such as fertilizers, are maintained in the soil rather than being washed away.

In Nyanhong's opinion, “Many farmers spread fertilizer in excess, and that harms the environment and is expensive.”

When compared to other organic hydrogels, Agrobiogel has a significantly better water absorption capacity and remains in the soil for a significantly longer period of time.

It can take up to 20 years for the wood-based granules to break down in the soil and turn into humus, according to the USDA.

After three years of testing, it was found to have an 89 per cent water absorption capability, according to the results. 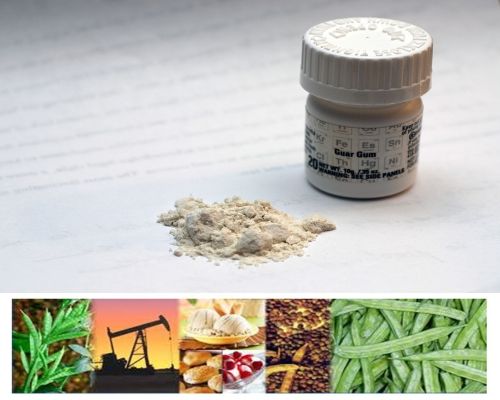 Skin colored powder with a white bottle on a white surface

Organic hydrogels may be used in open fields as well as greenhouses and other artificial agricultural systems, according to the manufacturer.

There are essentially no restrictions on the kind of applications that can be performed.

The launch is expected to take place as early as the spring of 2022.

In the next months, the hydrogel will be accessible worldwide through wholesalers at a reasonable price for both amateur gardeners and growers.

The production will take place in Tulln, Austria, which is close to Vienna.

The start-up is presently focusing on increasing manufacturing capacity because demand has already outstripped the company's ability to meet it.

The next phase will be to incorporate certain plant-specific nutrients into the hydrogel, which will be applied as a final step.

"This kind of posts restore my faith in humanity. Thanks a lot"

In addition to funding and assistance from the Austrian Center of Industrial Biotechnology, this spin-off from the University of Natural Resources and Applied Life Sciences Vienna (BOKU) has received support from the Austria Wirtschaftsservice and the ACCENT Startup Incubator Lower Austria.

What Is A Natural Hydrogel?

Natural hydrogels are gels whose polymers are derived from natural sources, such as gelatin and collagen, and are used in wound healing. In contrast, synthetic hydrogels are created by combining synthetic polymers such as polyesters and polyethylene glycol to form a gel-like substance.

Hydrogel for agriculture applications includes improving soil water holding capacity, organic matter/humus, and fertility, and it may be used to turn unproductive soils such as sand soils into productive soils by increasing soil organic matter/humus. Plants and crops that are treated with Biohydrogel will be able to endure droughts for extended periods of time. Biohydrogel gives soil substance by cultivating it.