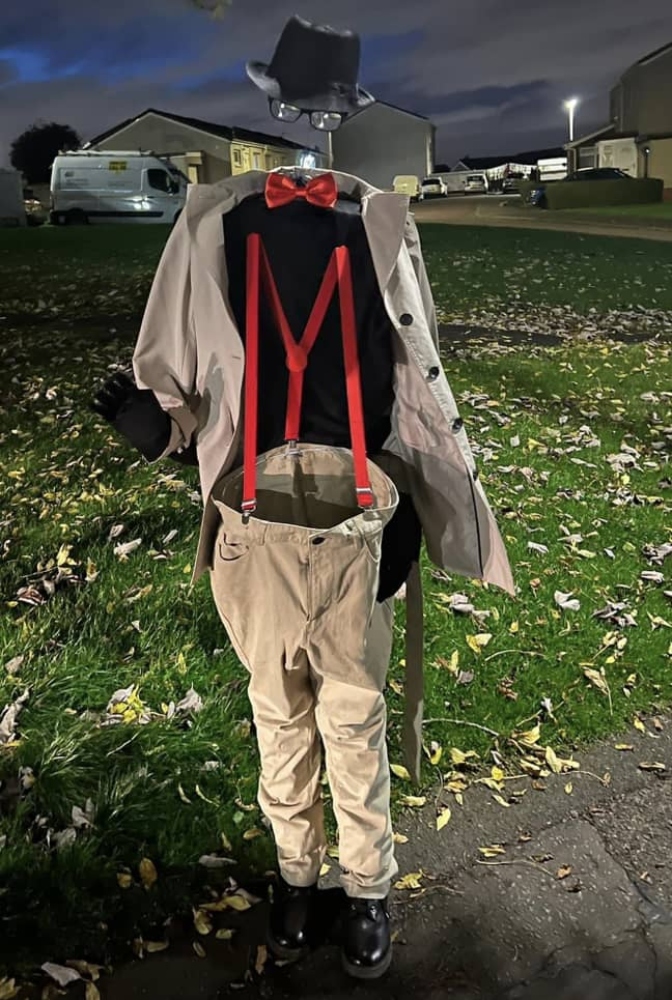 Which is it: a trick or a treat? It's hard to believe what we're witnessing, but it appears The Invisible Man costume is really out of the box. This bizarre Halloween costume "The Invisible Man" has people absolutely stumped on October 29, 2022.

When it comes to attempting to figure out this Halloween costume that has the internet more perplexed than the entire "laurel" verses "yanny" controversy, we bet it still won't help you to rub your eyes and zoom in.

We're not referring to a completely invisible Halloween costume, although who knows, we may have all unknowingly encountered one. This costume shows an invisible guy in a jacket and pants who looks smart with red braces, a bowtie, glasses, and a trilby hat.

The bizarre Halloween costume "The Invisible Man" has people absolutely stumped. But it's not the dress that's perplexing; it's the way it seems to be hanging on someone who isn't actually there.

The clothing appears to be worn by a person, even down to the floating glasses and cap and the way the pants seem to be filled in at the waist. But once more, there is no human to mention.

On October 29, pictures of the costumes were posted on Twitter as people from all around the world displayed their intricate attire.

One Twitter user commented on the photographs by writing: "I'M SO CONFUSED."

Another remarked: "First thing I said after seeing this pic is 'how do y'all do this s**t????" LMAOOOO pls tell me how does it works."

The greatest way to put it was by someone who wrote, "People are attempting to break this down in the comments, but then I look at the pictures again and I'm back to square one... how???"

The costume was actually created by Kim Gardiner, a mother from Lanarkshire, for her son Cole.

Cole may have acquired Harry Potter's own invisibility cloak, but my guess is that Cole is actually just wearing black clothing and hiding behind the costume's props. Have you noticed that we can only see his front?

The bowtie might actually be perched on top of Cole's head, and there seems to be some kind of wire supporting the hat and glasses.

The woman who creates the outfits is the only one who does this. The Daily Record reported that it took Kim "weeks" to complete the costume, and there was a moment when even she was stumped.

It nearly broke me because I couldn't get my head around how to do it and for it to look the part, but we got there in the end and we are really delighted with the outcome.

A bizarre Halloween costume "The Invisible Man" has people absolutely stumped this week. Kim Gardiner was the one who made "The Invisible Man" costume for his son. Sadly, despite receiving letters from "all over the UK," Kim hasn't revealed the specifics of how she did it.