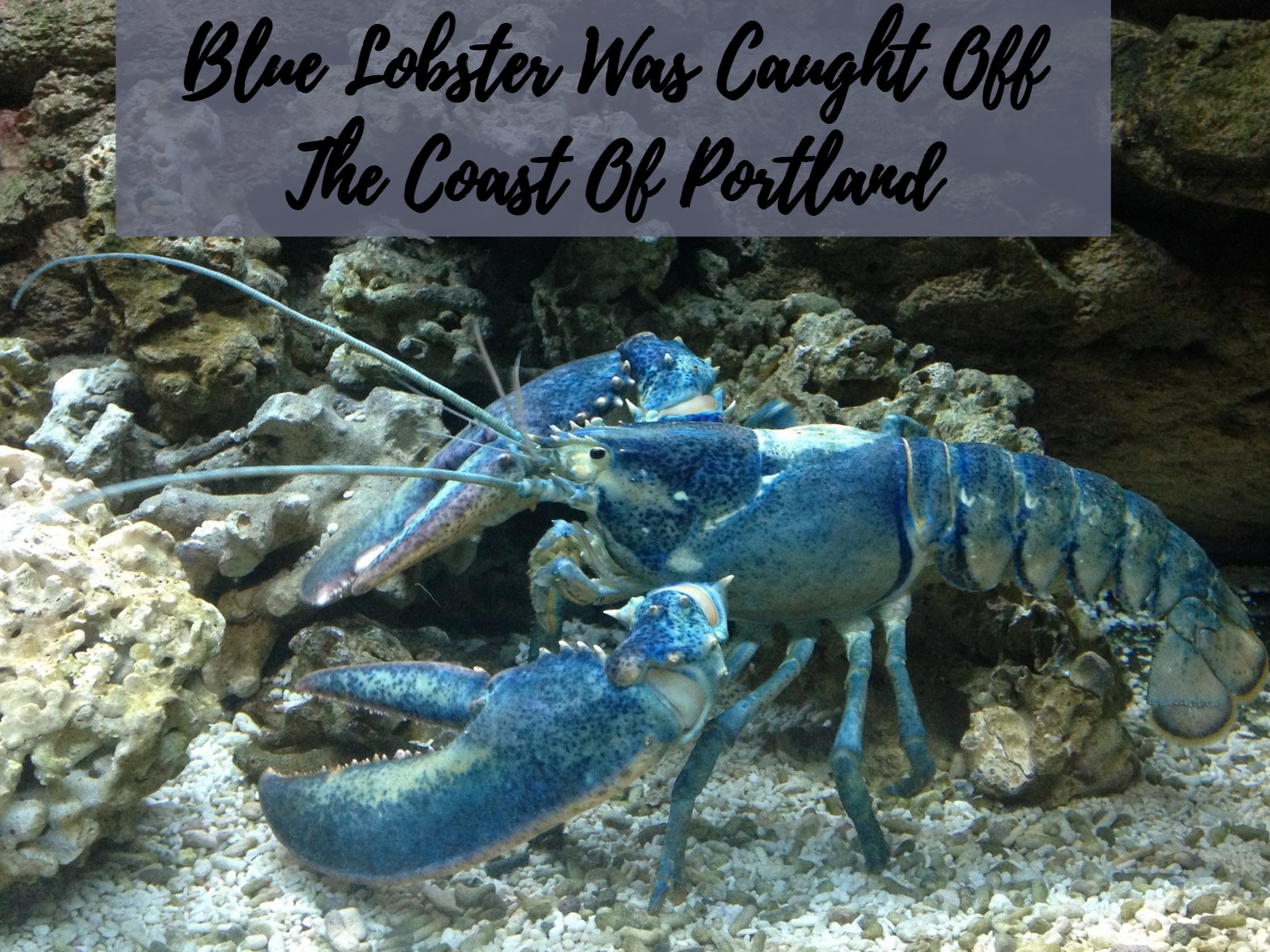 The blue lobster was caught off the coast of portland but returned to sea to continue its growth. This was done by a fisherman, Lars-Johan Larsson.

On Twitter, Larsson, who goes by the handle @LarsJohanL, commented something while sharing a picture of the blue lobster with a sparkling finish.

This blue Lobster was caught off the coast of Portland yesterday and returned to the water to continue to grow. Blue lobsters are one in two million.

His tweet quickly gained over five hundred thousand likes and over forty thousand retweets very quickly after it was posted.

According to the Lobster Institute at the University of Maine, a blue lobster is an extremely uncommon coloration for a lobster. 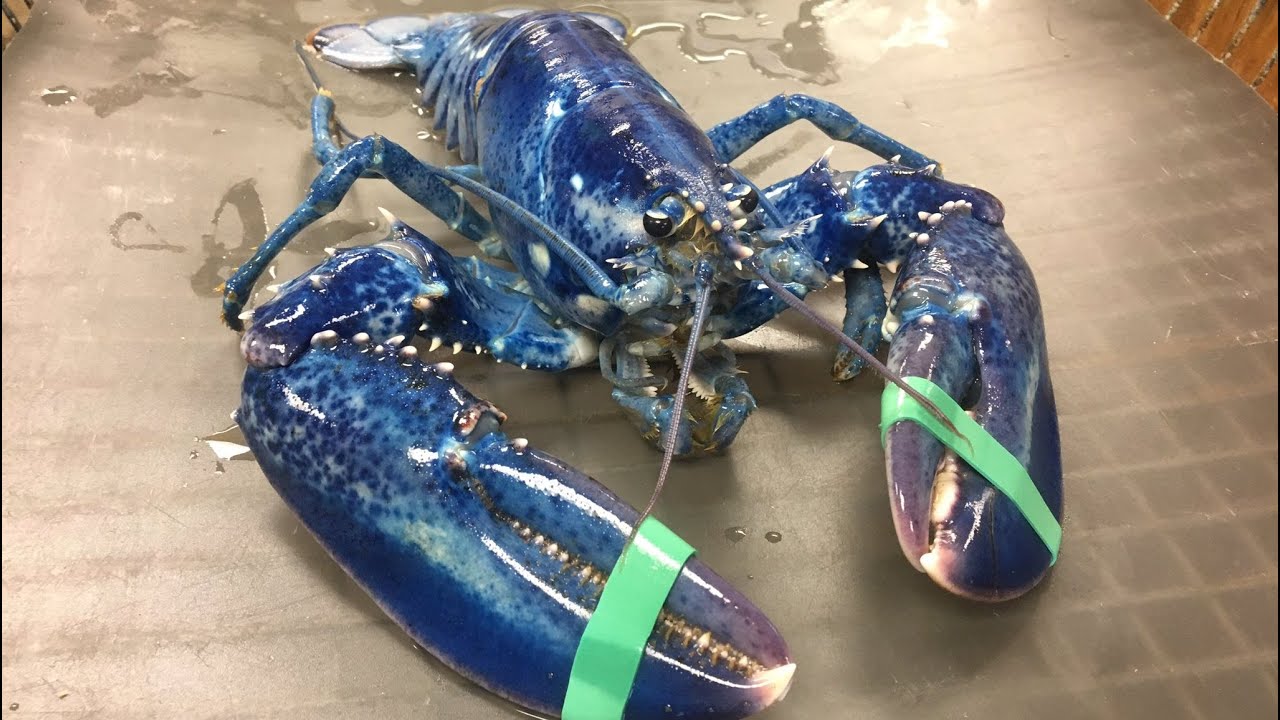 A blue lobster placed on a grey surface

The majority of lobsters have a muddy brown or dull red color.

The brilliant blue color of the crustaceans is caused by a genetic defect that leads them to manufacture an abnormally high amount of a certain protein in comparison to other members of their species.

The lobster population has decreased substantially, the blue lobster is becoming less and less frequent, so it is a really rare mutation.

A separate blue lobster was hauled in by a different fisherman some time ago in Wales.

According to reports from the Western Telegraph, Matt Lewis brought one off the coast of Pembrokeshire in Wales.

While we catch various dark blue and colour variants, I was surprised to see such a blue lobster.

And that he has never seen it before.

Lewis gave his discovery to the Ocean Lab in Goodwick, and it will be on display in the Sea Mor aquarium at Sea Trust until the winter when it will be released back into the water where it was found.

You will definitely want to know more about this blue lobster's life cycle, its species, where it lives, and more.

The brilliant coloration of a blue lobster may give the impression that it is a member of a distinct species; however, blue lobsters are actually a variant of the standard American or European lobster.

The Homarus americanus, often known as the American lobster, is typically a murky brown, green, or pale orange color.

The Homarus gammarus, often known as the European lobster, has a coloration that is either dark navy blue or a purplish tone. 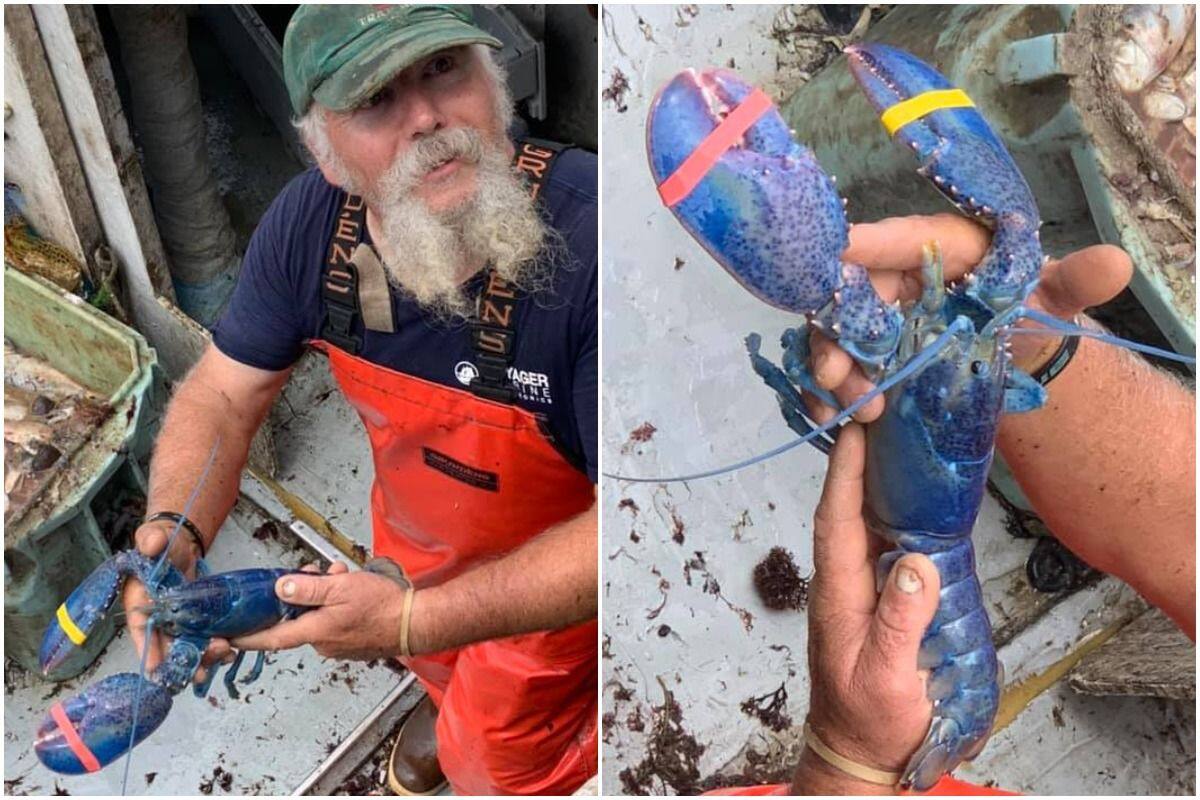 A fisherman holding a blue lobster

According to what is known by specialists, the only reason for the blue lobster's distinctive appearance is that its skin is a different color due to genetic mutation.

On the other hand, there is some hypothesis that they may behave more aggressively than regular-colored lobsters because of their bright skin, which leaves them more susceptible to being preyed upon by other animals.

But it is already well known that lobsters are a fairly aggressive species.

Lobsters are crustaceans and, like shrimp and crabs, have a close relationship with one another. Lobsters have a total of ten limbs.

In the same way, as regular lobsters do, blue lobsters utilize their powerful claws to prey on different types of mollusks, fish, and algae found in the ocean.

However, despite the menacing appearance of the razor pincers on their bodies, these critters are not really dangerous.

Although blue lobsters have weak eyesight, this trait actually enhances their other senses, particularly their sense of smell and taste.

Despite this, they are able to successfully find partners despite having impaired vision.

Lobsters reproduce by laying eggs, which the female stores for almost a year under her belly before releasing the young, who are called larvae.

The larvae are very small, and as they develop further, they begin to shed their exoskeleton.

Lobsters have the potential to live up to 50 years after reaching adulthood.

Where Can You Find Blue Lobsters?

You have a rare chance of seeing a blue lobster in the wild, but if you do, it's most likely going to be somewhere along the Atlantic shores of North America and Europe.

However, you can find blue lobsters in other places of the world as well, such as Australia, and even in some freshwater environments. 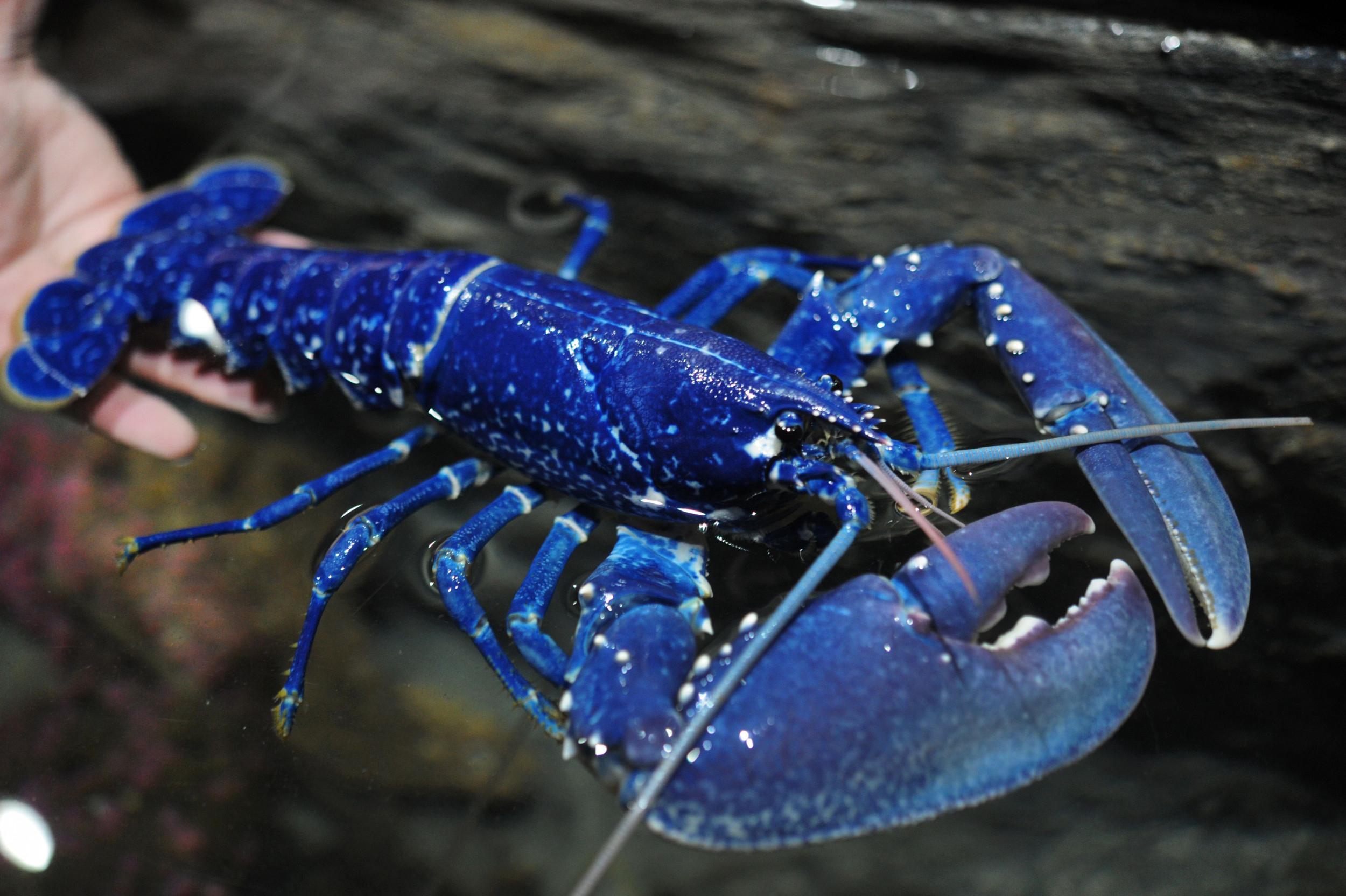 A man holding a blue lobster

How Rare Are Blue Lobsters?

Professor for the public understanding of risk at Cambridge University in the United Kingdom, David Spiegelhalter shared information about blue lobsters.

His calculations support the hypothesis that one hundred blue lobsters could be found within the average annual catch of 200 million normal lobsters.

Charlie Ellis, who works at the UK National Lobster Hatchery in Cornwall, claims that European blue lobsters have a more subdued coloration as opposed to the brilliant blue that is characteristic of North American species.

According to Ellis's calculations, the likelihood of a lobster having a vibrant blue color ranges from one in a few hundred thousand to one in a few million.

How Much Is A Blue Lobster Worth?

Consumption of blue lobsters is not in any way restricted means it is not poisonous.

It is safe to assume that the value of blue lobsters is up for debate because they have been listed on eBay with prices as high as $500 despite the fact that the ad did not receive a single bid.

The blue lobster and wagyu dish that was featured on the menu at Per Se cost $560.3 when it was first offered.

It would cost the same amount for two people to dine on blue lobster as it would for you to purchase a pair of the rare Nike "Blue Lobster" sneakers, which range in price from $699 to $1,499.

How Many Blue Lobsters Are In The World?

There is approximately one blue lobster for every two million that live in the wild.

A Reddit user benndur explained why they should never be released into the ocean, "Sadly it probably died very soon after this. 9 times out of 10 they're just chucked overboard back into the water where they drift slowly downwards, and are eaten very quickly before they can find protection near the bottom; if you don't release them near the ocean floor these guys are easy food as they drift down through the open ocean."

Another user replied to the above comment, "As much as I wish it was possible, not even Lobsters can live forever. While it’s true that they can and will infinitely shed and get bigger, they will eventually run out of energy and overexert themselves as animals that shed use a ton of energy to do so."

Where Was The Blue Lobster Caught?

The blue lobster was caught off the coast of portland by fisherman Lars-Johan Larsson but released back to sea to let it continue its growth.

What Are The Chances Of Coming Across A Blue Lobster?

The chances of coming across a blue lobster are approximately one in two million.

Can You Keep A Blue Lobster?

A blue lobster was caught off the coast of portland by fisherman Lars-Johan Larsson. But he put it back in the water. Have you ever seen a blue lobster before?

Have you heard about the greater short-horned lizard before?