Boba Fett Will Feature In ‘The Mandalorian’ Season 2

Boba Fett will appear in season two of The Mandalorian according to reports that I must admit are pretty exciting.

I say it’s exciting, but I think I would have been more excited if this happened without me being pre-warned, but that’s showbiz baby.

It’s something we all thought would happen eventually, with Boba Fett inexplicably being one of the most iconic sci-fi characters ever, but I would have still liked the surprise.

It’s weird that he’s so iconic isn’t it? He does absolutely nothing of any worth except talk with a drop of sass to Darth Vader and also wear a cool helmet. He’s eventually taken out by a rogue blind man who accidentally bumps into him but before that, there’s a moment in that Sarlacc pit where he tries to shoot Luke from around ten metres away and genuinely misses by a good few metres.

At around 30 seconds in he lines the shot up and everything. The man is a fool.

Regardless, we all love him and people in the Star Wars universe still inexplicably fear him, which is why we really want him to appear in The Mandalorian, where he can fight someone who’s actually someone adept to being a bounty hunter but will still probably be usurped somehow.

The report comes courtesy of The Hollywood Reporter who very true to form, did some Hollywood reporting and revealed that Temuera Morrison would be playing the bounty hunter. This makes sense to some extent as he played that man that Fett is a clone of and was fathered by – Jango Fett (also a terrible bounty hunter) – but doesn’t make sense because he’s 60 years old and, I’m sorry, looks it. 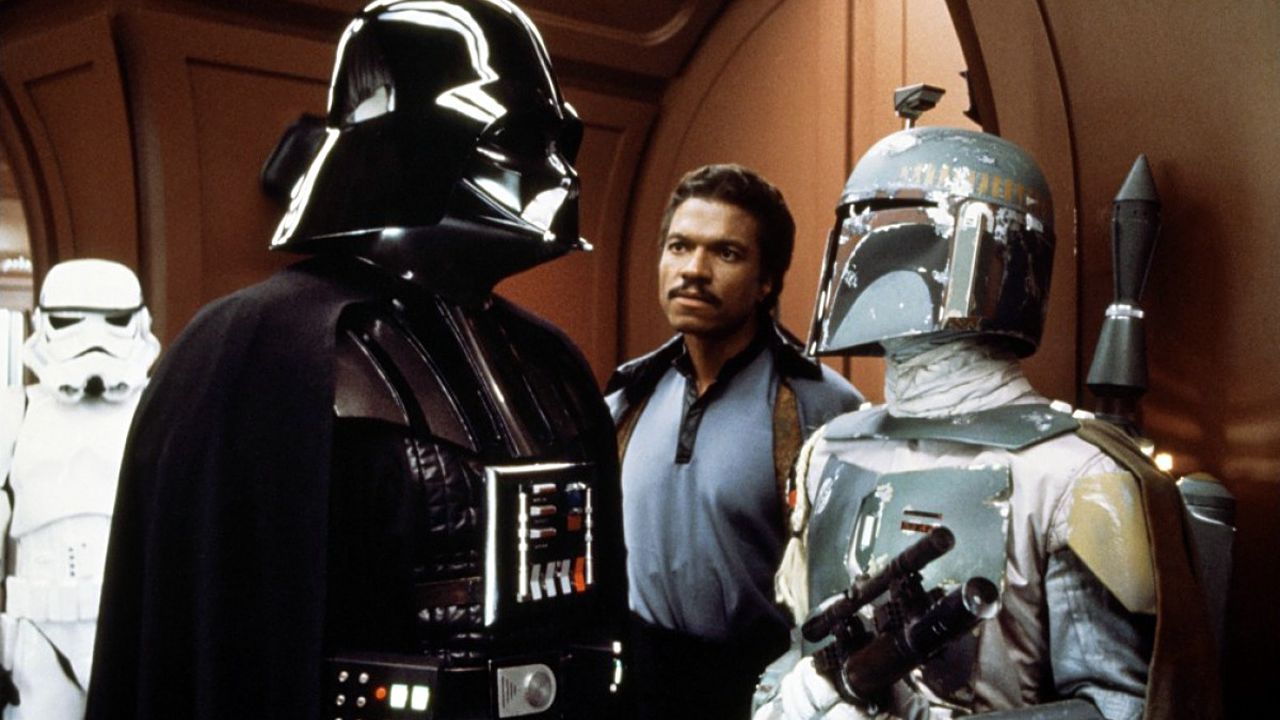 He was in Aquaman and they tried de-aging him in that. It didn’t work. Looked awful. I guess in general Disney are better at doing that than Warner Bros. but I don’t know, he may not even be de-aged in it. He might not even be on set. They could just get someone who can do parkour or whatever in the Boba Fett suit and have him doing the voiceover work, similar to how Darth Maul was filmed. He may not even need to remove his helmet. Who knows?

Despite the current pandemic and the likelihood that the production has been pushed back at least somewhat, The Mandalorian is due to be released in October.

A couple of months ago, Gina Carano confirmed that the season had finished filming, at least for her. In an Instagram post, she wrote:

“That’s a wrap on season 2… I absolutely love this work and the people in it“.

That’s a wrap on season 2.. I absolutely love this work and the people in it. 🤍 #storytelling ✨#themandalorian