These oxen are decked out in jewelry, bells, and colorful cloth, and they are driven by fortune tellers to the homes of individual customers or to other locations.

Typically, the customer will position themselves in front of the ox and the fortune teller. The fortune-teller speaks to the ox in a lilting tone while asking the ox questions about the patron's future.

A man and his boom boom cow decorated with jewelries

Boom Boom cow, also known as Gangiyeddu, is considered to be semi-nomads and often lives a nomadic lifestyle.

Their owners go from house to house, store to store, and place to place in order to make a living by carrying their adorned bull that has been trained to shake its head in response to questions.

The 'Gangireddu,' which is a bull decked up in bright garments and bells, is a sight to behold and a source of amusement.

During the story narration, when the master changes the story sequences on purpose, it also bites the palm of its master and then rests its legs on his chest without injuring him. During this time, it does not damage its master. Three men and his boom boom cow walking on the road

The Boom Boom Mattukaran, also known as the Adiyan or the Poo Idayar, is a tribe of nomadic Indian tribal people who live mostly in the states of Tamil Nadu and Kerala.

Historically, they made a living by moving from one location to another with a decked-out bull, performing entertainment, and telling fortunes using an instrument that is often known as a Boom Boom Ox/Boom Boom cow.

It is thought that they came from the state of Andhra Pradesh, and they speak a language that combines elements of Tamil and Telugu.

Because their traditional means of subsistence are no longer viable, they are forced to rely on beggary and manual labor for a living.

There are a variety of private and public attempts to settle them and provide education for them so that they can merge with settled society. 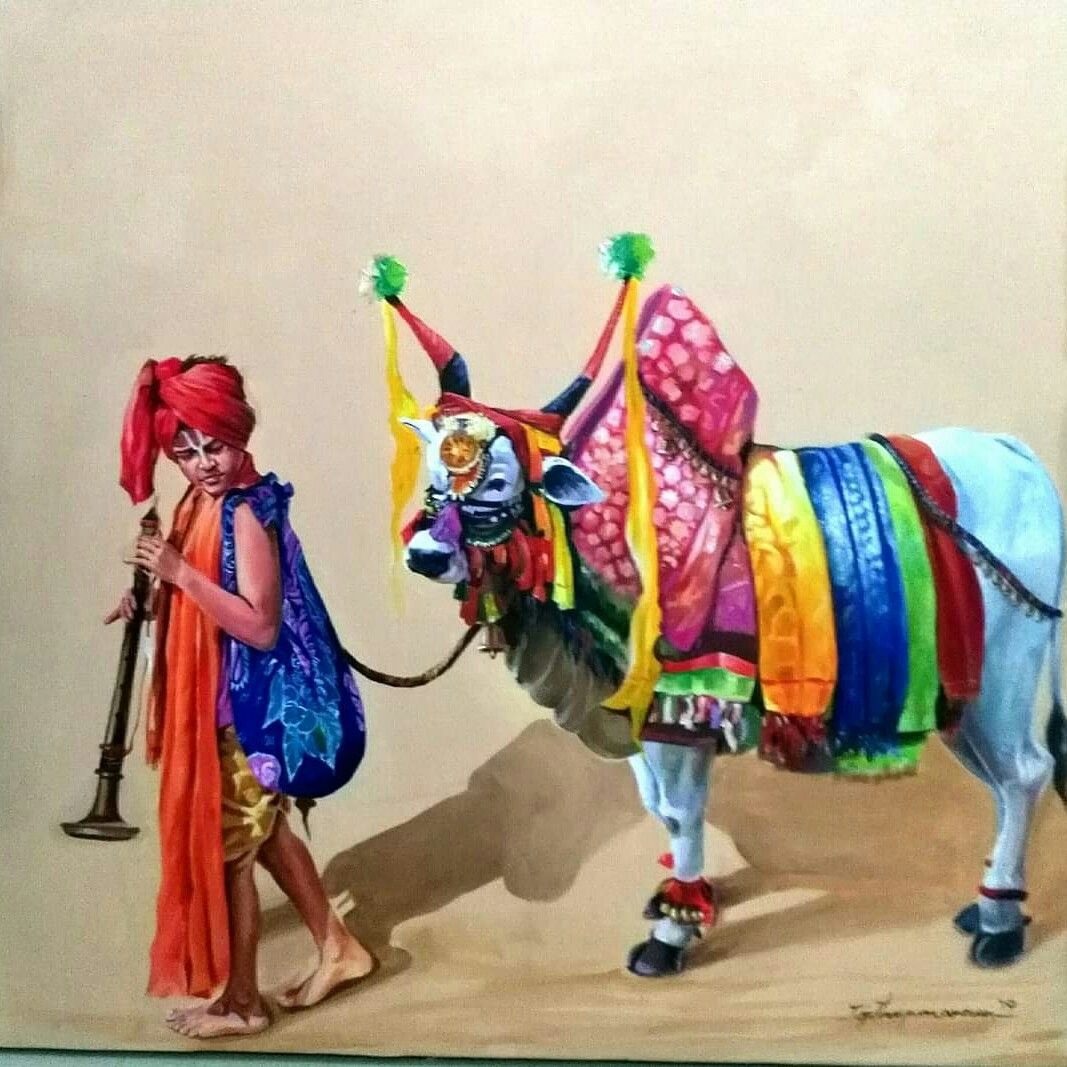 Many city inhabitants are unaware of the ox's colorful cloth, the sound of its anklets, the forceful shake of its head in response to queries made by its master, and the "kiss" it delivers by rubbing its mouth on the faces of those who dare to approach it.

The ox likewise uses its mouth to pick up the offerings and deliver them to its master.

Sakkimangalam is home to a population of people who make a living by performing with oxen at public gatherings.

They were formerly a common sight, going door-to-door collecting alms by making the animals nod to the drum beats – primarily the creepy 'boom boom' sound made by the rubbing of sticks on the drums hung on the shoulders – but now they are few and far between.

The number of performing animals and their owners has fallen in recent years due to a lack of patronage, according to R.Kaliappan, a 29-year-old owner of a performing ox.

People in cities are flooded with entertainment avenues. Not many are interested in watching an ox nod its head or kiss a human being. It has cost us dearly for we know no other job than making the ox perform.

He then proceeded to tell their goal for the betterment of their children.

Our aim now is to obtain Adi Dravidar community certificates so that our children would get some concession in education and employment while competing with the children of doctors and engineers.

An ox owner, S.Pandi, 32, also added that they are likely to be among the last set of "boom boom maattukarars" in Sakkimangalam because most of their children do not want to continue the profession.

Holy Cow! The cow is a sacred animal in Hindu mythology.

In Hinduism, the animal is depicted as accompanying several gods, like Shiva, who rides on his bull Nandi, or Krishna, the cowherd god.

What Is "Boom Boom Ox" Phrase Means In Tamil?

In Tamil, Boom Boom Ox phrase is used for the coward or a weak-will person and it is considered an insult.

Are There Still Boom Boom Cows?

This is the last generation of Sakkimangalam Boom Boom cow trainers as their children don't want to go for this profession.

Have you ever gone through a Boom Boom cow? Is this still practiced in India or not? Let us know in the comment section below.

Have you heard about Mcdonalds chicken flatbread?