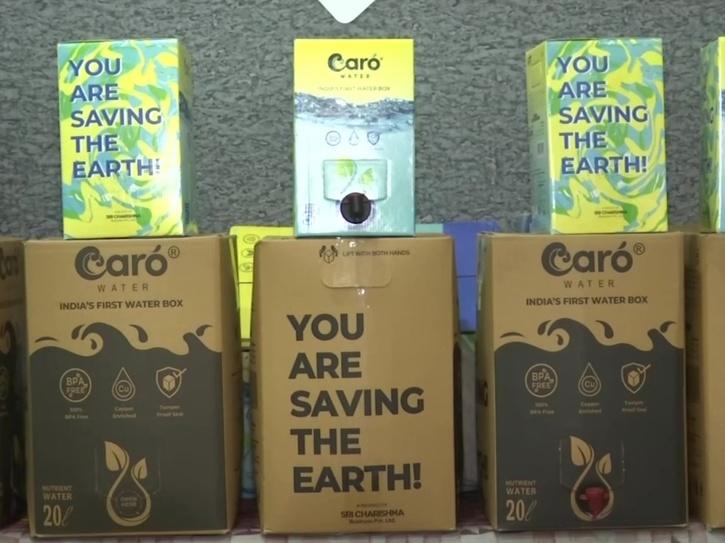 A box-shaped carton of water that is completely recyclable and is sealed with a plant-based cap. Each boxed water reduces plastic pollution effectively. Each carton is built from responsibly sourced wood, and the multi-filtered water is purified using a patented eight-step purification process, resulting in a refreshingly clean and crisp flavor. 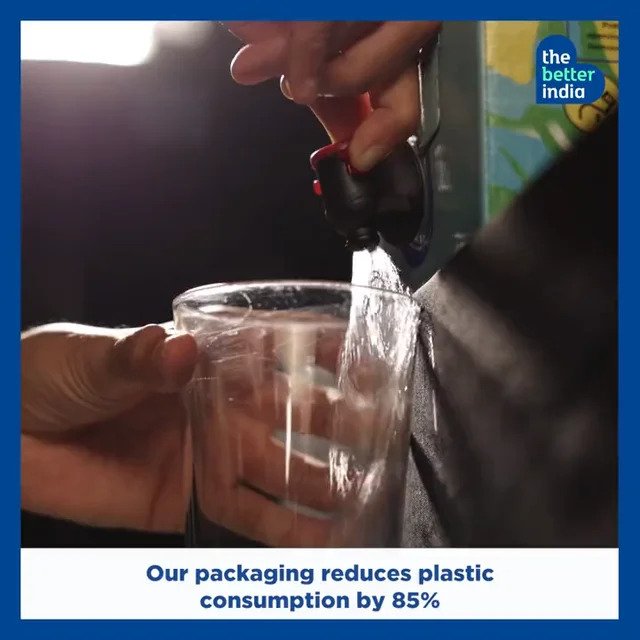 Single-use plastic, which includes everything from carrying bags to packing covers and drink bottles, has emerged as a serious environmental issue.

Even though single-use plastics are recyclable, one of the most serious problems with them is the fact that a huge fraction of them does not get recycled and ends up in landfills or the environment.

While plastics are not biodegradable, they can break down into microscopic particles known as microplastics, which can cause havoc in the environment.

They then wind up in water bodies, where they are devoured by fish and other aquatic creatures before eventually making their way into the human body.

As people become more aware of the dangers of plastic pollution, they are increasingly inclined to abandon it in favor of more environmentally friendly alternatives.

However, there aren't many of these alternatives accessible, which is a disappointment.

A start-up located in Hyderabad claims to have developed environmentally friendly water boxes that can be used to replace plastic water bottles.

A start-up called Caro Water, which translates as 'dear water,' was founded by two techies, Suneeth Tatineni and Chaitanya Ayinapudi, who left their corporate positions to pursue their dream of reducing plastic waste.

Suneeth Tatineni, the Co-founder of Caro Water, spoke to ANI about the company, "A person who is traveling long-distance will buy at least five one-liter water bottles. Less than 10 percent of these plastic bottles are getting recycled while the rest are ending up in land fillings. It is a serious issue. To find a solution to this issue, we have started packing water using cardboard boxes wherein nutrition enriched water is filled into recyclable bag-in-box bags."

These boxes and bags are environmentally benign and will be disposed of properly.

He went on to say that they have formed partnerships with recycling facilities across the city to ensure that nothing from these boxes ends up in landfills. He stated that the recyclable cardboard and water bags that were placed inside the boxes will be recycled and utilized for other reasons.

According to the manufacturer, this is the first-of-its-kind product in the country.

Caro Water's co-founder, Chaitanya Ayinapudi, shared her thoughts, "The idea to supply daily drinking water in eco-friendly boxes is itself unique and first of its kind in the country. Over the last two quarters since the inception, we were able to sell around 8,000 odd 20-liter water boxes." 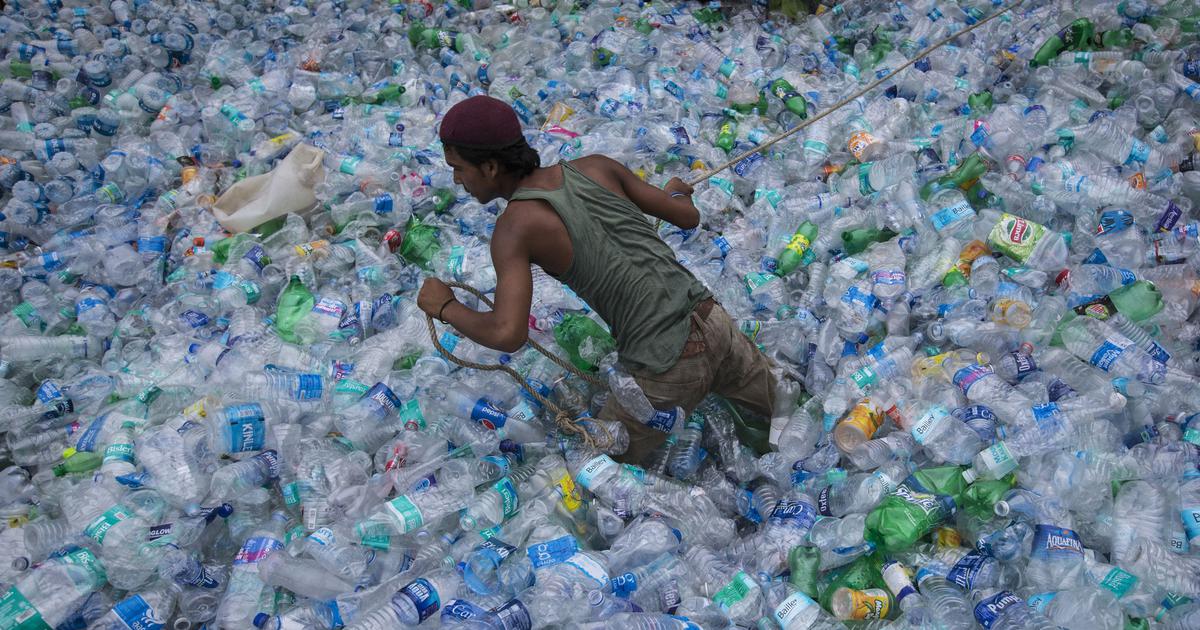 A boy in a giant heap of single-use plastic bottles

What Advantages Does Boxed Water Have Over Bottled Water?

It may conserve CO2 on the route to the bottling factory.

Assuming the carton is truly recycled and does not need to be hauled halfway across the continent for processing.

Other than that, it isn't much better.

In conclusion, I am not claiming that boxed water emits more CO2 than bottled water.

It's hard to compare boxed water to other single-use items, but the fact that most of us don't need to drink bottled water is irrelevant.

For those who require water on the go, they can bring their own metal, glass, or reusable plastic container. Single-use goods should be rare in everyday life. Cartons and plastic bottles will always have a negative influence on emissions since they are unneeded.

A solution to a problem that shouldn't exist: bottled water should only be used in emergencies or locations where there is no clean water to drink.

This boxed water reduces plastic pollution and it shouldn't be a recurring purchase. 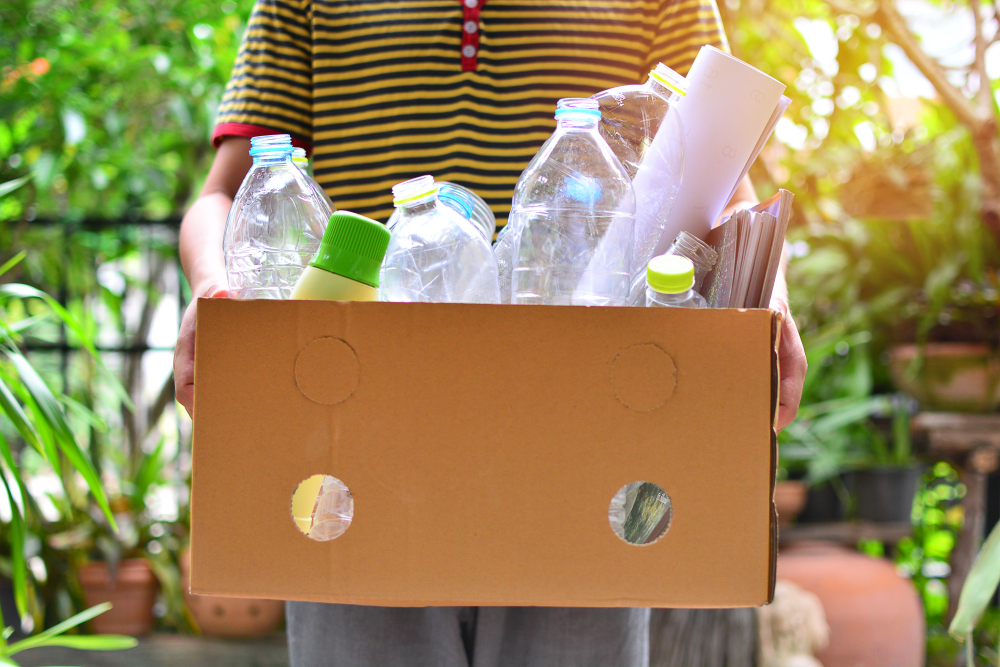 '"If you can't see the bag, it's like it doesn't exist" is the marketing ploy on this I guess.'

"I don't think it's a tretrapak. It's similar to the botabox wine, it has a plastic bladder. Since they sell the water in 10 liters and more, it reduces the amount of equivalent plastic bottles. Adding the incentive to recycle, hopefully it will reduce pollution."

"so no different than just a 10 liter bottle, except trees also went into this one? I just don't see it as anything big."

It doesn't need to be brand new, the application of the technology means it will have a large effect on pollution in a country that creates a significant amount due to the lack of access to newer technology and amenities such as drinking water."

"How about a metal or stainless bottle?"

"That would push the costs up. Which would mean people would just buy cheaper water in oh plastic bottles because that's how you survive."

Boxed Water employs an eight-step water purification process that includes reverse osmosis, carbon filtering, and mineral removal for purity, which results in a clean, crisp flavor that is unique to Boxed Water. We employ a UV light and an ozonation procedure to ensure the safety of our products.

All in all, everything has some advantages and disadvantages. If you know how to properly use a water box and a proper way to dispose it off. This boxed water reduces plastic pollution effectively if taken into consideration, it would not create a problem. But if you leave this unattended, it will create a problem just like single-use plastic. Because it is necessary to pay attention to what is happening around you.