Boy Hits Girl Back And Gets Suspended From School 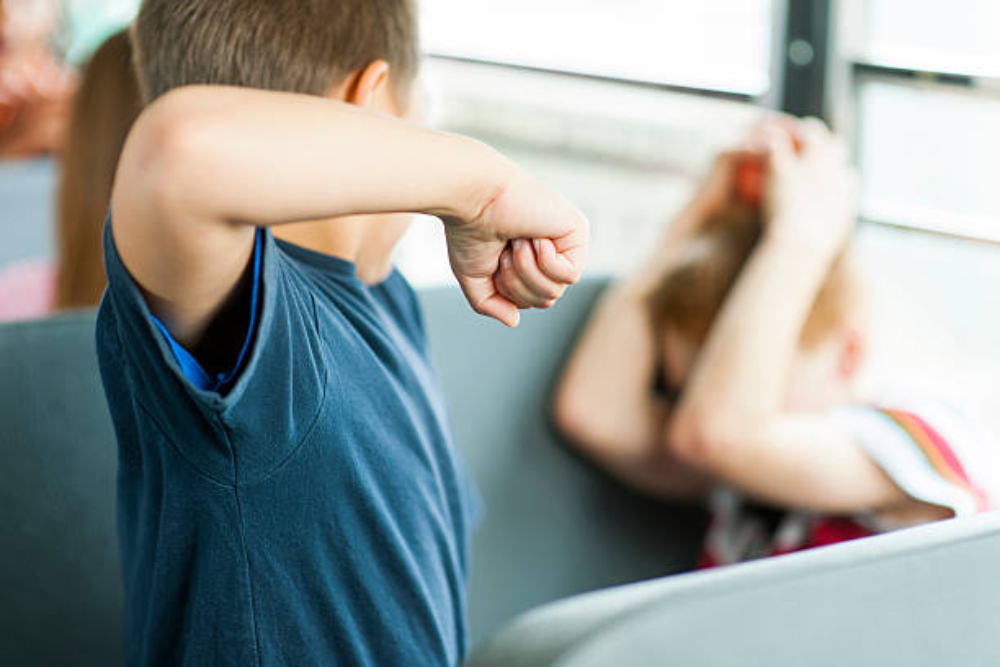 Sadly, bullying is still a major issue in a lot of schools. Numerous kids experience constant bullying from their peers, including name-calling and, in some cases, physical violence. Like a boy bullied by a girl but when the boy hits girl back, he got suspended from school.

As much as 20% of students between the ages of 12 and 18 reported experiencing bullying in 2017 according to the National Center for Education Statistics and Bureau of Justice.

Bullying victims have a higher likelihood of suffering from unfavorable psychological and mental health difficulties. They are more likely to struggle with despair and anxiety, perform less academically, and complain about their health. 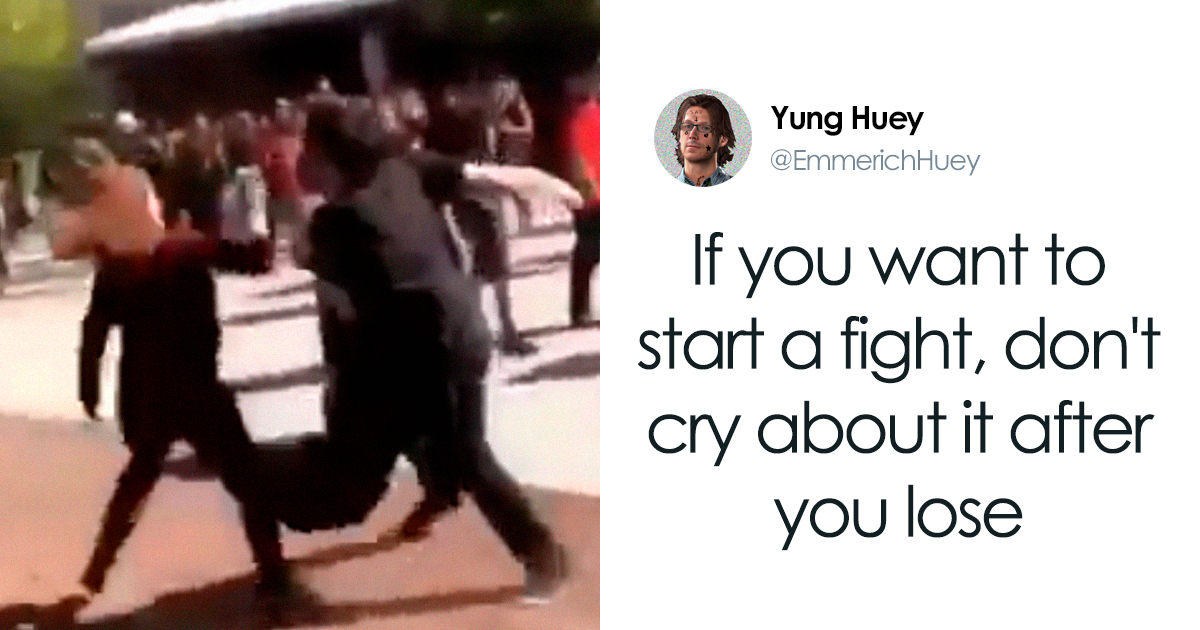 A boy hits back girl who was bullying him; A tweet sharing his opinion about the fight

Despite the terrible effects bullying may have on children, you frequently witness instances where adults and educators fail to properly intervene and support the victims.

Boy Fights Back Against Girl

A girl is plainly seen harassing a boy in the footage that has been published. The unnamed female continued to strike and shove the child while daring him to strike her back. After she made no attempt to leave him alone, the boy hit her back in retaliation.

The girl's companion becomes aggressive as a result, and the boy hits her as well. But viewers of the film picked up on a disturbing detail, classmates and professors only stepped in when the youngster started to fight back, but they said nothing when the boy was being bullied.

How everyone gon be mad at him??? If they didn’t want him to eventually hit back they should’ve stopped it sooner.

A video of a fight happening on school property in which the boy hits girl back went viral. The boy from the video joined the conversation by providing further facts about what happened. Later, he updated his blog post to add that the school had suspended him for the altercation while they looked into it. 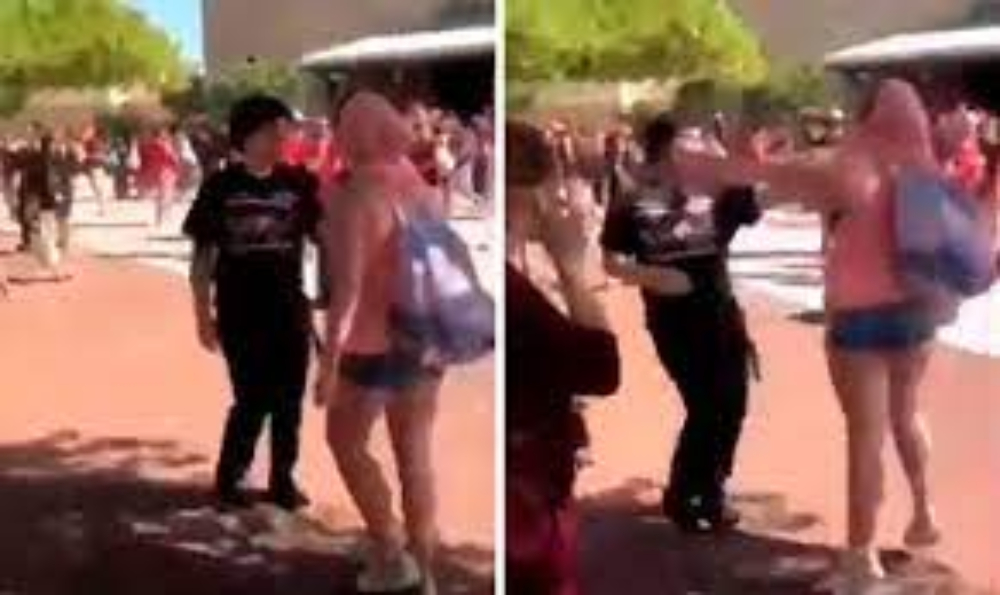 So basically me and my friends talking and we hear her say that the school is dumb ass s**t for running a dance after the tragic we had this morning and my friends said that the school can we whatever they want and she didn’t like that and she said that "everyone that goes to that dance need to get shot and put into a grave" and me and my friends were like this b**ch crazy and she started yelling at my friend and I started to laugh and she said she will "smake that smile on my face" and I said ok whatever and she said "you think I’m playing games" I continued to say whatever and she was like ok after class you will see.

I said ok and we got out of class and I walked out of the 2000 building and she said "hey pussy we’re are you going" I then turned around and looked at her and then she started yelling in my face and she started to get close to me and that’s when the video started.

I walked backwards all the way to the vending machine and her friend dropped her bag like she was about To do something so I dropped my bad and then I continued to say back up I don’t wanna get mad and then she swung at me and then I said " last time do not touch me" and then she started yelling in my face again as I’m still trying to get her the f**k away from me and then she swung again so then I slapped her with a open hand and then her friend grab and rips my t-shirt and I turn around and hit her, then she come back and then I hit the crazy b**ch again then a teacher split as up.

What I did was f**ked up and I wish I could change it, but I didn’t want to turn my back to her and have both of them behind me so that’s why I did what I did.

Ok so there is rumors going around and I’m going to explain to everyone. All 3 of us got into trouble, it is unknown how long I’m suspended. I do not know what happened to the other girls yet and I don’t know if I will ever know. But the school is still "investigating" the fight and they do have the full video. I do not know what is taking them so long to give me a date for how long I’m outa school but I will keep everyone updated.

And when the girl yells don’t touch me ever again, I was putting my hand in between us so she can’t get any closer to me, but she keep getting closer and my hand was touching her chest and I continued to tell her to back up.

Can You Hit Someone If They Get In Your Face?

Yes. However, when you act, you must believe that you are in imminent danger of being attacked or seriously injured.

Can You Hit A Girl If She Hits You 3 Times?

It is legal to defend yourself against a girl's attack. You can only stop her with the amount of force you have, though. If you use more, you've aggravated the issue and could face assault charges.

How Much Time Do You Get For Hitting A Girl?

The maximum punishment for domestic violence as a misdemeanor assault offense is 60 days in jail.

A boy hits girl back who was bullying her and was punished as he was suspended by the school.