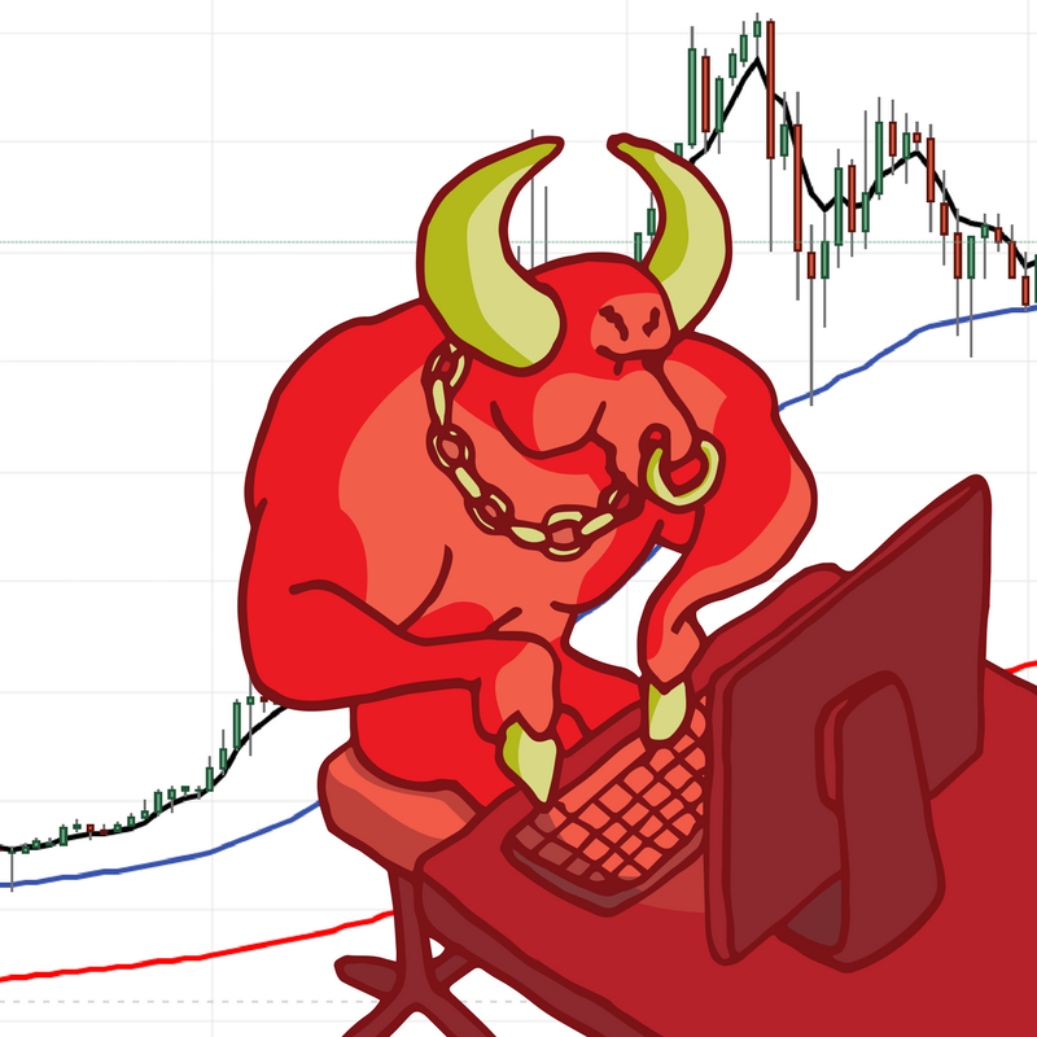 A "bull trap" is a circumstance that occurs in trading when a trader purchases an asset with the expectation that its price will continue to grow, only to find that the asset's price drops significantly after it reaches a new high.

When there is ambiguity in the market or when there is widespread dissemination of incorrect information regarding a specific asset, bull traps are likely to emerge.

It is called a "bull trap" because unsuspecting traders are tricked into thinking that an asset whose value is going down is actually going up.

This illusory sense of safety can result in significant financial losses.

When it is thought that a bull trap is being set, traders should get out of the trade as soon as possible or initiate a short position.

In these kinds of circumstances, stop-loss orders can be really helpful, particularly when the market is moving quickly and you want to avoid being carried away by your emotions.

Finding a bull trap can be challenging, as is the case with a number of other aspects of trading.

But the best way to avoid bull traps is to be aware and keep an eye out for early warning signs, such as breakouts with low volume.

Below, you'll find further discussion about this topic.

How Does A Bull Trap Work?

When a trader or investor purchases a security that has broken out above a resistance level, which is a frequent technique based on technical analysis, they have fallen victim to a bull trap.

Even though most breakouts are followed by significant moves upward, the value of the investment could suddenly change direction.

Because traders and investors who bought the breakout find themselves "stuck" in the trade, these situations are referred to as "bull traps."

Bull traps can be avoided by traders and investors if they look for confirmations right after a breakthrough.

A trader might, for example, look for higher-than-average volume and bullish candlesticks after a breakout to confirm that the price is likely to rise further in the near future.

A breakout that results in low volume and indecisive candlesticks—like a Doji star, for example—could be an indication that a bull trap is about to be set.

Bull traps are psychological situations that happen when bulls don't back a rally that is above a breakout level.

This could be due to a lack of momentum or profit-taking on the part of the bulls. If bears observe divergences, they might quickly seize the opportunity to sell the security.

This would result in prices falling below resistance levels, which would then set off stop-loss orders.

If a bull trap is found, it's best to know about warning signs like low volume breakouts ahead of time.

Stop-loss orders can be very helpful in these kinds of situations, especially when the market is moving quickly and you don't want your emotions to control your decisions.

In this example, the security's price is going down and it hits a new 52-week low before jumping back up quickly on high volume and hitting trendline resistance.

Many traders and investors are paying attention to the move because they expect it to break out over the trendline resistance.

However, security makes a U-turn at the resistance level and then turns dramatically lower from these levels.

The trader or investor could have avoided the bull trap by waiting to buy the securities until a breakout happened first, or at the very least, by placing a stop-loss order right below the level where the breakout happened to limit their losses.

What Is The Meaning Of The Bull Trap In Crypto Market?

Due to the lightning-fast recoveries, bull traps are frequently witnessed in the cryptocurrency market. They are also known by the term "dead cat bounce."

The same logic applies to the cryptocurrency market as it does to any other market: bull traps.

For example, if the price of an alternative cryptocurrency has been going up steadily over the past few days, you might think that this trend will continue.

You make your purchase now, then sit on it while you wait for the price to rise, so you may make a profit when you sell it later.

On the other hand, the opposite may occur, and you find yourself caught in a position where you cannot win.

You watch for a downward trend and then wait for a bullish reversal so you can buy the dip.

You do this because you believe you are getting a good deal when you buy the asset.

When the price starts to go backward and start going down again, the trap shows itself for what it is.

How Does Bull Trap Trading Work?

Because there is relatively little general buying pressure to begin with, many of these attempts to force prices higher may be unsuccessful.

When a deal turns out to be a losing position, some traders may make emotional trading moves, which can significantly affect prices.

This situation, which is called "stuck traders," could be used to make money under certain circumstances.

So, if you are trading in a downtrend, you should keep an eye out for bull traps whenever the price moves above a resistance level or an earlier swing high.

You should also think about entering a short position whenever the price starts to drop below the resistance level or an earlier swing high.

Here are some potential next steps for you to take into consideration.

Is A Bull Trap Bullish Or Bearish?

A "bull trap" is a situation that is bullish in the short term but bearish in the long run. The bull trap is designed to attract buyers, which results in a temporary increase in price. This, in the end, gives way to selling pressure, which in turn causes the price to collapse.

How Can You Tell A Bull Trap?

A variety of technical indicators, including breakout points, resistance levels, and more. Investors can avoid getting caught in bull traps by always keeping an eye on longer-term price charts, keeping an eye on simple moving averages and other technical indicators, and knowing where important support and resistance levels are.

What Causes A Bull Trap?

When a market or asset that is currently experiencing a downward trend experiences a momentary spike in value, this is known as a "bull trap." When investors see that prices are at a historical low, they start buying shares, which temporarily drives up the price. During downturns, bull traps are a typical occurrence.

Some investors can be led astray by a bull trap into believing that a market or an individual stock price has reached its bottom and that it is now a good time to buy.

However, it turns out that this is not a good time since the price quickly begins its decline, luring purchasers into an investment that would result in a loss of money.

In many respects, it is the polar opposite of a "bear trap," which is a strategy used to trick traders into liquidating their positions too early during a bull market.