The Secret Behind The Camouflaging Ability Of Squids 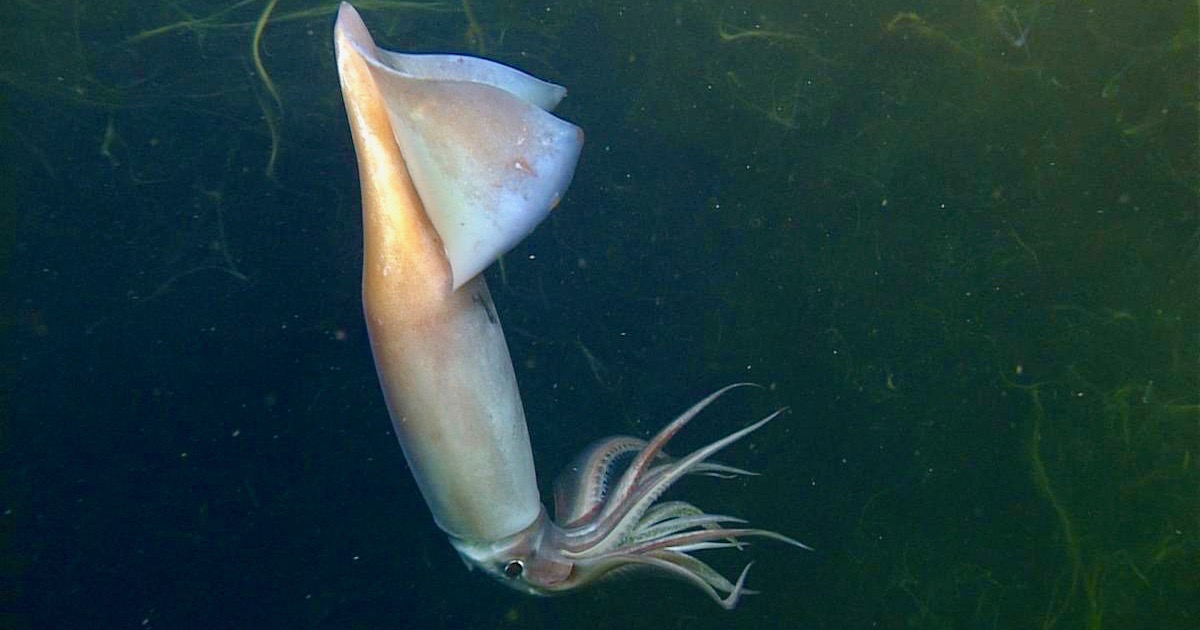 The amazing capacity of squids to change color, texture, and shape is unmatched, even by today's technological advancements. Squids, octopuses, and cuttlefish are unquestionably the best at deception and camouflage in the ocean. The camouflaging ability of squids has awe-struck scientists and marine biologists. 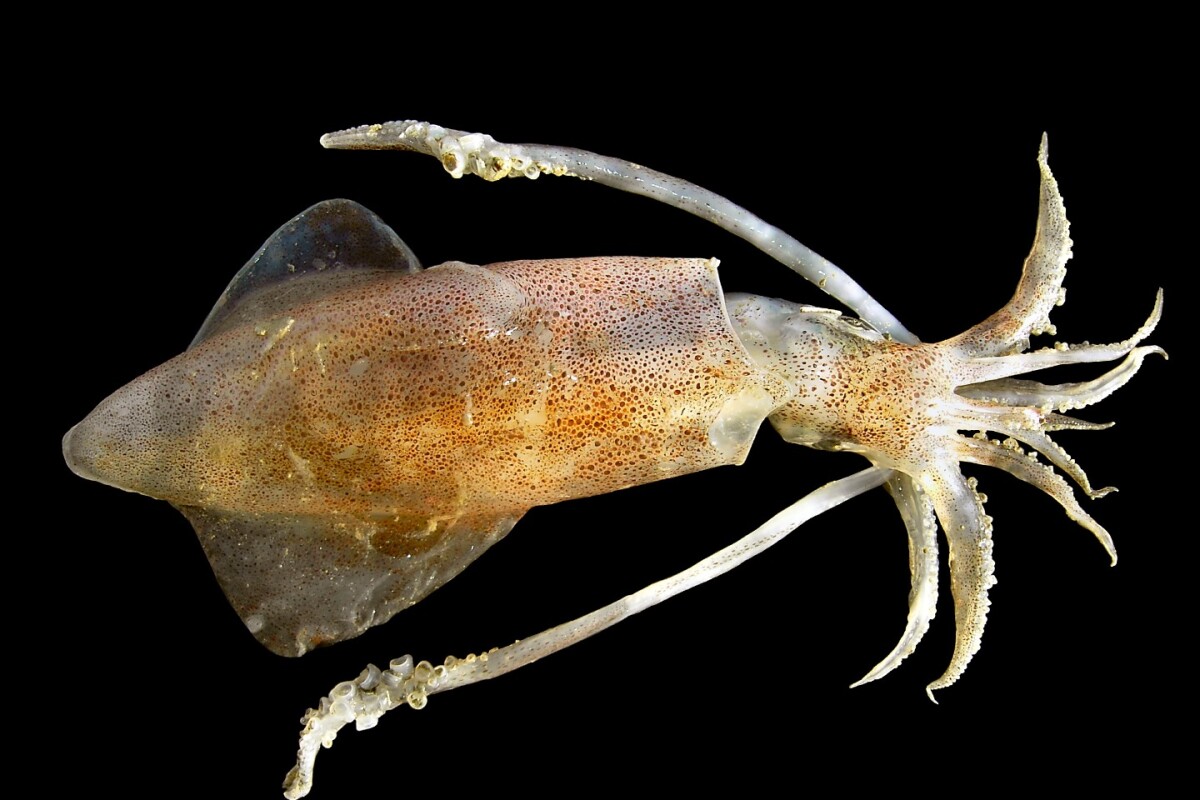 There are a number of cephalopods (the group of animals that includes octopuses, squid, and cuttlefish) that are skilled in the art of color change, which they can use to camouflage themselves or to startle and warn potential predators in their underwater environment, according to the University of California, Berkeley.

Many of these organisms have specific pigment cells in their skin known as chromatophores, which are responsible for their coloration. It is possible to change the color of the cells and even create changeable patterns by varying the size of the cells. They are connected to the neurological system, and their size is determined by the contraction of the muscles around them.

They also have very well-developed eyes, which are thought to be able to distinguish between different colors and different intensities of light. Cephalopods use their exceptional eyesight and chromatophores to conceal themselves by forming color patterns that are as near as possible to the hue of the underlying seafloor. Color changes in squid occur when the animal is disturbed or feels frightened as well as when it is not. 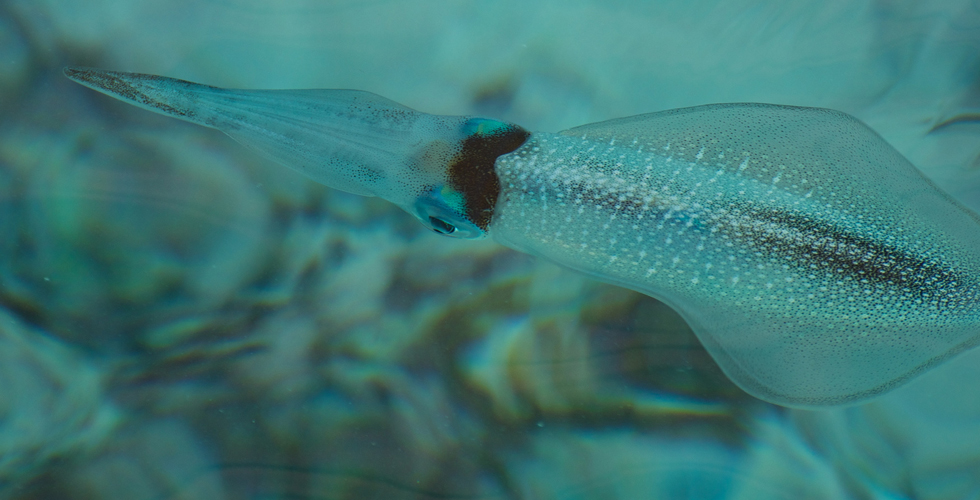 A light blue-transparent squid in the sea

For years, researchers in the lab of University of California, Santa Barbara professor Daniel Morse have been fascinated by the optical features of color-changing organisms, and they have become particularly fascinated with the opalescent inshore squid. These species, sometimes known as the California market squid, have evolved the ability to carefully and continuously modify their color and gloss to an extent that is unmatched by any other creature on the planet.

The bright and generally featureless upper ocean provides them with the ability to communicate while remaining hidden in plain sight. The researchers previously discovered that specialized proteins known as reflectins control reflecting pigment cells known as iridocytes, which in turn contribute to the overall visibility and look of the creature by modifying its overall visibility and appearance However, the exact mechanism by which the reflectins functioned remained a mystery.

Professor Morse, a Distinguished Emeritus Professor in the Department of Molecular, Cellular, and Developmental Biology at The Ohio State University and the principal author of a paper published in The Journal of Biological Chemistry, said, "We wanted now to understand how this remarkable molecular machine works." This method, he explained, will provide insight into the tunable regulation of emergent features, which could pave the way for a new generation of bio-inspired synthetic materials to be developed in the future.

The opalescent inshore squid, like most cephalopods, performs their wizardry by the use of what may be the most complex skin yet discovered in the natural world. Tiny muscles control the texture of the skin, while pigments and iridescent cells influence the look of the skin. One type of cell regulates its color by expanding and contracting cells in its skin that store bags of pigment, which allows them to change their appearance.

There is a layer of iridescent cells — those iridocytes — that sit underneath the pigment cells, reflecting light and contributing to the creatures' overall coloration across the whole visible spectrum. In addition, the squids feature leucophores, which regulate the reflectance of white light in their bodies. Squids have the ability to adjust the brightness, color, and hue of their skin by layering pigment-containing and light-reflecting cells together in a way that allows them to choose from a stunningly wide range of colors.

In contrast to the color produced by pigments, the highly dynamic hues of the opalescent inshore squid are produced by altering the structure of the iridocyte itself. Light bounces between nanometer-sized structures that are approximately the same size as wavelengths in the visible section of the spectrum, resulting in the formation of colors. The hues of these formations shift in response to the changes in their dimensions. The ability of these features to shapeshift is attributed to reflectin proteins, and the researchers' objective was to discover how they accomplish this.

Genetic Engineering And Biophysical Investigations Researches Lead To The Answer

The answer to camouflaging ability of squids was discovered through a mix of genetic engineering and biophysical investigations, and it turned out to be a mechanism that was considerably more elegant and powerful than any that had previously been thought possible by the experts. "The results were very surprising," said Robert Levenson, the study's first author and a postdoctoral researcher in Morse's lab. He explained that the researchers had anticipated finding one or two sites on the protein that governed its activity. "Instead, our evidence showed that the features of the reflectins that control its signal detection and the resulting assembly are spread across the entire protein chain."

Reflectin, which is located in iridocytes in densely packed layers of membrane, has the appearance of a string of beads, according to the study's findings. Most of the time in this situation, because the linkages between the beads are strongly positively charged (like uncooked spaghetti), they reject each other, straightening out the proteins.

Morse and his colleagues discovered that nerve impulses sent to the reflective cells cause the addition of phosphate groups to the links in the chain of phosphate. These negatively charged phosphate groups act as a buffer between the links' repulsion and the proteins' ability to fold up properly. The discovery that folding the reflectin exposed new, sticky surfaces on the bead-like sections of the reflectin, allowing them to clump together, was particularly exciting to the research team.

Up to four phosphates can bind to each reflectin protein, providing the squid with a process that can be controlled precisely: the more phosphates are supplied, the more the proteins fold up, exposing more and more of the emergent hydrophobic surfaces, and the larger the clumps develop as a result. As these clumps develop in size, the many single, small proteins in solution are reduced to a smaller number of larger groupings of multiple proteins in solution.

This increases the fluid pressure inside the membrane stacks, causing water to escape — a form of "osmotic motor" that responds to even the smallest changes in charge generated by the neurons, which are connected to patches of hundreds of leucophores and iridocytes. Due to the subsequent dehydration, the thickness and spacing of the membrane stacks decrease, which causes the wavelength of reflected light to change progressively from red to yellow, then to green, and finally to blue as a result.

The greater refractive index of the more concentrated solution results in an increase in the brightness of the cells as well. The mechanism they discovered turned out to be remarkably complex, yet it was contained and elegantly integrated into a single multifunctional molecule — the block-copolymeric reflectin — with opposing domains so delicately poised that they act like a metastable machine, continuously sensing and responding to neuronal signaling by precisely adjusting the osmotic pressure of an intracellular nanostructure to precisely fine-tune the color and brightness of a photoreceptor. Furthermore, the researchers discovered that the entire process is reversible and cyclable, allowing the squid to fine-tune whatever optical qualities are required by the situation at hand.

What Abilities Do Squids Have?

Cephalopods, such as the giant squid, possess a variety of distinctive characteristics, such as the capacity to secrete 'ink' in order to confuse and discourage predators. Their intricate neurological systems and complex brains also make them extremely interesting to neuroscientists, who are particularly interested in them.

"Is this like holding its breath and this happens? Because it stays very still when it does that"

"It's probably staying still to not disturb the illusion"

Morse discovered that some of the processes at work about the camouflaging ability of squids, these reflectin proteins are also shared by the proteins that assemble pathologically in Alzheimer's disease and other degenerative disorders. According to him, he plans to examine why this mechanism is reversible and cyclable, innocuous and advantageous in the case of reflectin, but irreversible and harmful in the case of other proteins.

The finely organized changes in their sequences may be able to explain the discrepancy, and they may even suggest new avenues for illness prevention and therapy.