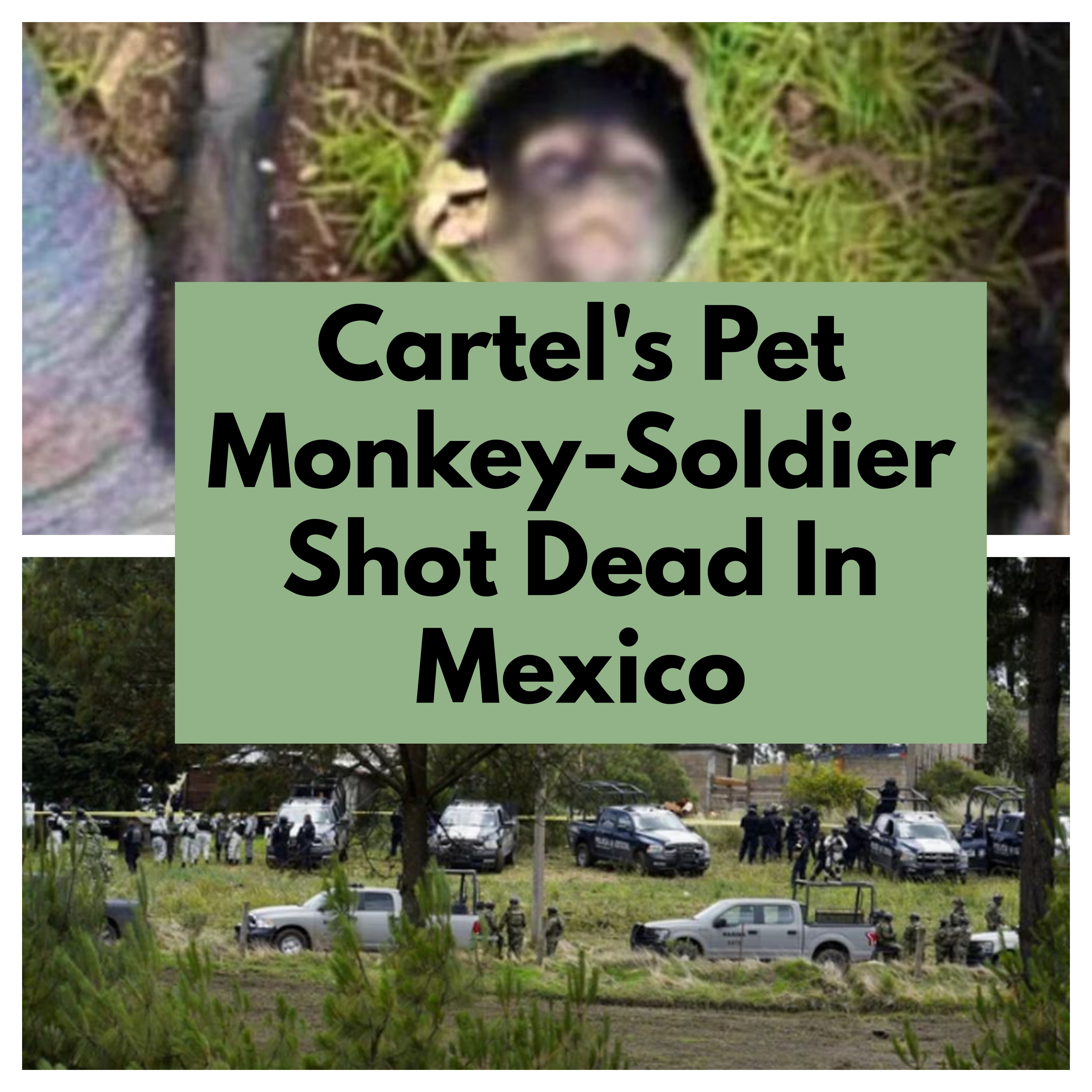 A violent shootout between Mexican police officers and people who are suspected of being drug traffickers resulted in the killing of eleven hit men, the injury of three security agents, the injury of four civilians (one of whom was very gravely hurt), and cartel's pet monkey-soldier shot dead in Mexico. 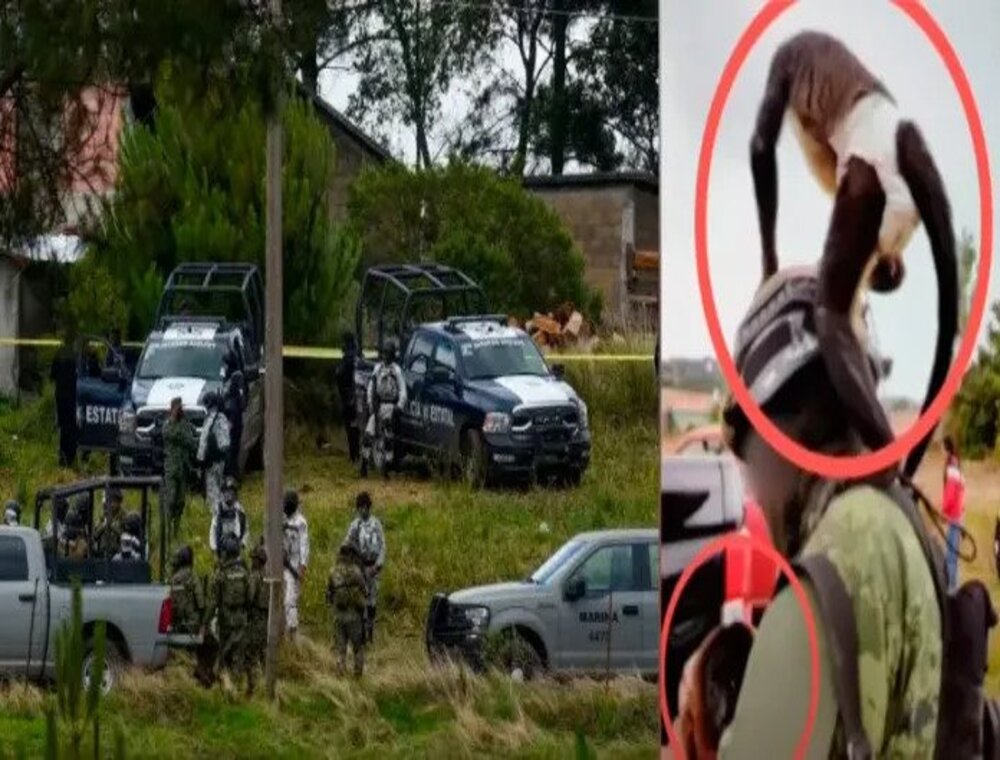 Police and police cars in the shootout place; monkey attacking a police officer

The young member of the Michoacana household had kept the small primate as a pet for some time prior to its death.

The primate who was known as the "Spider monkey" served as the right hand of one of the members of the drug traffickers, who were successful in evading arrest before finally being caught.

The pet monkey was usually dressed like a soldier, and the monkey followed him wherever he went.

The image of the dead animal's body that has been circulating on social networks and in the press in Mexico shows the primate dressed in diapers and wearing a hood and a jacket that appears to be a ballistic vest.

According to the new information that has come to light, the regional leader of the Michoacán family had the owner of the monkey as part of his personal security equipment.

It is necessary for the office of the state prosecutor to conduct an autopsy in order to determine whether or not the monkey was shot during the altercation.

While the State claimed that the dead primate, along with other pets of the same type, were keys to finding the criminal group that typically strikes in the south of Endomex.

In addition, the Agent of the Public Ministry is the one who will decide whether or not sanctions should be applied for probable illegal activity of an environmental nature or trafficking of protected species. 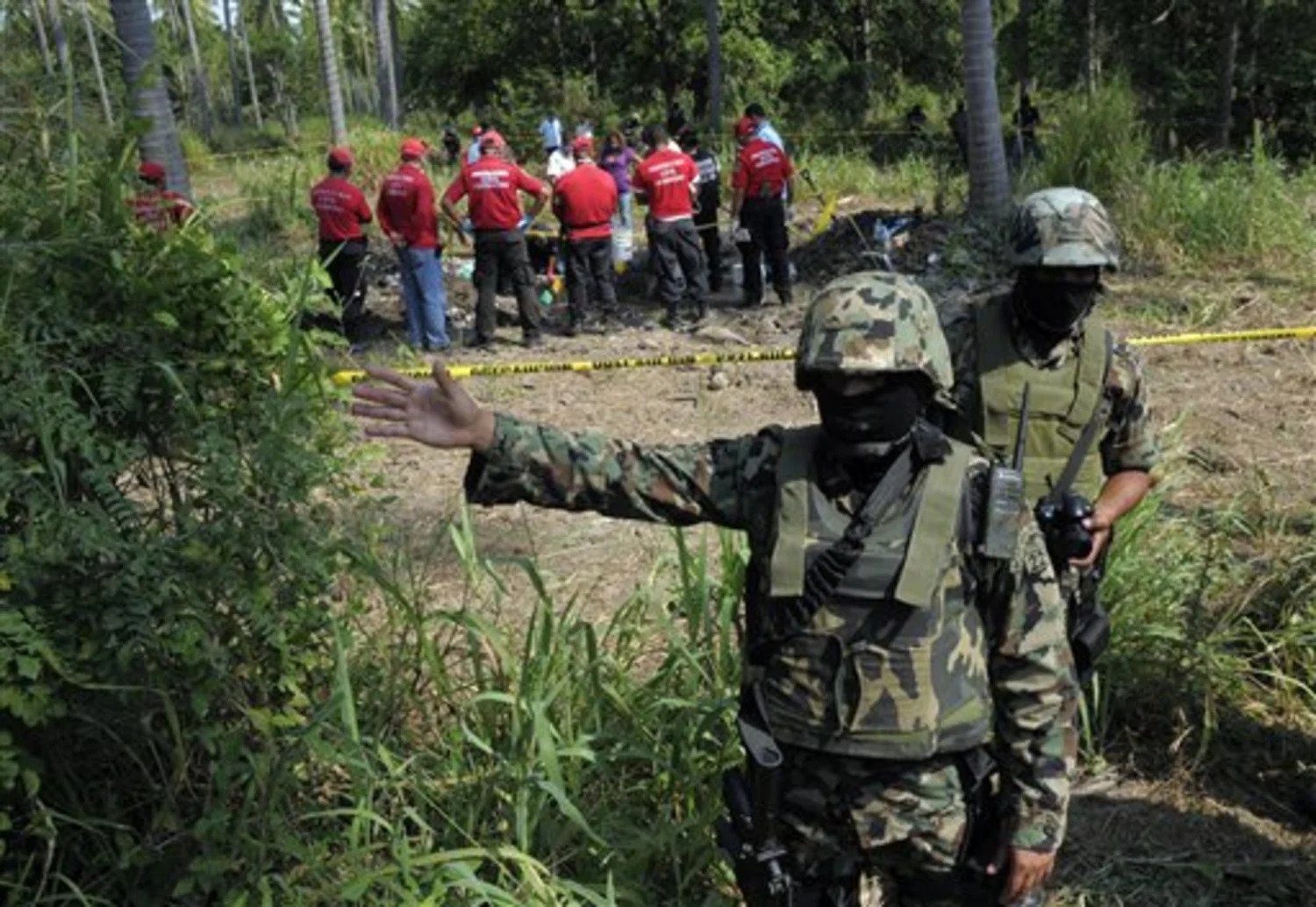 Mexican army and a government team investigating the shootout place

How Severe Was The Shooting That Took Place In Mexico?

The conflict between the police, army, navy, National Guard, and La Michoacana criminals stemmed from an operation in Palo Amarillo to arrest a high command family.

An armed group's attempt to stop federal agents from entering the area was what started the exchange of gunfire.

In addition to those who were murdered and injured as a result of the confrontation, at least ten persons were apprehended under the suspicion that they were members of the criminal commando.

The police, in turn, raided an armory that included the following items: 29 long weapons and 5 small weapons; 24 vests; 7 helmets; 6 bulletproof plates; 84 magazines in a variety of calibers; spokes; cell phones; 5 vans and a Nissan car; and a bulletproof plate. 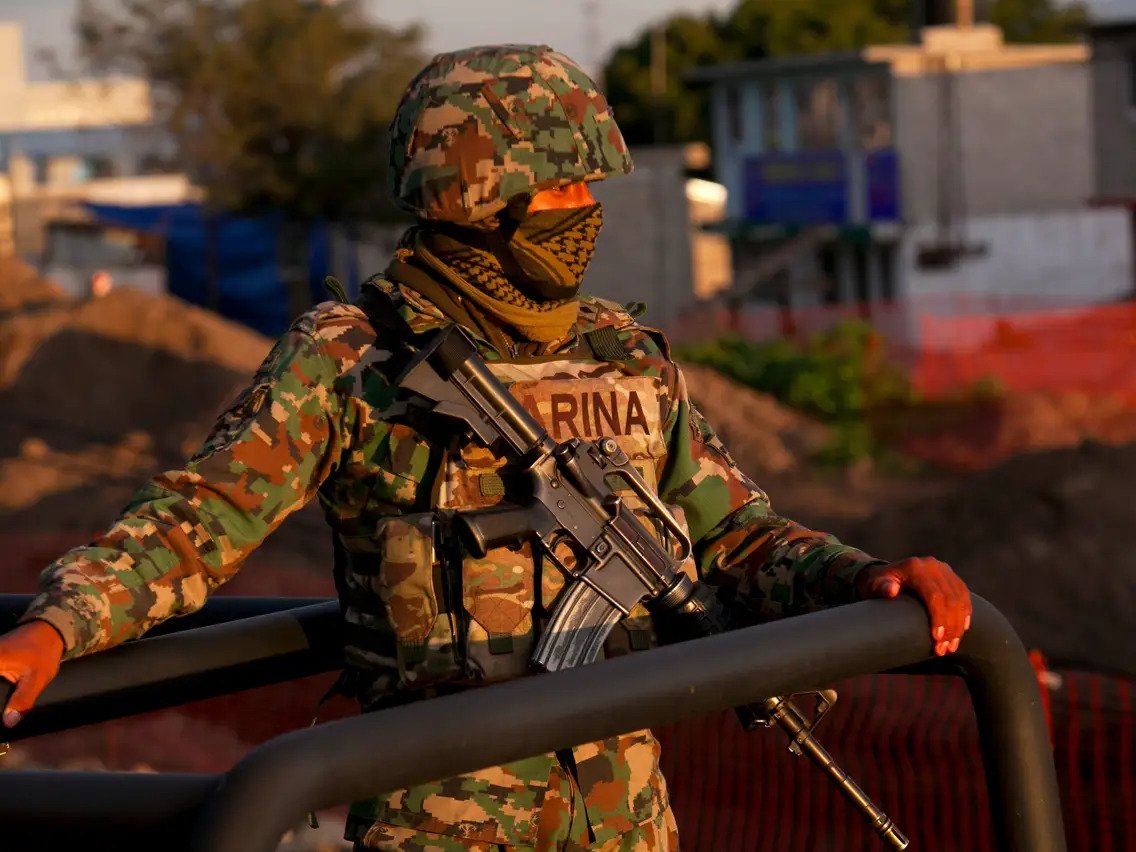 A Reddit user, CAptainGSting, shared a comment that got 1.1K upvotes. He said, "he had a little body armor and everything...."

A Reddit user, caYabo, shared that there is a monkey group that is specially trained. He says, "huh? i guess you don't know about the monozetas. they are a highly trained group of monkey assassins that roll law enforcement up on the regular."

Let me share the information about cartels in Mexico if you don't know about them.

What Are Mexican Cartels?

Mexican cartels (also known in Mexico as la Mafia (the mafia or the mob), La Maa (the skill / the bad manners), narcotraficantes (narco-traffickers, or simply narcos) usually refer to several rival criminal organizations that are combated by the Mexican government in the Mexican War on Drugs.

What Is Mexico's Biggest Cartel?

As of the year 2021, the Sinaloa Cartel continues to be the most powerful drug cartel in Mexico. After the arrest of Joaquín "El Chapo" Guzmán, the cartel is now headed by Ismael Zambada García (aka El Mayo) and Guzmán's sons, Alfredo Guzmán Salazar, Ovidio Guzmán López and Ivan Archivaldo Guzmán Salazar.

Who Is The Current Cartel In Mexico?

The Sinaloa Cartel is the only organization in the state that, for decades, has co-opted communities, authorities, and a large part of the Sinaloa mountains to carry out one of the most prosperous businesses in the underworld. It is largely commanded by the sons of Joaqun "El Chapo" Guzmán and Ismael "El Mayo" Zambada.

Cartel's pet monkey-soldier shot dead in Mexico video is also available on Youtube. You can check that video below.

Where Was The Monkey-Soldier Killed?

What Was Monkey-Soldier Wearing During Shootout?

The video or the pictures circulating social media show that the monkey is dressed in diapers and wearing a hood and a ballistic vest.

Who Was The Owner Of Soldier-Monkey?

A younger member of the Mexico Cartel group was the owner of the monkey.

What was your reaction when you heard about the cartel's pet monkey-soldier shot dead in Mexico?

Have you heard about the news of the Thai cult got arrested because he told his followers to consume his waste?