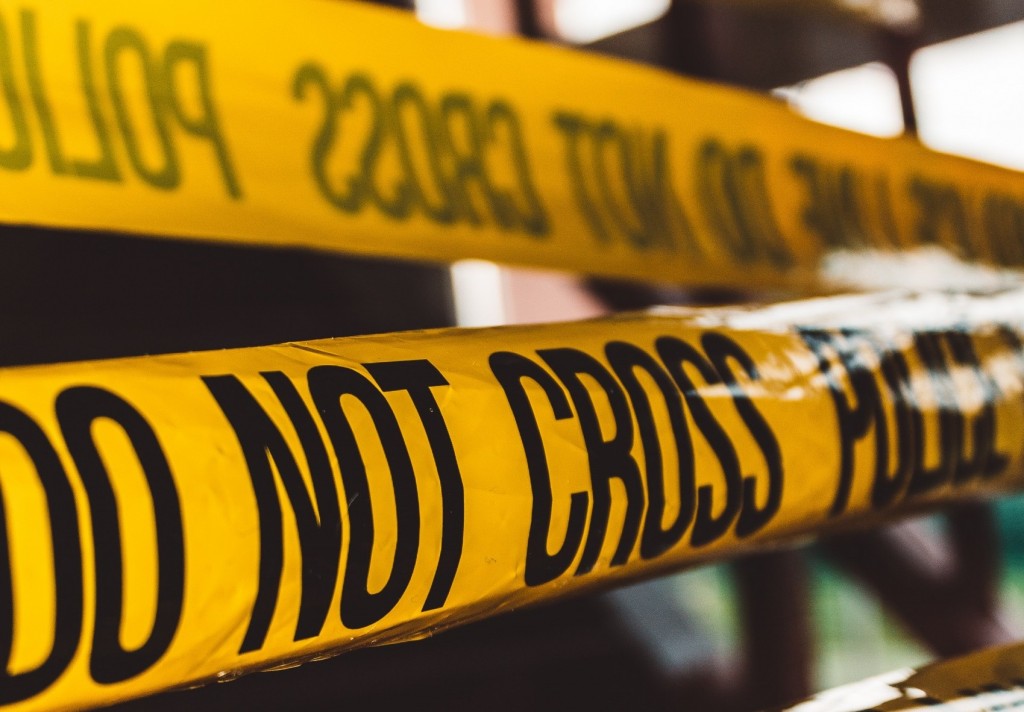 This is how the idols affect their fans: when a team wins; the fans send them into ecstasy, but when they lose, they may sink into despair.

Have you ever felt this way as a fan? That's for sure!

When their attraction turns into obsession, news in the past proves that some celebs were killed by their own fans.

There's nothing wrong with being impressed by people who are good at things like acting, singing, dancing, and sports. Do you agree with that point? For sure.

So, in this article, it will show you that dangerous fans showed the wrong kind of love to these famous people or celebrities.

The Queen Of Tejano 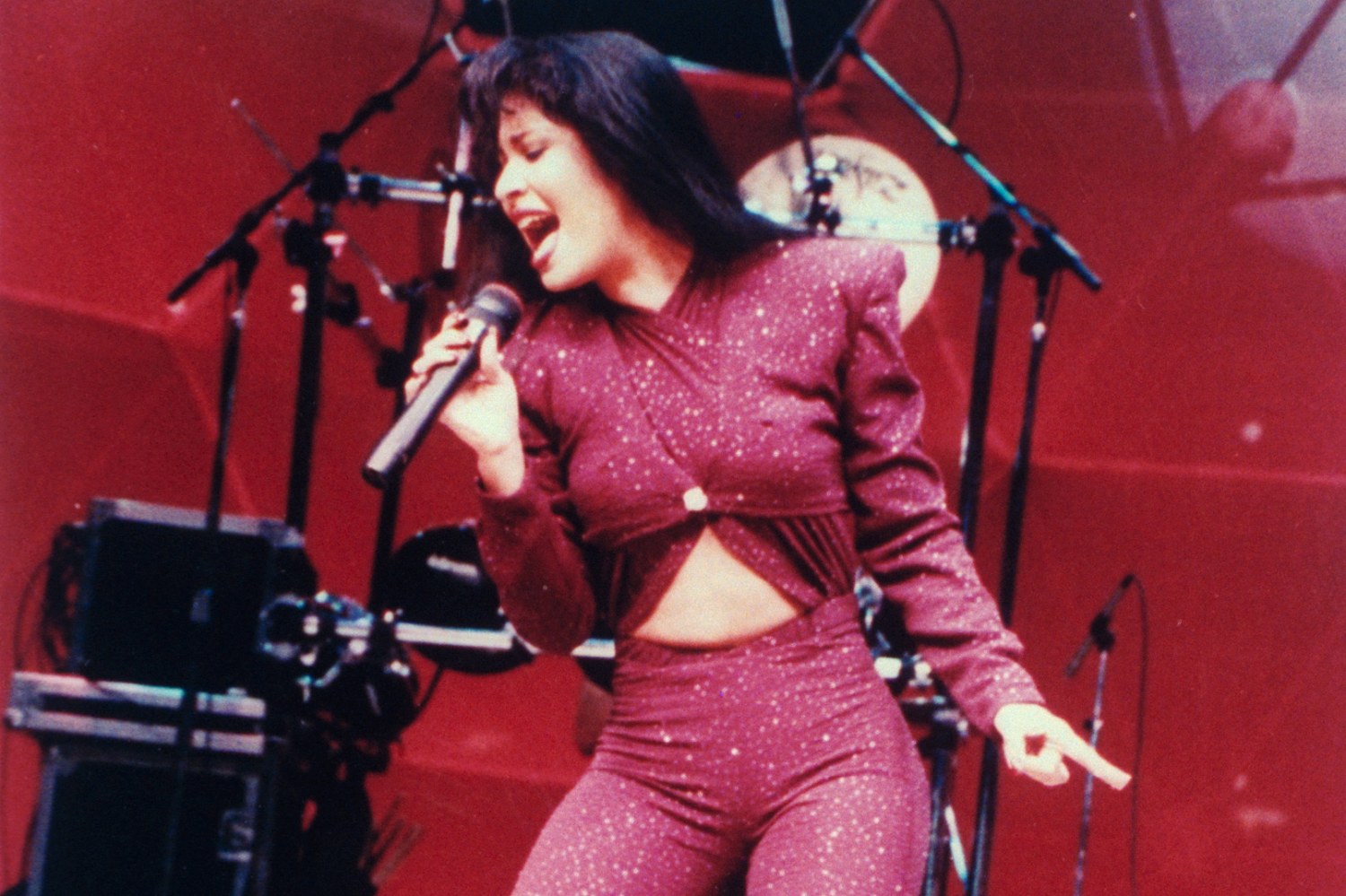 Selena Quintanilla Pérez is an American singer and fashion designer who is also known as the "Queen of Tejano."

She was one of the best-known Mexican-American performers of the late 20th century because of her work in music and fashion.

Selena started singing when she was six, and when she was nine, she became the lead singer of the new band, Selena Y Los Dinos.

The Queen of Tejano was playing with her older brother Abraham III (AB) on bass guitar and her older sister Suzette on drums.

Quintanilla Pérez had a lot of success, but one of her biggest was when her album "Selena Live!" which had won the Grammy for Best Mexican/American Album at the 36th Annual Grammy Awards in 1994.

She was the first singer of Tejano music to win this award.

But her fame and musical talent ended when Yolanda Saldivar shot and killed her at age 23 on March 31, 1995.

Yolanda Saldivar is the president of her fan club. When she met with her to talk about missing financial documents, Saldivar shot and killed her.

Several sources say that Quintanilla Pérez did not survive the fatal wound and was pronounced dead at 1:05 p.m. She was only 23 at the time.

A report confirms that Saldivar and the police fought for nine hours before Saldivar gave up.

The murderer was given a life sentence and is said to have spent most of it in solitary confinement for her own safety.

The news of Selena's death hurt the Latino community a lot. That's for sure.

People went thousands of miles to see her home, stores, and the crime scene.

At the same time, churches with substantial Latino congregations offered prayers in her honor. 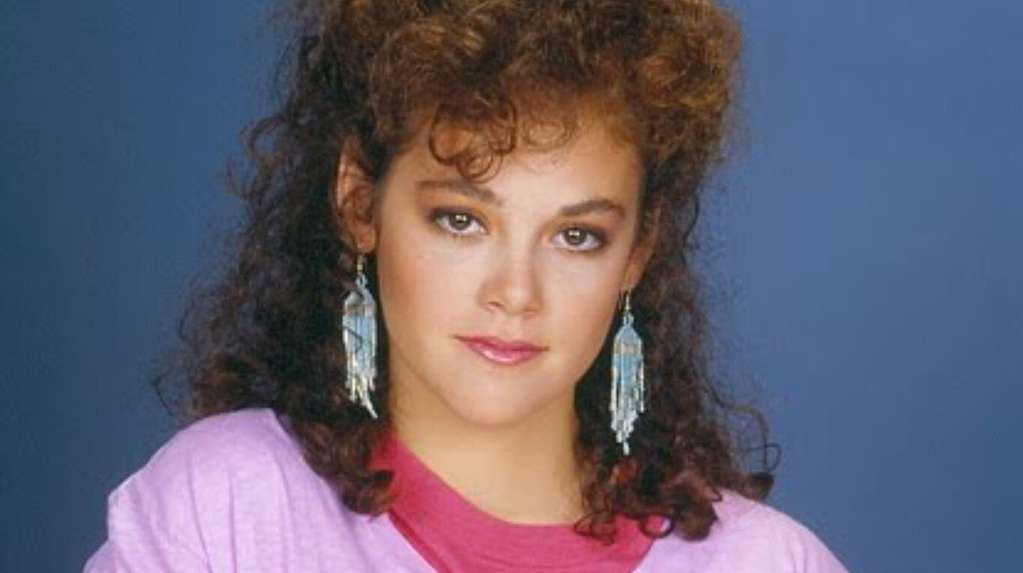 In a dark blue background, Rebecca Schaeffer poses with a serious face and her wavy brown hair

Rebecca Lucile Schaeffer worked as an actress and model in the United States.

Rebecca started modeling when she was 16 years old. She moved to New York on her own to start her career. Four months after that, she was modeling in Japan.

She was pretty enough to make the cover of Seventeen magazine.

She tried out for the part after being on the cover of "Seventeen" magazine, and the show's producers thought she was perfect for it.

She finally got a part in the 1986 show My Sister Sam, for which she was now best known.

On July 18, 1989, an unemployed fast-food worker in Tucson, Arizona, who was obsessed with her, killed her. At the time, she was just starting out as an actress.

For three years before the murder, an obsessed admirer called Robert John Bardo stalked Schaeffer, even sending her notes and attempting to meet with her on the set of her sitcom.

The person who killed her was found guilty and given a life sentence.

In 1990, the United States passed the first laws against stalking because of Rebecca's death.

The state of California changed its stalking laws so that the Department of Motor Vehicles can't give out private addresses.

It was done after Rebecca's killer admitted that he got her address from the Department of Motor Vehicles (DMV).

The photo below shows the face of Robert John Bardo when he is under investigation. 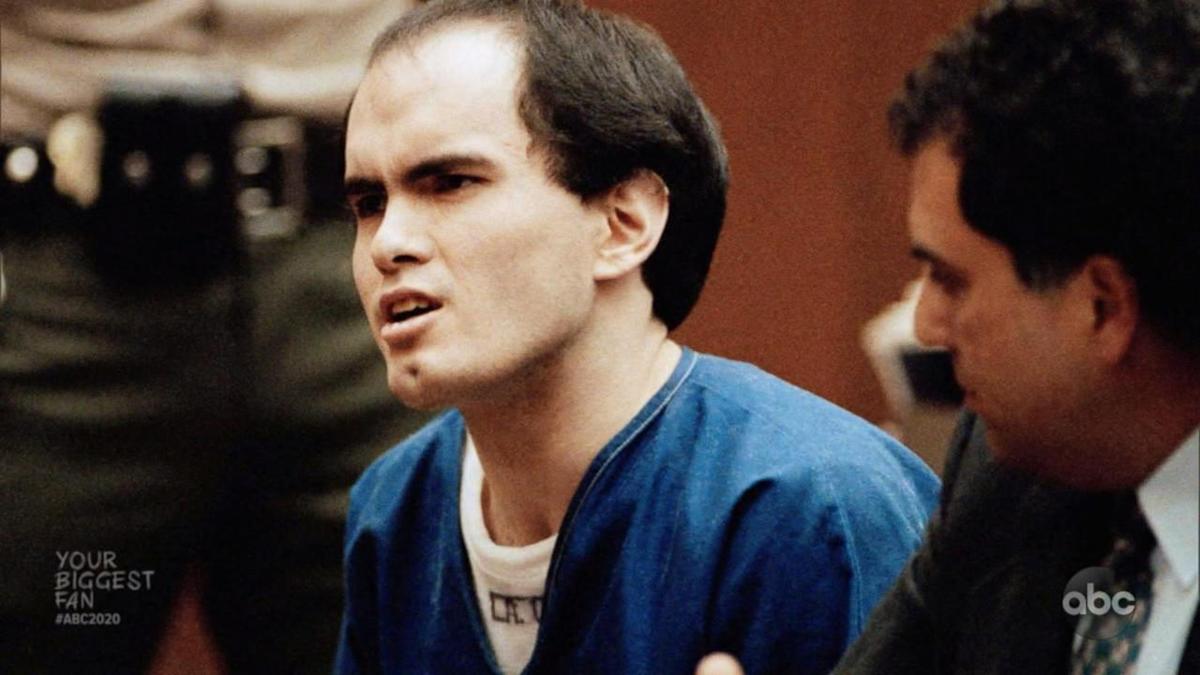 Robert John Bardo is wearing a blue shirt during the trial

Robert John Bardo did well in school, but he wrote his teacher's scary letters. He was taken to the hospital twice because he had "severe emotional injuries."

When he was 16 and working as a cleaner in a fast-food restaurant, he started watching My Sister Sam in the fall of 1986.

Bardo became very interested in the character "Patti," who was played by Rebecca Schaeffer. In his room, he made a shrine dedicated to her.

Bardo began writing letters to her, just like millions of other fans.

Rebecca wrote back that his letter was the "most beautiful" she had ever gotten.

He also had videos of Rebecca's favorite TV shows, like Amazing Stories, My Sister Sam, and One Life to Live.

The janitor put dozens of glossy photos of the girl he wanted all over his room.

He wasted money by hiring a private detective to look for her and paid him $250.

It is wasted money because anyone can go to any of California's DMV offices, fill out Form 70, and say who they are, who they want information on, why, and how they plan to use it for as little as $1. 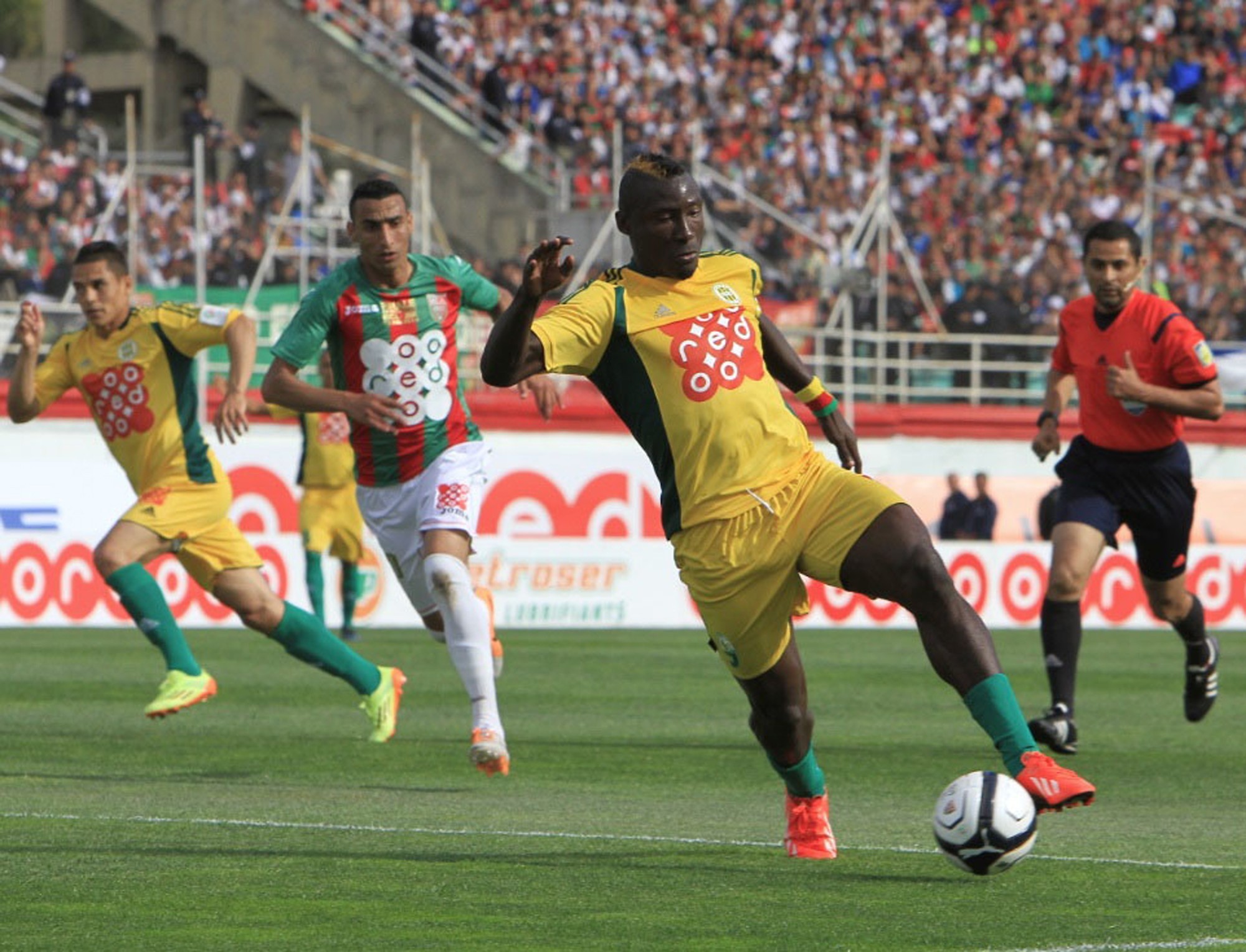 Albert Ebossé Bodjongo, or Albert Dominique Ebossé Bodjongo Dika to use his full name, was a Cameroonian footballer who played in Cameroon, Malaysia, and Algeria.

The answer to the question of whether football player Albert Ebossé was killed by an object that was thrown from the crowd or killed in the locker room is still up for discussion.

Albert Ebossé, a soccer player from Cameroon, is said to have been killed by fans on August 23, 2014, after a game in Algeria.

As his teammates reported, after they lost the fight to USM Alger, angry fans were throwing things at the players when something hit Ebossé in the head.

A recent autopsy showed that the Cameroonian footballer who was found dead had been beaten and stabbed to death in the locker room.

A week after the accident, the Algerian Minister of Sports said that a piece of slate was to blame for the fatal injury.

Here is what Mohamed Tahmi said in comments reported by the local media.

The piece involved is identical to objects found outside the stadium, it is a serrated piece of slate.

He also said that nearby construction work gave fans a lot of things to throw. 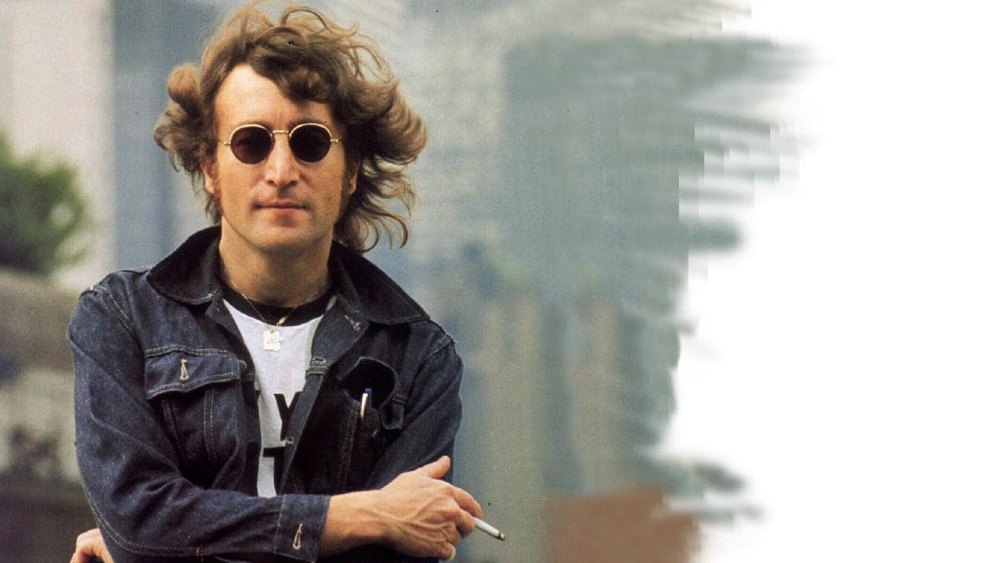 John Lennon is crossing his arms, wearing a sunglass, and holding a cigarette in his right hand

He became famous all over the world as one of the Beatles' founders, co-writers, co-lead singers, and rhythm guitarists.

In the end, they became the most successful songwriting band in the history of music.

Lennon quit the Beatles in 1969 and went on to make albums with Yoko Ono and others.

On December 8, 1980, an obsessed follower named Mark David Chapman took his life by shooting and killing him.

Chapman chose Lennon as his target for the sole reason that he believed that killing someone famous would bring him fame as well.

So, he went up to Lennon, asked him for an autograph, got it, and then came back later to kill him.

Chapman was discovered there reading J. D. Salinger's The Catcher in the Rye when police arrived at the scene.

Lennon was taken by police car to Roosevelt Hospital, where doctors immediately declared him dead. 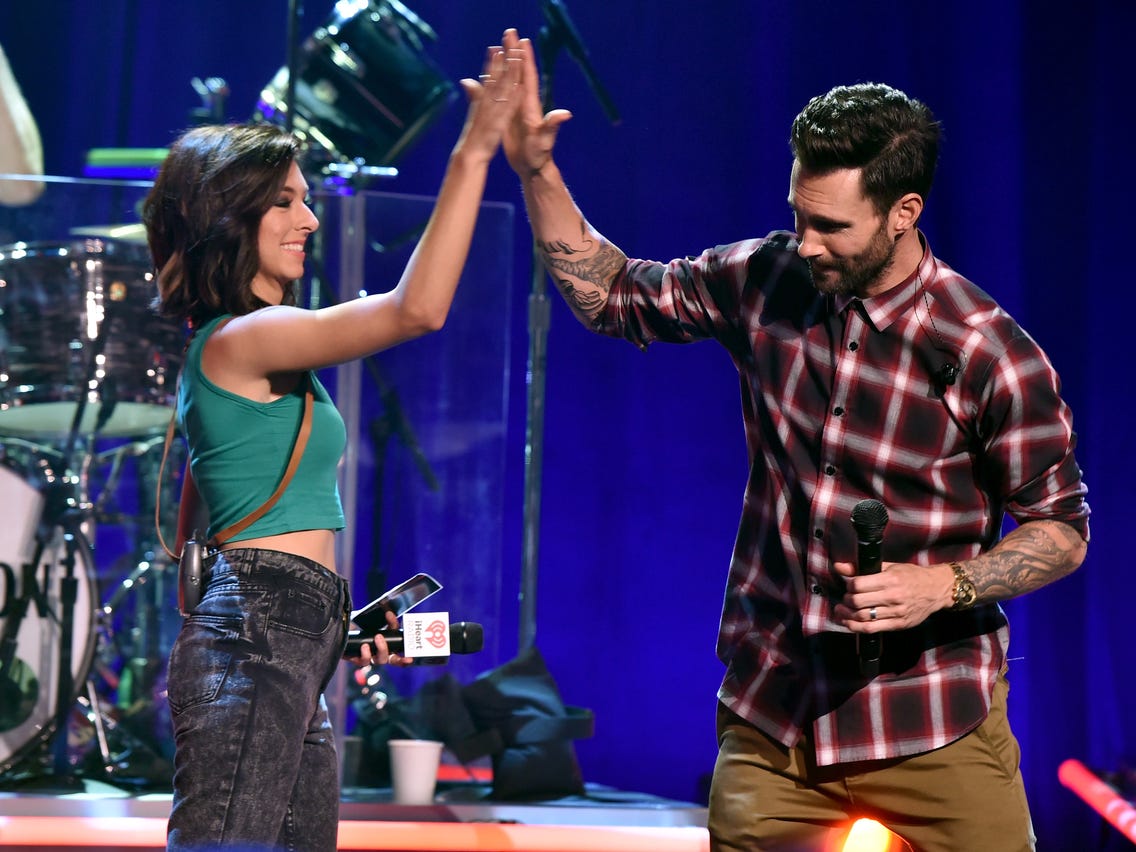 After their performance, Christina Grimmie and Adam Levine make a "high-five gesture" in front of the stage

She was a Marlton, New Jersey-based singer-songwriter who finished third in the sixth episode of The Voice. She was a teammate of Maroon 5 frontman Adam Levine.

Christina Grimmie, who is 20 years old, tried out for The Voice by singing "Wrecking Ball" by Miley Cyrus.

The coaches all gave her praise when she turned all four chairs around.

Christina picked Adam as her coach because he told her she could be a "huge star."

The rising 22-year-old star had just finished a concert at The Plaza Live on a Friday night.

She was on tour after becoming famous as a finalist on the NBC show "The Voice."

She was killed by a fan as she was signing autographs after the show. Kevin James Loibl, 27, pulled out a gun and shot her as she went to hug him.

Mark Grimmie, the singer's brother, tackled Loibl, but Loibl shot himself in the head and died.

Final Moments Before Singer Was Assassinated

What Celebrities Have Been Murdered?

What Famous Actor Killed His Wife?

Robert Blake is a former actor who appeared in the 1967 film "In Cold Blood."

Blake was prosecuted and acquitted of the murder of his second wife, Bonnie Lee Bakley, in March 2005, but was found guilty later on.

Blake took Bakley to Vitello's Italian Restaurant at 4349 Tujunga Avenue in Studio City, California, on May 4, 2001, for dinner.

Bakley was fatally shot in the head while sitting in Blake's vehicle, which was parked on a side street around the corner from the restaurant.

Has Any Celebrity Been A Serial Killer?

It's not unusual for murderers to become famous in some way these days.

Names like Jeffrey Dahmer, Ted Bundy, Aileen Wournrous, and John Wayne Gacy are as well-known as many Oscar winners.

What Actress Killed Someone In A Car Accident?

Jayne Mansfield, a blonde bombshell and a famous actress, died instantly on June 29, 1967, when her car collided with the back of a trailer truck on US Route 90 east of New Orleans, Louisiana.

All of the famous people who have passed away in the year 2020 are shown below:

Celebrities Who Died In Front Of Their Fans

Celebrities Who Died in Front of Their Fans

Do you agree, after reading this article, that having too much love for your fans is dangerous?

There are so many people out there that adore their idols and superstars.

If you are a fan and not cautious, this inspiration to be like famous people sometimes ends in death.

If you want to learn more about other celebrities who were killed by their own fans, you can do a Google search.