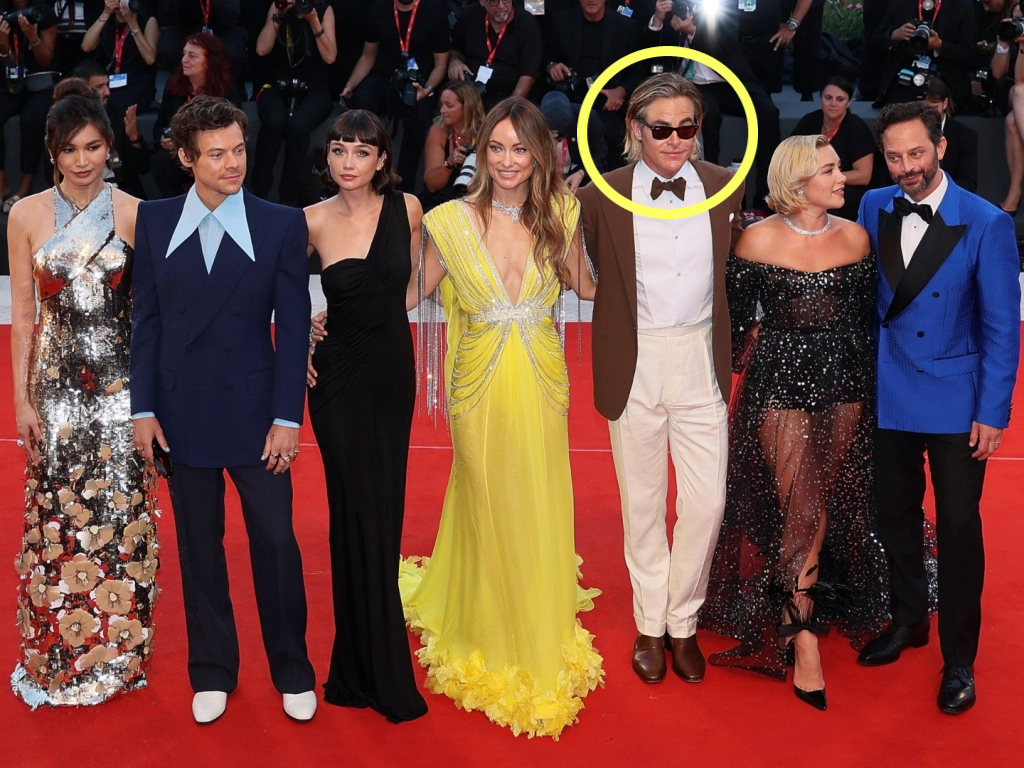 Chris Pine at the “Don’t Worry Darling” premiere is the new viral meme with his blonde shoulder-length bob and "choose peace" attitude.

A little more than a week has passed since the opening of the 2022 Venice Film Festival, and one movie has dominated most of the discussion not because of its photography, editing, or narrative, but rather because of alleged behind-the-scenes turmoil that has stolen the show.

The film, which also stars Florence Pugh, Harry Styles, Chris Pine, Gemma Chan, and Wilde herself, had its festival premiere on Monday (September 5, 2022) and will go on general distribution on September 23. The fictional Californian town of Victory, where the movie is set, was founded in the 1950s.

The married pair, Alice and Jack, who are portrayed by Pugh and Styles, reside in the town that Jack's employer developed. Tensions start to build up between Alice and her new neighbors as she tries to understand more about her neighborhood.

According to reports, there was friction throughout the film's development, and internet rumors ran rampant after the performers' encounters at Venice. According to Nicholas Baer, assistant professor of media, arts and society at Utrecht University,

some aspects of the unfolding interpersonal drama definitely appear like an unwieldy mess.

Therefore, even if it can be difficult to determine whether something is purposeful, it's a blend of deft image manipulation and "genuine" drama.

Chris Pine was quietly stealing the show and controlling the memes while everyone's attention was on Florence Pugh and whether or not Harry Styles and Olivia Wilde would actually pose for a photo together (they did not). 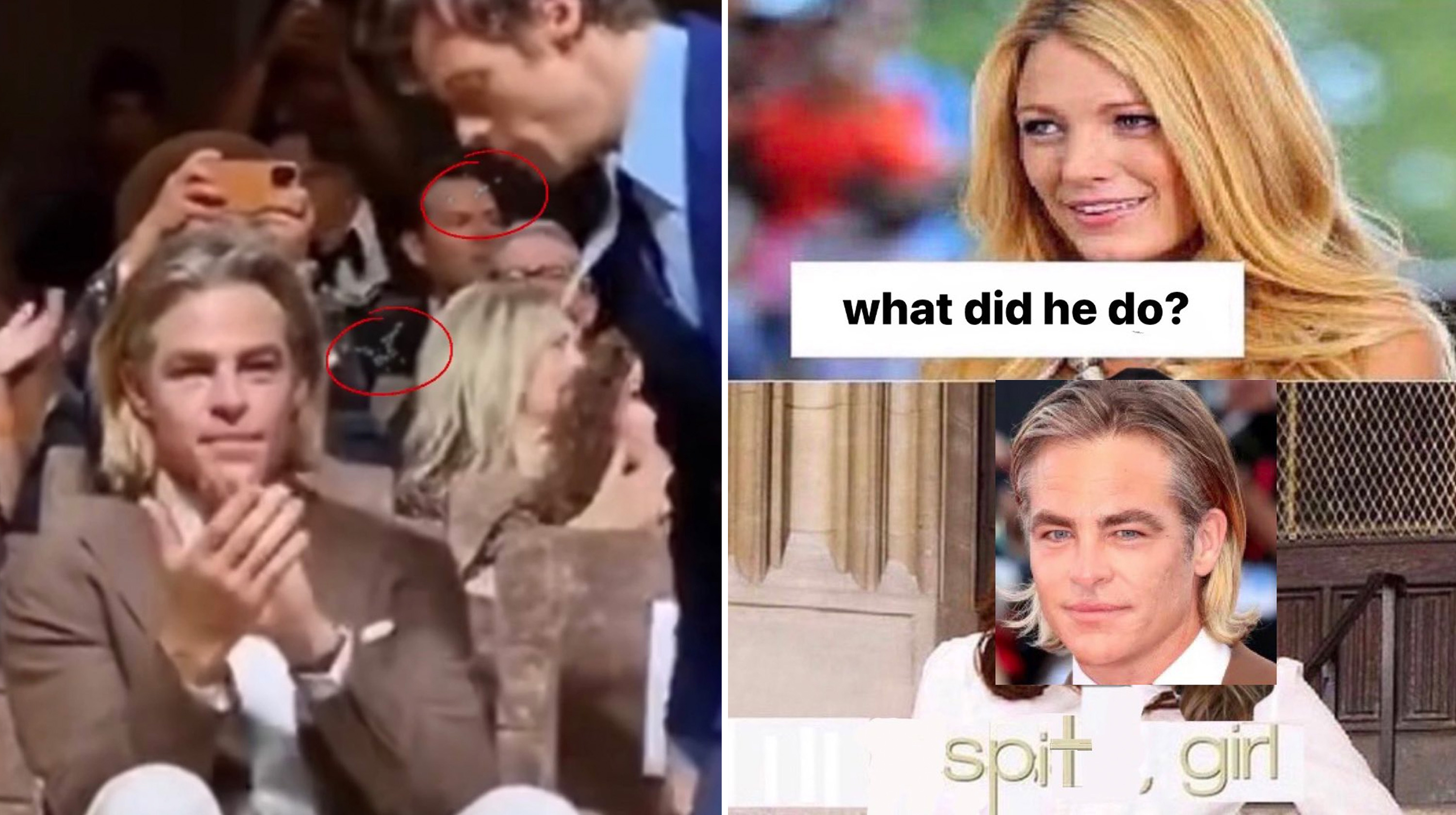 Chris Spine sitting and Harry Styles spitting beside him; Chris and Olivia meme

From his emotions at the press briefing to how he seemed to completely lose focus during one interview with Harry Styles. Even down to his charming red carpet exchange with Florence, in which he said, "You're doing wonderful, honey!"

The following is a three-part story recounted using online memes, as presented by Chris Pine at the Don't Worry Darling premiere in Venice.

On Monday, as the film had its festival debut in Venice, Twitter was a hive of discussion as observers combed through every aspect of the film for additional tidbits of rumors, examining everything right down to the cast members' seating arrangements. However, Pine, who has been working extra hard on his charmingly detached air as chaos erupts all around him, was the night's unsung hero.

Videos of Pine sitting down for the movie screening went viral because some viewers thought they showed Styles spitting on Pine; Styles denied it and Pine's representatives called it "ridiculous," but what people DO know is that Pine just grinned and chuckled at whatever had happened.

Perhaps spitting? Naturally, everyone was in a frenzy. 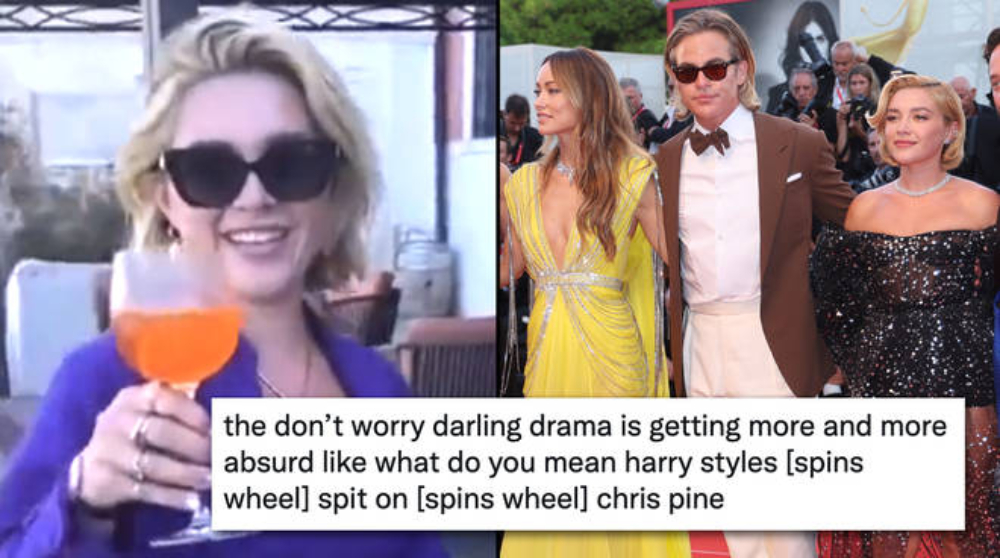 Chris Pine at the “Don’t Worry Darling” premiere is the new viral meme with weird and funny reactions. You can check out some of the comments about Chris Spine's memes.

"Why does chris pine look like he’s about to unwillingly train some tributes for the 74th hunger games rn."

"Chris Pine rethinking his entire life decisions that lead him to this point."

Me realizing that i will, in fact, watch a forty minute video investigating whether or not harry styles spat on chris pine at the don't worry darling screening in the near future.

"Chris Pine at the Venice press junket is me in every staff meeting."

"Chris pine is all of us on every work call the day after a 3 day weekend."

"You can almost see the screams catching in his throat."

"Poor Chris Pine looks like he’s rather be anywhere else on the planet."

"Chris Pine sweetie i’m gonna get you out of there." 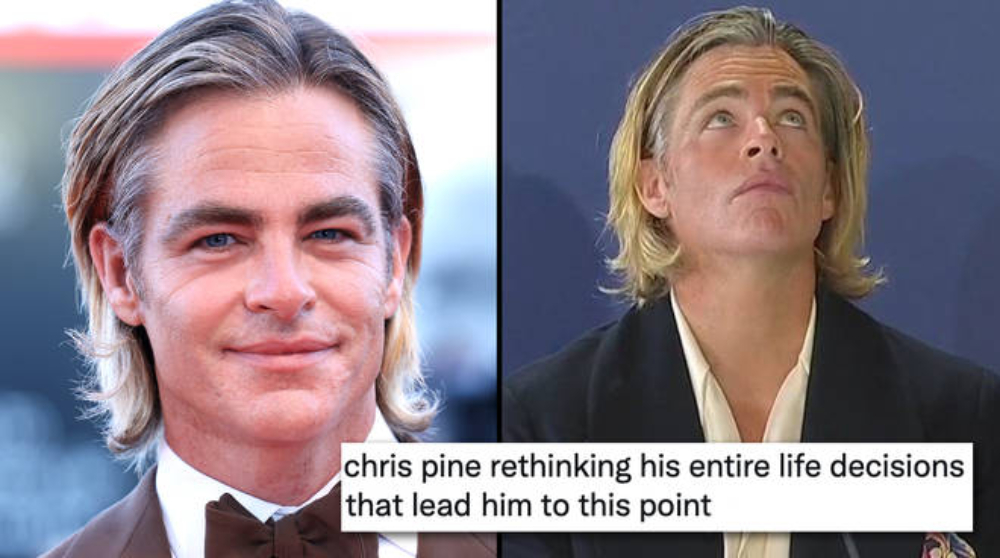 What Is The Famous Chris Pine Meme?

The famous Chris Pine meme is that in which he loses focus during an interview. He is just looking upwards and it looks like he is thinking, "why is he even here?"

Why Was Chris Pine At The Venice Film Festival?

Chris Pine was in Venice for the premiere of his film "Don't Worry, Darling."

Chris Pine at the “Don’t Worry Darling” premiere is the new viral meme and the internet is still trying to figure out Harry Styles' response to being asked about working on the movie while he is dating Wilde, "The thing I enjoy about the movie is that it seems like a movie."

Chris Pine's response to this situation gave rise to memes that would inspire many more in the future.