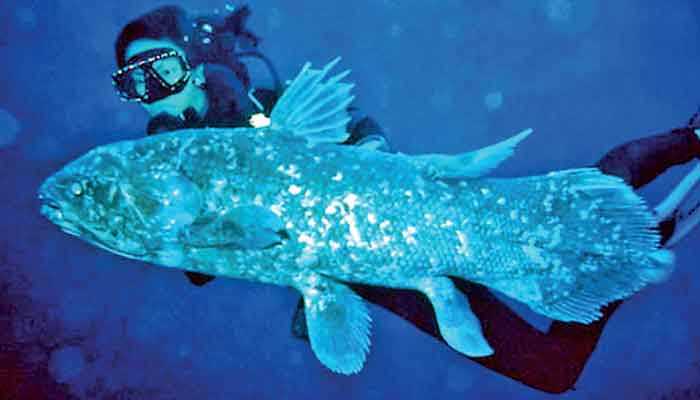 Thought to have gone extinct during the Late Cretaceous period, around 66 million years ago, coelacanths were discovered off the coast of South Africa in 1938 and have since been extinct. For a long time, the coelacanths were regarded as "living fossils." However, 500 kilometers off the coast of South Africa, two divers came face to face with one. 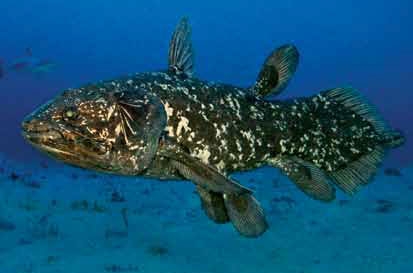 Coelacanths are connected to lungfish and tetrapods (which includes amphibians, reptiles, birds, and mammals) rather than ray-finned fish. They are found throughout Indonesia and the Indian Ocean. The West Indian Ocean coelacanth is threatened.

These fossils of coelacanths date back over 410 million years. Coelacanths were thought extinct 66 million years ago but were discovered off the coast of South Africa in 1938.

With no living relatives of its taxon, scientists concluded the coelacanth was a "living fossil" that evolved into its current shape 400 million years ago.

Why Did People Think That The Coelacanth Was Extinct?

In the past, scientists referred to the coelacanth as a "living fossil" because they believed it was the only living member of a taxon that had previously only been known from fossils and had no living relatives, and that it had evolved into its current form approximately 400 million years ago.

Some Reddit users have a really good discussion over this.

"They were first discovered to be still around instead of having gone extinct millions of years around when a scientist saw one in a fish market. The locals had been eaten them as bycatch." -TheSecretMe

"Wait till the Chinese find out" -LordBeerus_Dstry

"The oceans are 10% explored. Imagine how many extinct things are actually not extinct." -oldguykicks

"Imagine what cool shit we'd find if we drained the ocean floor?" -ptrixz 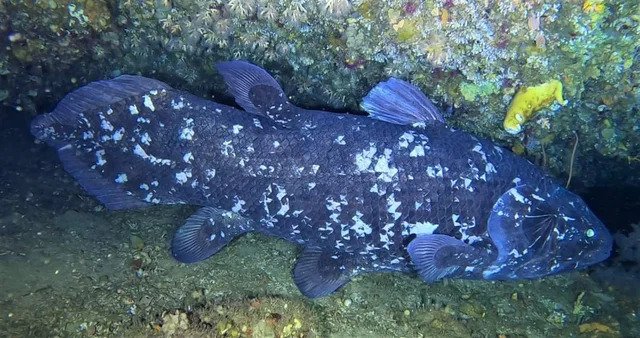 When Was The Coelacanth Rediscovered?

It wasn't until 1938 that a live coelacanth was discovered. Coelacanths were previously only known from fossils, but in 1938, a living Latimeria chalumnae was discovered off the coast of South Africa, bringing the species back to life. The dinosaurs were thought to have died out in the late Cretaceous period, around 65 million years ago, however, this was proven to be false. Specimens of Latimeria menadoensis, the world's second alive coelacanth species, were discovered in an Indonesian market in 1997, and a live specimen was captured the following year.

Some Interesting Facts About Coelacanths

A better understanding of the transition from water to land may be aided by studying coelacanths. A recent examination of the coelacanth genome shows that lungfish are more closely linked to tetrapods than previously assumed. Tetrapods are four-legged, land-dwelling animals, while coelacanths are lungfish, according to the findings. It is estimated that the divergence of coelacanths, lungfish, and tetrapods occurred approximately 390 million years ago. Coelacanths may represent a branch of the vertebrate lineage that is closely related to but separate from, the ancestor of tetrapods, according to certain theories.

Coelacanths move in a manner that is distinct from other animals. The coelacanth's four fleshy fins, which extend away from its body-like arms and move in an alternating rhythm, are one of its most distinguishing characteristics. A tetrapod walking on land would move its forelegs and hind legs in the same manner as the movement of alternately paired fins in the water.

Their jaws are movable, allowing them to expand widely. The coelacanth has an intracranial joint, which is a hinge in its skull that allows it to extend its mouth extraordinarily wide in order to ingest enormous prey. This is a feature that no other living animal possesses.

They do not have a backbone but instead have a notochord. Coelacanths are characterized by the presence of an oil-filled notochord, which is a hollow, compressed tube that functions as the animal's backbone. In nearly all other vertebrates, during development, the notochord is gradually replaced by the vertebral column.

They have a feeling of electricity. Each coelacanth's rostral organ is an electrosensory system that is housed within its snout. Electroreception is most likely used by them to avoid obstacles and detect prey, according to some theories.

Their brains are very little. The brain of a coelacanth takes up only 1.5 percent of its total cranial cavity space. There is a lot of fat in the rest of the braincase.

The birth of live young is a characteristic of coelacanths. Feminine coelacanths give birth to live offspring after a very long gestation period, which can last up to three years.

The nocturnal nature of their existence allows them to spend their days in caverns. At night, coelacanths hide in caves and crevices to keep warm. These daytime resting spots are visited by them only once a day in the late afternoon to feast on fish and cephalopods. Coelacanths are passive drift feeders, drifting lazily along the ocean bottom and moving around with the current and their flexible lobed fins to find food. A group of them may travel up to eight kilometers during their midnight feeding excursions before retiring to a cave before the sun comes up. More than a dozen coelacanths may seek refuge in the same cave at the same time, and they do not appear to be aggressive toward one another in their interactions.

Moreover, they are unpalatable. It is believed that coelacanths are not eaten by humans or most likely other fish-eating animals because their flesh contains high levels of oil, urea, wax esters, and other substances that give them a nasty flavor and might cause disease. Aside from that, they're slimy as well; not only do their scales leak mucus, but their bodies release copious amounts of oil.

A significant component of the coelacanths research is the fact that it is one of only two living lobe-finned fish families that represent deep and evolutionarily informative lineages in relation to land vertebrates. The other is the lungfish, which has a massive genome that makes it hard to sequence at this time due to its size.