For those of you who don’t know the Daleks are a fictional extra-terrestrial race of mutants best known for their starring role in Doctor Who.

They first appeared in the 1963 Doctor Who serial The Daleks and were first conceived by science-fiction writer, Terry Nation. 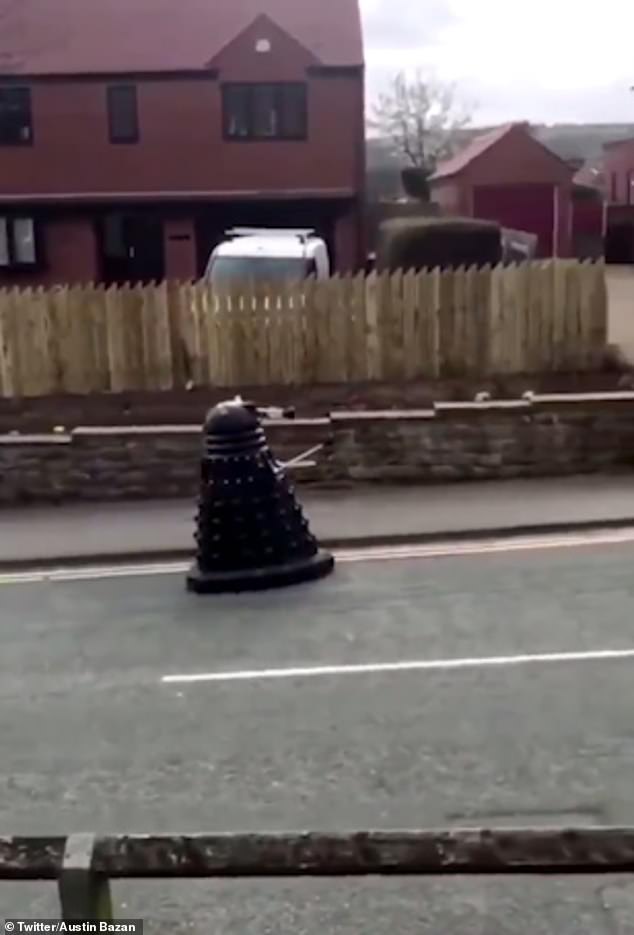 They are peculiar looking fellows, their shells designed by Raymond Cusick and you’d usually be hard-pressed to find one roaming the streets but amid coronavirus lockdown it seems one Dalek has taken it upon itself to patrol a small village in Robin Hood’s Bay, North Yorkshire to enforce self-isolation.

“All humans remain indoors, all humans will self isolate by order of the Daleks” 🤣 #dalek #doctorwho pic.twitter.com/hP4af9m4oo

As it was filmed going past houses in a quiet and empty street in the small village, the Dalek could be heard saying: “All humans will self-isolate by order of the Daleks”.

The video was shared to Twitter by a resident who filmed the sight and has since been reshared by Tayside Police in Scotland to reiterate the government’s advice to stay inside.

In a tweet Tayside Police said: “Our colleagues in Skaro Division have deployed their Direct Action Local Enforcement Kops to ensure everyone is following the guidelines about isolation and social distancing”.

“We recommend everyone uses their Totally Awesome Rightly Distanced Isolation Systems to comply”.

Our colleagues in Skaro Division have deployed their Direct Action Local Enforcement Kops to ensure everyone is following guidelines about isolation and social distancing. We recommend everyone uses their Totally Awesome Rightly Distanced Isolation Systems to comply. https://t.co/dUvdW7TAPZ

We like what they did there – ‘Direct Action Local Enforcement Kops’ or DALEK and ‘Totally Awesome Rightly Distanced Isolation Systems’ or TARDIS.

The planet Skaro is also where the Daleks come from and Davros created them and is their over-arching leader.

The light-heartedness is very much welcomed, and the Dalek patrol has certainly created a bit of a stir on social media.

The clip has already racked up millions of views and plenty of shares.

We just wonder whether there will be a daring Doctor Who stepping in to try and stop them – as they may well be using their self-isolation patrol as a guise for taking over the universe (or so, the story goes).

One Twitter user echoed this saying: “Am I the only one to feel a genuine shiver of fear watching this? As a child I would most certainly have been hiding behind the sofa. And if a Cyberman came marching down the road, that would be it, I’d be running for my life!”.

A second commented: “I would’ve said that’s a sure-fire way of maintaining social distancing. Anyone over 40 who watched Doctor Who through their fingers will be giving you a wide berth”.

While a third added: “Wildlife is finally returning to Britain’s streets. Nature is healing”.

Hmm, not too sure I’d be as quick to categorise a Dalek as ‘wildlife’ but it’s certainly a ‘wild’ self-isolation enforcement idea and I’m all for it.