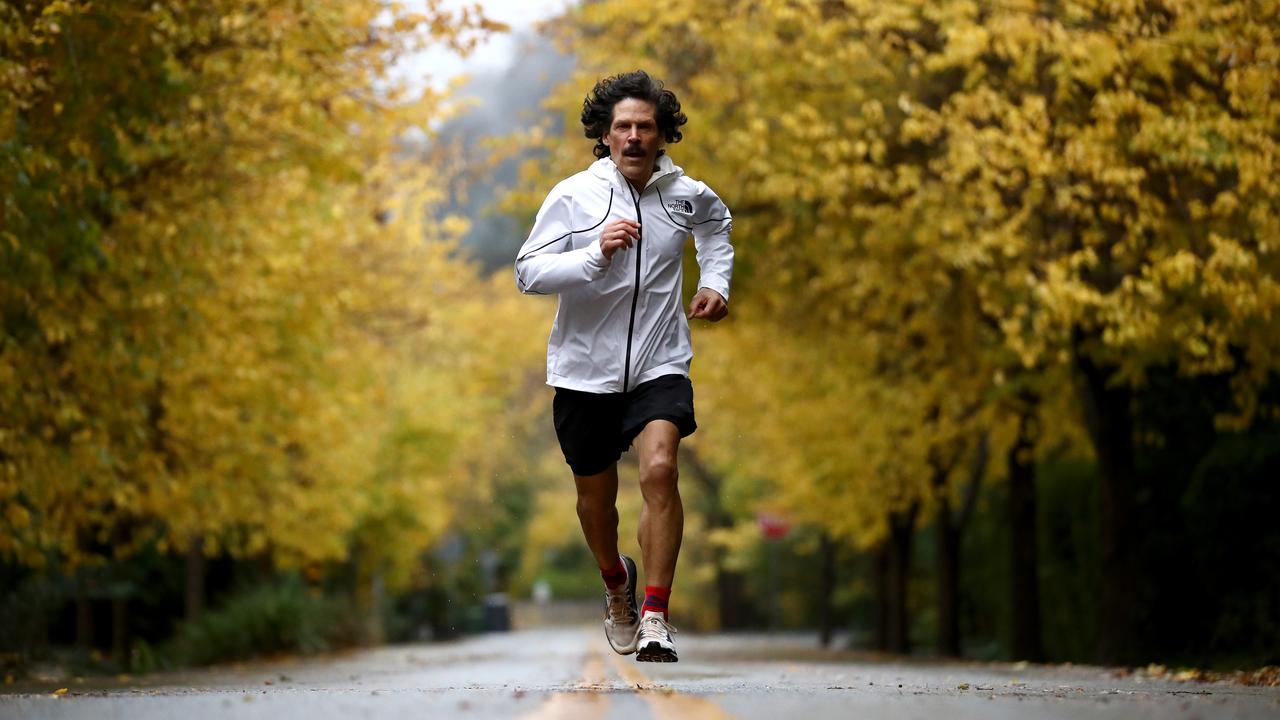 350 miles is the furthest a single individual has ever run without stopping for any reason.

He did not pause for anything during his 80 hours and 44 minutes of nonstop running, not even to sleep or eat. The new record for the world.

"Run when you can, walk if you have to, crawl if you must; just never give up." 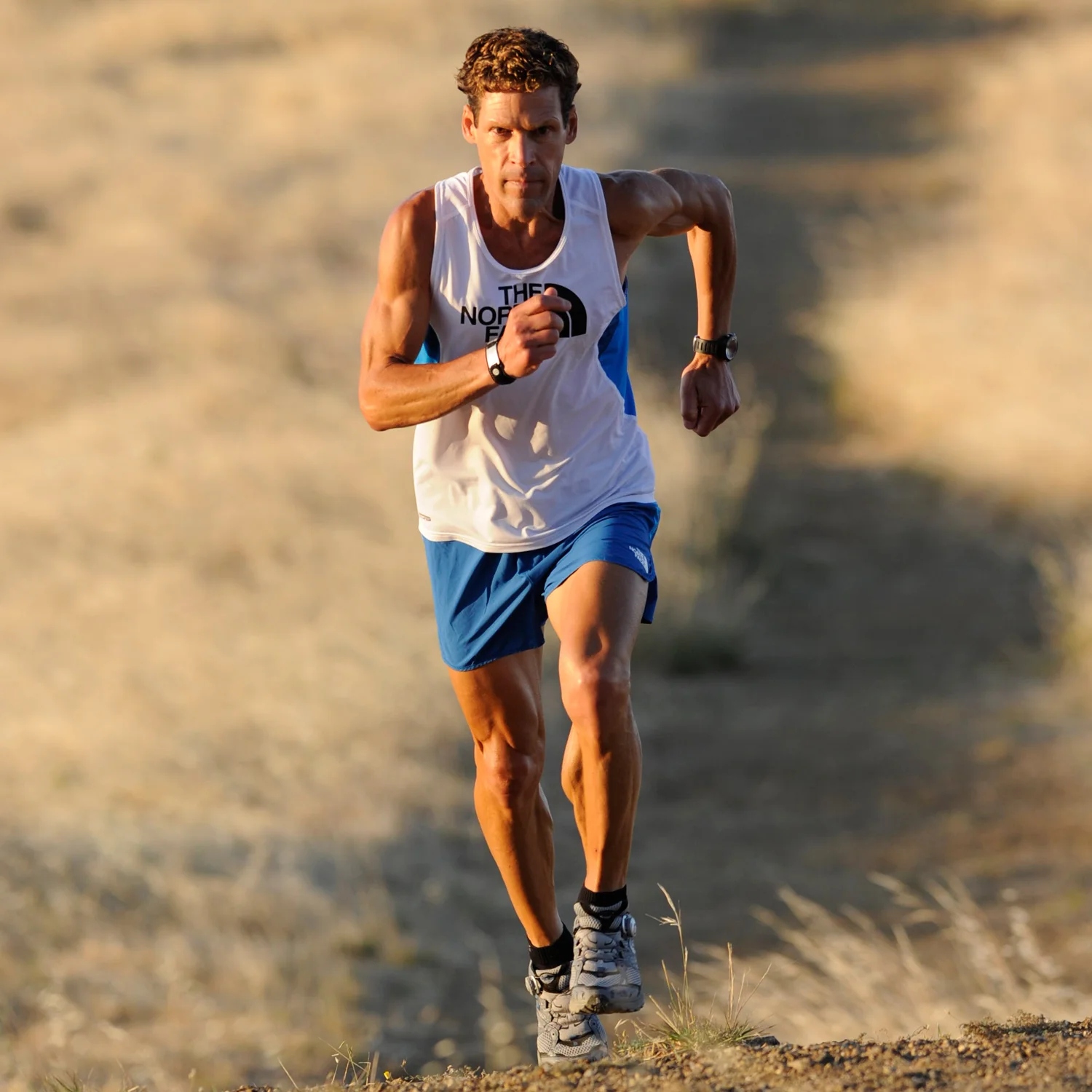 With the publication of his book Ultramarathon Man: Confessions of an All-Night Runner, Dean Karnazes, also known as the "Ultramarathon Man" and the "Perfect Human," helped to promote the sport of ultramarathon running.

Dean Karnazes has pushed the boundaries of what is humanly possible for both his body and his intellect, and as a result, he was recognized by TIME magazine as one of the "100 most influential people in the world."

He has completed a run all the way to the South Pole and has also raced a marathon in Death Valley in the middle of summer.

On ten different occasions, he ran a 200-mile relay race against teams of twelve people by himself.

His list of competitive accomplishments includes winning the World's Toughest Footrace and the Badwater Ultramarathon, as well as winning the 4 Deserts Challenge, which required him to compete in the world's hottest, driest, windiest, and coldest locales.

Dean is a popular speaker and panelist at a wide variety of running and sporting events all around the world. His book was a New York Times bestseller.

The President's Council on Sports, Fitness, and Nutrition gave Karnazes the Lifetime Achievement Award for all he has done.

His most recent book, which has already become a bestseller in The New York Times, is titled "A Runner's High".

Karnazes is not only an investor but also an entrepreneur, and he sits on the boards of directors of a number of different start-up companies, such as NIX Biosensors, OutFit, and Speedland.

What Is Dean Karnazes' Age?

Karnazes is 59 years old at this point. On August 23, 1962, in the city of Los Angeles, California, Nick and Fran Karnazes, who were both of Greek heritage, welcomed their son into the world.

He is the only one who survived. He has a brother named Kraig and a sister named Pary, but she was killed in a vehicle accident when she was 18 years old.

Julia, who was Karnazes' high school love, is now his wife, and the couple has two children together.

Karnazes does not consume nearly as much bacon as the typical Paleo follower does. Instead, it focuses on consuming a lot of fruits (a LOT of fruits), vegetables, fish that live in cold water, and yogurt.

If he consumes any meat at all, it is organic, free-range bison that is typically cooked to a state that is so rare that it could be considered tartare.

Runner Dean Karnazes has amassed a net worth of $1.2 million throughout his career. 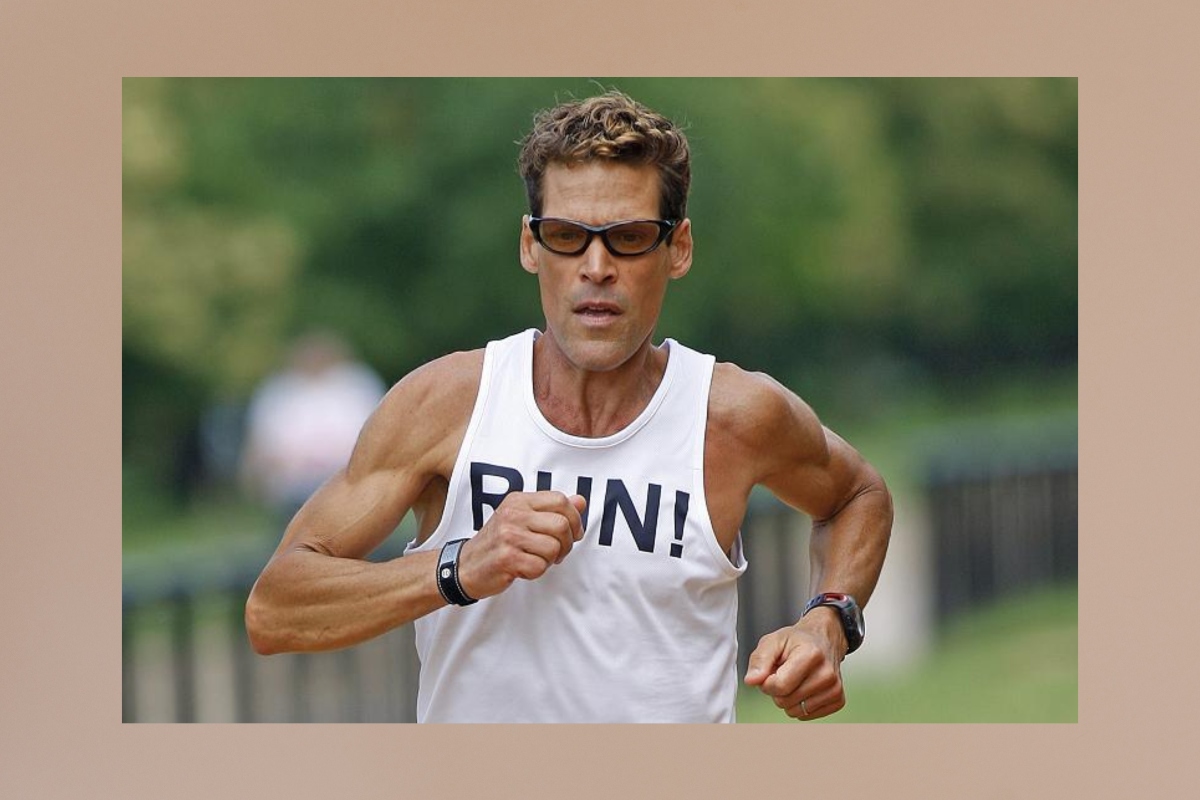 Dean Karnazes wearing a white shirt the word Run! as a design

How Did Dean Karnazes Start Running?

Karnazes got his start in running when he was in kindergarten and would do it on his way back and forth between school and home.

At the age of 11, he was hiking in places like the Grand Canyon and Mount Whitney, and by the time he was in third grade, he was competing in organized running events.

Karnazes decided to surprise his grandparents on his 12th birthday by pedaling the forty miles to their house, but he kept the trip a secret from his parents.

Karnazes revealed, "My earliest childhood recollections are from running home from school".

"I loved running as a youth and ran cross-country as a freshman in high school. We won the league championships and I decided that was as far as my running career could take me, so I quit."

Moving forward in time to the evening of his 30th birthday, he experienced a rebirth in his life as a runner.

"I walked out of a bar on the night of my 30th birthday and decided I was going to run 30 miles to celebrate. I blame my running career on bad tequila," he joked about his running career.

Which Records Does Dean Karnazes Hold In Running?

Karnazes is best known for setting the record for the person who ran for the longest time without stopping.

What draws him in are the physical and organizational obstacles presented by his exploits.

"I’m fascinated by difficult things. Combining running and adventure in unique and imaginative ways thrills me the way few other things do in life. Running is only part of the challenge, planning and resourcefulness play an equally critical role. You’re essentially recreating the wheel with each new endeavor", he said.

Karnazes's accomplishments in the sport of running include the following: 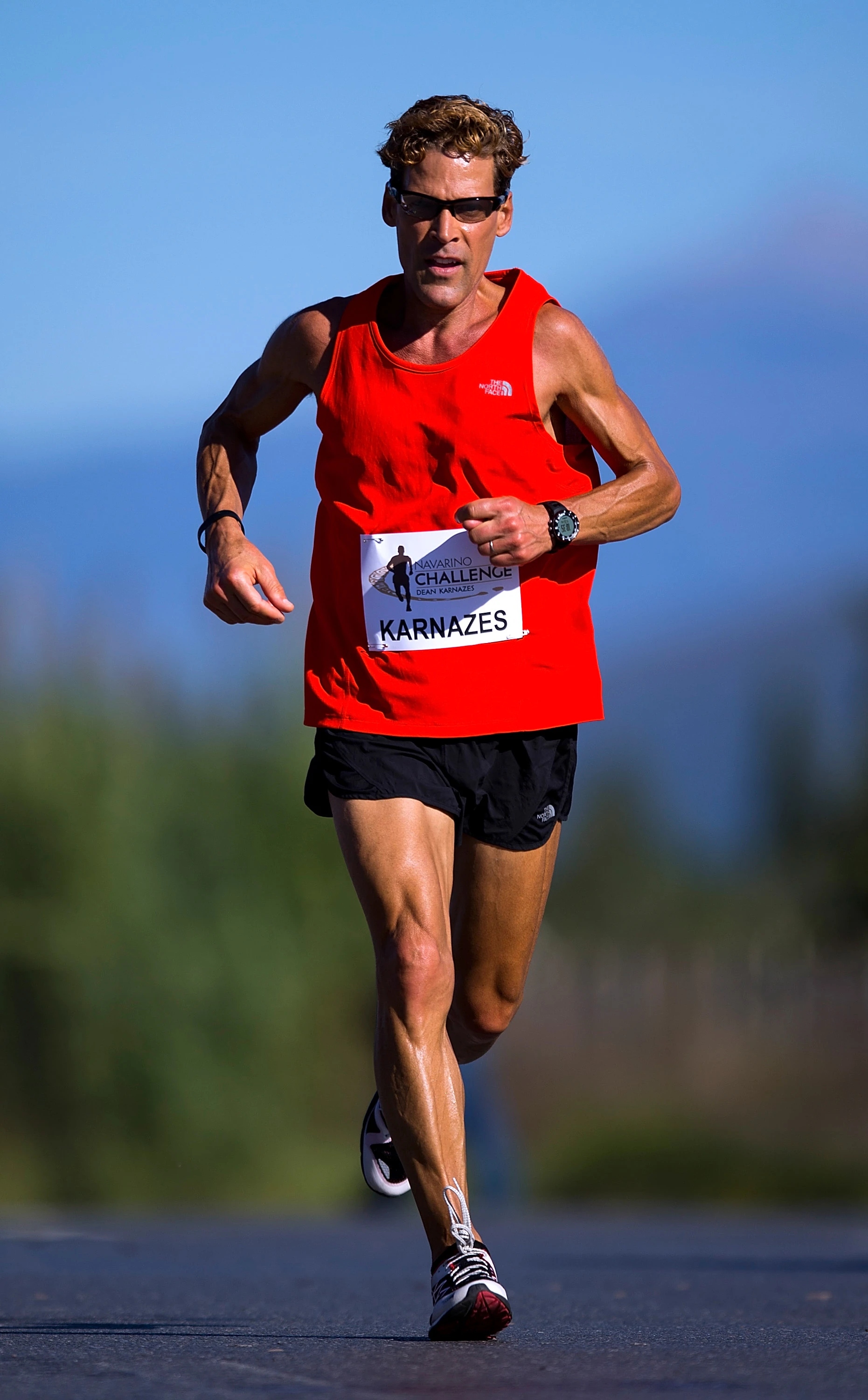 Karnazes was one of the swimmers that completed the crossing of San Francisco Bay. He has been recognized as the following:

GrapesThemInTheMouth said about Dean that he has some kind of disorder, "Is this the guy who has a genetic abnormality that means he doesn't get the same lactic acid buildup in his muscles meaning he can theoretically run forever (discounting sleep requirements)?"

Reddit user whereyouwannago shared some interesting information, "Yes! He said he actually feels better while running than just doing everyday stuff. He eats while running, (if I remember he needs 13000 cals/day), He had to train himself how to pee while running, and he does sleep while running. He said he just kind of "wakes up" sometimes and hes running in the middle of the road. (he usually runs on the shoulder for safety reasons.) Guys amazing."

Who Is The Longest Runner In The World?

The record-holder is Dean Karnazes, a well-known endurance runner who is not your typical sports personality. In an effort to push his body to its physical limits and raise money for pediatric organ donation, Dean ran 350 miles nonstop in 2005. And he finished the voyage in 80 hours and 44 minutes.

How Does Dean Karnazes Run So Much?

Even though years of training might help an athlete increase their lactic acid threshold, Karnazes' skills stem from his exceptional, natural capacity to flush his body during activity. He also thinks that his super-low body fat and high alkaline, paleo-style diet help him run faster than anyone else.

Do You Sleep During Ultramarathon?

100-mile ultramarathons frequently include racing through at least one night. Most Ultra-Trail du Mont Blanc (UTMB) finishers skip two nights of sleep before completing the route in the allotted 46 hours and 30 minutes.

Dean Karnazes, who is now 59 years old, continues to push himself to his physical and mental limits because he wants to be the best version of himself that he can be, and he believes that running is a medium that enables a person to measure themselves against themselves.