Deep Sea Sharks- The Most Bizarre Creatures Of The Sea 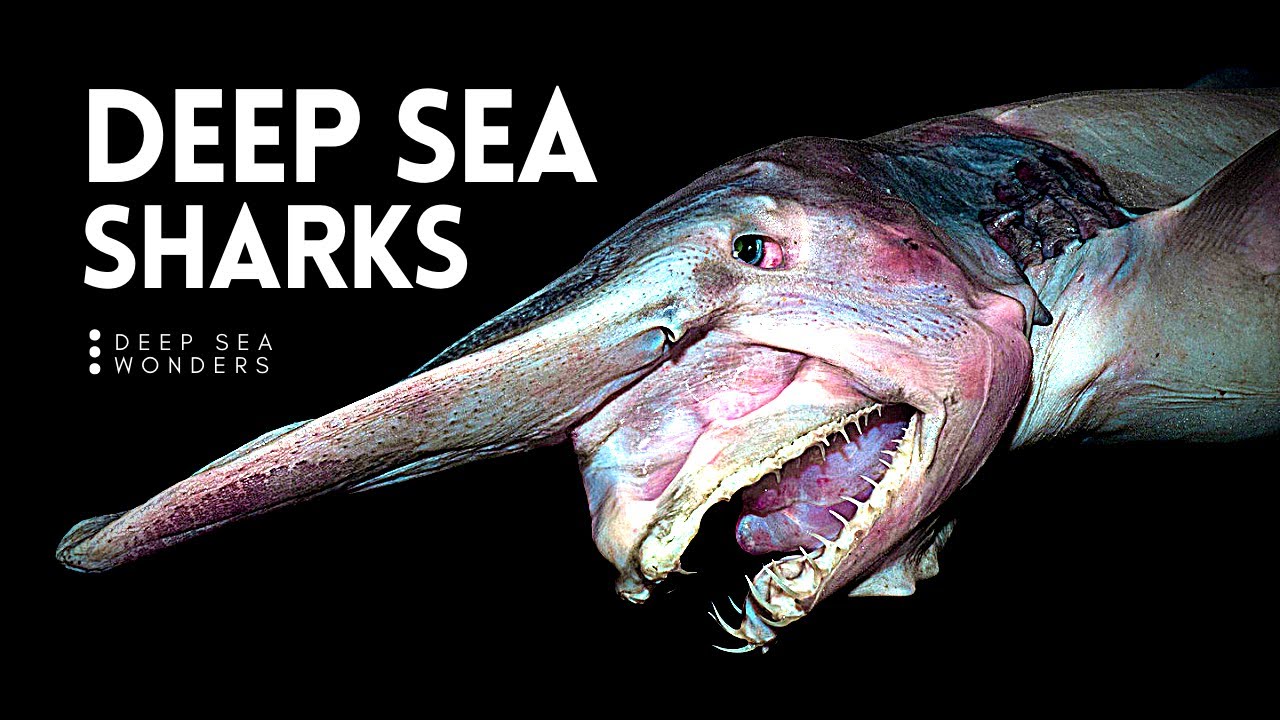 According to the ocean conservation organization Oceana, sharks living below 984 feet, or 300 meters, are considered deep sea sharks. Science is still learning about these intriguing creatures and according to Oceana, the scant knowledge available implies deep-sea sharks are at risk of decrease from fishing pressure. 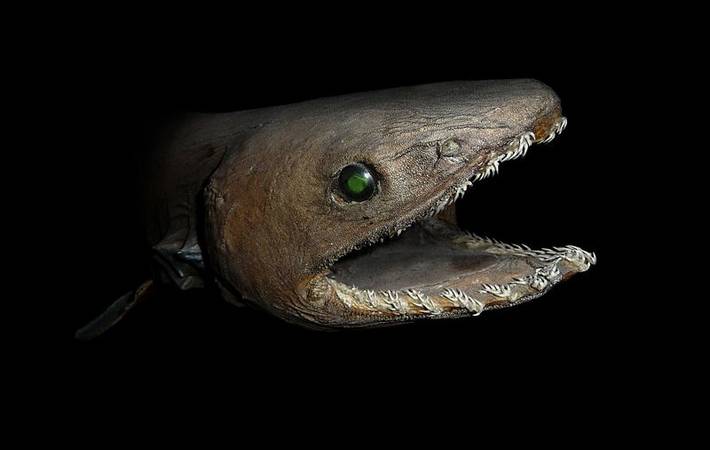 In the deep ocean, sharks comprise more than half of the more than 500 species of sharks that are still alive. It is impossible to include all of the shark species, however some of the more well-known groupings of species include dogfish sharks, cow sharks, gulper sharks, saw sharks, and lantern sharks, among others.

For the most part, this species' range is confined to aquatic bodies in the North Atlantic Ocean and the Arctic Ocean. According to current knowledge, the Greenland shark has the longest known lifetime of any vertebrate species (estimated to be between 250 and 500 years), and it is one of the biggest extant shark species.

As a result, some of the most bizarre and primitive sharks on the planet may be found deep within the oceans' deepest recesses, at depths that would be impossible to imagine. Many of these sharks dwell so deep in the ocean that they are very seldom seen and examined, and it's absolutely likely that there are even more sharks out there that have not yet been identified and investigated.

Due to a lack of sunlight reaching the deeper depths of the ocean bottom, temperatures at the lowest depths of the ocean bed drop dramatically. This results in greater cell size and a longer life span for organisms that survive in such conditions, resulting in their bodies growing in size on a continuous basis throughout their lifetimes.

Due to the fact that they are the sole living member of the family Mitsukurinidae, which dates back many millions of years, goblin sharks are commonly referred to as "living fossils." In addition to having a long, flat nose, they have projecting jaws that may reach all the way to the end of their snout when feeding.

Due to the similarities between their look and that of a goblin, they have acquired the nickname "goblins." Goblin sharks are normally between 10 and 13 feet in length, and they may be found in all major oceans around the world. Although they may reach as deep as 4,300 feet, they typically reside on the upper continental slope between 900 to 3,150 feet in elevation.

A tooth from a goblin shark was even discovered in an underwater cable that was 4,490 feet below the surface of the ocean. They are sluggish swimmers, and they hunt in ambush, preying on squid and small fish such as rattails and tadpoles. 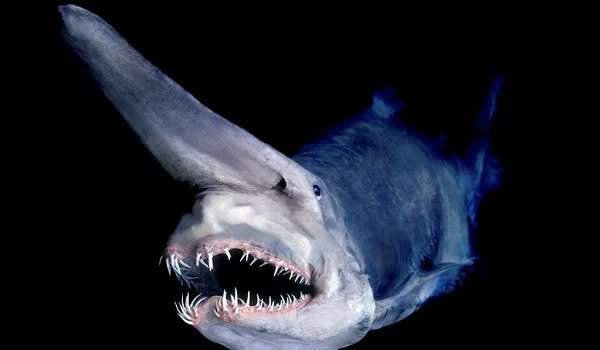 Greenland sharks are among the most remarkable sharks on the planet; not only can they survive at depths that are unthinkable to humans, but they also have the longest longevity of any shark, with estimates ranging between 250 and 500 years. They are big sharks that may grow up to 21 feet in length on occasion.

Their snouts are short and round, and they have dorsal and pectoral fins that are diminutive in comparison to their overall size. It is believed that Greenland sharks are found in the Arctic and sub-Arctic seas of the North Atlantic and Arctic oceans and that they like to reside in some of the deepest parts of the ocean. An underwater submersible surveying the remains of the SS Central America came into a group of Greenland sharks at a depth of 7,200 feet.

The majority of Greenland sharks migrate every year, however, their movement is dictated by the depth of the water. During the winter, they migrate to shallower waters, and then during the summer, they migrate back to greater depths. 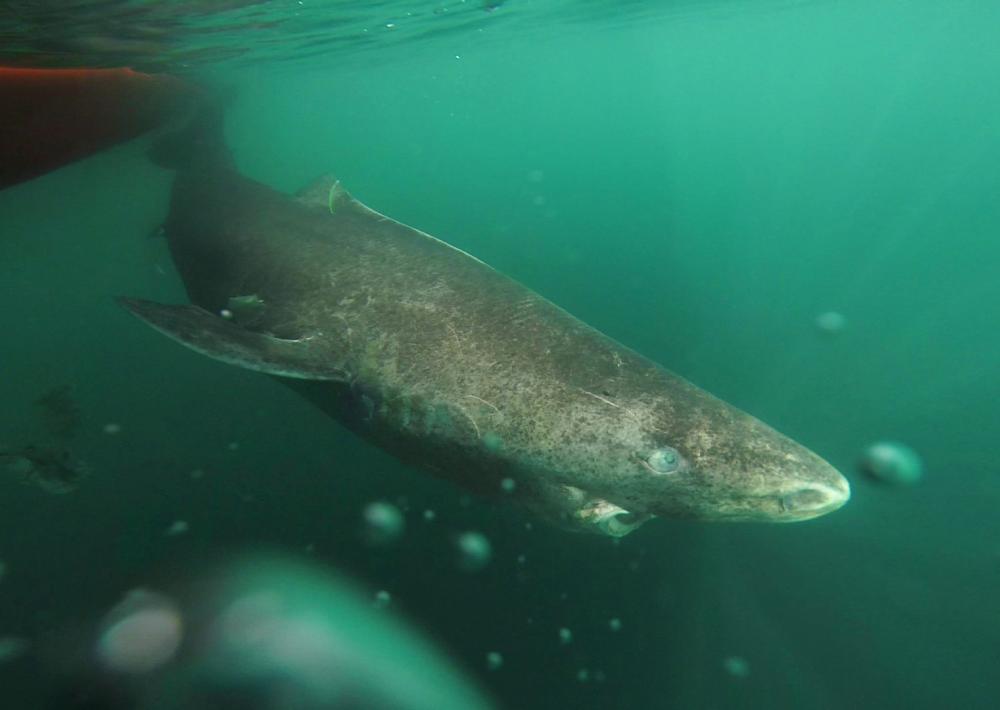 The Portuguese dogfish, the deepest of all deep-sea sharks, has been discovered at a depth of 12,057 feet, making it the deepest shark ever discovered. They have a wide distribution over the planet, however, they are most frequently found towards the bottom of the world's deepest oceans. Portuguese dogfish are sleeper sharks that grow to be around 3 feet in length on average.

Why Sharks get Creepier the Deeper you Go

The finding was uncovered by shark researchers operating off the shore of New Zealand's eastern coast, and it is enlightening. In recent research published in the journal Frontiers in Marine Science, the scientists discovered that three species of deep-sea sharks are bioluminescent, emitting a gentle blue-green light as a result of specific cells in their skin that produce the light.

One of the species, the kitefin shark, may grow to be about six feet in length, making it the biggest known bioluminescent animal in the world. Giant squid, which may grow to enormous proportions, is also known to emit light.

According to Jérôme Mallefet, a research associate at the Université Catholique de Louvain in Belgium and lead author of the new study, bioluminescence had previously been documented in only a few shark species, so this discovery significantly expands our understanding of how common the phenomenon is in sharks and other marine animals. "We now know that bioluminescence is widespread in sharks and other marine animals," says Mallefet.

What Is The Biggest Deep Water Shark?

Sharks come in many shapes and sizes. The whale shark, which has been reported to grow to be as huge as 18 meters in length, is the largest (60 feet). The tiniest one fits in the palm of your hand. The great white shark, on the other hand, is somewhere in the center.

A person on Reddit shared a picture of a thresher fish and called it a deep-sea shark. But people caught that. It is really bad to share something that you are not sure of.

Don't think they count as deep sea fish though, we frequently see them near the surface."

"IIRC Threshers live at ~200+m, but come up to the surface at night to have their skin cleaned by lil helper fish. Did a bunch of sunrise dives in the Philipines where we saw loads. They're super curious and, if you keep still, will swim up and have a good ol' stare with their big goofy eyeballs."

In the deep ocean, there is still plenty to discover. We don't know everything about the deep, but what we do know is interesting. For the many shark species that reside in the deep water, the extreme environmental conditions have led to incredible evolutionary adaptations. However, unlike sharks that reside along our beaches, deep sea sharks have distinct biological properties that make them an intriguing species.