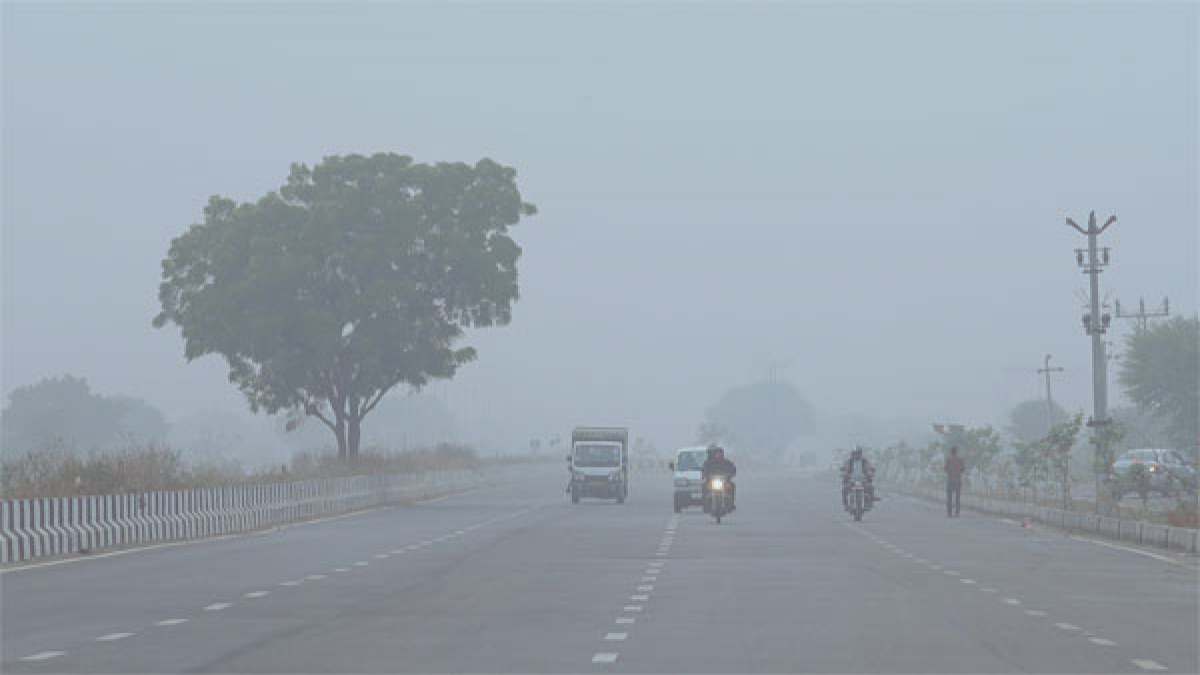 India's capital territory, Delhi is waking up to thick morning fog due to severe cold wave. Parts of northern India are in the middle of a severe, long-lasting cold wave that has messed up everyday life. This weather abnormality has an impact on the country's businesses and educational institutions.

For example, more than a hundred flights and scores of trains have been delayed as a result of the dense fog, which has caused chaos at airports and railway stations. Also, the government in Delhi's capital city has asked schools to extend their winter breaks, so classes have been canceled.

A "cold wave," also called a "cold snap" or "deep freeze," is a type of weather event in which the air cools down or very cold air moves into a large area. It happens when the average temperature in a region drops far below what it usually is. The coldest temperature in any part of the city on Sunday was 1.9 degrees Celsius.

A severe cold wave has also hit other northern states. In Indian-controlled Kashmir, the temperature has dropped to - 6°C (21 °F). A "cold wave" is declared by the Indian weather department whenever the overnight low temperature falls below 4 degrees Celsius.

The meteorological authority has urged the public to "avoid or minimize any activities that take place outside" of their homes until the current weather conditions improve. Additionally, they cautioned drivers to exercise extreme caution when traveling through areas of dense fog. People's health is also likely to be affected by the cold, especially in Delhi, which also has a lot of pollution in the winter.

The intense cold has been especially difficult for India's homeless population, which frequently sleeps on the side of the road and at train stations. Sunday was one of the foggiest days of the season, with a dense mist blanketing the city for several hours.

Indian Residents Continue To Shiver In The Cold

The India Meteorological Department of the Ministry of Earth Sciences made a statement about cold waves in India. They told the people to watch out for the following effects:

The following suggestions are given by the India Meteorological Department of the Ministry of Earth Sciences:

Heavy fog and a prolonged cold wave forced authorities in New Delhi to stop aircraft and postpone school reopenings on Monday, as visibility dropped drastically and automobiles drove with their hazard lights on. The India Meteorological Department (IMD) predicts "dense to extremely dense fog conditions" over much of Delhi and northern and eastern provinces like Punjab, Haryana, Uttar Pradesh, and Bihar until Tuesday. This agency cautioned that air, road, and train travel could be disrupted and that people could have lung-related health issues.

More than a hundred planes were reportedly delayed at Delhi Airport due to low visibility, while several more had to be rerouted. The Indian Railways, which transports over 23 million people every day, reported that about 29 trains were delayed in the north. On Monday, the foggy conditions persisted, and drivers were observed taking it easy.

IndiGo, a domestic airline, warned that travelers should check their flight status before heading to the airport because of "thick fog and limited visibility." The cold wave, according to officials, should start to decrease around January 10th.