In this experiment, the Demonstration Of Stokes Flow In A Corn Syrup is done. If you have this type of flow, the mixed solution can be restored back to its original state simply by reversing the process of mixing.

Reversible Fluid Mixing is a type of fluid mixing that can be reversed.

Basically, ink is squirted into a fluid and blended in until the ink completely disappears.

This is accomplished by precisely undoing the movements in the opposite direction.

When you look at the stokes law demonstration, it appears like entropy is decreasing, but in reality, this is only because the mixing and unmixing are done without turbulence, which makes it possible to achieve reversible mixing.

A viscous fluid (glycerine or KaroTM syrup) is pumped into the space between two transparent and concentric cylinders.

In addition, one or more lines of colored fluid are injected into this fluid reservoir in a direction parallel to the cylinder's axis (s).

By slowly rotating the inside cylinder (with a crank) in relation to the outside cylinder, the lines of colored fluid in the fluid become mixed with the rest of the fluid.

Following a number of revolutions, this mixture for Demonstration Of Stokes Flow In A Corn Syrup becomes entirely clear and "blended."

The design and operation of the device guarantee that laminar flow occurs throughout the system.

It goes without saying that diffusion processes take a lot longer time to complete than the time span of the demonstration.

Counter rotation repositions these layers in their original positions. 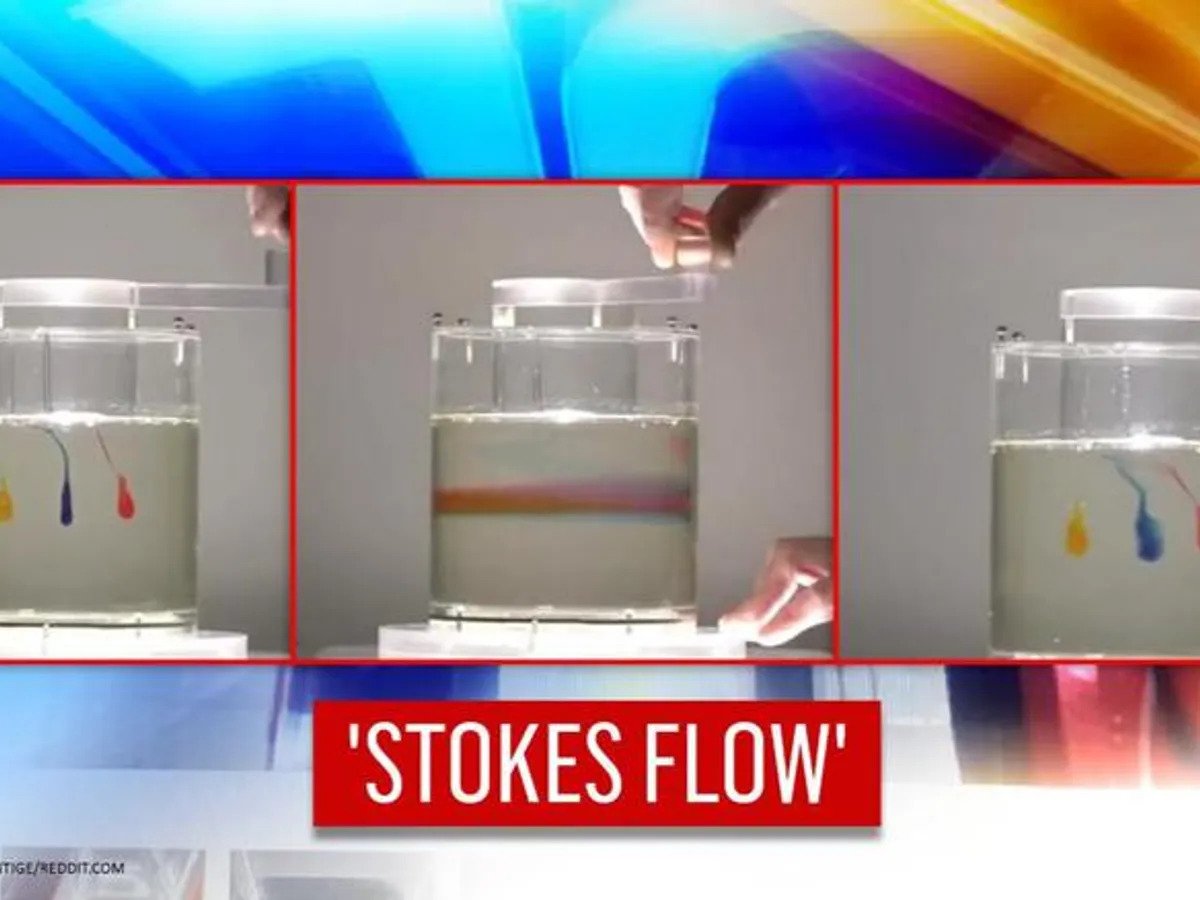 Demonstration Of Stokes Flow In A Corn Syrup with blue, red, and yellow colored drops

The fluid should have a high viscosity in order to work properly.

They've made use of glycerine or corn syrup in the past.

The capacity of the device is 2.2 to 2.3 liters, therefore approximately 5 bottles of Light Corn Syrup should be plenty.

If you intend to leave the corn syrup in the apparatus for a lengthy amount of time, it will be required to add some type of preservative 1.

Mould does not develop in glycerine, but glycerine is expensive, costing approximately $50 per gallon.

A few drops of food coloring dissolved in around 10 mL of solution work great in this situation.

Alternatively, a 5 ml volumetric pipette fitted with a pipette rubber squeeze-bulb can be used to achieve the same results.

Following the example, the dye can be well mixed (by a few dozen rotations) in order for the syrup (or glycerine) to be reused for another project.

This will serve you well for a long time before it needs to be thrown away. 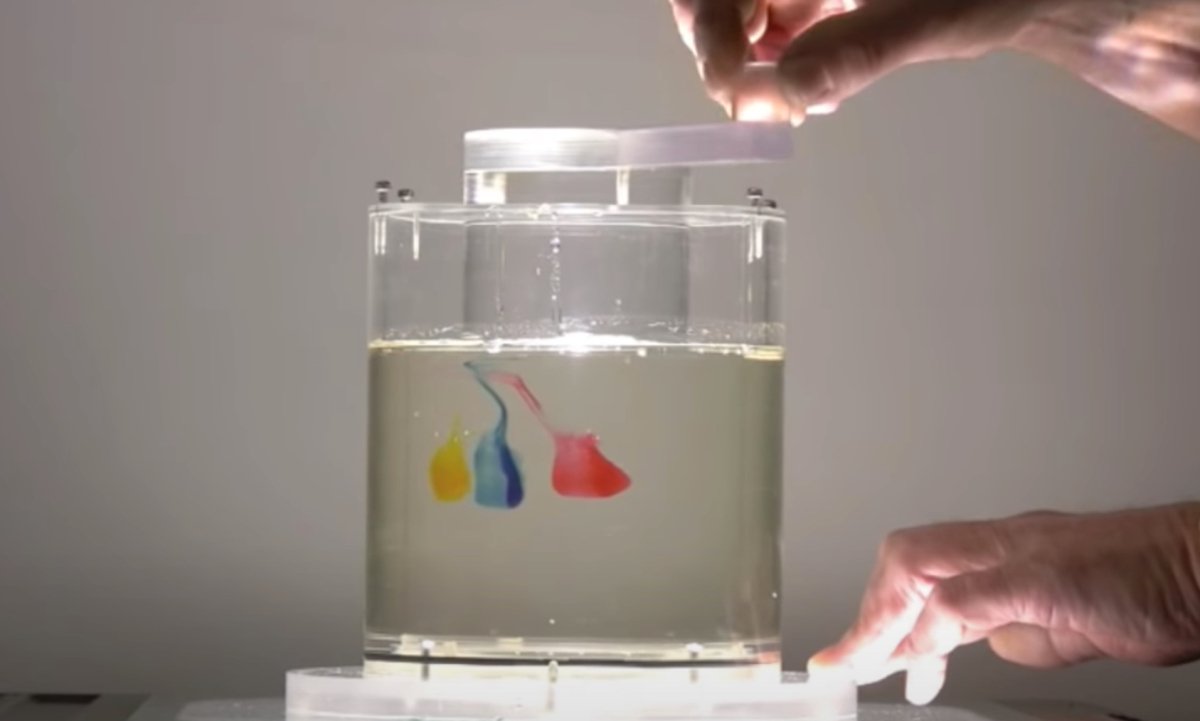 Demonstration Of Stokes Flow In A Corn Syrup with blue, red, and yellow colored drops in a glass jar

The demonstration is pretty spectacular, as you can see in the video.

The use of distinct colours for each of the injected lines increases the visual appeal of the design.

Adding food colouring to a large beaker of water and swirling the liquid until it becomes uniform in colour will improve the presentation of this demonstration.

This not only provides a visual contrast for the mixing and unmixing demonstration but also serves as a starting point for future discussion.

John P. Heller of Socony Mobil Oil Co. 2 is credited with the original demonstration, according to what they know.

Alyn Kelly ('90), a Harvard student, designed and built their current equipment, which she then sent to each of the sixteen NECUSE 3 colleges. Thank you very much.

The audience's response to the unmixing is always accompanied by a protracted "Ooooh."

An "Ooooh" is close enough to a "Wow," and as a result, this demo earns the five-star rating.

What Is Stokes Flow Fluid Mechanics?

The mixing of colored droplets in corn syrup can be accomplished by reversing the mixing motion, which is similar to how lava flows occur. Demonstration Of Stokes Flow In A Corn Syrup is accomplished through a creeping flow.