This new collar will translate your dog’s braking into incessant swearing because let’s be honest, that’s probably what the mutt’s saying.

I’m capable of what’s know as a canine-human mind meld. It’s an incredibly rare psychic power possessed only by me and three other writers at this website.

As for other people though, they might need a collar to translate their dog’s barks. Mind you, if they knew what their dog was saying, they probably wouldn’t want one. 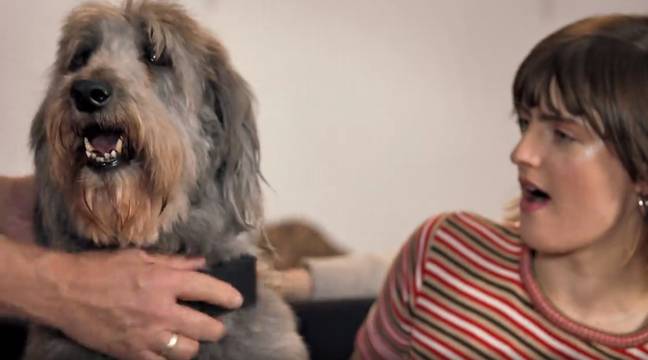 Though loveable, dogs are incredibly foul-mouthed, as showcased by the new Cuss Collar, which you strap around your furry friend’s neck, wait for them to bark, and then see what it translates said bark into.

In fact, it’s always some variation on a swearword, such as sh*t, f*ck, motherf*cker, bullsh*t and more. It’s because of those handy asterisks that you don’t know what I just said there, but if you do want to hear some real swearing, check out the video below…

A weird video. Because I’m an idiot and very tired, it actually took me a while to realise it was being ironic, with those very odd performances, but there we are.

Look, so I think there’s any scientific basis behind the Cuss Collar whatsoever? No, definitely not. In actual fact, it seems like it has five swearwords loaded onto it that constantly loop with every bark, but it’s a bit of fun, isn’t it?

Made out of leather and stainless steel, the collar will set you back $60 (around £2.83) and it has already sold out online.

The website, taglined “Go Bark Yourself“, makes it abundantly clear that the collar is not for training one’s dog, saying:

“This collar is NOT a shock/vibration/training collar and is not intended for anti-bark training use.”

Staying in the world of dogs, one man has stolen the hearts of the world after he rented out a billboard, just so he could tell everyone that it was his dog’s birthday.

Maxx Chewning had the necessary resources though, and to celebrate his dog, Dood, reaching the grand old age of one (or seven, to him), he rented out a billboard.

He wanted everyone to know, not just him and his dog, and his Texas town were at the receiving end of a lovely message from Maxx to Dood.

“The billboard company had never heard of anything like this and they were excited for something creative and fun to be on their digital screen.” 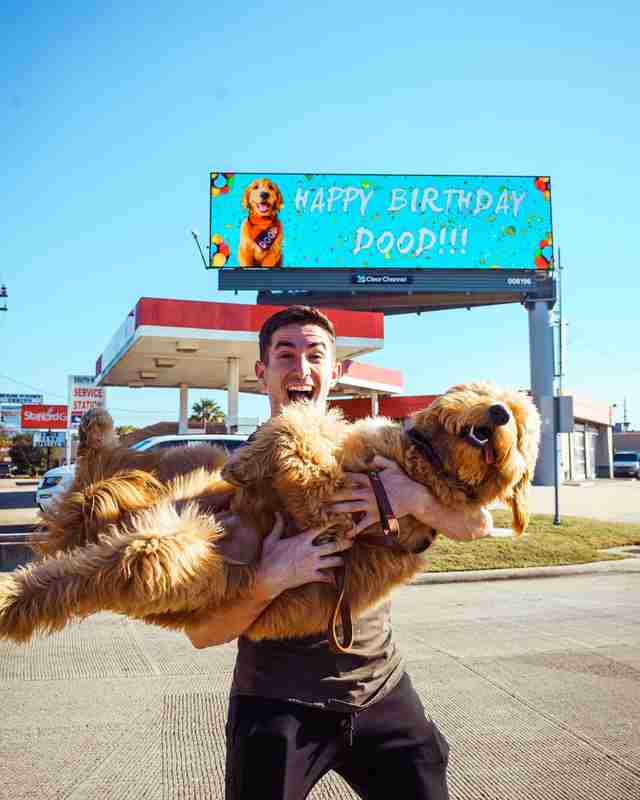 Naturally there were people in his life who were more or less shunning Chewning for this pretty frivolous use of money, but he responded with:

“I don’t even have a girlfriend so I’m not spending any money on that, so why don’t I spend it all on my dog?

How lovely. Slightly more lovely than the collar…