Donald Trump has said he will look into pardoning Joe Exotic after being questioned at a press conference.

I’ll be honest, when I first started Tiger King, I liked Exotic a lot. The more I learned as the show went on, I started to really dislike him until, in the very last scene when he’s talking about his chimps and his regrets, he went up in my estimations again.

At this point we’ve all seen Tiger King on Netflix and if you haven’t, go do it now. This article will contain a couple of spoilers and god knows you have the time. You need to know about Joe Exotic…

Get A Free 7-Day Trial For Disney Plus Here

Mr Exotic is, to put it lightly, a character.

Somehow a lot of people out there still think he’s innocent despite being a less than exemplary member of society. 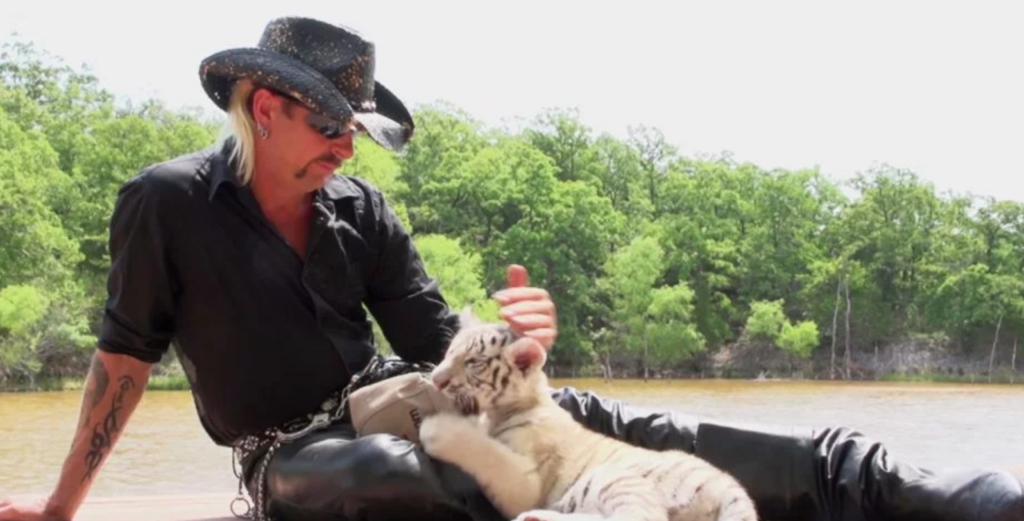 Of course,  none of us perfect, but very few of us feed people pizza made with meat from Walmart bins (something that only got like two minutes of coverage on the show, despite being enough to warrant a whole documentary in its own right if it happened with literally anyone else) and – something that the series didn’t really touch on – most people in his life who have wronged him in some way have had their houses “mysteriously” burn down.

Here Kitty Kitty is a banger, I’ll give him that – even though he didn’t write or sing it – but the man is where he more than likely belongs, but he may not be there for long. On a personal note, he’s guilty of some things, but he seems like a scapegoat and someone who a lot of people conspired against to clear their own names.

Apparently I’m not alone in thinking that as in an interview with SiriusXM, Donald Trump Jr spoke about how he thought the punishment was a bit heavy-handed.

“It doesn’t seem like he was totally innocent of anything. But when they’re saying, ‘We’re putting this guy away for 30 years,’ I’m saying that seems sort of aggressive“.

After that, during the coronavirus taskforce briefing – of all places – President Trump was asked by a reporter what his thoughts were on his son’s comments on Exotic. Trump had no idea about Exotic or his son’s comments, and replied:

“Which son? It must be Don. I had a feeling it was Don.

“I know nothing about it“.

He then asked for clarifications about his crimes, before adding, “I’ll take a look“.

We’ll see where this one goes…