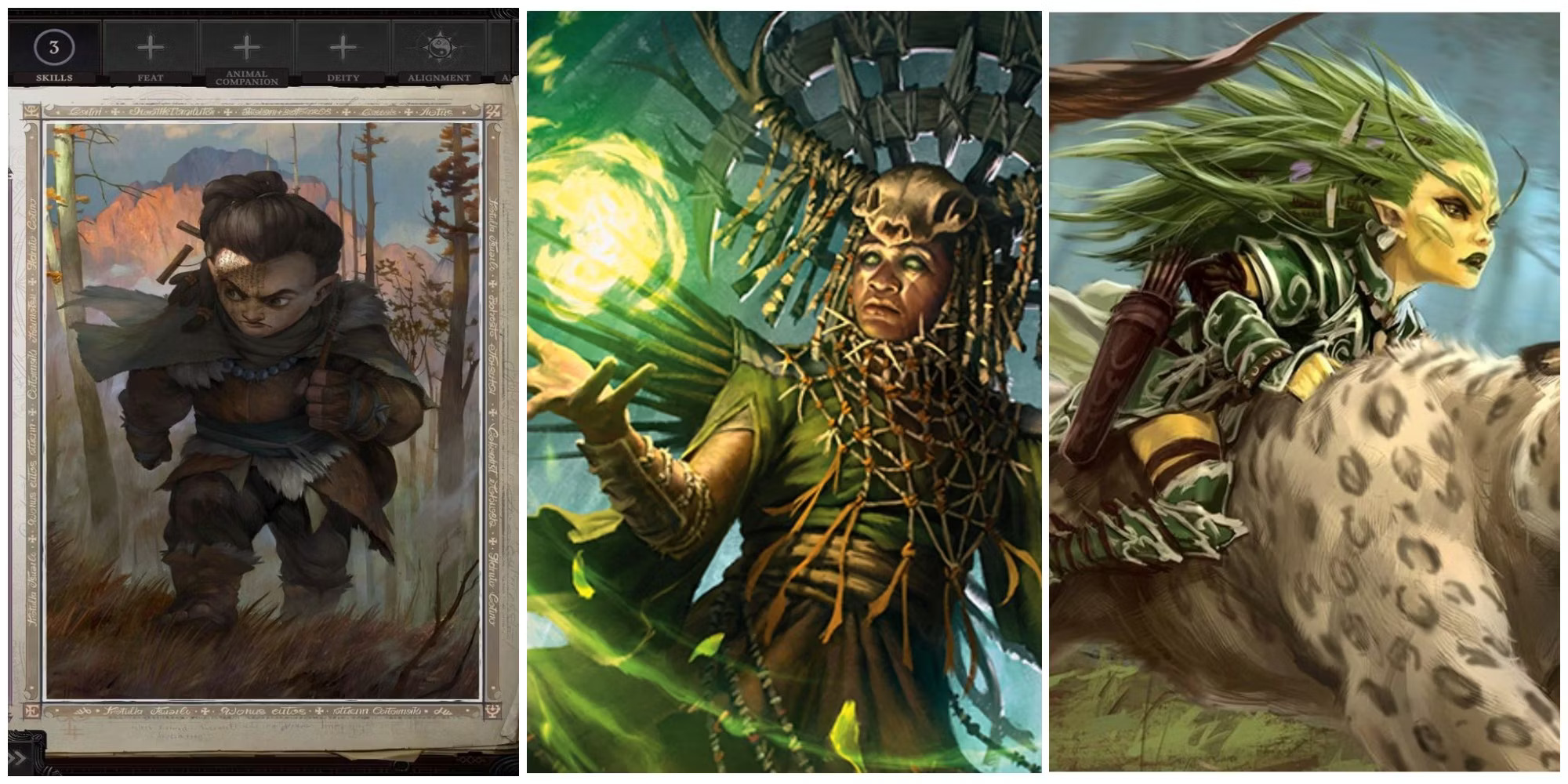 The class Druid from Pathfinder game is a medium BAB class with access to 9th-level spells from their own list. One of their main advantages is their adaptability, which allows them to fill many different roles in a party and offer a variety of options.

Finding the sweet spot in your party is the challenge of being a Druid, as there is nothing more frustrating than to be a controller caster without the assistance of your team or to take a long time on your turn deciding what to do with your summons and frustrate everyone at the table. Pathfinder rewards specialization at later levels.

With the right build, you can easily replace the Wizard, Cleric, or Fighter in a conventional four-man party. If you look at it from the "Forge of Combat" point of view, you can also include the anvil, hammer, and arm.

With the appropriate build, the Druid is a wonderful class that can fill many roles. Here are some of the more popular positions that can be filled.

Although bonuses to physical ability scores are excellent, users of Wild Shape benefit more from wisdom bonuses. Small races' strength penalties do not disappear when you use Wild Shape because polymorph effects normalize to small or medium before applying ability modifiers. Small races are therefore more effective for dexterous forms like snakes.

Abilities Of The Class Druid

The type of build you are going for, from a melee striker to a full caster, has a significant impact on your ability to rank the abilities. For ease of use, you should adopt the following strategy:

Combat Druids prefer strength to wisdom and play as front-liners, skirmishers, or in any other way act as combatants. Caster Druids are those who concentrate on wisdom and are skilled spellcasters.

Yes. One of the strongest and most adaptable classes in the game is the druid. The Druid, with the exception of the Face, can play almost any role in the party thanks to their pet Defender/Striker, extensive spell list, and Wild Shape talent.

Are Druids Good In Pathfinder Kingmaker?

Yes. If you have one level of monk, druid makes an excellent tank. You will have ridiculous saves, be immune to critical hits and sneak attacks, be able to heal yourself, and still be able to cast amazing spells like creeping doom, sirocco, and, later in the game, polar midnight.

What Is The Best Weapon For A Druid?

Druids have access to a variety of weapons, including slings, spears, darts, staves, daggers, and many others. The Shillelagh cantrip, however, makes a staff almost always your best option.

Consider using the Shaping Focus feat to keep your Wild Shape progressing for up to 4 levels if you intend to multiclass. The class Druid from Pathfinder game is a difficult class to multiclass as a spellcaster, but if you're centered on Wild Shape, a few levels in classes like a fighter can be very useful.