Dumb Knives - The Most Impractical Knives 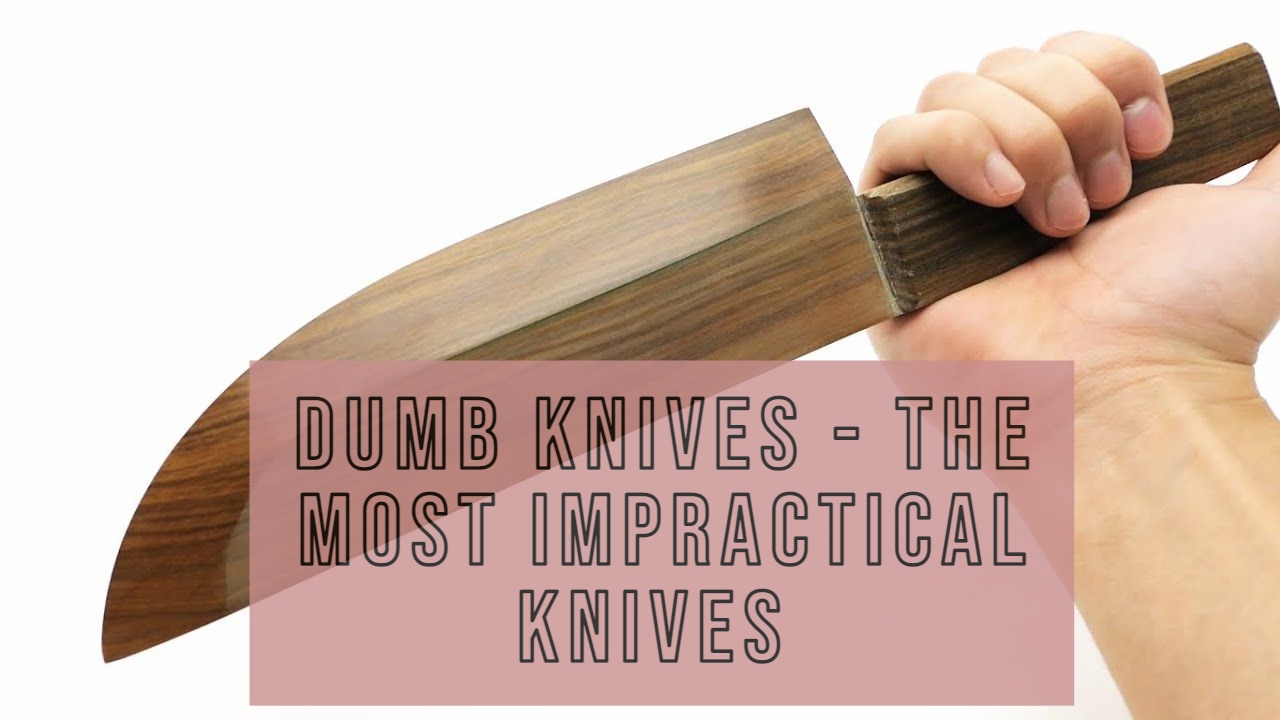 What are dumb knives? How could knives be dumb? To simply put, the knives that can't fully do justice to their only purpose, which is cutting, are dumb.

Or, it's possible that they were once excellent knives, but now they're either obsolete, pricey, out of touch, or just plain useless from the get-go.

Or any mix or combination of the aforementioned options. I have compiled a list of the most useless/dumb knives ever made.

Your dad, grandpa, grandpa's dad, and even Abraham Lincoln had one (lol). Even with nostalgia, the Buck 110 is a bad knife in 2022.

That's an Endura 4 and Paramilitary 2 combined. It takes two hands to open and close because there is no thumb stud/notch/hole and the lock bar is on the butt. 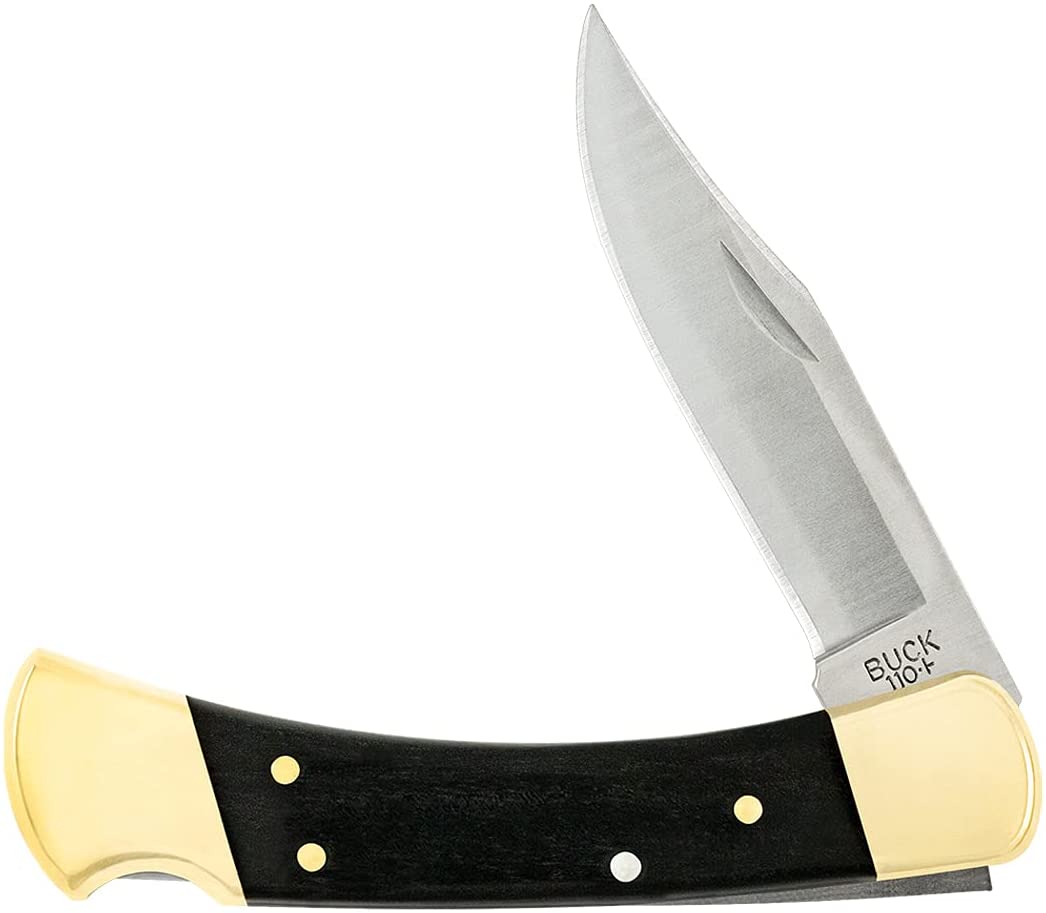 It's a quiz! What $425 knife features a D2 tool steel, a 0.19-inch wide blade with a high-angle low hollow grind and a rounded tanto tip, and weighs nearly half a pound?

It's the Medford Praetorian Scout, the most affordable version of this "high use" folder made in the United States.

The Medford is the bulky Praetorian, which seems like it belongs in another age.

The Praetorian's massive blade is over twice the breadth of conventional folding pocket knives, and the primary bevel starts so low on the blade that it seems more like a sharpened prybar than a knife.

I suppose you could use it to shovel dirt.

The purpose of these massively thick knives was never clear. 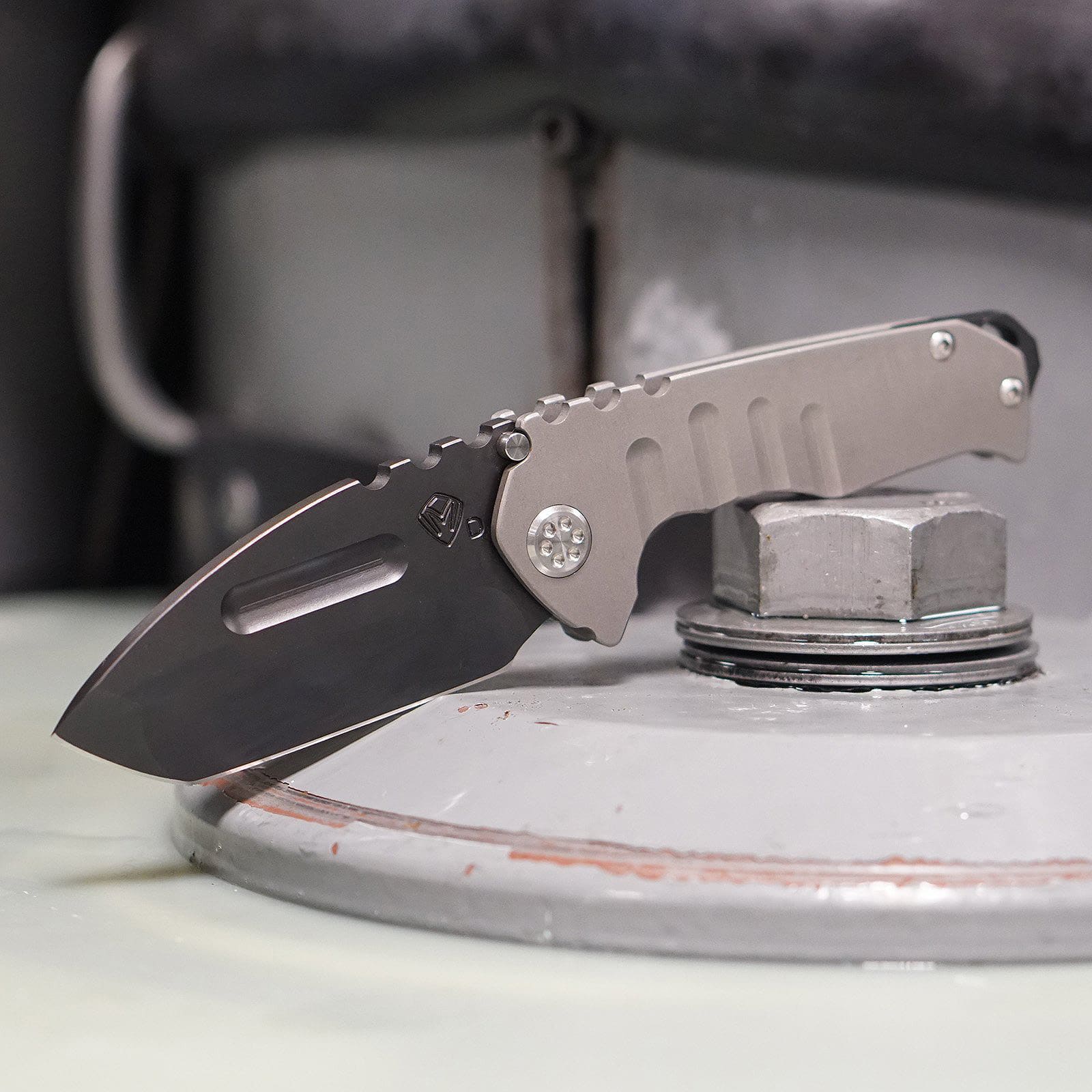 Black and silver Medford Praetorian on a metal machine

Few current EDC knives have gotten as much attention as the Spyderco Para 3 did when it was released in late 2016.

Years of rumors and conjecture circulated on forums and Facebook groups about the impending release of the "baby PM2," which was dubbed PM3, Paramilitary 3, and even "Minuteman."

Para 3 didn't get a glowing review from the users. The smaller PM2's ergonomics felt uncomfortable on Para 3, especially with the pocket clip misplaced in the middle of the handle, generating a hefty hotspot when using the knife. 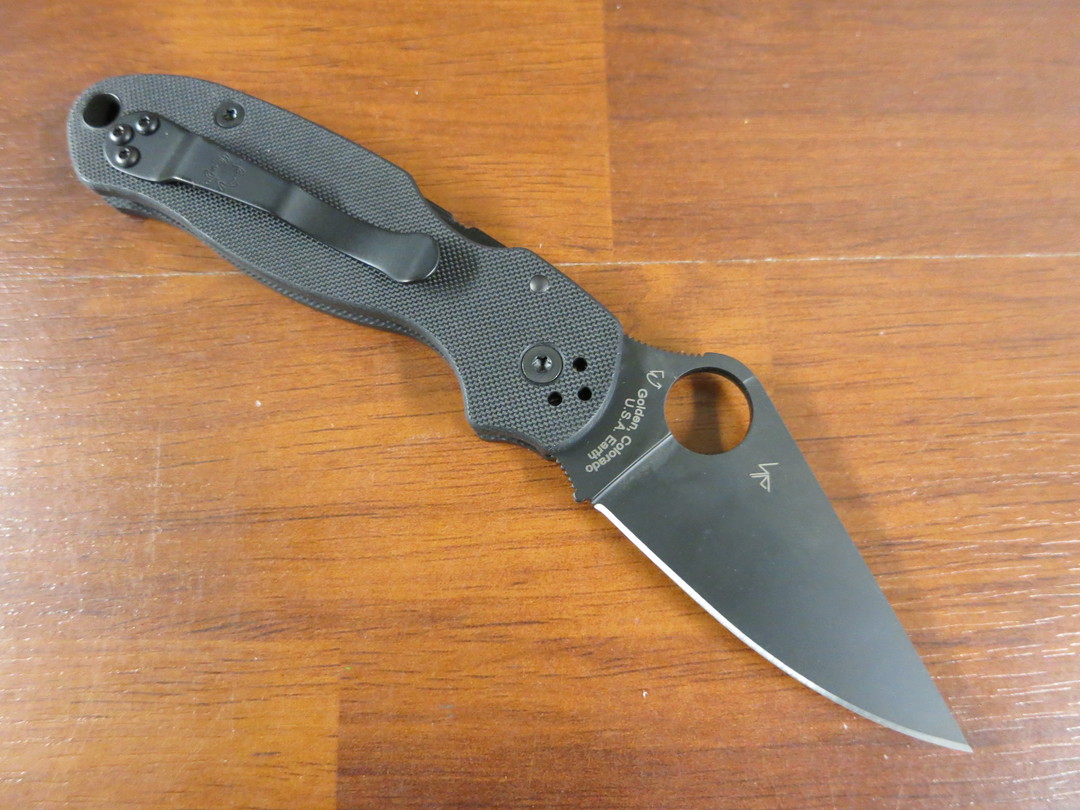 Fads and trends can emerge in any sector of the economy.

Although we would all want to think that the knife market is directed exclusively by function – Make them lighter! Sharper! Stronger! Sleeker! – the reality is that it is highly prone to following trends, even when they do not make any sense.

What can you DO with a pocket cleaver knife that folds?

It is important for a cleaver to be weighty so that it can be pushed through tough materials like meat and bone when preparing food.

In addition to this, it should be long and wide so that it may cut through tendons as well as bone with its power stroke.

Because of all of these characteristics, an everyday carry-on option of a blade in the shape of a cleaver is a horrible idea.

The absence of a tip also implies that it is unable to pierce items, which is one of the most common uses for pocket knives. 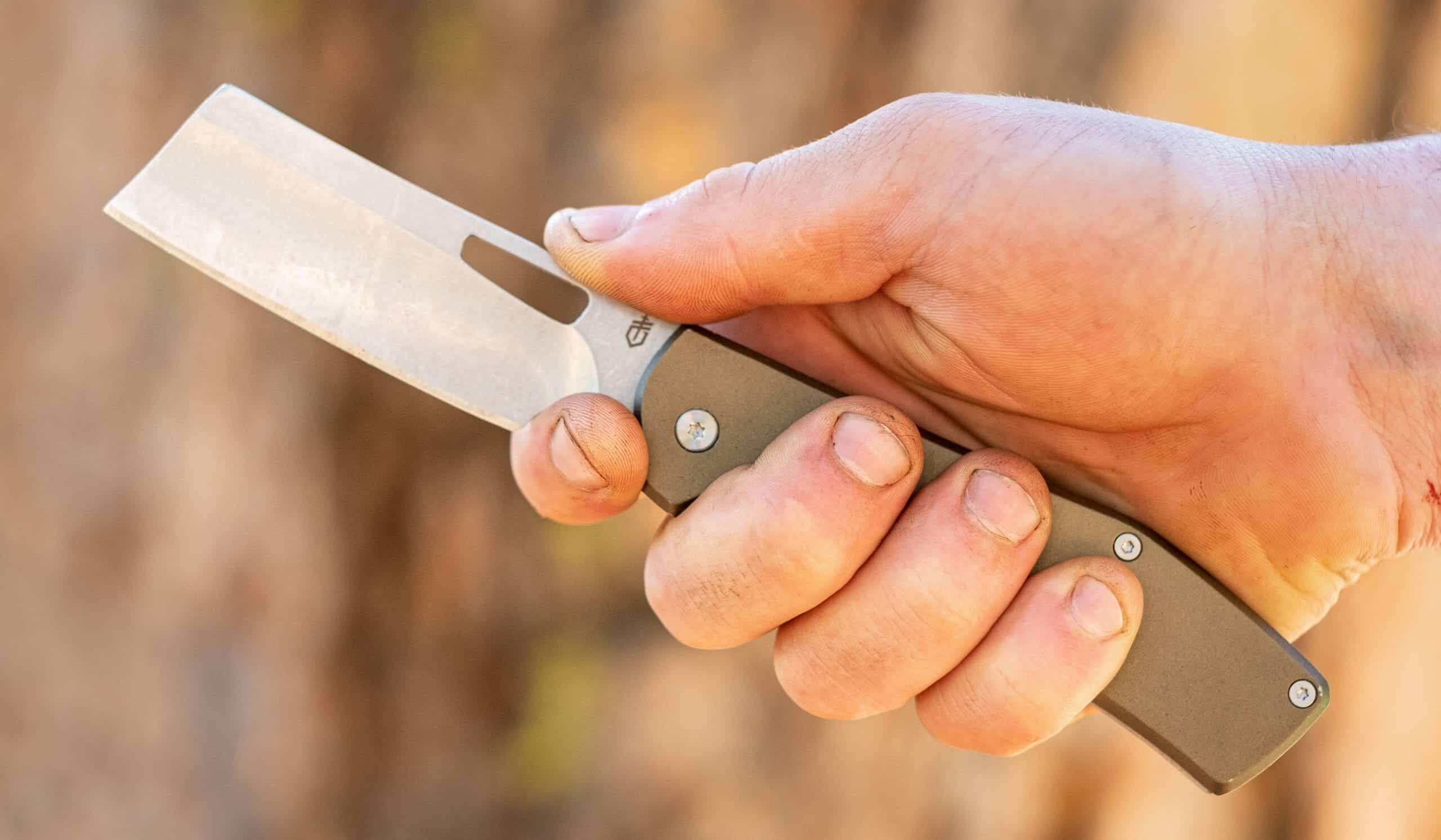 A hand holding a Folding Cleaver

What Are Those Flip Knives Called?

A pocket knife is a type of folding knife that can be carried in one's pocket and has one or more blades that may be stored within the handle. They are also known as jackknives (also spelled jack-knives) and sometimes called penknives, even though a penknife can also refer to a certain type of pocketknife.

What Is The Coolest Knife In The World?

What Knife Does Hannibal Lecter Use?

In the film Hannibal, there is a horrifying sequence set in Italy in which Dr. Lecter uses the Spyderco Harpy. This scene perfectly reveals the cruel and savage nature of Dr. Lecter. Although you may have caught a glimpse of the knife in the film, how familiar are you with the Spyderco brand in general?

The majority of these dumb knives do not position the handle high enough above the blade to make them suitable for food preparation or any better use. Where is the value in that?

Have you heard about arbys guy?