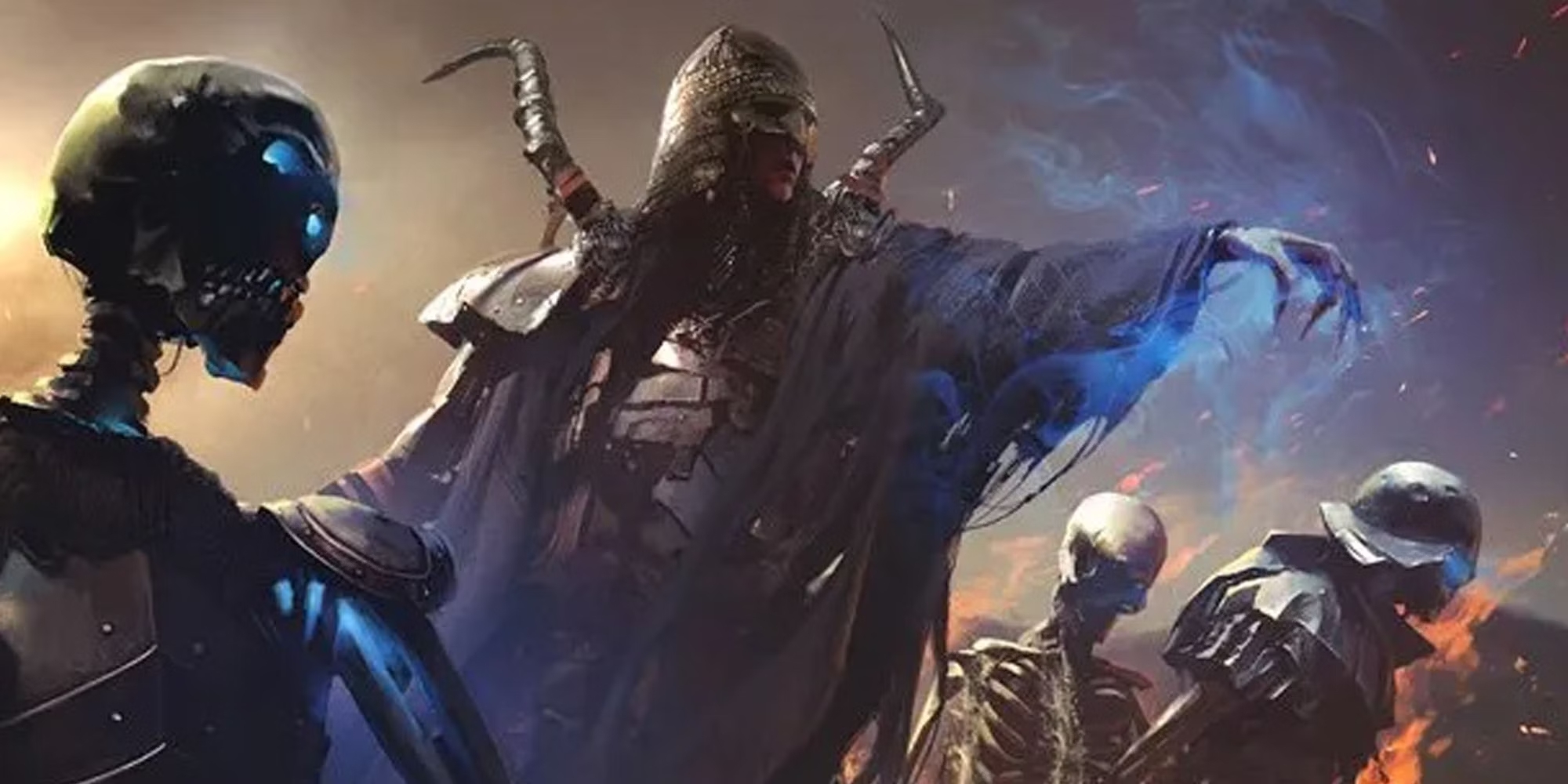 In Dungeons & Dragons, necromancy is one of the more dangerous schools of magic. Wizards who specialize in this school of magic and cast spells that can manipulate life and death are called necromancers. Here is a list of some Dungeons and Dragons necromancy spells.

So, have a look at these Dungeons and Dragons necromancy spells.

Spirit Shroud is a third-level necromancy spell that debuted in Tasha's Cauldron of Everything. Spirits of the dead can float around the player and serve as an intangible, impervious shield.

In addition, any attack that player makes (including cantrips and spell attacks) that hits a creature within 10 feet deals an additional 1d8 damage. In addition, players can choose whether the dealt damage is radiant, necrotic, or cold. As a result, Spirit Shroud is a potent spell, as players can choose a damage type that will benefit them in any situation.

As a cantrip, Spare the Dying provides players with infinite utility. Casters can stabilize a creature they can touch, preventing it from dying if successful. This is a set of skills that players usually can't use unless they have a healer's kit or know how to cast a healing spell.

Spare the Dying requires no ability check and has an infinite number of uses, unlike a healer's kit. The spell only needs verbal and physical parts, which means it can be cast without concentration or physical parts.

Inflict Wounds is one of the best first-level spells for dealing damage in Dungeons & Dragons. This spell can be cast as a melee attack, meaning it has the chance to deal critical damage.

On a successful hit, the target takes 3d10 necrotic damage. However, higher-level spell slots can increase this damage. Inflict Wounds doesn't need any materials, so melee spellcasters can add more attacks or use their off hand to hold a shield.

What Are Some Necromancy Spells?

Which DND Class Is Best For Necromancy?

While several classes provide the necromancers tools they need to practice their craft, only one class excels at it: the Wizard. By making the School of Necromancy your Arcane Tradition, you can use some of the most powerful necromancy spells in the game.

Is There Necromancy In DND?

While Necromancy has traditionally been viewed as rather nefarious, Dungeons & Dragons permit player characters to create their own Necromancers who specialize in commanding the undead.

Necromancy spells can save lives and cause life-draining necrotic damage. As one of the most commonly unresisted damage types in Dungeons & Dragons, necrotic damage is dangerous for both players and their foes.

Given that so few foes are immune to this type of damage, it is not surprising that Dungeons and Dragons necromancy spells deal such devastating amounts of damage. Whether necromancers use these spells to make armies of zombies or to curse their enemies, they are powerful.