Easter Sunday In Southern Spain - How Is Easter Celebrated In Andalucia? 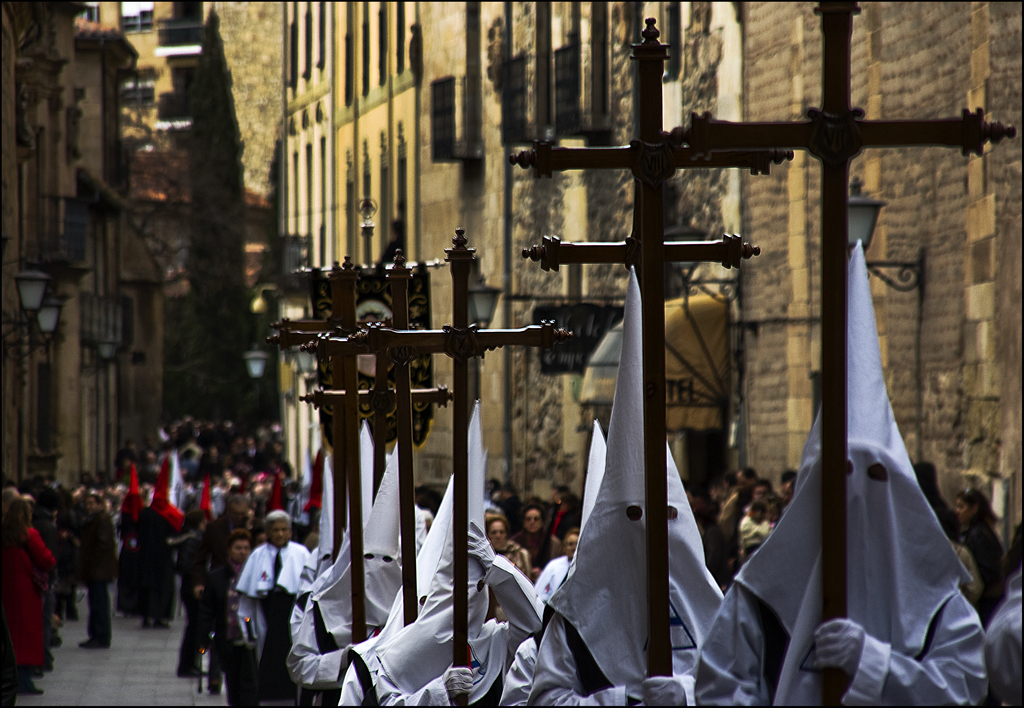 Easter Sunday in Southern Spain - In Andalucia, Holy Week, or Semana Santa, is a celebration that practically alters towns and cities around the region. Processions of beautifully painted floats and groups of pointy-hooded Nazarenos (penitents), and strident brass bands move slowly through the streets from their parish church to the cathedral and back during the Easter Sunday in Southern Spain.

It's an incredible experience, and now is a fantastic time to visit Andalucia if you want to immerse yourself in some firmly held traditions that have less to do with religion and more to do with social groupings and rituals. Many people avoid visiting Andalucia at the easter time, but if you come prepared, both for crowds and increased prices, it is well worth the effort. Nothing like it will ever be seen again. 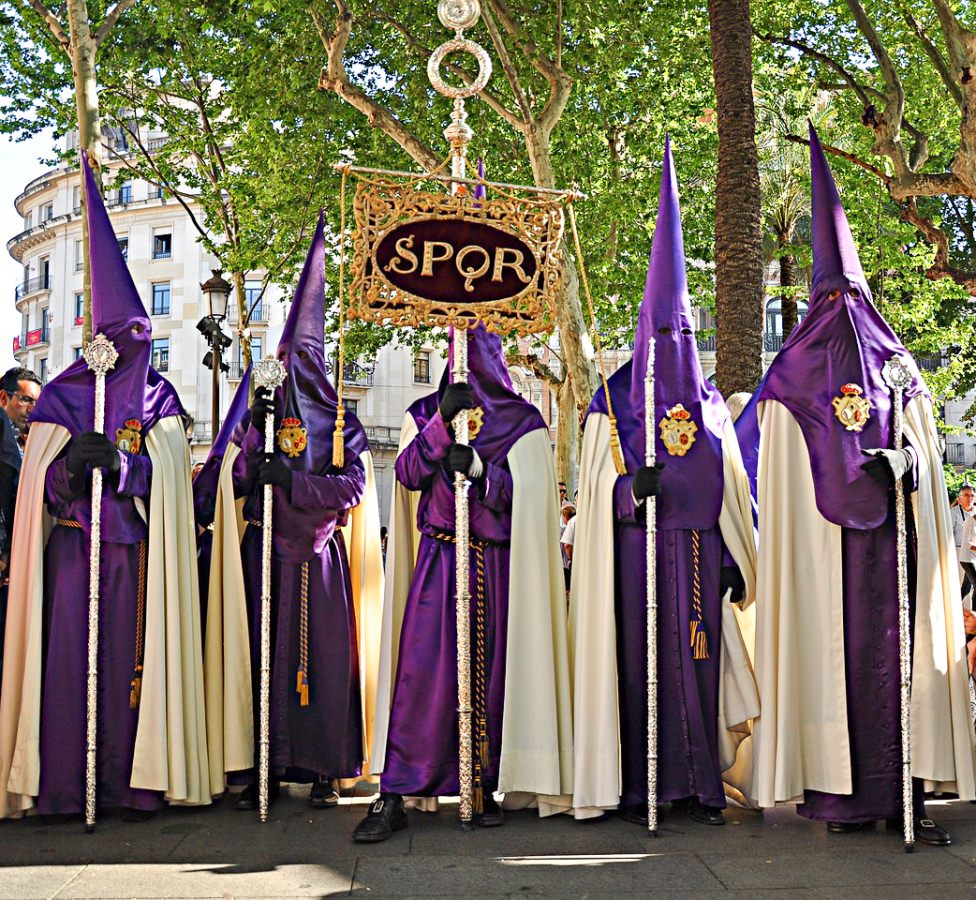 Fan of Easter, then you will be definitely a fan of easter eggs. Here are the beautiful colored eggs that are 100% natural. Check it here.

How Does Andalucia Celebrate Easter?

During Easter Sunday in Southern Spain, the procession is the main attraction. The images are mounted on beautiful floats and adorned with beautiful floral embellishments. The parade is followed by a prayer procession through the streets. This religious expression features sculptures by the best Spanish carvers as well as an excellent example of metalwork.

Women in procession wearing mantillas, a traditional Spanish veil, are one of the most visible figures during Holy Week. A respectable black dress is accompanied by a matching mantilla. It consists of a peineta, a high comb covered in lace. One reason you can't miss Holy Week is this dress's splendor.

It is a religious brotherhood that parades their images. There is nothing more traditional than a robe and cloak, with a capirote, which usually covers the face. They carry candles and incense in front of the images. You can't ignore them because they are a symbol of Holy Week.

The singing of saetas to parading icons is without a doubt one of the most prominent cultural events of Holy Week. Like flamenco, this is a traditional devotional singing style performed during Passion Week. In order to sing without music and to the image, the saetero must have a powerful voice full of emotion. This is when the throne stops.

Incense and wax residue on the streets tells us that we are in Holy Week in Spain. In the procession, youngsters often follow the Nazarenos, catching the dropping melted wax and rolling it into enormous balls for the younger children. Each procession brings a sweet image.

Each float and procession has its unique soundtrack. The traditional Holy Week melodies are rehearsed all year, giving them a sorrowful tone. Most typically utilized instruments are trumpets and drums. Except for the “silent” processions, this is vital. Their footsteps and floats moving are all you can hear. These solemn processions command respect. 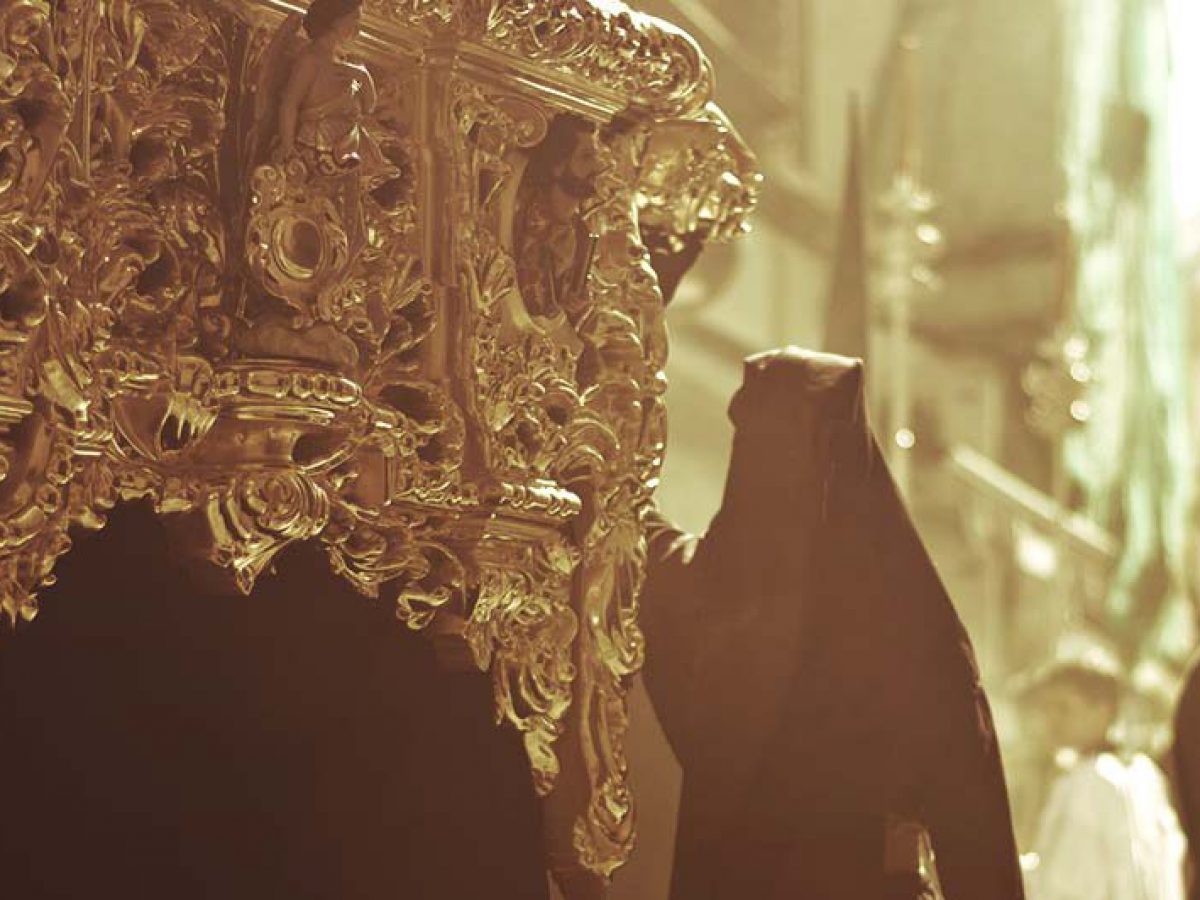 A man weraing a black cloak carrying a golden float

Representation Of Saint Week In Andalucia

Aside from processions, Holy Week is a time for cultural and religious celebration. The Romans and Jews costumed in the street act out various periods of religious history. Biblical incidents including the street scenes.

Holy Week La Semana Santa (Holy Week) in Spain is also a church-based celebration. For this unique wake, the devout stay overnight in the temple. A tiny murmur of prayers breaks the silence.

Other religious and cultural traditions accompany the Spanish Holy Week. As a mark of respect, the “vigil” involves refraining from meat consumption on Good Friday. To this day, cod is frequently used in cuisines. To perpetuate this tradition, restaurants provide a special meal.

Prepared pastries for Easter are distinct from those prepared throughout the year. Torrijas are produced from toast soaked in milk and honey, dipped in egg, and fried. Everyone has petios and buuelos. Try these delicious appetizers if you visit Spain during Holy Week.

Holy Week in El Capirote From the Spanish Inquisition comes the distinctive pointed hood worn by penitents during Holy Week. A penitential meaning according to Holy Week symbolism, the Brotherhoods embraced it in the 17th century.

When It Is Feasted?

Cádiz Carnaval and Second Holy Week, the two events are oddly linked. Lenten fasting and abstinence lasts 40 days and is commemorated a few days prior.

Sayings Of The Holy Week

Numerous everyday sayings and proverbs stem from Holy Week. The word "ratchet" is derived from the word meaning "instrument".

The term "Brotherhood" is used frequently during Holy Week, but do you know what it means? Since the Brotherhoods were formed to include people from different origins, professions, or social levels, they were previously two distinct entities. But Confraternities were formed to unite members of a particular profession. Both accepted the adoration of a patron saint they prayed to overtime. So now they just differ in name. Conversely, Archconfraternities are confraternities or brotherhoods that enjoy special rights due to their age or character.

This is how people react on this on Reddit:

"I wonder if during their down-time they play "Pointy hat joust" where they run at each other head down, like 2 Unicorns."

This Holy Week or Easter Sunday in Southern Spain, experience the excitement of being “your best self” and communicate your emotions to the sound of a sincere snare drum.