Elephants Mourn Their Dead Unlike Other Animals - Here Is Why 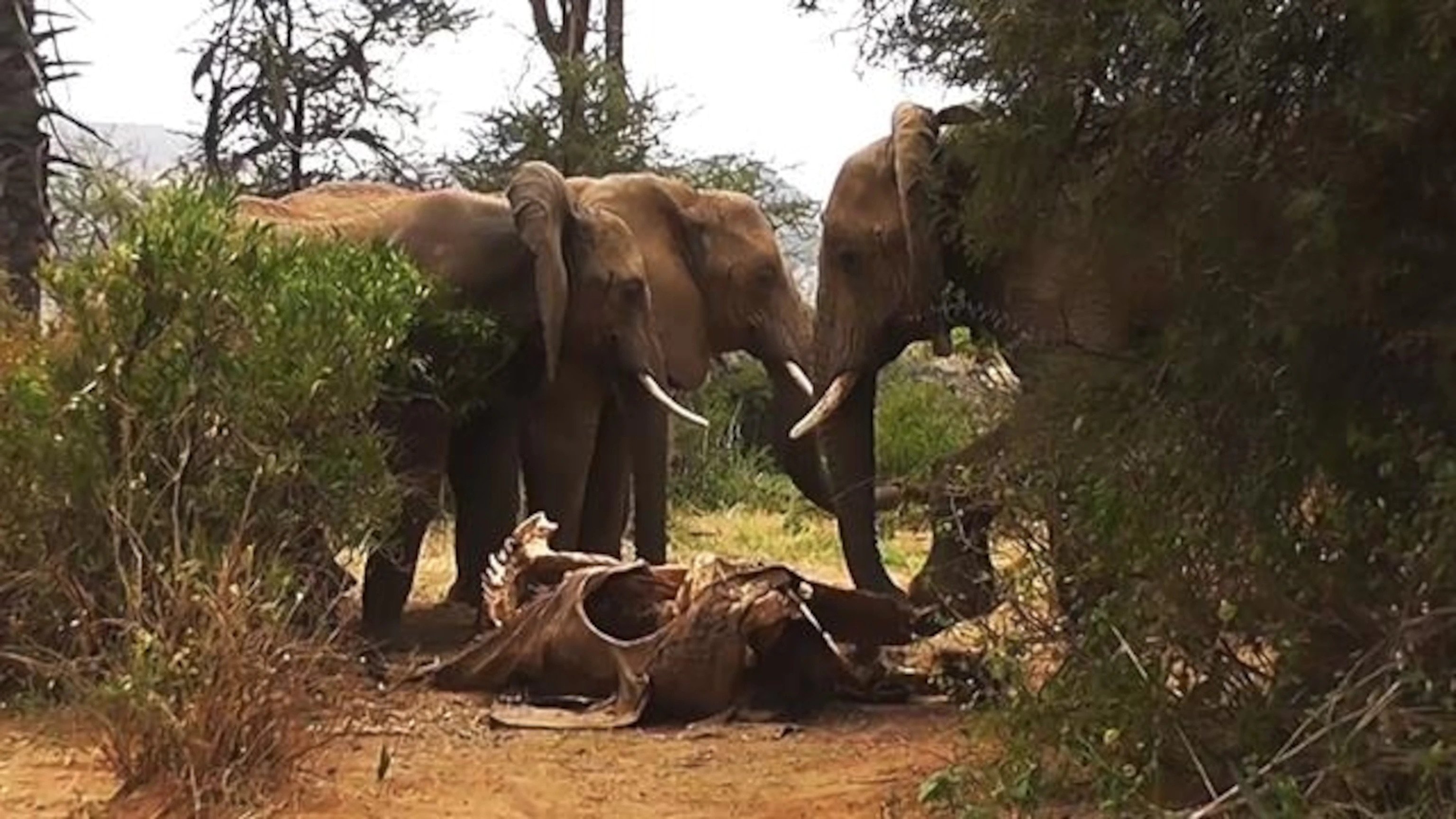 The elephants we slaughter are extremely sociable and intelligent individuals. By slaughtering some elephants, we are causing long-term suffering to other elephants. According to biologists, the jumbos have a sort of mourning ritual for their dead. There is a sense that the pachyderms are mourning the loss of their late relatives, herd members, and associates. 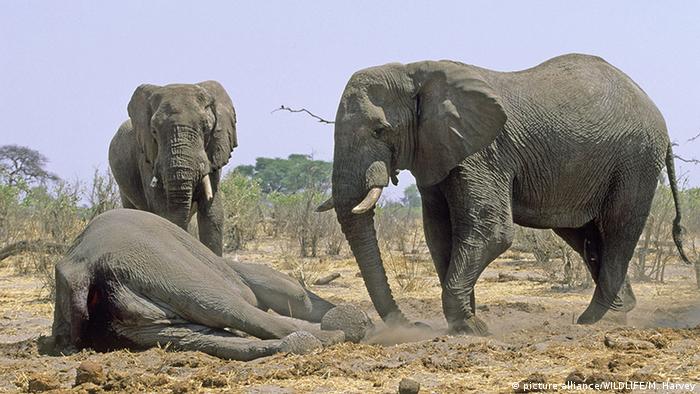 How Do Elephants Grieve Their Dead?

The researchers came to the conclusion that elephants mourn their dead after reviewing data collected during field observations of elephants who remained around the carcasses of their deceased mates' bodies. They also conducted a review of the literature on how elephants respond to the remains of other elephants to see what they found. Over the course of the study, they examined 32 original observations of wild elephant carcasses from 12 different locations across Africa.

Pachyderms were observed nudging and touching carcasses on a regular basis, according to the field observers. They also returned to the remains on numerous occasions at various phases of decomposition, from freshly slaughtered carcasses to sun-bleached skeletons. Elephants pay respect to dead is clearly exhibited through these actions.

Elephants express interest in the bodies of their own dead, but not in the bodies of other huge creatures such as rhinos or buffalo, according to the researchers. When it comes to dead elephant remains, they approach them in all states of decay, from freshly deceased to scattered bones browned by the sun.

Do They Have A Reverence For The Dead?

In addition to dolphins and chimpanzees, among other animals, elephants are renowned for their ability to display emotion and even empathy in their interactions with humans. Their reaction to the death, on the other hand, remains a mystery.

Do they exhibit the human trait of grief? Are they sad?

Despite the fact that science is still in its infancy, examples are accumulating. The bodies of their dead do not pique the interest of the other creatures in the area. African elephants are known to do so. The skeletons of their family members have been strewn. They have been observed to place one foot above the trunk of an elephant. After Eleanor, another matriarch on the Samburu Reserve, died in 2003, her relatives pulled and pushed her carcass for nearly a week, causing her body to become entangled. Some people swayed back and forth, while others remained motionless. Elephants can also tell the difference between elephant remains and the remnants of other huge creatures. When asked to choose between the skulls of a buffalo and a rhinoceros, they preferred the elephant's skull over both of them in interest tests. 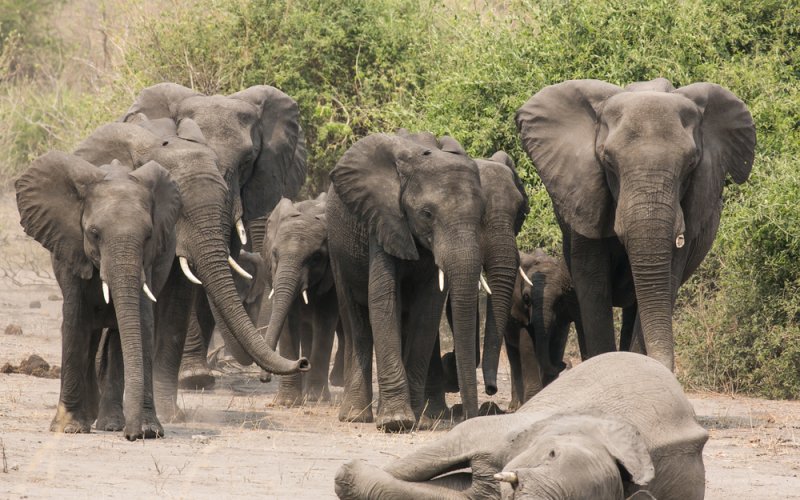 A herd of elephants coming towards a dead elephant

According to the authors of the study, Shifra Z. Goldenberg and George Wittemyer, “Elephants show broad interest in their dead regardless of the strength of former relationships with the dead individual.”

Historically, elephants have been observed to remain near the carcasses of other jumbos. Elephants that have died have been observed being lifted or pulled by the trunk as if to raise them have also been observed. As the researchers explain, During our own observations, we also witnessed elephants visiting and revisiting carcasses during which they engaged in extensive investigative behavior, stationary behavior, self-directed behavior, temporal gland streaming, and heightened social interactions with other elephants in the vicinity of a carcass."

Elephants in a herd live in intricate social groups and create long-lasting bonds with one another that continue for years or decades. Arguments that elephants grieve for their deceased run the risk of anthropomorphizing the creatures.

In spite of this, the recurrence of this well-attested phenomenon in multiple herds suggests that elephants' relationships with the dead have a social or biological function for the elephants involved. “Witnessing elephants interact with their dead sends chills up one’s spine, as the behavior so clearly indicates advanced feeling,” said Wittemyer, a member of the conservationist group Save the Elephants and a wildlife expert at Colorado State University's Department of Fish, Wildlife, and Conservation Biology.

“This is one of the many magnificent aspects of elephants that we have observed, but cannot fully comprehend,” he explained

Fan of nature, we have something for you. Click here. Animals mourn their dead, a video By BBC on Reddit is getting really popular. Here is what people have to say about it.

"Sentient life is surprisingly common on Earth. Pretty much everything from dog-level intelligence and and up is sentient, the ability to understand that they exist separate from other things. The key is sapience, the ability to reason, think logically, and communicate at a higher level, which only humans can do."

"How do we know apes, elephants and dolphins, etc can’t do these things? Because they haven’t invented wheels and started industrial revolutions?"

"I took a university course that was almost entirely dedicated to exploring how humans differ mentally from other animals and it's pretty interesting. There are some things that clearly differ but animals are smarter than we give them credit for."

"Sentience is just the ability to experience feelings and sensations, not to understand that one exists. Many more animals less intelligent than dogs are sentient."

"This reminds me of that story where a wildlife preservationist helped raise a couple elephants, and took care of then for decades.

After he unexpectedly passed away, a Herd of elephants showed up around his house, and stood still in absolute silence for hours. They did, and might still be doing this now, at the same time once a year."

It is still a mystery as to why elephants mourn their dead; however, we do know that the pachyderms are highly intelligent and gregarious animals with a reputation for having exceptionally long memory. And animals are much like humans too!